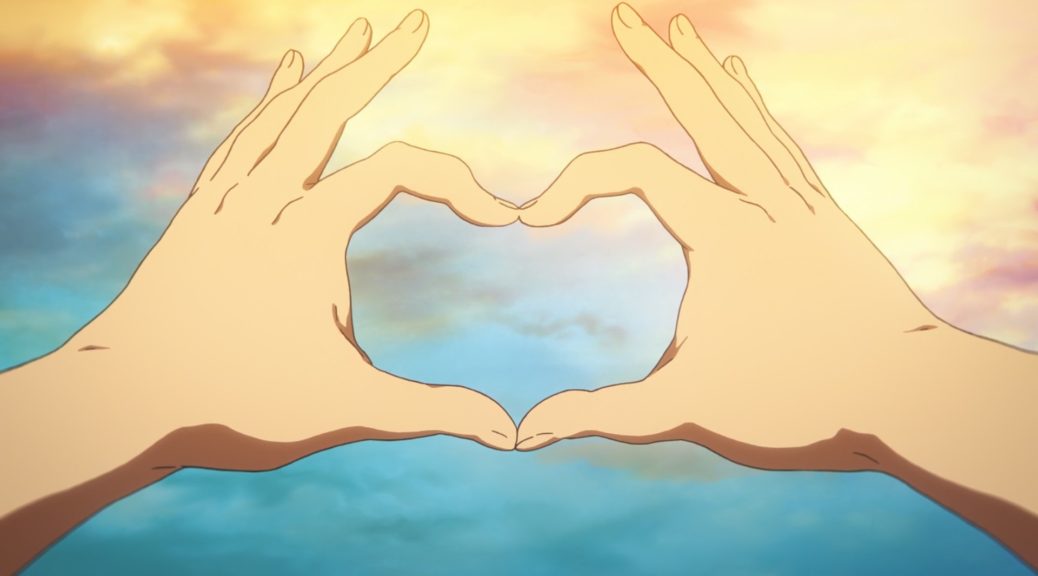 Last week I asked for a more moderate episode of Mob Psycho to have some breathing room for other series in here, and in the end we got a solo key animation work that could get pretty conclusively covered in its individual post. This show is nice to me even when conserving energy. Time for a change of pace then.

A while ago Crunchyroll managed to get streaming rights for the Hibike! Euphonium OVA, so I had been meaning to get a chance to talk about it. Not just because it’s a service we are on friendly terms with – though that helps, and acquiring a bluray bonus is admittedly very neat – but because it allows me to talk about interesting staff doing good work. And that means focusing on the increasingly fascinating figure of Taichi Ogawa. He joined Kyoto Animation as an inbetweener around 2008, and by the following year he had already become a regular key animator. His career kept on progressing until he got his chance to debut as director in 2012 with Hyouka; first as an assistant for episode 3 under his mentor Taichi Ishidate, and later by himself – storyboard and direction – for episodes 12 and 19. Perhaps debuting on the introduction to Kanya Fes, broadly believed to be the highlight of one of the best arcs the studio’s ever produced, was a sign of things to come.
But I have to admit – back then, I wasn’t a big fan. He had the solid fundamentals every animator promoted to director at the studio has, yet his work bothered me a fair bit; KyoAni episodes generally have a way higher number of shots than average because as a principle they don’t like to cut corners in that regard, but Ogawa seemed to go overboard with the fast cutting. I suppose it makes sense for a passionate newbie to have an overwhelming presence, a desire to frame everyone’s changing emotions through every single moment. This all seemed to compromise the actual flow of the scenes however, making him stand out in a way I wasn’t very fond of. And I have to admit again – I was very wrong. Not about the misgivings I had with his early work, but rather for thinking that he wouldn’t overcome those issues. While fragments of that approach still remain, he’s kept on improving through every single project he’s been involved with, partly thanks to his involvement with some of the studio’s most talented people. Nowadays he seems destined to become their new series director – he has already flirted with the role, having been Chief Enshutsu paired with Ishidate – and I couldn’t be happier about having misjudged his potential. Let’s get to the actual episode, which will help highlight his style as well. This OVA is a behind the scenes of sorts for the finale, framed through the band members that didn’t make it to the concert, and with a particular focus on Hazuki. It complements previous scenes, letting the viewer finally piece together the entirety of the events with some moments preceding and after what we had already seen. It seems like Ogawa also thought of this extra episode as a peek into the backstage; details like emulating a handheld camera and the rack focus make it feel like a documentary at some points – rather fitting since they’re doing logistics support rather than standing under the spotlight.
But the emotional core is Hazuki’s story, and that means Shuichi’s as well. During the series he had rejected her confession without giving much thought to it, but the situation is changing now; their interactions are understandably awkward, and we go from only Hazuki being bothered by their contact to them both feeling embarrassed. He’s finally paying attention to her selfless support and affection, and by the end he gladly accepts it – without her noticing anything, as she still foolishly feels her role is to support other people and their relationships, even as she finds her personal resolve. I really appreciate how there isn’t a single spoken line or piece of monologue by Shuichi explicitly stating his thoughts, yet it’s crystal clear how he feels. It’s through this visual depiction of emotions that Ogawa’s other strong influences leak through; the recurring focus on legs and walking mannerisms to depict mental states, such as this nervous trot after giving a speech, are pure Naoko Yamada. Ogawa grew under Ishidate and has further collaborated with him, but for the last few years he has been one of Yamada’s favorite partners, taking a big role on projects like Tamako Love Story – and presumably Koe no Katachi, since they overlapped on the studio’s previous TV series as if they were busy with the same project. If you want to look for Ishidate’s influence instead, look no further than scenes like this; it’s in the segments of his storyboards requiring more intricate and inventive layouts that you can feel it best. Ishidate is an animator first and foremost after all, despite also having evolved into a fantastic director.

We can tell this OVA was produced after episode #7 but that it needed to be quickly wrapped up – Futoshi Nishiya was its animation director, and he had to go finish High Speed! and prepare Koe no Katachi; KyoAni being the industry’s solidly planned anomaly means that it still only required 6 key animators for a rush job, yet there’s 3 assistant animation directors. No complaints either way, they did a solid job! The animation isn’t as rich as in the strongest episodes in the second half of the series, but it still manages to feature rather long sequences of expressive motion. Perhaps what stood out the most upon rewatching was noticing some scenes that look incredibly similar to the Koe no Katachi trailers. Not a big surprise though, seeing how Yamada took the same art director and even the photography director to the film. As you can imagine, we’ll be covering that extensively on the site as well!

Quickly moving onto currently airing anime, since as you can tell I have issues stopping myself from writing about things I love. The most exciting development this week came from what is still perceived as an unlikely candidate, despite having many animation highlights over the last few years. I don’t even follow the Pokemon anime anymore, but I find it heartwarming that when episodes like XYZ 35 surface, many long-time fans of the games express their amazement – and wishes that the series had been as strong back then too. The truth is that while it seems to be stronger than ever, notable action isn’t new to Pokemon. Everyone brings up the name of Masaaki Iwane when talking about this, and it’s for a good reason; he’s an unbelievable artist who hasn’t only key animated dozens upon dozens of episodes of the series by himself, but also manages to combine that speed with enough skill that they regularly feature the franchise’s best moments. But it’s not just him carrying the series, and he wasn’t even involved with this outstanding outing. This time it was Aito Ohashi – both as an animation director and key animator – leading the pack, accompanied by some notable young talent like Toya Oshima and Yasuhiko Akiyama. As someone who met Ohashi through mecha anime instead, I’m amused by him having become the idol of all Pokemon animation fans, but the series undoubtedly offers him chances to shine as the fantastic effects artist he is. Pokemon action leans toward static framing even at its best – due to inheriting the game’s rigid fighting concept perhaps? – so it’s also a big pleasure to see it getting a bit more dynamic this time around. It’s simply a fantastic fight, and I can tell you it’s not the last time I plan to feature Pokemon over here – let’s not forget that Shingo Fujii has some animation for the series scheduled!

And that’s as far as we go this week, having just covered a couple of series but with nice variety nonetheless. I have plenty of material available at the moment – a certain film that kept outstanding staff in a dungeon for years is finally coming out, a new Colorido short film got released, and Mob Psycho seems like it’s dying to reclaim this column. Cartoons are cool.

I wonder if Shingo/Iwane will be able to hold up to Ohashi’s wonderful spectacle of an episode.

Not sure about Iwane – don’t mean this as a dig, this episode was just phenomenal – but as long as the material is strong, Fujii can deliver on this level and more. He’s been on a break too so chances are that he had enough time to draw something he was confident about.

is it possible for eupho s2 to have the same production value as it was in the s1 ?
everyone at KyoAni seems busy atm …

Should be similar if not better! The animation for the first season improved gradually because a bunch of people were busy on the Kyoukai movie, which premiered a month after the show started and thus only freed up staff late into the production. Koe is seemingly a 2hours+ monster project, but they’re wrapping it up this month (since there’s prescreens already) so even its staff will get to show up on S2 rather normally. If you want some big names that are likely to change: -Takemoto: Could only direct one episode of S1 because of High Speed, should be fully… Read more »

Thank you very much!
Your answer was very helpful, I love you bro.

Any blog writers intending to cover Under the Dog?

Maybe next week if I get around to it. Can always do with some Ando action in my life.

Forget to ask, is there any interest in covering high speed movie ?
Everyone seems to not carrying about it …

Hyouka is one of my favorite series so I kinda have to watch it!

Several paragraphs in I forgot this was a Weekly Highlights post, and assumed it was just about Euphonium! lol
Not that I mind at all. Every bit I can get on its production is much appreciated. Thanks kViN!