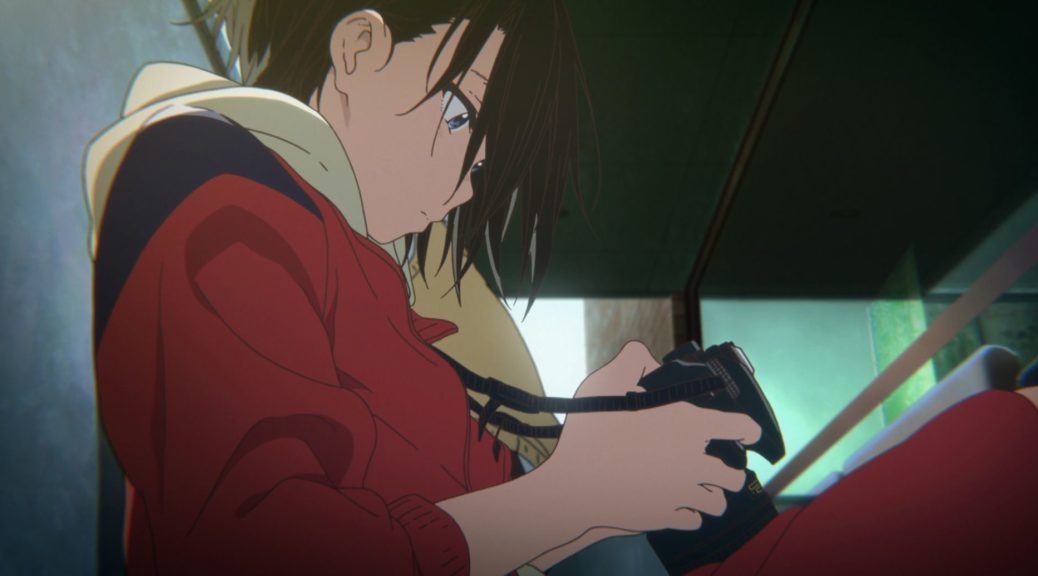 Maybe I should have kept a silent voice if I intended to keep the contents of this post a secret.

The Weekly Highlights arrive later than usual this week – not due to a shortage of things to talk about, but rather as an attempt to pad all the content we’ve had on the site. On the contrary, it’s been quite the week for people who enjoy well-crafted cartoons! The relatively lesser episode of Mob Psycho still got to shine in some isolated sequences, Takashi Torii appeared once again to cheer up Nanatsu no Taizai fans, and even Dragon Ball Super of all things finally featured its first genuinely noteworthy piece of animation by the hands of Toei’s busy ace Naotoshi Shida – hardly a standout from his repertoire, but that weekend had double the proof that he’s better off drawing wobbling FXFX: Shorthand for effects animation – water, fire, beams, that kind of cut. A pillar of Japanese 2D animation. than producing ordinary storyboards. Things are shaping up well for the next season too, now that it’s less than a month away. The obvious standouts like Flip Flappers and Yuri on Ice look stronger anytime more promotional material is shown, but even lower profile projects started baring their teeth; Hiroyuki Aoyama’s Fune wo Amu wants to bring refined character animation to noitaminA, and the confirmation that Tetsuya Takeuchi will be Izetta’s action animation director automatically puts that show onto the shortlist of fall anime to look out for.

So with that much current material to talk about, what will I focus on? A movie that most people reading this won’t be able to watch for about half a year, of course. Again. Stop reading if you intend to avoid any details about Koe no Katachi, because I’ll be looking at all the promotional material that has surfaced over the last week to compare it with the original manga. What has changed, then? Seemingly nothing, but also everything. Most shots are instantly recognizable if you have read the serialization, but they’re also not quite the same. The framing of manga adaptations is very often based on the original, to the point that the comic can become a strict storyboardStoryboard (絵コンテ, ekonte): The blueprints of animation. A series of usually simple drawings serving as anime's visual script, drawn on special sheets with fields for the animation cut number, notes for the staff and the matching lines of dialogue. More. And serves to say, that’s not ideal; a sequence of widescreen shots and a series of panels are fundamentally different, so each medium should play to its inherent strengths. Playful paneling has no direct translation to animation, much like how nuanced character acting and impressive composite have no real equivalent in b&w manga. These all deal with concepts shared by both formats – scene flow, non-vocal expression, striking art – but have very different tools to execute them. There can be excellent anime based off manga that stick to their original framing, but no excellent adaptation does so.

Let’s see what that specifically means in the case of Koe no Katachi. The constant layout changes obey to medium specificity as previously mentioned, but there’s also a clear thematic intent. And a very simple one too – a focus on hands. This has been apparent since the very first teaser, and it’s only become more obvious ever since then. Using hands to quietly portray emotion is a common trick, but it becomes a lot more appropriate in a film about non-verbal communication and with sign language as a major component. The manga mostly got away with a handful of drawings incidentally depicting shapes, but the movie actually embraced its usage. It’s very present and fully developed in the PVs, and the staff have mentioned they want scenes with sign language to be just as eloquent as a facial expression. Naoko Yamada is notorious for using leg shots for similar purposes, so she only had to tweak her approach a bit for this film. Hands, hands, and more hands. That’s how this film speaks.

It would be a bit of a shame if the job of the director was simply to record the same events from different angles, though. Thankfully there’s more to it, since the film is an actual reinterpretation. Even when events remain the tone isn’t quite the same; there’s more restraint to scenes that originally bordered on histrionic, and more nuance to the characters’ expressions – emotions that previously existed but were invisible are now apparent, like hesitation when putting the blame on a friend. People have been talking about the gentleness of the film, which is definitely a new approach to this story. A tale focusing on bullying and the scars it leaves is inherently nasty, but comically overselling and ignoring it’s also about warm relationships pushing people forward does it a disservice. The message won’t be clearer by yelling more, which is what the manga felt like at times.

This elegant direction particularly stood out during the NHK preview of the film. The isolation process Ishida suffers after becoming a bullying victim, fueled by his self-hatred and fear of intimacy, is concisely depicted. Solid visual concepts are borrowed and expanded upon; the faceless classmates are introduced via an incredible sequence of character animation, which immediately makes his highschool feel like a busy and lively place… full of people that Ishida refuses to truly acknowledge, as is revealed when he finally stops looking down. But those flashy moments aren’t everything, or even necessarily the best ones. I personally found the playful music stopping the moment that Shouko got visibly hurt the most striking – definitely more impactful than the manga’s attempt to create a similar mood whiplash – and the montage mirroring the bullying she had suffered is cruel in its beauty. Incidentally, the ear (耳) in the movie’s new logo is bleeding red through an edge – alluding to this incident perhaps? A really neat detail if that’s the case. It’s not as if the Koe no Katachi manga is notoriously poor at conveying emotion, though it is rough around the edges and makes it easy to tell the author wasn’t very experienced yet. But if you put that framework in the hand of creators with more finesse, it’s easy to see how much better that story could have been – and seemingly is now! Execution is not a binary good/bad matter, and there’s a huge gap between functional and powerful. I’m looking forward to seeing how much more impact this adaptation can have, despite reportedly making no fundamental narrative changes at all.

Will the coverage of a movie that isn’t even out yet stop? Probably yes, until whenever I get to see it. There might be something brief when the full staff pops up, but look forward to something entirely different next week!

The manga does lean on its soap opera melodrama, but it’s delicious heartbreaking melodrama. Can’t wait to see what Yamada does with the material. I can imagine she will play up the ear injury, especially that moment when Ishida sees the scar again~

One of the first replies I got to this was someone who’s seen the movie in one of the private screenings confirming it really is more restrained and (relatively) pleasant, so wasn’t far off with that! Kinda dying to check it out myself.