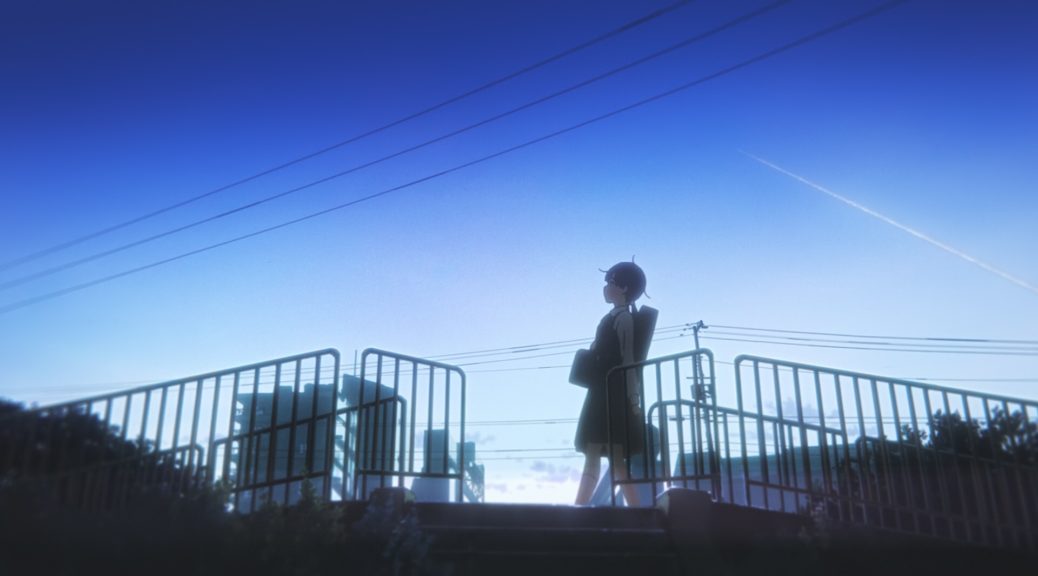 The weekly translations by megax related to the work of Naoko Yamada continue, this time focusing on her favorite scriptwriting companion Reiko Yoshida. Enjoy!

Welcome again to another week of “Naoko Yamada Season!” This week, we head back to Tamako Love Story for an interview with Reiko Yoshida, the scriptwriter for the film. Yoshida has handled the scriptwriting duties for all of Yamada’s projects, so she sets forth the main story that Yamada will tell visually. I chose to translate and highlight this interview because it’s a good introduction into how Yoshida herself feels about Tamako as a franchise in contrast to Yamada’s own vision of their creation.

– What kind of movie is Tamako Love Story?
The film is just as the title says it is. Our viewers are able to see emotions and expressions of Tamako that were never shown in the TV series.

– What points of the film would you say are highlights?
As the tagline for the movie says, the film is “Tamako, peeled away.” All of the portions where Tamako’s true self is hung outside and her outer layers peeled away would be called the highlight of the film. Also, the parts where Tamako and Mochizou’s relationship, which had been quite stable to this point, begins to waver a bit and starts to change are also big points to mention.

– What did you choose to make a “love story”?
When we were starting to make this movie, there were a lot of ideas thrown around, but the concept of a love story gathered most of the story parts that the director wanted to cover. One phrase among those ideas was “Tamako standing at the entrance to the universe.” I thought we could make that image into a movie if we use a concept of learning to love Mochizou as a pillar of the film.

– What kind of feelings does a “love story” describe for you yourself?
As a movie, I think it’s a simple direction to head in. We had determined already that this film would be Tamako’s story, so rather than try and fit in so many plot points, we would make it more simplistic. From the time we put “Tamako Love Story” as the temporary title for the film, we did not waver from that goal. This title manifested as a symbol of our determination. (laughs) I wondered whether or not we could make everything feel satisfying if we went in a straight line without veering off at different points for the film.

– From your perspective, what is “Tamako-esque”?
Tamako is the kind of girl who puts others before herself and leaves herself behind. Also, she’s recklessly positive. (laughs) She never wants to be pessimistic, so you wonder if there’s any pessimism in her heart at all. You feel like she’s the girl who always wants to see the positive side of things.  In the movie you’ll get to see the real Tamako, her burdens, and how she became that positive girl.
Mochizou was brave and expressed his feelings to her straightforwardly. Therefore, you have to see Tamako’s reaction to being confessed to. While you’re aware that it’s the usual Tamako, there’s some new confusion that’s not usually seen in her. It became that kind of scene.  The director ordered it to be a point similar to how older people talk about chaos occurring suddenly. Since Tamako didn’t want to hurt Mochizou, that kind of reaction came out of her.

– The confession scene was a very delicate portion of the film.
I think Mochizou was stumbling around a bit since he couldn’t force himself to confess previously. Perhaps I should say he gave it his all once he grabbed her hand. (laughs) That scene has the Mochizou and Tamako-esque feelings brought out to the forefront in it.

– Speaking of Mochizou, starting with his narration was quite impressive.
I wanted to point out that the beginning of the story was Mochizou falling in love with Tamako and confessing to her from the very start of the film. I purposely wanted to begin with that in order to make an impression that this film is a story where you get close to their feelings for each other. 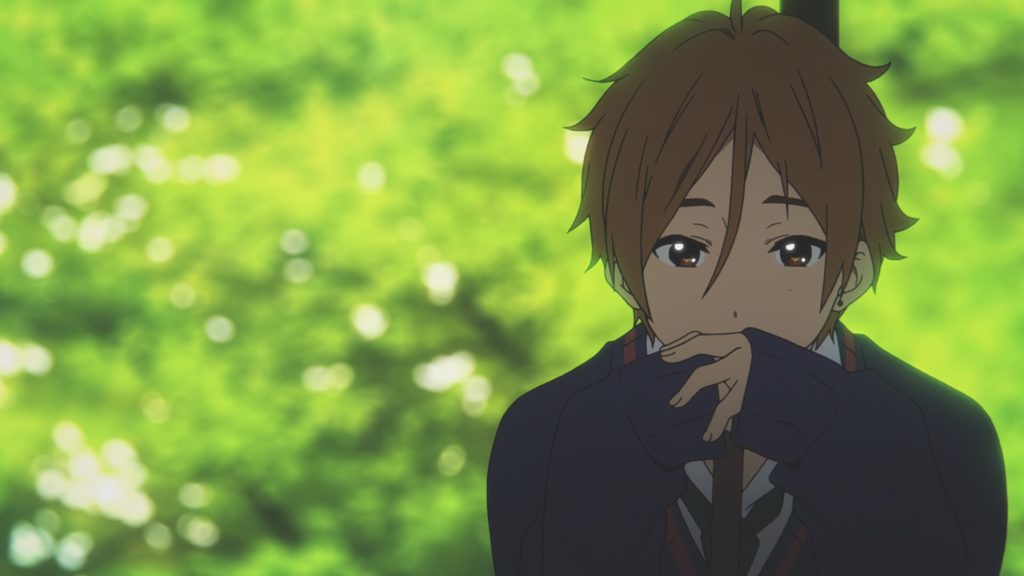 It’s a story about high schoolers flapping their wings and taking their first step into the universe from the  small world they live in.

– Please tell us about each of the main characters.
This movie depicts everyone heading outside step by step. They’re all teenagers who live in that constrained world of school, home, and with friends, so I think this is a story where everyone flaps their wings and starts to head out through the entrance to the universe.

Tamako
She’s a clumsy girl. Perhaps I should say that she can’t do anything that she doesn’t feel positive about. You’ll never hear complaints from her. I think in the movie she becomes a bit more flexible. I feel that once she recognizes various things around her, then she becomes an adult.  As humans, our stubborn points gradually become untied as we get older.

Mochizou
He’s a good guy who treats his relationship with Tamako as important and so he won’t push the issue. (laughs)
Depicting a side of Mochizou that wasn’t shown in the TV series was fun.  I felt Mochizou himself was more fascinating when he was coming to terms with negative things rather than when he stepped forward or confessed.

Midori
She’s always struggling with her inner conflicts while in a haze. In the end, she’s able to get over her problems.  I think this time Midori changes to consciously graduate from the relationship she’s had with Tamako previously and wants to start a new relationship with Tamako from here onward. That’s where she herself comes to accept Tamako and Mochizou’s relationship. As their relationship changed, Midori also grew up with them.

Kanna
She’s able to sense what everyone is feeling. One of her good points is that she always worries and supports everyone in her own style.
The tree climbing scene too was not only for her to get over her fear of heights, but also for Midori’s sake as well. She may have wanted to try that herself, but it wasn’t that big of a challenge for her to overcome. She’s an unshakeable girl.

Shiori
She has that image of a girl who would be hesitant in the real world. She’s the type of girl who would decide what is cool by what she sees the other people around her doing. Therefore in the movie she decides what to do by herself for the first time and acts on it by herself.  Shiori in her own way is another girl who wouldn’t waver.

Anko
Anko has the role of watching over Tamako and Mochizou as they are being awkward and wavering around one another until Tamako realizes she loves him in this film. Having known how Tamako reacted to being confessed to, she’s in a more difficult position than Midori, Kanna, or Shiori. She’s fundamentally a child, but she’s that calmness between Tamako and Mochizou. Additionally, she’s a younger sister who looks cynically at older people. That kind of dialogue and acting is part of her charm. Also, since she saw Mochizou countless times in embarrassing positions, there’s utterly no way he could ever hold his head high around her. (laughs) 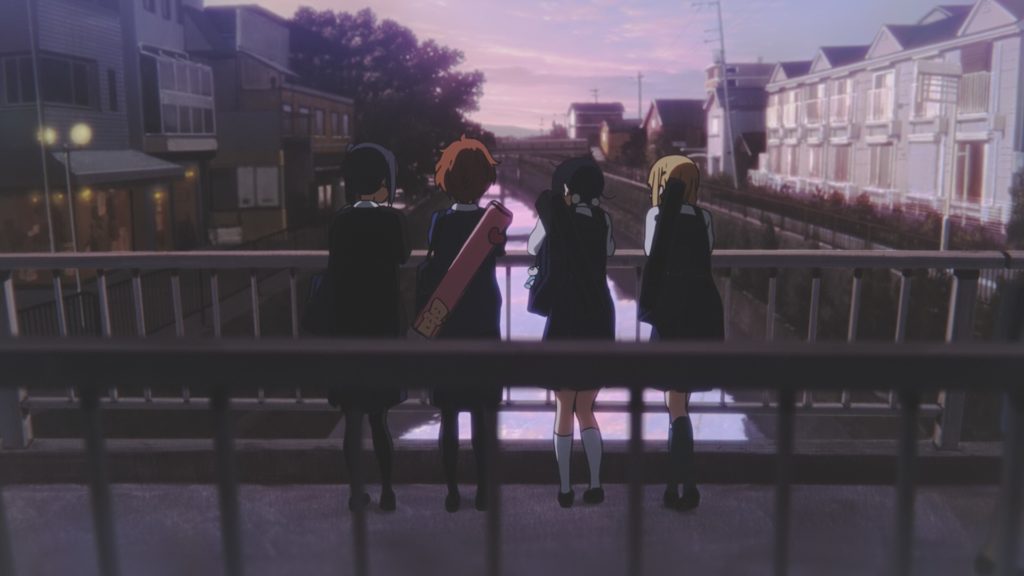 Tamako is very immature when it comes to love.

– What is your favorite scene in the film?
I love the scene when Midori and Kanna are running across the school grounds and climbing the tree. It’s the scene where Midori gets over all the feelings she’s carried to that point. It’s a point where, characteristic of puberty, there is this explosion of undescribable emotions and then getting over them.  The main story is pursuing the romance between Tamako and Mochizou, but veering off and seeing the other characters feels adolescent as well.
Also, the scene where Fuku is loaded into the ambulance is an important part where Tamako becomes aware of Mochizou. Up to that point, she’s not had anyone she could rely on but here comes a moment where she doesn’t feel uneasy relying on him. At that scene, she becomes aware that she could see him as a boy.

– How were you able to depict the sweetness of the girls in this film?
I stressed each girl’s own cute traits. Rather than go by age, I went with their romantic age instead. I believe we all have a romantic age. Just like your physical age and mental age, your romantic age is the amount of time that you’ve been aware of love.  In that meaning, Tamako’s very immature. (laughs) Thusly, I was conscious that she would have a sweetness that reflects that immature in romance by doing things like “I’m stuck like this, what is the best thing for me to do.” Incidentally, Midori may look old romantically, but with how awkward she is, she’s definitely immature. (laughs) The one who’s older than they look is probably Anko.

– This movie was a straightforward “romance” that appealed to many age groups, wasn’t it?
I thought it would be nice for people to feel an innocent falling in love story when they see the film. When you become an adult, you begin attaching complicated reasons to things. But Mochizou acts simply in a “I like her and that’s enough” method instead of thinking about complex things with Tamako. Rather than thoughts, his head is full of romantic feelings. That kind of lack of room is very embarrassingly immature. After I finished writing, I wondered if this love would last when they became adults. (laughs) It was certainly embarrassing, but in your teens, that “I love you because I love you” simple romance is important for you.

“Is Dera-chan okay?” and wondering about loneliness

– Please give a brief statement on the “Dera-chan in the Southern Island” short also screened.
This time we went with a straightforward love story, so there was no room to fit in any fanciful elements like Dera. But it would be lonely if Dera didn’t show up! So I wrote that while I felt “Are you okay? What are you up to?” inside me for him.

– Finally, please give a message to all the fans.
Feeling embarrassed is a lovely emotion, but what is embarrassing is only known to each of us inside us. While you may have a “this is great” feeling while watching the movie, there may be a “that’s embarrassing!” sensation as well. Please experience that feeling as if you’re standing at the entrance to an unknown universe while watching.