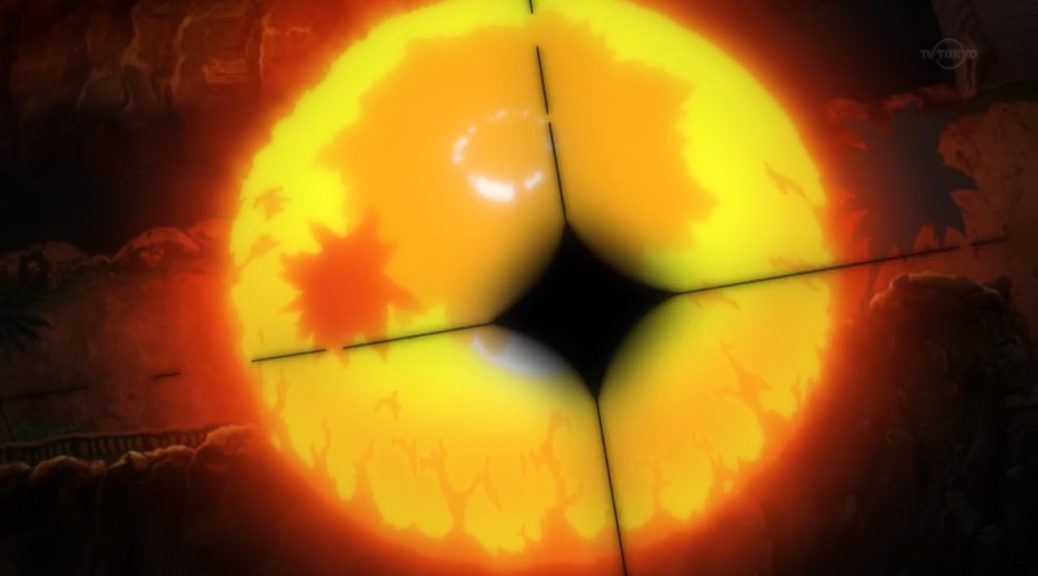 Do we need some rebranding if Pokemon becomes the show with Digital Monsters?

Pokemon’s TV anime has garnered more attention than it received in seemingly many years due to its notoriously distinct Sun and Moon reboot. As fans wondered where these massive changes came from, a very interesting piece of information surfaced: OLM, particularly Hiroyuki Kato’s Team Kato in charge of the Pokemon series at the moment, were majorly moving towards fully digital 2D animation. This is a well-documented process that we have seen other studios like Tatsunoko aim towards, and that they have commented on at length themselves. Let’s not fool ourselves into thinking this is a pure and selfless move for the sake of art – they have made it patently clear that they’re embracing new approaches because on the long run they will simply be more efficient, which is what just about any company wants. But no matter what the cold and rational motivation may be, the fact is that it does affect production on an artistic level, so it’s worth looking into it if you care about that.

When it comes to technological advances in anime production, the general rule is that every new method opens up the door to innovation, while also still allowing everything that was possible before. This applies to fully digital 2D animation as well – everything you see done on paper theoretically can be drawn on tablets, though obviously each format leans towards different styles. We’ve had digital animators for long enough to have a solid grasp of what that entails, especially since there’s a clear distinction between traditional artists and those who joined the industry while already drawing digitally.

What does that exactly mean for Sun and Moon? A positive evolution in some aspects they were already exploring. I’ve written at length about how the usage of 3DCG backgrounds can realistically enable way more dynamic camerawork, something Pokemon has been attempting to give more life to the often static action layoutsLayouts (レイアウト): The drawings where animation is actually born; they expand the usually simple visual ideas from the storyboard into the actual skeleton of animation, detailing both the work of the key animator and the background artists.. Expect them to move further towards that direction, as individuals like Shingo Fujii already have a tendency to perceive animation as a three dimensional space even when drawing the backgrounds themselves by hand; in that regard, his work on the opening is clearly reminiscent of scenes he’s drawn in other shows. Giving this sort of depth to the surroundings is one of his fortes, and something we’ll hopefully see more of in the series. Leaving him personally aside and looking at the changes on a more purely stylistic level though, some classic webgenWebgen (web系): Popular term to refer to the mostly young digital animators that have been joining the professional anime industry as of late; their most notable artists started off gaining attention through gifs and fanmade animations online, hence web generation. It encompasses various waves of artists at this point so it's hardly one generation anymore, but the term has stuck. quirks will become more common – the superstylized and flat debris and FX, lineart seemingly vanishing, and a bit of a sacrifice of nuance for the sake of bombastic animation. Pokemon is going to change, and mostly for the better.

But implying that’s all it took to revolutionize the franchise is misleading – since only a fraction of animators in the project are drawing digitally – and ignores a more fundamental change. The new character designs are a radical departure, with their rather cartoony art that facilitates lively animation. It’s true that 2D digital craft is suited for flashy sequences, something OLM themselves have expressed and that you might have noticed already by observing prominent webgenWebgen (web系): Popular term to refer to the mostly young digital animators that have been joining the professional anime industry as of late; their most notable artists started off gaining attention through gifs and fanmade animations online, hence web generation. It encompasses various waves of artists at this point so it's hardly one generation anymore, but the term has stuck. animators. That said though, the new design philosophy is a separate issue from the new tools; the wild and loose cuts and charming drawings we’re already seeing are both a gift to the production team and an attempt to be cohesive with the generally more light-hearted feel of the series. The angular designs Ash and his friends had have been discarded for rounder and more pleasant versions that simply fit the style of the series better. Groundwork that allows for tonal cohesion and makes the artists feel more comfortable seems like an all-around improvement, as much as adult fans who worried their kids show didn’t look cool enough disagree.

Achieving this is not purely a matter of lowering the level of detail, though stylization is definitely a core factor in drafting designs that are genuinely geared towards motion. The expressiveness gained from animation-friendly designs is of a kind that isn’t particularly common in anime; the medium’s limited animation leans towards exaggerated static expressions to convey states of mind, whereas this allows to articulate the switch from a normal state to an extreme. We’ve been covering KyoAni’s works at length on this site so you might have seen plenty of examples of this rich approach applied to low-key dramatic moments, but Pokemon Sun and Moon is in the opposite end of the spectrum and heavily focuses on extravagant comedic animation. These two shots might look similar at a first glance – amusing character art that brings life to the series. But the former is an example of this static exaggeration, whereas the latter exists organically within a sequence that is better appreciated in motion. As a fan of animation I inherently respect the value of that, but I ultimately don’t think it’s an inherently superior approach that should prevail at all times. The fact that the show embraces both illustration and movement as expression is something I find very positive.

It’s also worth noting that there is a final factor that is seemingly unrelated to everything I’ve been talking about here, which deserves more credit than it usually gets; I’ve mentioned this before, but there is no more effective animation magnet than animation itself. Projects that feature excellent craft catch the eye of talented folk, who then want to work there as well. Yoshimichi Kameda embodies traditional animation so he obviously wasn’t attracted by the more digital-friendly environment, and his fantastic scene in the opening sequence wasn’t really enabled by the more stylized designs either. And yet this was the first series in the franchise where he showed up as a star guest. You could even see him talk about it with Shingo Fujii on twitter – two of the animators sitting at the absolute top of the industry happily praising each other’s work on Pokemon.

This doesn’t mean that Sun and Moon will suddenly become a long running Space Dandy, but the idea of more interesting guest artists showing up attracted by the interesting work seems rather likely – and despite the example I brought up the new approaches do matter in this regard, as we could see more digital animators arriving through acquaintances to a project where they will feel welcome, plus people with cartoony tendencies that are compatible with the project. There’s a caveat to this, of course: Pokemon’s production cycle is exceptional even amongst non-seasonal anime, being rather ridiculously ahead of the broadcast; you might recall that 3.5 months ago in this same column I mentioned Shingo Fujii had animated something for the franchise, information that at that point was already many months old – and that turned out to be for Sun and Moon. It’s not as if the regular flow in these cases is for animators to watch something they’re entirely unconnected to on TV and decide to work on it, but contacts happening during preproduction means they were very early in this case. That’s a minor limitation though, and what truly matters is that they seem to have created an attractive project for interesting creators and started to embrace tools that make new waves of artists comfortable, while at the same time making the series feel more cohesive than ever.

I’m so sorry about these titles, I swear I am.

You know, this discussion on digital production is making me think of something. Specifically the question of how this works in regards to subcontractors or animators who might still use traditional methods working on the show. And how exactly would, say, one if the inbetween studios working on the series would be able to utilize a piece of digitally made Keyframes.

Sorry, I mean to add “If the inbetween studio still draws said frames on paper”

IIRC they print it out, but I can’t remember where I saw this.