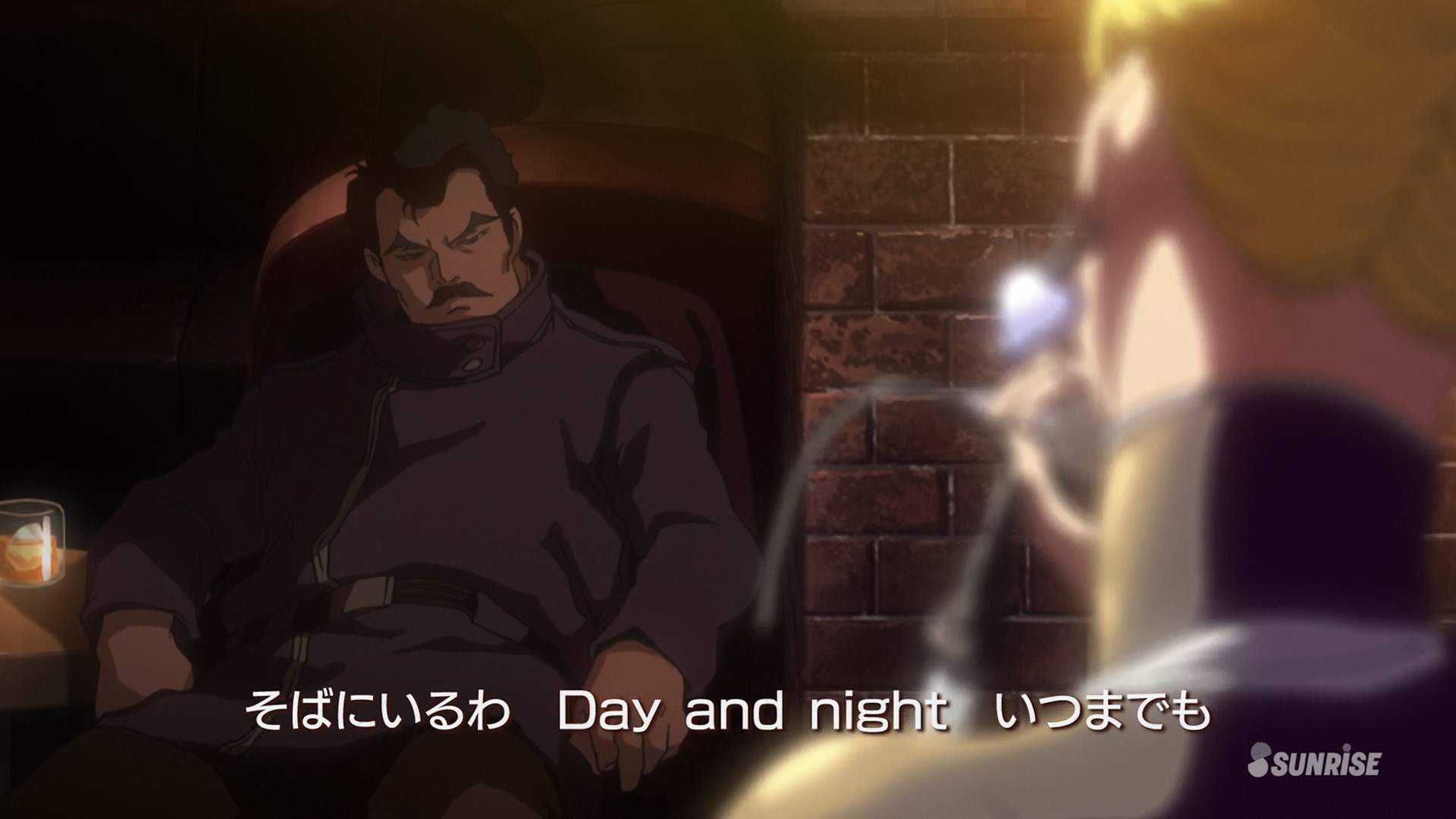 The fourth episode of Gundam: The Origin was recently released, bringing conclusion to the Char and Sayla arc – though as you can imagine, it was more of a Char arc with Sayla as a special guest. A full adaptation of the series with impressive production values isn’t feasible with Sunrise insisting on having multiple threads of Gundam production at all times, so the compromise is to instead focus on iconic moments, one at a time. It’s not as compelling narratively, but speaking as a fan they’ve been a decent enough take on them. It’s also weird to experience a Gundam series with these production priorities; the 3DCG mechanical work simply gets the job done, whereas the 2D character animation is rich and expressive. Even when it comes to the action, they clearly steal the show. Either way, that’s it for about a year until the next arc begins, the credits are rolling now… 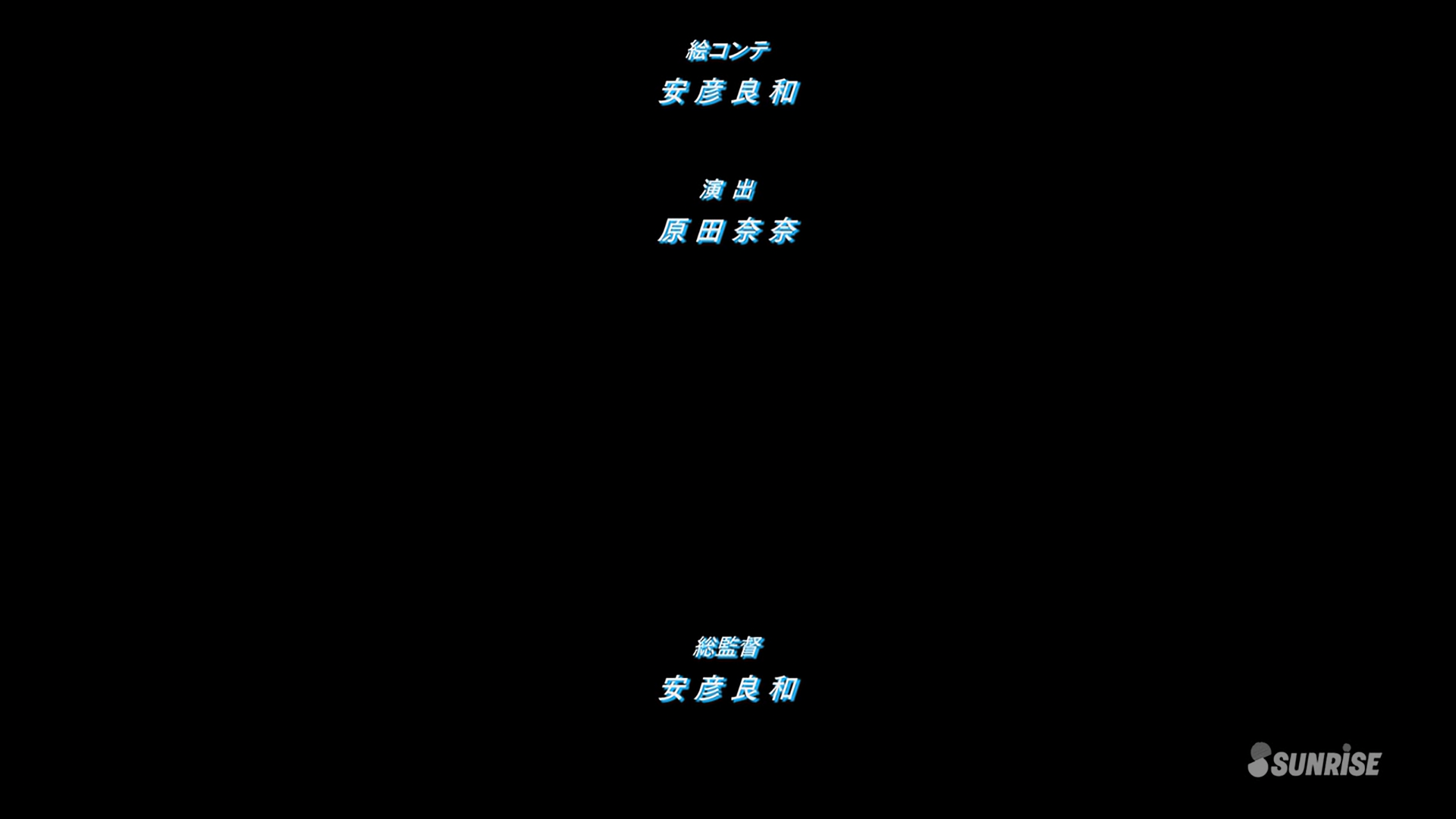 Wait, that’s weird. Storyboarder, episode director, and chief director are there, but there’s a mysterious gap where Takashi Imanishi should be as the series directorSeries Director: (監督, kantoku): The person in charge of the entire production, both as a creative decision-maker and final supervisor. They outrank the rest of the staff and ultimately have the last word. Series with different levels of directors do exist however – Chief Director, Assistant Director, Series Episode Director, all sorts of non-standard roles. The hierarchy in those instances is a case by case scenario.. He was clearly in there in the first three episodes. 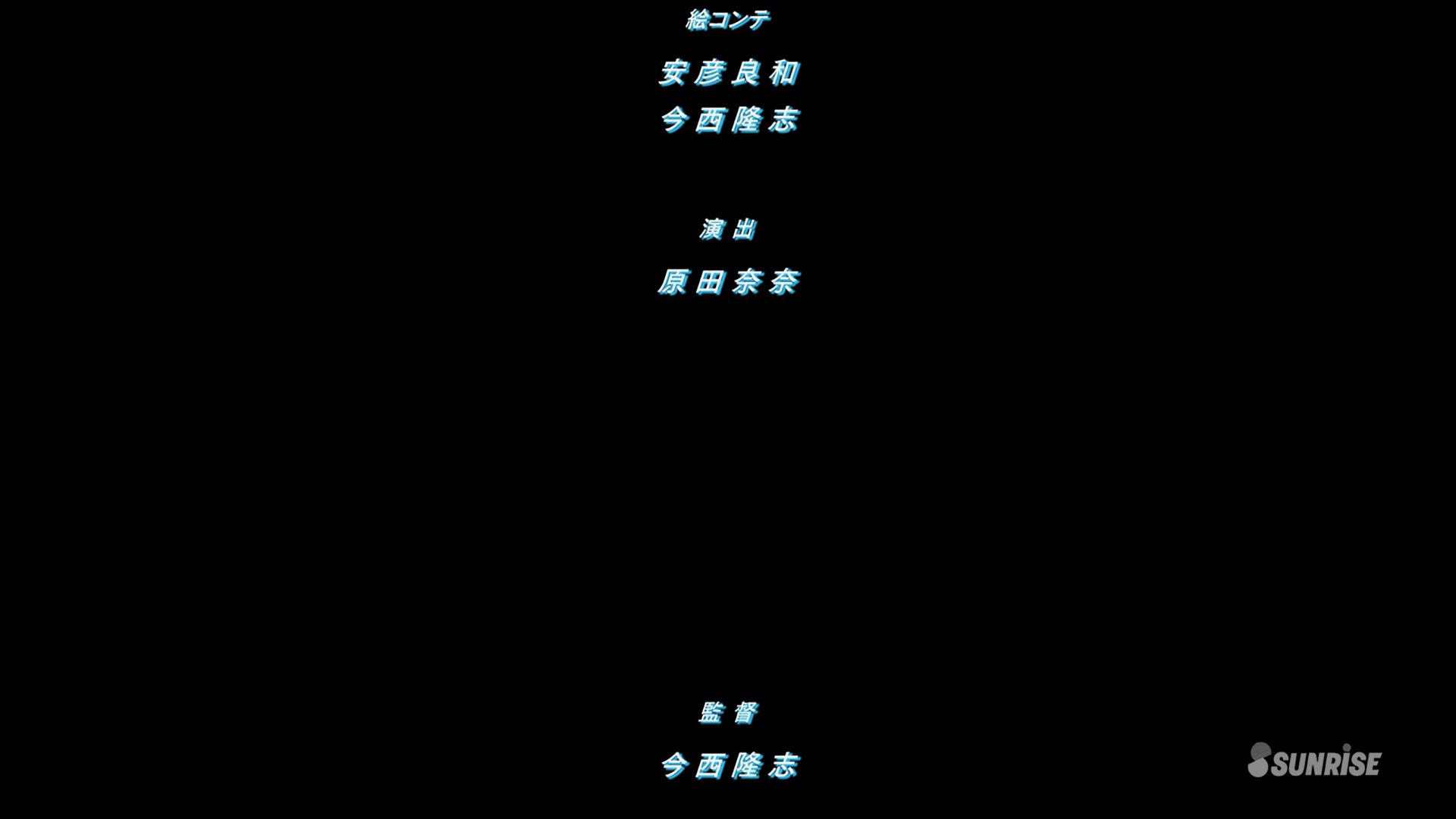 The truth is that his absence is no mistake. As a friend of mine noted, his name had been suspiciously missing even from the promotional videos lately. Feeling curious about it we went on to ask an acquaintance who happens to be involved – I’d rather not reveal their name / online persona just in case, but chances are that you can guess who it was if you pay lots of attention to these production matters. The answer we got was rather unexpected; after wondering if the rumors had popped up already, our industry pal explained that Imanishi had appeared terribly drunk on a prescreen event that was attended by Bandai executives and the press, which definitely wasn’t the brightest idea of his career. And hopefully not the last idea of his career since he won’t be coming back to Sunrise DID as a CG director in general either. Chances are that he’ll be blacklisted for life on anything Bandai have decisive power over.

The inherent comedy of the events aside, this is obviously not a positive situation. Gundam: The Origin might not be the impossibly ambitious project fans dreamed about, but its scope is still rather massive; high profile theatrical OVAs being released twice a year, requiring both 2D animation and CG departments to produce strong work while not falling behind on schedule too much. And it’s tricky on a conceptual level as well – it’s adapting bits and pieces of a larger story that weren’t meant to be cut into this format, and requires balancing a grand tone that could quickly turn into a parody of itself. Losing the director on such a project is a harsh hit… though perhaps not as bad as you’re imagining. In fact, we’ve been told that they plan to continue without a series directorSeries Director: (監督, kantoku): The person in charge of the entire production, both as a creative decision-maker and final supervisor. They outrank the rest of the staff and ultimately have the last word. Series with different levels of directors do exist however – Chief Director, Assistant Director, Series Episode Director, all sorts of non-standard roles. The hierarchy in those instances is a case by case scenario.. That’s of course only possible – though far from standard – due to the presence of other directional roles. Yoshikazu “YAS” Yasuhiko has been involved with the Gundam franchise since its very inception, and had been acting as the Origin’s chief director; rather appropriately too, since he wrote the fantastic manga this series is based on to begin with. From this point onwards he’ll have even more responsibility, though it seems like he will delegate tasks he doesn’t excel at – like those related to mecha scenes – to other people. The biggest change appears to be the weight of the episode director role, however; with Imanishi gone, they’re going to have a way heavier creative input in the production process. At its driest, the episode director role can translate to a supervisor that simply ensures every step and department is functioning properly, but in cases like this they get to have a say in what is being made – closer to the idea people have of directional roles.

Ultimately this isn’t the most instructive article – it highlights a rather unusual situation in which the multilayered direction system has to adapt to drastic changes, but I didn’t feel it was the right time to go very in-depth about their responsibilities and tasks. Instead, let this be the chronicle of yet another curious event in the anime industry. So that in a few years a curious fan can casually look up what happened to Gundam: The Origin’s director that caused him to vanish from the project, only to find out he got inappropriately drunk in front of his superiors.

A shorter post this time around so I don’t overwhelm readers after the massive one yesterday! Hopefully it was… amusing, I suppose.