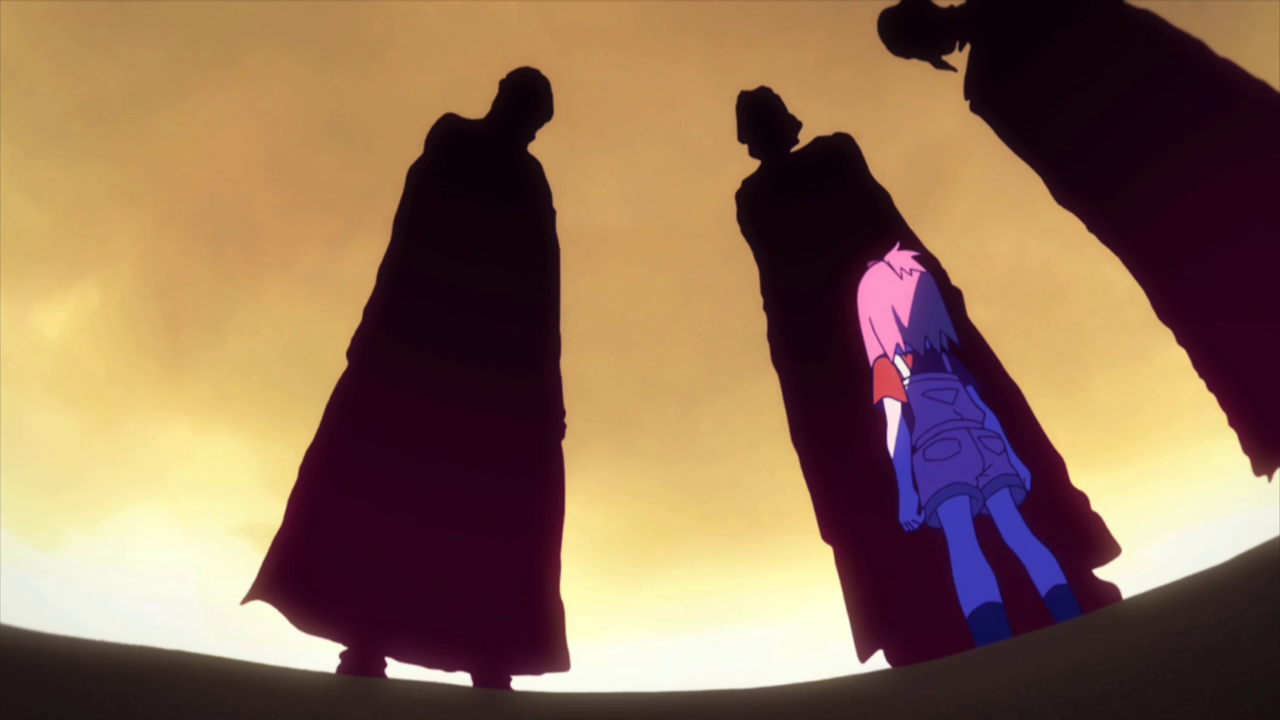 The time to address the conflict between Yayaka and the organization she worked with, as well as her team mates Yuyu and Toto, finally arrived. And to the surprise of no one, it led to a rather tragic resolution. The last couple of episodes had made Yayaka’s internal struggle crystal clear; torn between her strong determination to follow her mission to collect fragments no matter what, or help her friend and unlikely foe Cocona when needed. This episode revealed that the organization gave her a place to belong and that she originally became closer with Cocona on their behalf. Yayaka’s exact motivations are still shrouded in mystery, but her feelings aren’t – this episode is patently about jealousy, mirroring Yayaka and Cocona’s situations; the former feels like Papika has stolen her place alongside her friend, while the latter doubts the very foundations of her relationship with Papika, thinking she’s just acting as a substitute and feeling jealous of the phantom of Papika’s old partner Mimi. Yayaka’s determination is so strong she manages to bring herself to hurt Cocona, but in the end she couldn’t bring herself to stab her friend to recover the last fragment hidden in her flesh. Perhaps a victory for their friendship, but she lost the place where she belonged and was severely injured by her former team mates. Meanwhile, the more fragments are recovered from Pure Illusion, the more Papika’s perception of reality changes.

This episode was also the parting gift from our favourite background art company Studio Pablo, as they’re leaving the series and their art direction duties. In a sad twist of fate, the last Pure Illusion they had a chance to paint was for the most part an empty white world. Pablo still delivered their usual quality in other scenes but as a fan of them, I hoped for a more breathtaking farewell. Despite this restrained last appearance though, we should be glad they were tasked with this project; Flip Flappers is a series fueled by creative power and inventive design, and it has enabled some of their most striking work. Here’s hoping they’re given more projects filled to the brim with exciting settings to develop. 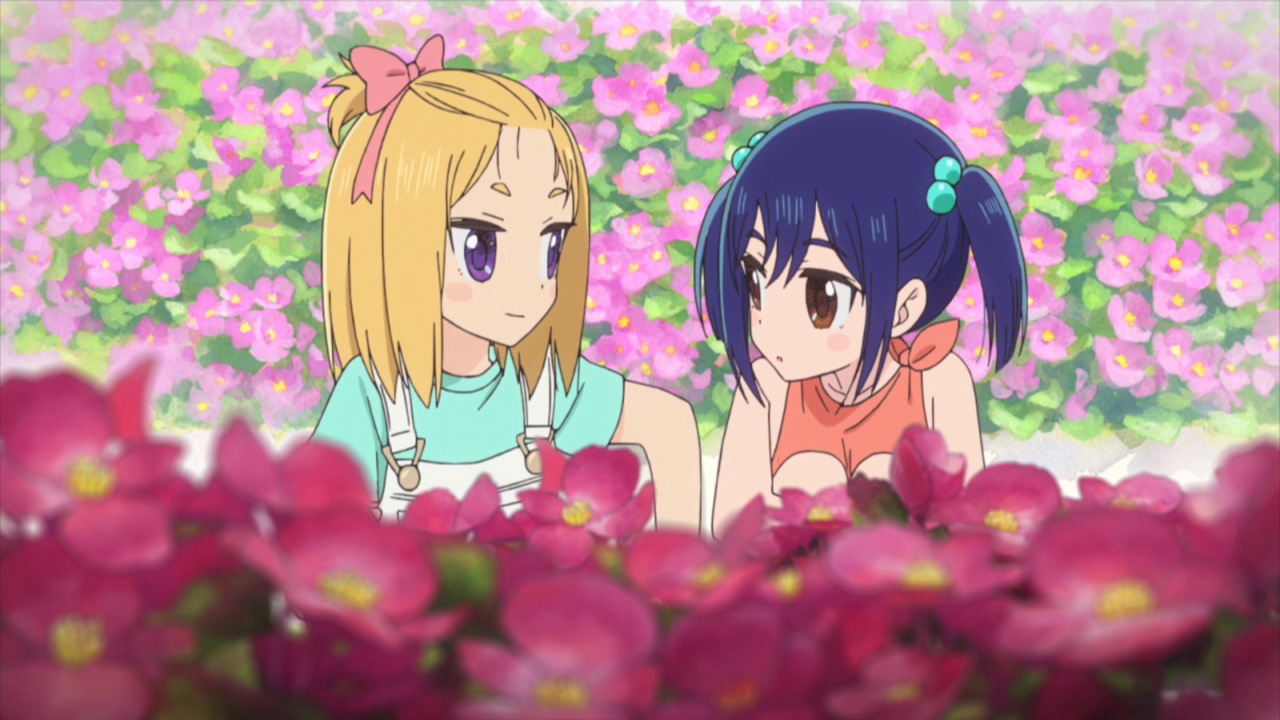 Some of you may be wondering what the heck was I alluding to at the beginning of this article. This episode happens to be an amusing staff reunion of a team that created another colorful original show – The Rolling Girls. Director Kotomi Deai storyboarded this episode, which is equal parts beautiful and oppressive, while character designer Katsuhiko Kitada directed and supervised it. And last but not least, Rolling Girls’ powerhouse action animator Arifumi Imai supervised the episode’s action scenes. I’m really glad to see this team together once again even though their previous show wasn’t financially successful and even fell apart heavily on a production level due to a disastrous schedule. I think it’s not a stretch to say that this reunion was made possible thanks to the friendship between director Oshiyama and Kitada, who’ve known one another since their early days at studio XEBEC. It’s not a well-known fact, but Oshiyama worked as key animator on Rolling Girls’ opening sequence under a pen name!

The animation highlights arrived during the action scenes this time around. Arifumi Imai’s corrections were mainly visible in the duel between Cocona and Yayaka. Imai made his name as an Action Animation Director on the popular Attack on Titan TV series in 2013, where he animated some of the most iconic scenes. He then continued to impress with his work on Rolling Girls and last year, he animated Genos’ fight against Saitama in One-Punch Man, which may be his most impressive TV anime work to this day. After having become a name to follow closely, next year he’ll be returning to that title that made him popular to begin with – Attack on Titan Season 2. Looking back to this episode of Flip Flappers though, Imai’s corrections weren’t that apparent otherwise, and sadly this time he couldn’t afford to draw Key AnimationKey Animation (原画, genga): These artists draw the pivotal moments within the animation, basically defining the motion without actually completing the cut. The anime industry is known for allowing these individual artists lots of room to express their own style. himself. WebgenWebgen (web系): Popular term to refer to the mostly young digital animators that have been joining the professional anime industry as of late; their most notable artists started off gaining attention through gifs and fanmade animations online, hence web generation. It encompasses various waves of artists at this point so it's hardly one generation anymore, but the term has stuck. animator China presumably animated Yuyu and Toto’s Attack on Yayaka, from the chaotic explosion to its painful aftermath. Yoh Yoshinari-inspired animator Atsuki Shimizu animated the series of explosions and Papika’s Attack on Toto – and I mention his roots because once again they’re incredibly obvious in the fluid way he animates those effects. Unfortunately I’m not sure who animated Yayaka’s dynamic Attack on Papika.

Anyway, that was one of the strongest episodes of Flip Flappers in my opinion. But now excuse me, I have to run away before my titanic pun failures trigger kViN’s Attack on Liborek.

I take to responsibility for my associates flipping out with their pun usage.

You confirmed my suspicions! Haha!