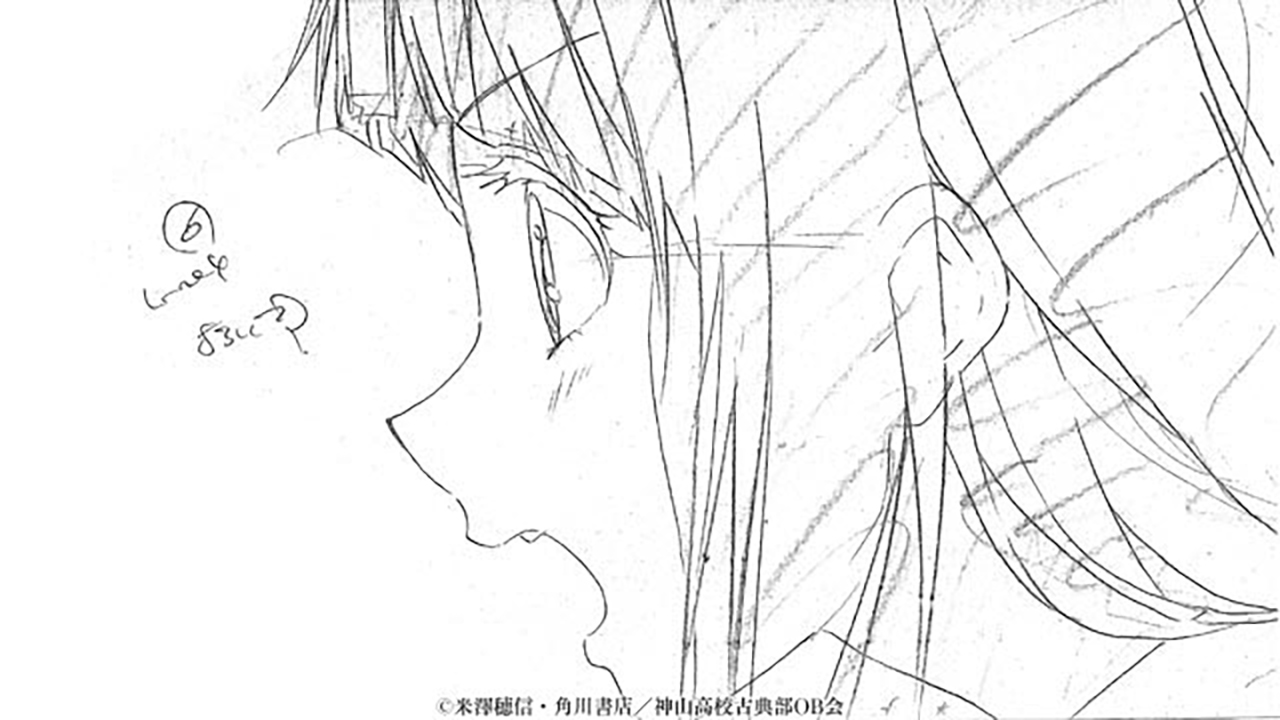 Ever since Sakugabooru’s beginnings, and especially once we launched this SakugaSakuga (作画): Technically drawing pictures but more specifically animation. Western fans have long since appropriated the word to refer to instances of particularly good animation, in the same way that a subset of Japanese fans do. Pretty integral to our sites' brand. Blog, people have been approaching us asking for tips to get into animation appreciation. We’ve been building a solid foundation of 101 production knowledge you need, but there are some daunting steps after you’ve generally grasped how anime is made. One of them stands out in particular, since it’s the least intuitive one and ties into the particularities of the Japanese industry; the room for expression individual key animators are given has led to fans getting used to identifying their cuts, which might seem like dark wizardry to the eyes of a newcomer. Today I’ll be compiling a series of tips for beginners who are curious about that, to explain how to approach this situation – and perhaps more importantly, why you shouldn’t worry about it.

People who only just started paying attention to the hands behind the anime they enjoy are bewildered by the idea of correctly guessing the key animator in charge of one scene. That’s something I personally experienced at one point too, so I’d love to make the learning process easier for new waves of animation fans. This short guide won’t grant you mystic eyes of SakugaSakuga (作画): Technically drawing pictures but more specifically animation. Western fans have long since appropriated the word to refer to instances of particularly good animation, in the same way that a subset of Japanese fans do. Pretty integral to our sites' brand. perception overnight, but hopefully it’ll put you on the right track as to what to look out for and explain which attitude works best. There are way more factors that determine an animator’s style than those I talked about of course, from their usage of layers to their distinct approach to layoutsLayouts (レイアウト): The drawings where animation is actually born; they expand the usually simple visual ideas from the storyboard into the actual skeleton of animation, detailing both the work of the key animator and the background artists., but there’s no point in overwhelming beginners with more complex matters.

And with that out of the way – why? What’s the point of identifying animators to begin with? Authorship is of course important; this is particularly true for people actually pursuing animation as a subject of study, as well as archival projects like our Sakugabooru. But when it comes to serious academic endeavors a confirmation is needed – be it through the artists themselves or another reputable source – so a trained eye isn’t enough. What about fans with no scholarly pretensions then? Casual appreciation also benefits from this knowledge, since no creator can fully distance their own being from their output, and understanding the former can be critical in grasping their oeuvre. There’s a catch to this as well, however; this is only truly relevant with holistic approaches, and arguably less of an issue with animators and more about directors. The vast majority of anime discussion, no matter the aspect it focuses on, revolves around specific moments and titles, not the entire careers of artists. And while knowledge about an artist and their influences will help you understand the features of a particular cut, its value as a piece of animation is inherent. On a scene-to-scene basis, you won’t really gain further appreciation of the art by knowing whose hand created it.

To recap things then, the ability to correctly guess animators is a flawed tool for specialists, and a very situational skill for fans, only really useful when they want to explore a creator’s entire output. That being the case, how did it become a fundamental aspect of the SakugaSakuga (作画): Technically drawing pictures but more specifically animation. Western fans have long since appropriated the word to refer to instances of particularly good animation, in the same way that a subset of Japanese fans do. Pretty integral to our sites' brand. fandom? The truth is that it never was, it simply got perceived as such because it’s a practice unlike what any other groups of fans do. Anime allows you to identify individual key animators with relative ease and thus become attached to them, but it’s important to keep your priorities straight. Being able to spot animators is a neat consequence, never the actual goal. It will allow you to properly credit artists who deserve it, as well as make it easy for you to follow people whose style you enjoy through different series. And yet, a name can’t escape being just a detail. Never forget that everyone’s favorite creator, the animator with more uploads than anyone else on Sakugabooru, is our dear Artist Unknown. 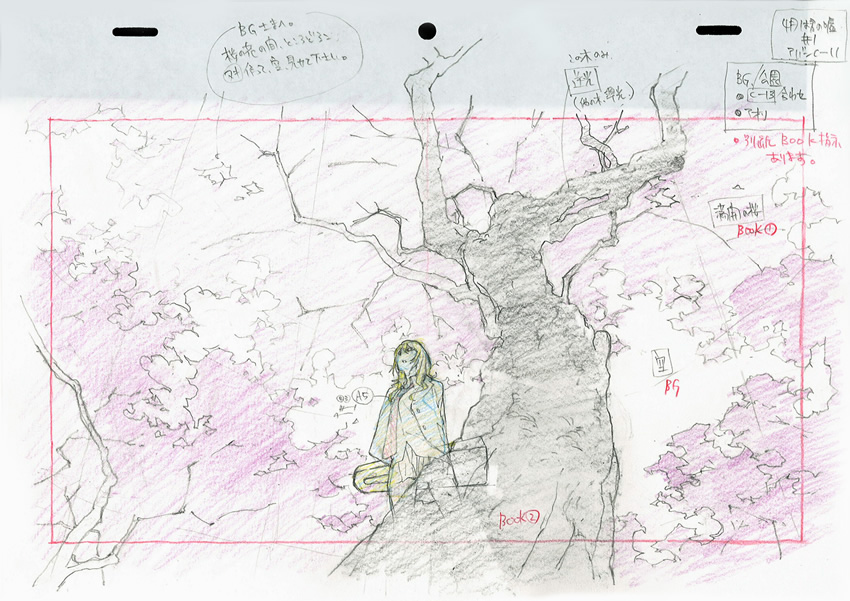 You can tell it was a serious post because there’s no awful pun in the title. Well, kinda.

great piece kViN!, and regarding the topic, from my point of view, identify animators is a another fun thing to do with my main hobby “Anime” supported by the curiosity, but it’s lead to bigger thing as you said, follow the career for each individual, link them with their seniors and work places and teammates, which lead to unlock a sublines from the history of the animation, it’s far from being . also, about “No Shame!” point, it’s a great that you mention that it’s not a crisis if somebody wrongly credit certain scene, I remember back then when I… Read more »

Haha, I definitely agree about identifying animators eventually becoming a fun adventure in and of itself. There’s that nerdy curiosity that pushes you to try and find out.

And yeah, I wanted to make sure that people understand they don’t have to chase these ‘community-approved’ animators. Investigating those you personally prefer is a healthier attitude and ultimately more beneficial for the fandom, since otherwise we’re in an endless cycle of praising the same small group of animators – THAT is what can lead to the perversion of animator identification into pure cult of personality territory.

Artist Unknown is my favorite animator too. I see animator identification without the aid of confirmation as mostly just a neat parlor trick, but going frame-by-frame and analyzing individual styles in the process of identifying artists has been helpful for my understanding principles of animation. That’s not for nothing, especially since I want to work in animation someday (though not as an animator myself). When it comes to learning about anime-specific techniques, you don’t have much of an alternative afaik. Still, whenever I’m doing research on an animator or production, I can’t shake the feeling that whatever it is I’m… Read more »

That’s definitely a way to start studying animation – to gain understanding of it at least, not necessarily in the formal sense. And don’t get depressed by the feeling that there’s information that escapes you and people who know more, that happens on all levels. After following animators on social media for long enough you get used to conversations between them referring to inner workings events they can’t always disclose, but you also sometimes see them complain that there’s info only higher ups control. If you think people can help you out, don’t hesitate to hop into #sakuga @ Rizon… Read more »

would it be possible for you to caption your screencaps? some are familiar but others are intriguing, and I would love to be able to follow through (if given the title of the anime) – thanks!

Added caption for the Kazuhiro Ota FX one since that had material from a bunch of series! Most links were to the booru and that has sourcing built-in, fortunately.

Well, this is a nice post. Sakuga fandom may have many perceived barriers of entry from people looking from the outside, but turns out the ability to identify individual animators ain’t one of ’em. All hail Artist Unknown! On a somewhat related note, though, while it’s nice to see some key animators get the recognition they deserve, there’s a lot more that goes into making a finished animation. The people involved in the other stages (coloring, digital effects, cleaning, etc.) rarely get recognition, not to mention the long-suffering tweeners. So even if I see a magnificent Yutapon cut, I’m thinking… Read more »

In a perfect world there would be a complete episode staff database we could link every post to (via name+episode) but something like that just doesn’t exist and will probably never exist. It would be an enormous undertaking.

I do believe the tagging system leaves something to be desired when crediting the people who worked on something.

4/ buy doujinshi.
5/ ask directly to the director or the sakkan.

This is a really great and helpful article, thank you! Came right on time too, as I’ve recently started to want to look into credits more, particularly after watching Mahoii S2 and Yama no Susume (for obvious reasons, I guess). I also think it’s pretty natural to want to know who was behind art that stood out to you! It helps give you a greater understanding of both the work and the artist, and it also lets you find /more/ stuff that you’re likely to appreciate. People (or, at least I) already do this when it comes to fanartists, manga… Read more »

Another victim of the YamaSusu/MahoII/Kiitaro crew of young memelord animators, godspeed.

But yeah, I can 100% relate to that curiosity as a driving force to find out more.

Where is the pun?!

I enjoy the moment before people realize a little too much.

The ‘mystery’ and mentions of curiosity I tweeted about might have something to do with the header picture, maybe.

What a perfect post for someone like me who stumbled over the whole sakuga fandom just recently. After my exams I definitely plan on diving deeper into this topic. Despite what you already mentioned and me getting kind of a crush on certain animators without even knowing them as a person, what the sakuga community is giving me, is a ground to stand on when talking about anime. Just a few months ago, when I really liked an anime, discussion about it was rather mundane (“this was cool” – “yeah it really was”). I really had trouble to explain what… Read more »

Comments like this keep us going, honestly. We’re really glad the site is having that effect on some people.

Thanks for the article! One question re: credits of currently airing anime – is there a place online where I can find them transcribed? I believe one of you guys has mentioned on their twitter a japanese website that collects transcribed staff lists and is updated regularly, I can’t seem to find the tweet though.

The staff database over here http://seesaawiki.jp/w/radioi_34/

Very good for current anime, most shows are covered and up to date/one episode behind for a few days at most.

It’s a wonderful post, only there is always a fuzzy part that no one ever seems to answer directly: how to discover the style of an animator, how to assert an animator on a defined style. Because if we have to practice recognizing the subtleties of a style, we are not told how to report it to a animator. I mean, it’s not by analyzing a style that I can then say to myself “ah that’s that guy”, you know ? Admittedly the credits are there, but precisely, how to detect among them who did what, who has this style,… Read more »