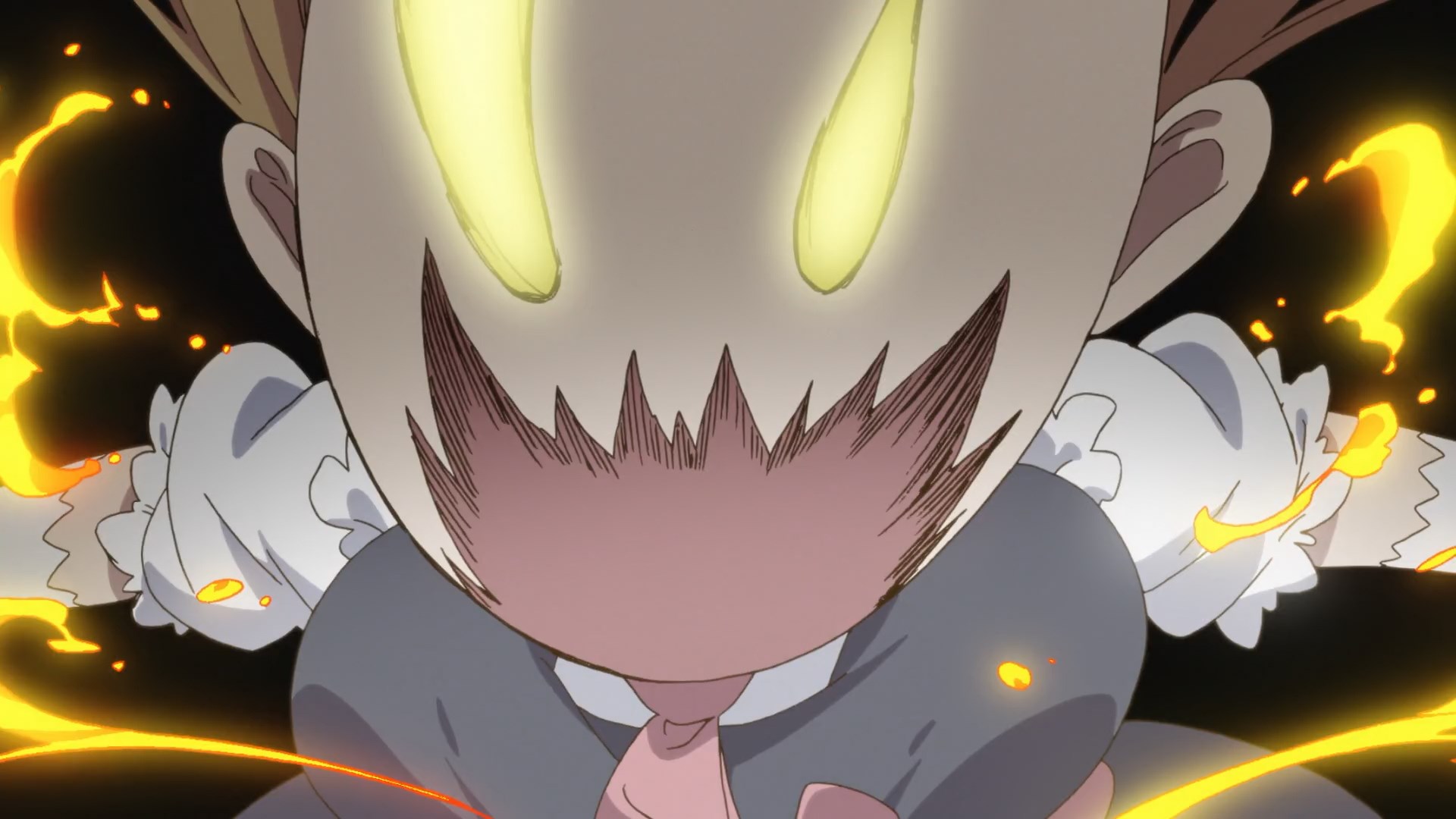 Surprise! To myself as well. Here’s some quick bullet point coverage of KyoAni’s latest TV series, which should be easy to digest even if you aren’t hugely into production matters. Direction, animation, backgrounds, the people behind the series, all that fun stuff nicely summed up.

— Before getting into the episode itself, mandatory staff comment. Haruka Fujita’s progression seems unstoppable, at this rate she might very well make her series director debut before people who have been preparing for years like Taichi Ogawa. Directing the first episode and opening sequence – albeit both with Takemoto boards – is no joke, especially after already being appointed as an early replacement of sorts for Yamada in the studio’s previous TV show. Non-series directors handling OP/ED at the studio is an exceptional thing (the last time was Kazuya Sakamoto on Clannad), and she got to do it on two consecutive projects. Make way for Fujita, who could very well become the third KyoAniDo woman promoted to series director in the studio’s modern era – fourth when you count Noriko Takao.

— The opening itself is adorable, very energetic and full of neat secrets. The human popping up followed by the dragons they’re linked to, FracTohru, the spinning background characters… The segments with Tohru and Kobayashi look very delicate, I assume the character designer Miku Kadowaki was in charge of them.

— Seems like the entire introduction was animated by the veteran Yoshinori Urata – it lines up with his preferences and the fact that months ago he mentioned in KyoAni’s staff blog that he had been observing reptiles and birds as references for work. The hand drawn, ‘accurate’ dragon animation is obviously exceptional but the pieces of animation with Kobayashi waking up are also rather impressive. Look at her clothes, jeez.

— Contrast is used to great effect. Kadowaki’s round designs are constantly further stylized, until one of Akitake’s obscenely detailed props suddenly appears. Cartoony cuteness coexists with comically shaded brutality, paper cutouts, these quintessentially Takemoto shots… The show already has a fantastic range and knows how to exploit it. Definitely the strongest point.

— The backgrounds are lovely, and I get the feeling they’ll be sadly overlooked. They abandon the more photorealistic look recent projects at the studio have featured and instead attempt rougher painted sceneries. Beautiful results, which entail some extra work as they can’t just alter the lighting and have to actually redo the same settings for day/night. This is easily Mikiko Watanabe’s strongest work as art director; I didn’t rate her as high as Mutsuo Shinohara before this, but if she keeps it up she could be up there. You can feel the influence of Seiki Tamura’s K-ON! work on her, which is understandable since that’s when she started working at the studio. Back then they still sometimes relied on outsiders as art directors, but nowadays that role always stays in-house. The department steadily grows. 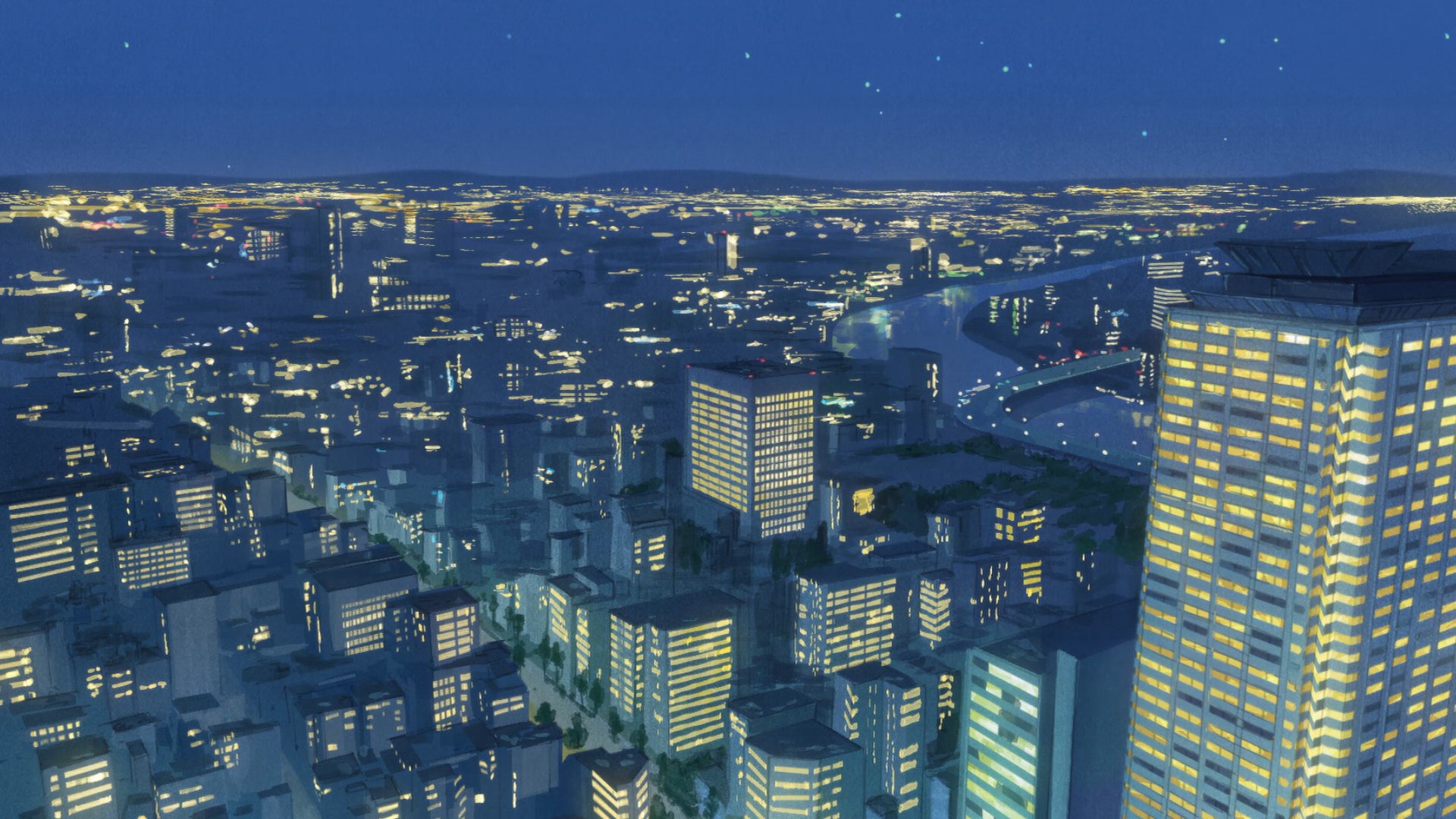 — Shinpei Sawa’s full directional debut. Long story short for those not acquainted with him: he graduated from KyoAni’s own animation school then immediately joined the studio in 2009, and during Euphonium’s sequel he was trained to become a director. He specializes in action and loves to design intricate robots and creatures with strong presence. Considering this episode’s content, I’m sure he either personally requested it or was trusted due to his skills. Pretty spectacular result in the end, going all out with the effects whenever he had a chance – even for simple reaction shots. All the FX are very reminiscent of Sawa’s personal work on that field, the way they expand and the smaller stripes in particular. That would be feasible with only 6 key animators, but some scenes might have been finished by people other than him.

— This brings me to another point – very few animators once again. Feels like the whole series will be along these lines, despite the schedule not being as strong as the studio’s usual work. And speaking of regular studio practices, the presence of more women than men as animators is no surprise (they simply employ more of them) but it sure is noticeable when you have a woman as the animation director, assisted by another woman, leading a key animation unit with 4 women and 1 man plus the director. Nice!

— Sawa’s flashy action aside, I’m impressed by the density of the visuals. Endless blink-and-you-miss-it goodness, and as many smears as I could possibly want. Yuki Tsunoda’s supervision still doesn’t leave a very strong individual impression, but I get the feeling that Akiko Takase’s assistance entailed help with the closeups, which were more detailed and delicate this time.

— The show’s visual range keeps on increasing, now there’s even some chalk. Striking impact frames are very welcome as well. I’m glad this wasn’t just a first episode thing but part of the overall philosophy.

— Speaking of things that haven’t changed, the backgrounds are still excellent. They retain their identity even as they lean more towards realism. This show is lowkey beautiful.

— Warmth! I’m delighted that Takemoto understands that the most unlikely family story was hiding behind the ridiculous premise and title. There’s hardly any laugh out loud moments, but my smile won’t fade. The show is a very weird thing most people won’t be into but this episode nailed what I feel it’s meant to be.

Double post this time! These will be shorter than my regular coverage and I honestly didn’t even plan to write them, so consider them an extra gift.
Support us on Patreon for more analysis, translations, staff insight and industry news, and so that we can keep affording the increasing costs of this adventure. Thanks to everyone who’s allowed us to keep on expanding the site’s scope!

Loved both the first and second episode of Maidragon, it’s everything you’d want from an epic heartwarming slice-of-life comedy. Been impressed with KyoAni’s visuals and work, don’t think another studio would have been able to take such a slice-of-life show to this level.

Theoretically others could, but the chances to gather as many skilled people on an environment where they can work properly are extremely low (which is why the studio’s work stands out so regularly). KyoAni has some top of the industry talent, but it wouldn’t work as well without their special circumstances which by default put them ahead of most. Eiher way, works for them!

The fx work in this episode was great and if anything I enjoy watching this over hibike euphonium any day of the week.

Here I had been slightly disappointed by a lack of coverage of this show here. Glad to see that rectified. You kinda had to after that second episode. Definitely caught some stuff I hadn’t seen

Some friends had asked to, but yeah it was this episode that really convinced me. I don’t expect another outrageous showing like this until ep5 but I hope it maintains a strong level.

Who are in charge of episode 5?

Mainly Ogawa with some help by Ishidate. And Ueno as AD, all around excellent.

I’m surprised. I actually thought Episode 2 was Takase on her own. Sawa did a great job too. found out recently he’s a teacher at the school there too 😊

Yep, their animation school has been in place for long enough that people who got into the industry through it can become instructors themselves.

Who are the teachers at the school now?

But I still think this should be adapted as shorts like other works of Cool-sensei.

BTW, who did the ED for Dragon Maid?

Who were the key animators?