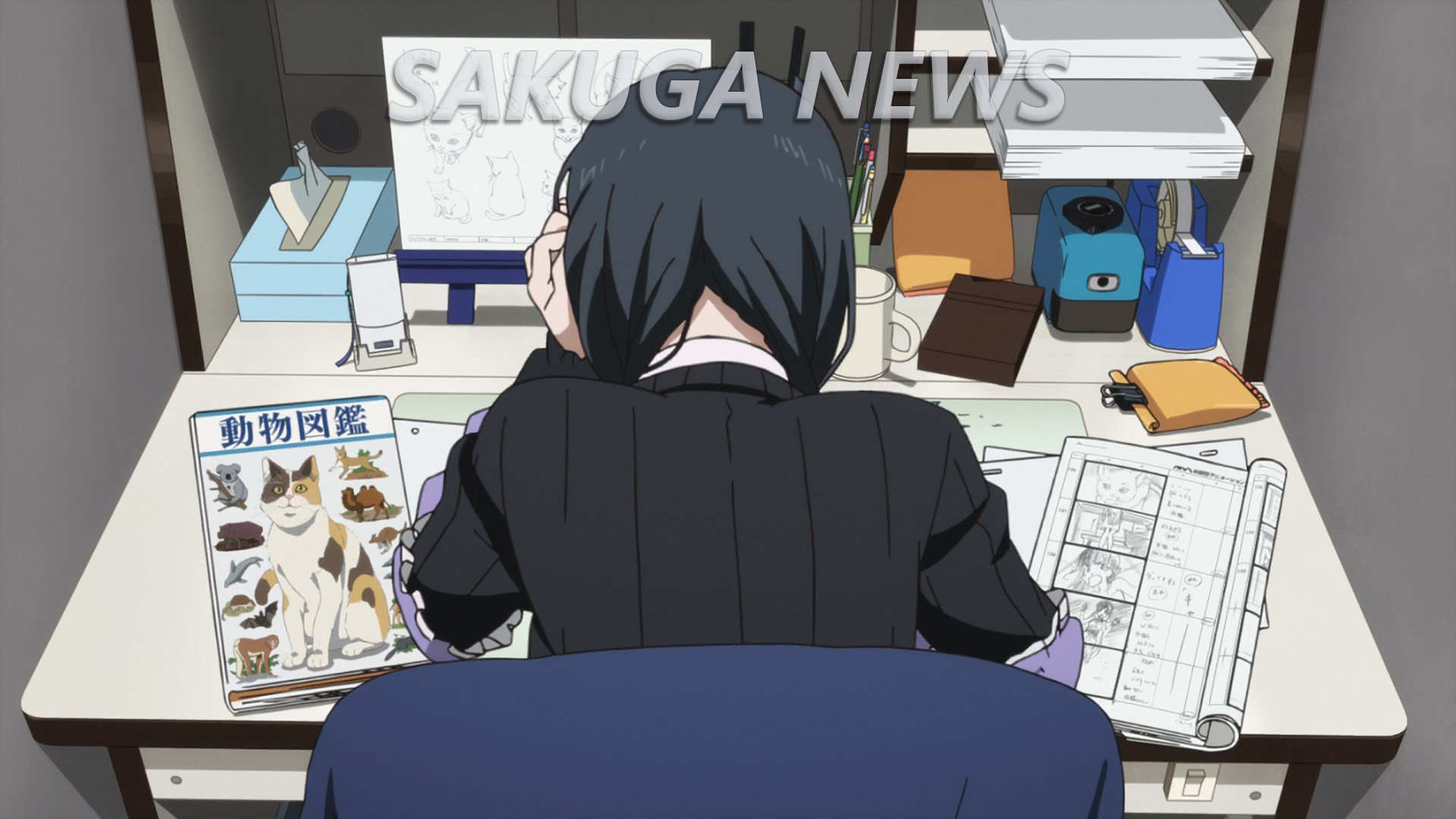 If you’re wondering what your favorite studios have in store for 2017, this article might be up your alley.

The February issue of anime magazine NewType didn’t only – despite what the cover might lead you to believe – focus on a certain franchise that’s yet again about explode in 2017. One of the major features was a questionnaire where representatives of 56 anime production companies were asked four questions about their last year’s work, creators that you should pay attention to in the future and most importantly, their plans for 2017. While some of them only provided a rundown of their works that have been already announced, others were kind enough to tease what kind of unannounced stuff they’re brewing behind the scenes. It gives us a rare glimpse into that which has only been available before in the form of leaks, so I decided to gather and translate what I thought was worth sharing. A summary of this made the rounds last week, but it was based off the index rather than carefully reading the entire article. We’ve gone through it all and curated the most interesting news and hints, so enjoy!

And that’s it! Looks like I ended up picking over half of the companies. This however doesn’t end my coverage of the latest NewType issue. You can expect a translation of a certain roundtable interview in the near future, so stay tuned!

Would be wrong to speculate on what those certain sequels for 8bit and Dogakobo? I have some ideas for both but I’m not sure. Is 8bit’s more likely to be a promising one or not? Hopefully Dogakobo’s will be Nozaki-kun, but there are others that I think could be possibilities.

I could probably guess David’s but it is good to here that whatever it is is already in preparation.

I liked Tsuritama and Gatchaman Crowds so I’m looking forward to the Tastunoko one.

The hints are all very carefully delivered, since the studios themselves can’t leak much about projects that often are barely theirs. You’re not the first one to immediately think of Nozaki-kun when reading about Dogakobo’s sequel though, it’s easily one of their most popular series and would make sense to follow it up.

Yeah I imagine the production committees wouldn’t like the studios leaking what shows they are making before they are announced.

Side note: an editing feature would be nice for the comments, though I don’t know if it would be possible. Probably should have proofread my last one

My guess for 8bit would be a new IS season. The BR sales were really good: 33k avg. for season 1 and 17k for season 2. They just did a new 25min picture drama for IS, so the IP seems to be still worked on and the Novels are still coming out aswell.

Yeah that is probably the most likely suspect. I was thinking Yama no Susume or Tokyo Ravens, but I don’t know about the source material situation, either amount or popularity.

I meant the other two in addition not instead of IS

Anyone wanna take a wild guess what “respected manga” 4C plans on adapting? Considering their Berserk trilogy and ties to Ootomo, would it be a stretch to expect another go at Akira?

Vinland Saga would be beyond awesome! But to be honest I kinda doubt it’ll be a TV work. Probably something shorter.

A Battle Angel Alita adaptation could be fun, too. Especially in light of the upcoming film.

I Am A Hero, hopefully.

Are all the ones with no specified date due to 2017? By the way, love your blog, hope I can help you on patreon when I finish university.

Yeah, the ones they gave no specific date for are (at least planned for) 2017.

That’s a sad announcement from Silver Link. It decreases my hopes of a potential s3 for NNB

I am devastated by no million live anime tease in 2017

ML’s staff (assuming the imas crew doesn’t change massively, which would be bad on its own right) have been very busy as of late. Maybe 2018…

Does a simple news report need to be written in such clique-y insider language?

Even though I personally know this and that director are Yoshinari and Imanishi, way to make this even less accessible and informational.

Also isn’t great for being able to find relevant information through search at a later date, or to find you through right now through Google.

All the info here is a direct translation of what was written in the magazine itself. They don’t outright provide all the info because 1) they’re teases, and 2) they’re likely not allowed to at the moment. We’re not in any position to fill in those gaps, with the exception of educated guesses.

That is quite literally what the interview says, so if you don’t like it I recommend forwarding your complaints to Kadokawa: http://i.imgur.com/oVRPVFl.png

Alternatively, you could try not to be a flippant asshole and realize that the entire post contextualizes things that were left very vague in the magazine. If something sounds mysterious now, chances are that it was at least as bad if not way worse on Newtype. Also, no it’s not Yoshinari.

My apologies, I stand corrected. My comment was brash and uninformed.

All of these teases sound pretty interesting! Did the article give any hints towards any unannounced projects from I.G Port’s other studios?

Nothing from Production I.G and XEBEC just hinted Fafner.

Was there any info from TOEI in there?

Toei does have a blurb and it even leaked the director of the new Precure movie a few days before the announcement, but otherwise nothing new. Fairly generic PR speech.

Thanks for this informative article! “Polygon Pictures: TV anime aimed at families.” ^I’d love to see a new Goro Miyazaki work! “Studio 4°C: Adaptation of a very respected manga and a collaboration with a famous live action director are both carefully in progress.” Very excited about this one! “BONES: They’re working on an original project that’s in already production and another one that may be broadcasted this year.” ^Actually they said they are working (or planning) three original titles a while ago in an ANN interview. Kinda excited about this! “TRIGGER: Works from this and that director are moving forward,… Read more »

So, hopefully not too off-topic, but is Masaaki Yuasa now working on literally 3 projects, those two movies AND the TV series with Oshiyama? That sounds pretty insane.

Yeah. The TV series is probably a ways off though.

Okay, that makes sense. With the announcement for that coming in just a couple of months, I figured. Having 3 things for 2017 would be exciting, but more than I’d like for Yuasa to try doing all at once. whew

I have no clue what Millepensee is but two of those three sequels might be Berserk 2017 and Wake Up Girls s2 which are listed on their MAL page.

Judging by White Fox’s Wikipedia page and the summary for the respective future works, I’m guessing that they are talking about April’s Zero kara Hajimeru Mahou no Sho and Peace Maker Kurogane. Probably means SG0 will come later.

They mentioned Zero blah blah as their announced project. Kurogane fits the historical drama one though!

I see that Yūna Fujita is mentioned. Is she promoted KA?