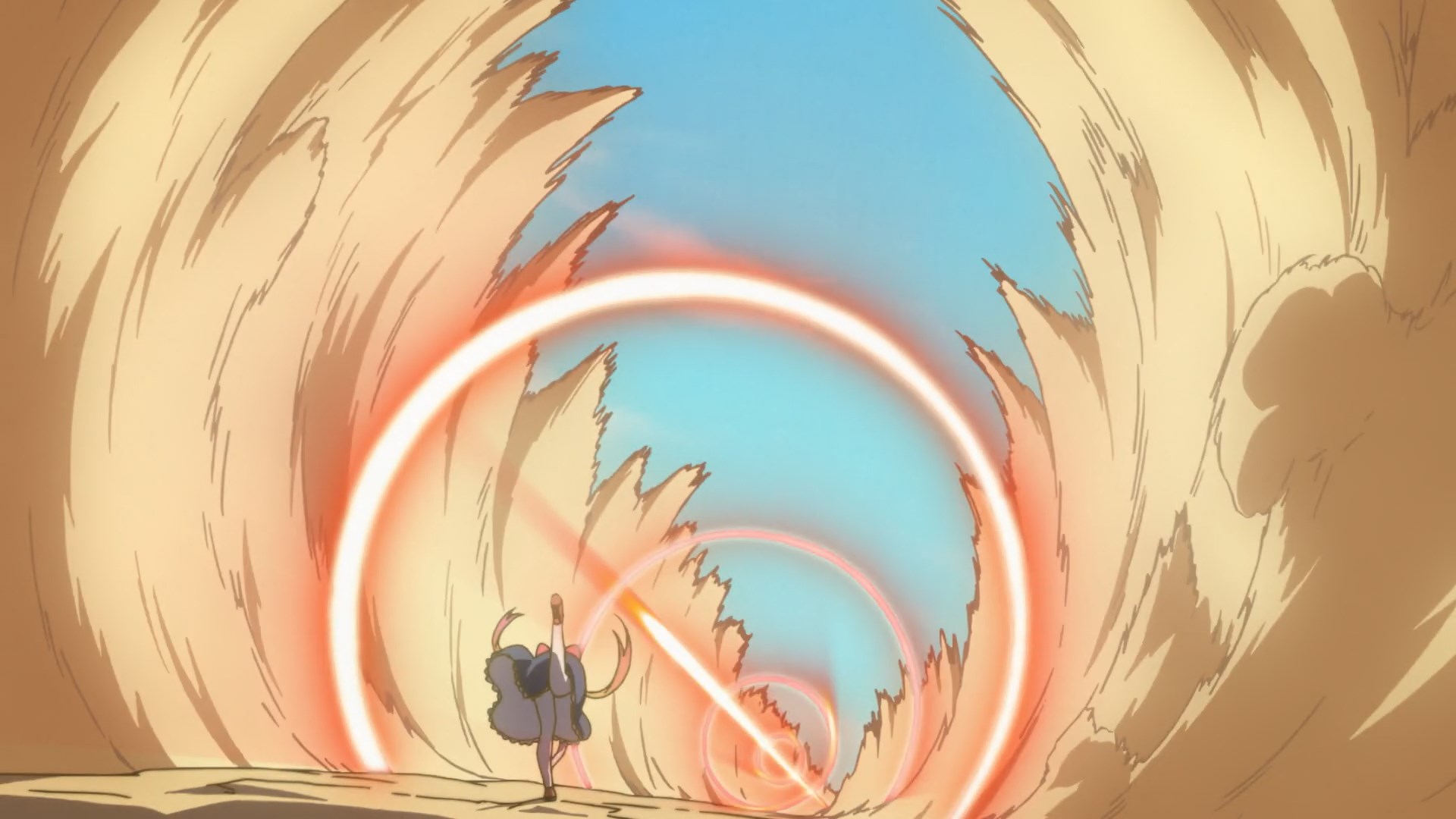 In this episode of our charming parenting cartoon, their daughter starts going to school. She makes a friend and the entire family plays a fun game of dodgeball. Nothing outside of the ordinary occurs.

StoryboardStoryboard (絵コンテ, ekonte): The blueprints of animation. A series of usually simple drawings serving as anime's visual script, drawn on special sheets with fields for the animation cut number, notes for the staff and the matching lines of dialogue. More, Episode directionEpisode Direction (演出, enshutsu): A creative but also coordinative task, as it entails supervising the many departments and artists involved in the production of an episode – approving animation layouts alongside the Animation Director, overseeing the work of the photography team, the art department, CG staff... The role also exists in movies, refering to the individuals similarly in charge of segments of the film.: Takuya Yamamura
Animation DirectionAnimation Direction (作画監督, sakuga kantoku): The artists supervising the quality and consistency of the animation itself. They might correct cuts that deviate from the designs too much if they see it fit, but their job is mostly to ensure the motion is up to par while not looking too rough. Plenty of specialized Animation Direction roles exist – mecha, effects, creatures, all focused in one particular recurring element.: Kazumi Ikeda

— First episode not storyboarded by the series directorSeries Director: (監督, kantoku): The person in charge of the entire production, both as a creative decision-maker and final supervisor. They outrank the rest of the staff and ultimately have the last word. Series with different levels of directors do exist however – Chief Director, Assistant Director, Series Episode Director, all sorts of non-standard roles. The hierarchy in those instances is a case by case scenario. Yasuhiro Takemoto, and yet his overarching vision seemed as strong as ever – Maidragon is still a sweet series about family. It effortlessly switches from silly gags to the heartwarming moments shared by the main 3 characters. Kanna’s role as their daughter was already established through their interactions, so seeing her becoming quite literally that felt like a natural move. The themes of acceptance were expanded further with a speech condemning xenophobia. I find it amusing how so much fiction deals with racism through tortured allusions that eventually lose any impact, yet the ridiculous show about the shameless dragon woman will directly call an idiot to all people who resent human foreigners. Still not sure how this show is real, still thankful that it is.

— As I mentioned last week, this was the first episode produced at the studio’s Osaka branch Animation Do. Takuya Yamamura and Kazumi Ikeda are becoming a recurring duo for these occurrences, and their output is unsurprisingly solid. Ikeda became an animation director during the 90s, which is particularly obvious on series like this where they can have fun with the drawings; they’re of course adapted to Kadowaki’s modern designs, but there’s a bunch of body poses and expressions very reminiscent of older works. Under her supervision the elastic cuts and looser art as the norm returned as well, she really knows how to craft a fun cartoon. 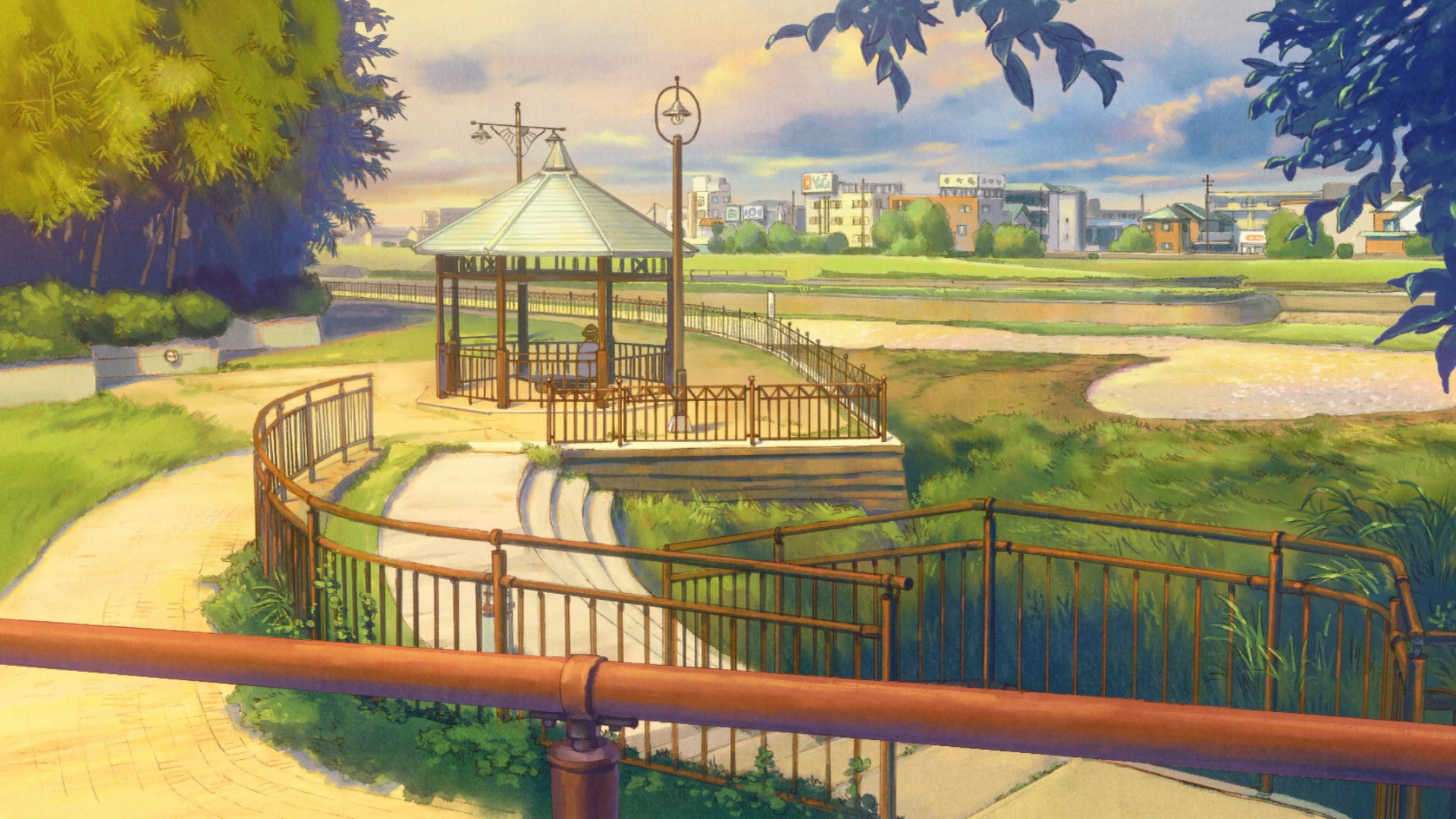 — The aspect that will stand out the most is the flashy animation reappearing, of course. The dodgeball match was a perfect excuse to portray their dragon strengths in appropriately ridiculous fashion; Tohru’s nonchalantness after catching someone’s serious attempt is followed up by still restrained yet spectacular movement. And when the humans flee and there’s no longer a reason to hold back, actual mayhem ensues. This is where Tatsuya Sato’s hand as Do’s ace animator can be felt the most, particularly with the abrupt timing of the throws. It does a good job at conveying their unreasonable power, and on a purely visual sense it’s a brief delightful spectacle.

— Besides those outrageous pieces of animation though, some of the best sequences stand out through the storyboard itself. Details like being able to see the incoming ball reflected on her eye before anything happens really enhance the experience. Thumbs up for Yamamura as well.

— Speaking of reflections, the ridiculous visual gags with her forehead should never stop. Old with the tired forehead so big and shiny it reflects the sun, make it actually produce light. This escalation of a common gag made me reminisce about Pani Poni Dash, and that’s always a good thing.

— There are still a handful of Animation Do’s key animators who haven’t shown up, so they’re likely working on another episode. I would bet on Eisaku Kawanami to direct that, since absurd comedy with a sweet touch was the field where he matured.

— They’re making my duty to praise the backgrounds every week quite the easy task, as they are still excellent. This week featured more cuts with moving 3DCG backgrounds than usual, since Yamamura often conceptualizes shots like that. It’s not an approach that naturally suits the show’s aesthetic, but the result wasn’t bad.

Ogawa and Ishidate are arriving next week, and by the looks of the preview we’re due another animation festival.
Support us on Patreon for more analysis, translations, staff insight and industry news, and so that we can keep affording the increasing costs of this adventure. Thanks to everyone who’s allowed us to keep on expanding the site’s scope!

I honestly am starting to doubt this anime is real. I haven’t felt so good when watching an anime in a long time. Everything just seems to flow and balance really well. Thank you again for these production notes. Very interesting to read as always. That dodgeball fight was hilarious and amazing

It’s shaping up to be a very hard to recomend show, yet absolutely delightful if you’re into its very particular qualities. I’m glad the first episodes didn’t accidentally stumble into success and that it deliberately keeps nailing those moments.

Thoroughly enjoyable episode. By now some other shows are struggling to keep production values from dropping while KyoAni only seems to be increasing. I really enjoyed the first half of the episode focusing on the family getting ready for school.

I absolutely love how this show can put the funny slice of life and the more serious conversations together so smoothly and so convincingly. Everything is so fun to watch, yet they all work together for the arguments that the show is making on humanity, on society and on a lot of other serious topics. What’s even better, its opinions on those topics aren’t just thoughtful, but also very positive, instead of the kind of “looking down at human pessimistically” philosophy that sometimes show up in other “serious” anime. Though, I guess that’s almost a tradition of KyoAni by now.… Read more »

I was a bit more optimistic since I already liked the manga and its unexpected uplifting messages, but it’s definitely turning out better than expected. They didn’t just understand the actual core of the series, the adaptation is even very smartly constructed; ep1 felt a bit disjointed, but ever since then they’ve been massively reshuffling material and building upon the very short manga chapters to creative something much more cohesive.

I was wondering if all this absurd comedy and uplifting theme is from the original manga or from Takemoto himself. So it sounds like it’s a mix of both? Either way, I’m now so much more confident with where this show is going.