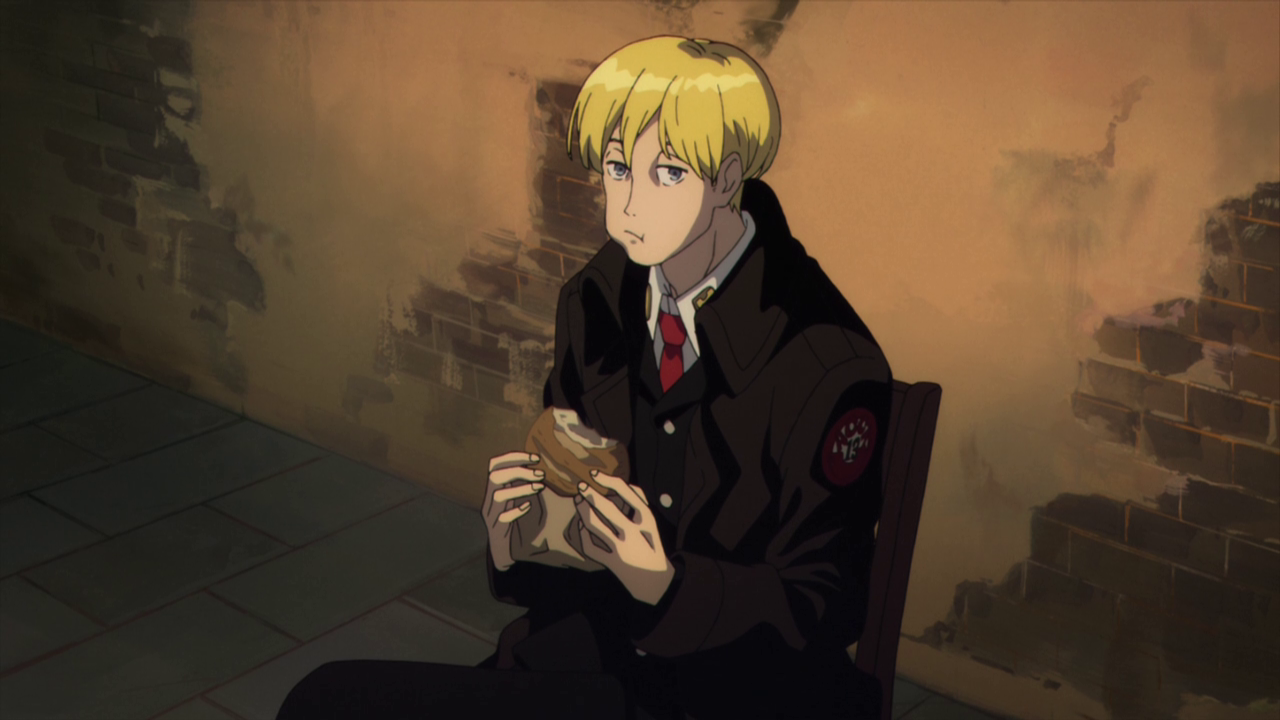 This is shaping up to be quite a nice show after all, definitely earning a look at its craft despite not being the most brilliant production.

— This episode – and the next 3 at least – were storyboarded by the 66 years old Madhouse veteran Yoshiaki Kawajiri, a director mainly known for anime classics such as Ninja Scroll and Birdy The Mighty. He seems to be on good terms with ACCA‘s series directorSeries Director: (監督, kantoku): The person in charge of ... Shingo Natsume; boarding 3 episodes in a row is quite the feat, and it shows how much the director trusts his experience to handle right about any material. For One-Punch Man, he was asked to StoryboardStoryboard (絵コンテ, ekonte): The blueprints of animati... More 4 consecutive episodes (8-11)! Will he surpass this on ACCA?

— I was quite disappointed by episode 2’s quality. DR.MOVIE only did the bare minimum to be functional and Gosei Oda’s touch was barely visible. This time however he had a lot more room to breathe. Thanks to the stronger lineup of artists, he didn’t have to focus as much on corrections to keep the characters on model, and instead added some of his loose drawings and delicate motion. The restaurant scene in particular had Oda’s signature all over it. Just look at this shot: you can even feel the resemblance with the bizarre smiles of the LOL Cult in Mob Psycho 100.

— Seiko Yoshioka’s team at Studio Pablo had a challenging setting to paint this time. A country that’s been living in the past even by Dowa Kingdom’s standard was full of historical architecture that’s always difficult to properly portray in animated form.  Thankfully, this seems to be Yoshioka’s speciality as shown in Seraph of the End. Thinking about it, this show must be pretty painful for the team; the main character visits a different country every week, and they have to create a brand new setting for each one of them. Even if they’re not doing so from scratch, it must be quite time-absorbing compared to shows that are almost exclusively set in a very narrow part of a school. They also can’t reuse as many shots from previous episodes and have to draw new original paintings, which probably won’t be coming back given the show’s nature.

— I’m impressed by how much care is put into the visuals in an overall sense – when this show is at its best, you get polished drawings, careful photographyPhotography (撮影, Satsuei): The marriage of elements prod... effects and beautiful color work in synergy. The episode’s climax was very pleasant to look at, to the point you have to wonder why Natsume didn’t seem to even attempt to give this treatment to One-Punch Man. Probably spent all his time and energy focusing on the action aspect instead.

— Aaand another outsourced episode! This time not to DR.MOVIE but to a japanese animation studio called PRA. They’ve been doing business as an outsourcingOutsourcing: The process of subcontracting part of the work ... company since 2008. The episode director Naoyuki Kazuya appears to be a main figure in the studio, as he directed their only animation production gig: the short anime Bikini Warriors, which they manufactured alongside studio feel..

— Chief Animation Directors can’t carry the outsourced episodes by themselves, that much seems obvious now. After Gosei Oda’s turn on episode 2, this time it was Kanako Yoshida supervising an episode entirely animated away from Madhouse. And surprising no one, this looked way worse than her previous work within this series. Don’t misunderstand me – I’m not blaming Oda and Yoshida themselves, I’m completely sure they did their best. It’s just a shame that these outsourced episodes seem to need much more work to maintain a simply acceptable level of animation and art quality, and that extra workload doesn’t allow two excellent artists to express their individual drawing styles like the in-house episodes do. And even if you’re not personally a fan of idiosyncrasy, the outsourced episodes are simply less polished and lack any expressive pieces of animation.

— Kawajiri again, though this time with a considerably boring result. The StoryboardStoryboard (絵コンテ, ekonte): The blueprints of animati... More in this episode was flat out uninspired, which I’d like to showcase in a comparison with episode 3. Same setting: a dinner scene, with two people facing each other. But while I praised the execution of that situation in my previous write-up highlighting the framing and layoutsLayouts (レイアウト): The drawings where animation is a..., in this episode we have an example of how this kind of scene should not be done; flat layouts, boring switching of camera angles and a random fireplace shot in between as a distraction. Quite a disappointing approach from a director of Kawajiri’s calibre. I started the post praising how he sometimes manages to churn out a lot of storyboards, but this clearly shows the downside of it. Sacrificing any nuance and attempts to have snappy flow for a fast output might not be worth it. 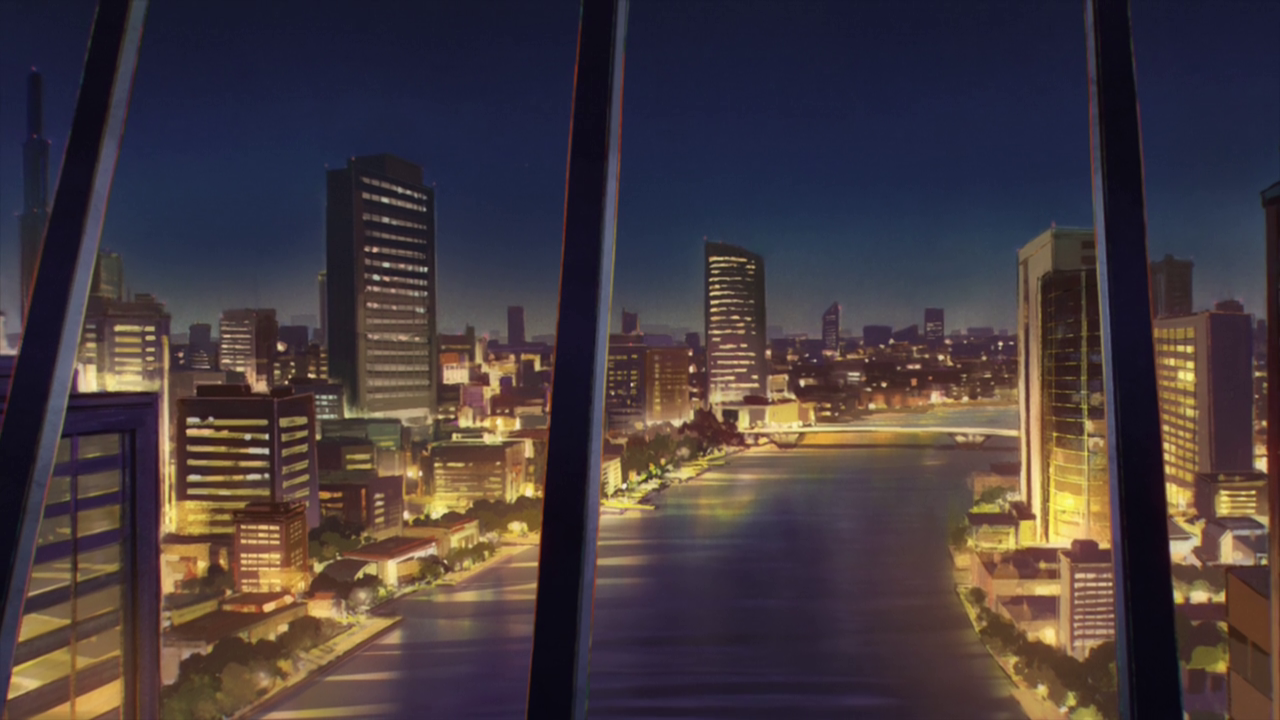 I get the feeling that since outsourcing companies like PRA and Dr. Movie are, you know, outsourcing firms with lots of other stuff on their plate. it makes it more than impossible to do good quality when you got something like Justice League or Nanbaka also needing to be animated (chose the latter as it was the second-most recent thing PRA co-produced an episode on). I mean I get why Madhouse would outsource (especially since they own Dr. Movie). But it’s sad to see when most outsourced shows just barely chug along (if that). I’d ask “what happened to those… Read more »

To be fair there are still some excellent outsourced episodes nowadays (Dogakobo’s Kumamiko #3 is the one that left the biggest impression on me over the last few seasons), but they’re generally by “proper” animation production companies. Outsourcing studios exist to assist productions, not to serve as their highlights sadly.

Which is funny as Doga Kobo started out as an outsourcing company (most prominently on the Kirby anime). And they, along with other major studios like Satelight, Mappa, Silver Link and JC Staff still get the odd bit of sub-contract work alongside their major shows.