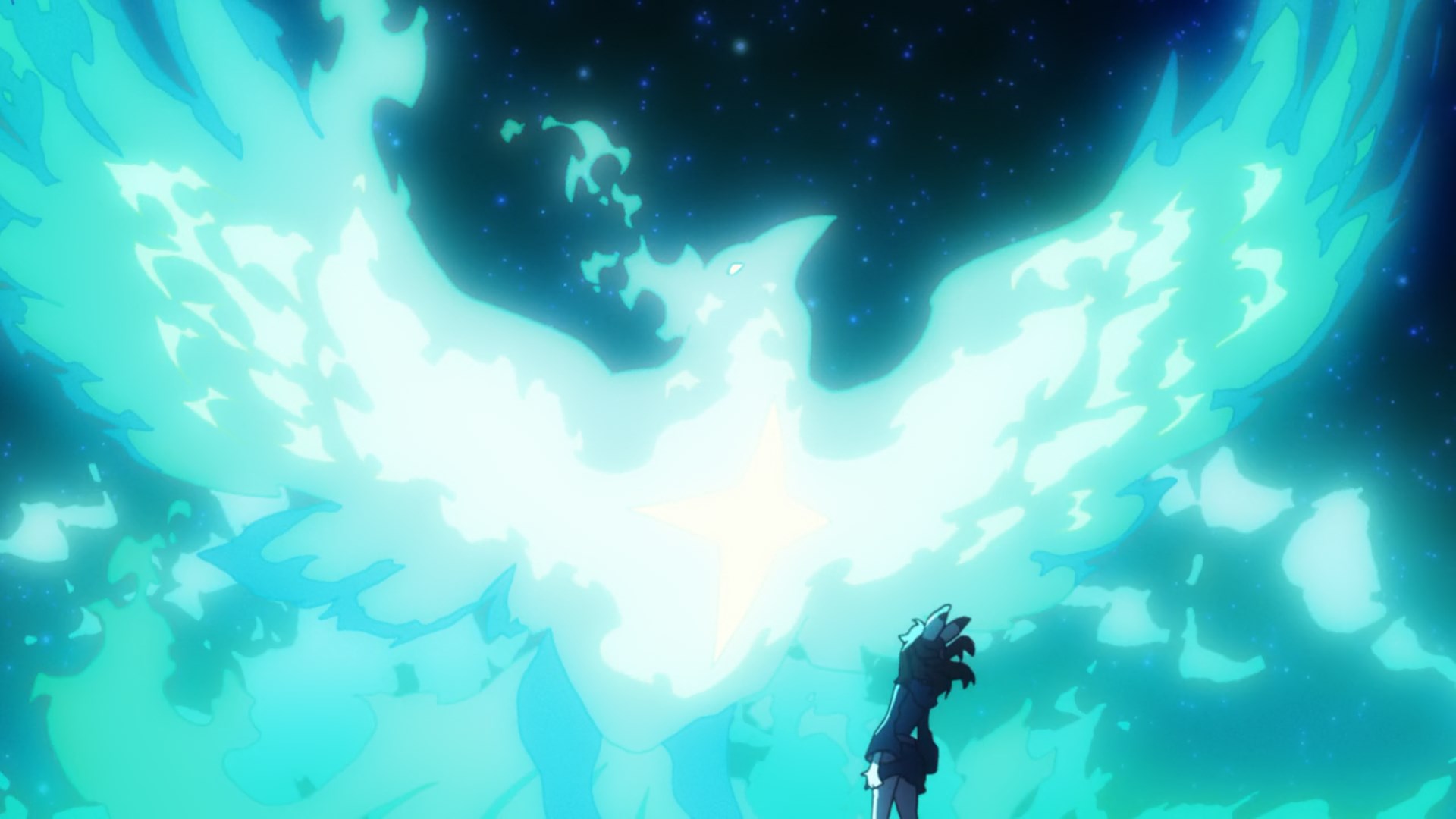 An important episode storyboarded by an artist who doesn’t actually exist. Let’s talk about pseudonyms in the anime industry.

I’ve already argued that LWA TV spending narratively inconsequential episodes to give texture to its world is something positive allowed by its new format, but anyone who had issues with that approach can rest assured – this week marked an important event with big consequences! It’s not as if it entailed world-changing repercussions, but it set Akko on the right track when it comes to chasing her idol. So far she had been more preoccupied with thoughts of becoming her flashy successor than actually putting effort to get there, so I had been wondering when would the show try to set her straight – no not like that, no matter what kind of heresy its producers spout. I would expect a noticeable attitude change from this point onwards, though of course keeping Akko as the unreliable dork we know and love; it’s only appropriate now that we know that was the starting point for Shiny Chariot as well. I doubt LWA TV intends to send a particularly complex message about talent, but I personally don’t buy the idea that simple morality is without merit. As a kids-show-but-not-quite, its sincere positivity is one of its greatest assets, so I see nothing wrong with just advocating for hard work. The world might not be so straightforward, but sometimes you simply want to see a foolish witch succeed. 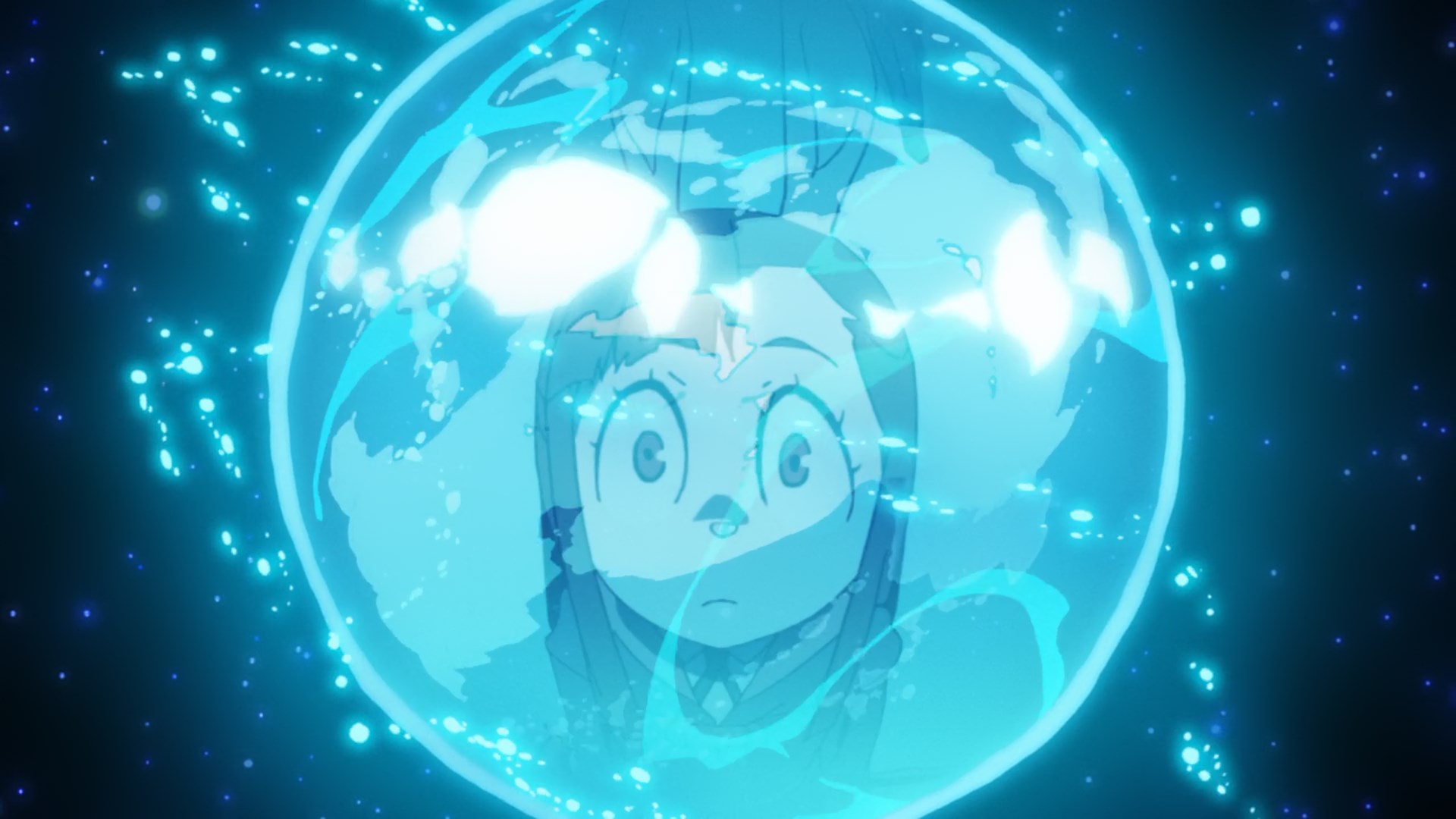 While it might not obvious at first glance, this week offers an amusing production subject that I had to talk about no matter what. Don’t worry if you’re not familiar with the name of this episode’s storyboarder. If you think it sounds like the kind of nickname a western anime fan would come up with by combining simple Japanese terms plus the name of an actual neighborhood, you’re onto something. Yukihane Kamiogi isn’t a real person but someone working under a pseudonym. And it’s not someone’s recurring stage name, as was the case for episode 3’s Masayuki. This was the first time they got credited as such, and the identity of the artist will remain a mystery for now. But why do anime creators choose to be credited under different names?

The truth is that there are as many explanations as individual cases, but you can still more or less categorize them by recurring patterns. More often than not, contracts have something to do with it; while freelancing is the backbone of the industry, project exclusivity contracts aren’t rare, and at the very least people want to avoid visibly appearing on other productions while their main project struggles. To get around this, some artists choose to switch to a pseudonym or simply work uncredited – which is more feasible as a key animator, since an episode without an explicit director or storyboarder would immediately catch everyone’s attention. I get the feeling this was another case of contract issues, so I’m hoping we eventually get a hint as to who it was. This has affected right about any major director at some point, but it’s also a factor when it comes to animators. Toei’s ace Yuki Hayashi is pretty content with keeping his job at a studio that, to the surprise of many fans upset at their messy project management, has some of the best working conditions in the industry. Since he’s acquainted with many excellent creators though, he often has to resort to uncredited work and pseudonyms to go assist them while he has official work at his own studio. You might think that a mysterious Koichi Hayashi popping up to help Hayashi’s good pal Rie Matsumoto is a bit too obvious, but there are even more blatant instances. Noein’s director Kazuki Akane recently storyboarded 4 episodes of Gundam IBO, two of which under a pseudonym in the credits…but the official site lists him with his actual name for those too. Anime is silly.

There are also many cases where this is a purely stylistic choice. Again, there are countless instances here, but one that often gets brought up is Akiyuki Shinbo’s multiple pen names that he used to storyboard on his own series. KyoAni’s master Yoshiji Kigami takes it even further; he rarely uses his name anymore, instead going as Ichiro Miyoshi when working as episode director and Fumio Tada when doing key animation…which he often does uncredited anyway. And to make things even more complicated, there’s a growing subset of creators who choose to be credited by their twitter handles and online nicknames. This includes rather well-known cases like Ryosuke “ryochimo” Sawa, but also the newer generations – Itsuki “miso” Tsuchigami, Yuki “miyachi” Miyazawa and many more. This is always a bit of an awkward matter to talk about since some people would rather not make their actual name public, so let’s leave it at that. Perhaps one day I’ll write a full post about anime pseudonyms and who hides behind them while keeping it as respectful as possible. 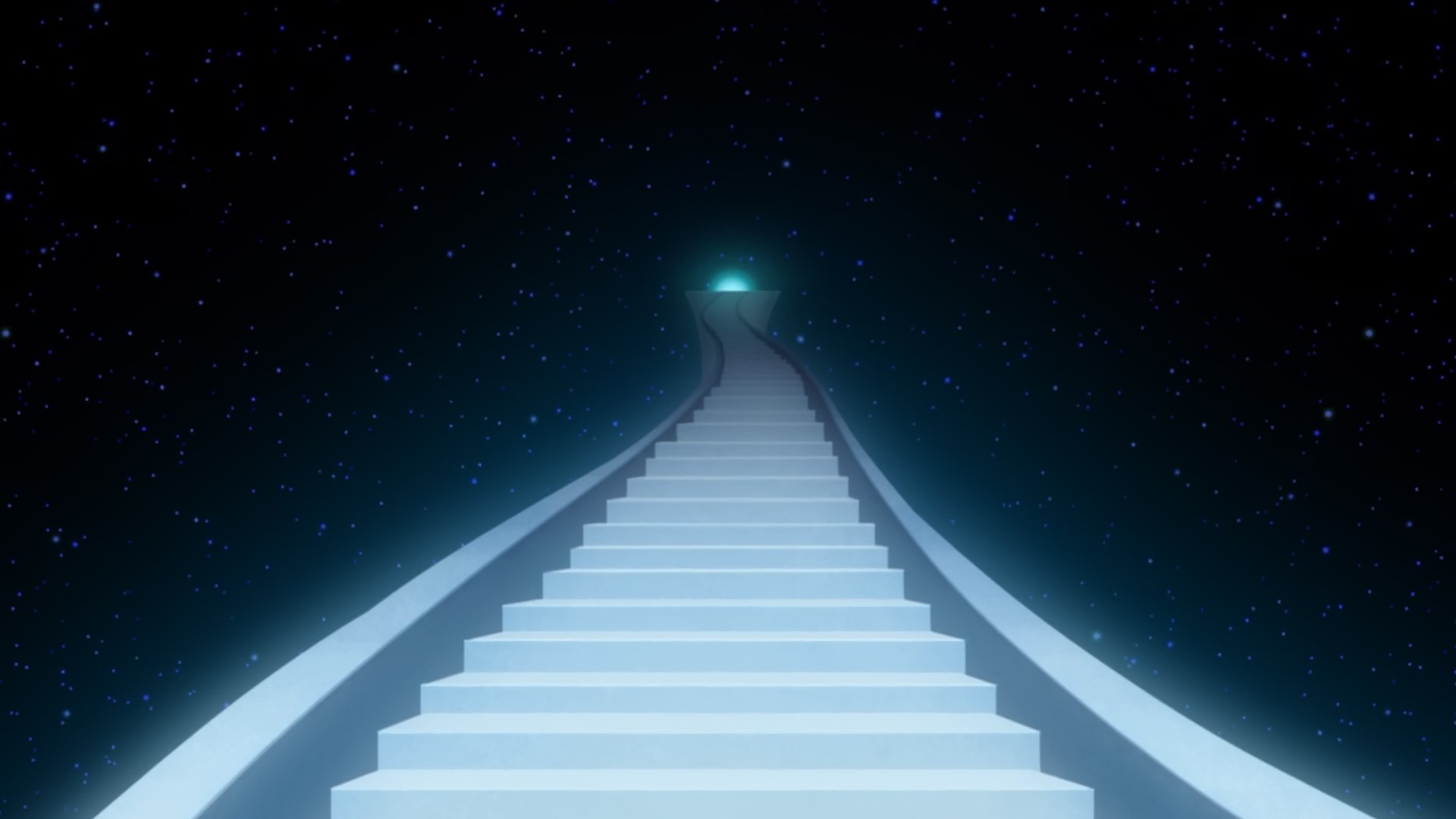 Beyond these fun anecdotes, the staff this time around stood out by itself. It’s clear they also thought this was a very important episode, because we saw the return of many key creators to the show. For starters there’s Yoshihiro Miyajima, who appears to be acting as Yoshinari’s right-hand man; he was in charge of the first episode and the opening, and has now reappeared to direct the episode with the most narrative weight in many weeks. Perhaps more interesting was the presence of Emi Tamura, who supervised the animation and even helped out a bit with the storyboard. She’s been a regular in the project, but this was the first time she was tasked with important tasks like that. Tamura actually started as an in-betweener at late Ghibli, which she combined with regular anime work before going entirely freelance a couple of years ago. Be careful if you try to look her up by the way, since there’s another Emi Tamura with an almost identical name (田村瑛美 vs 田村絵美) who started at Gainax after graduating from Tokyo’s Animation College in 2011 and it’s very easy to mix them up. LWA’s Tamura has built a bit of a link with Sunrise through various projects (Aikatsu, G-Reco, Gundam Thunderbolt) and is very acquainted with Trigger as well. Her drawings are on the sharper side, but she adapted to LWA rather well in spite of that – her Akko was one of the cutest so far! Thanks to the mysterious storyboarder’s nasty habit of consecutive shots zooming in it also was obvious that as a supervisor she couldn’t really ensure consistency. This project has the strongest schedule in any Trigger production by far, but in some regards it’s also a bit rushed; while they’re more ahead than ever, they seem to be under pressure to comply with Netflix’s much stricter demands, hence why a producer said they’re behind. That shows within the series as well, but that’s TV anime for you.

The team of animators is also full of names that feel very familiar at this point, including the diabolically fast supervisor Kengo Saito. The show’s main animator Takafumi Hori was once again tasked with Shiny Chariot’s spectacular effects; putting him in charge of those scenes is smart because it takes a charismatic artist to pack the punch necessary to depict those moments that shape Akko’s adoration, plus having a consistent animator behind them gives an interesting cohesion to Chariot’s magic. Toshiyuki Sato’s work was also a highlight, there’s something truly enchanting about the fabric animation in this dance sequence. The episode director Yoshihiro Miyajima thanked Yasu Ohkawara for the corridor scene, so chances are his cuts are around here with Yuto Kaneko’s work. That eventually lead to my absolute favorite sequence in an otherwise just functional storyboard, this perfectly cartoony moment where Akko kept on climbing a ladder she already left. On less of a positive note seeing Yukina Kai credited made me a bit sad. She’s a young Trigger animator who recently tweeted she was quitting (hopefully not permanently) animation, so this must have been one of the last pieces of work she did. Here’s hoping she eventually returns!

I think if I worked on the industry, I would use the same method as Yoshiji Kigami, on my case, Shinya Hashimoto animating and Shigeyuki Kawajiri directing (,You can guess who are my inspirations easily..)

Norimitsu Suzuki is the true master, since he barely chooses to get credited anymore whether it’s at BONES or somewhere else. It’s always funny when he makes a solo ED sequence and we see no credits/key roles missing.

Another interesting case is Osamu Dezaki, that used around a dozen of pseudonyms on his career, everyone with a different, special, meaning, being the most common one Makura Saki, that means “The future looks bleak”, he was pretty hardcore, yeah.