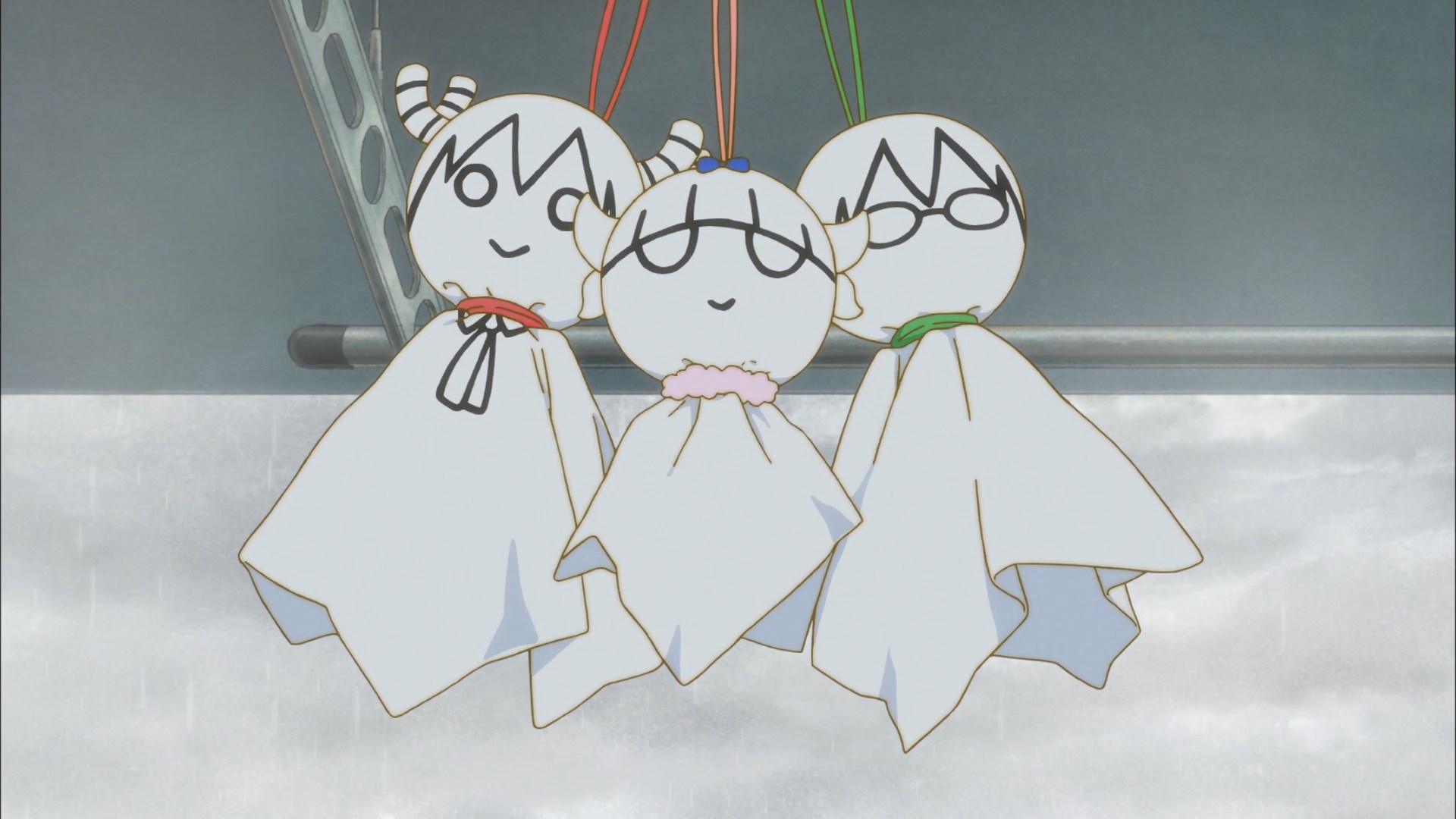 An episode about households brought to life by a mix of KyoAni’s old and new generations. As it turns out, dragon families aren’t the most standard.

— Another episode composed by a collection of various chapters and some original content, given cohesion with the theme of households. A bit more uneven than usual sadly, since one of the segments is simply a poor joke. Even if you like Lucoa and Shota’s interactions, it’s obvious the show doesn’t treat it with the same seriousness as Takiya and Fafnir’s situation or even the kids in love, so it doesn’t quite fit the mood of the rest of the episode. The former duo were absolutely adorable by the way – it took me by surprise how well it worked considering they had only been background gags so far, but details not explicitly stated like how they decide who washes the dishes over videogame matches sold their cohabitation. I was delighted when I saw how far they decided to take their relationship, definitely the episode’s sweetest surprise. It goes without saying that the main trio still effortlessly steals the spotlight when it comes to family scenes though, as that is what the entire show is building up to.

— Yoshiji Kigami working alongside Tatsunari Maruko is a rather extreme example of KyoAni’s old guard cooperating with newbies. This was Maruko’s first time supervising the animation for a show heavily leaning towards cartoony and I’m very pleased with the result; rounder drawings and bouncy motion, with a bit of looseness and plenty of cute expressions. At some point I’d like to talk about the very deliberate change the designs are experiencing as both Tohru and Kobayashi gradually become softer, since it’s really obvious at this point.

— I was positively surprised by the sheer amount of movement. It’s obvious during the silly gags but also constantly present in low-key moments and even gives life to crowds. That’s partly thanks to the fact that Kigami’s boards are obscenely detailed – not in the sense that every drawing is very polished, but in how he carefully depicts even the most minute gestures. It’s not heavy on charismatic cuts but still easily one of the best animated episodes of this season.

— Kigami loves effects animation, that much is undeniable. His FX style has influenced many people at the studio and he’s often put in charge of those aspects, such as when he was designed (non-explicit) Water Animation Director for Free!. And he has no intention to hide his preferences, which is why effects constantly take the center stage during the episode. Seeing meticulously animated raindrops in TV anime is extremely rare and it’ll make Kanna happy, so everyone wins here.

— Once again we have two tiny units of key animators at play. The first one is mostly composed by very young artists, as well as the veteran Hiroyuki Takahashi who is now free to animate after supervising the 2D instruments throughout Euphonium. The second group includes most of last week’s main animators; they must have wrapped up their episode quickly and that allowed them to assist the next one with the clean-up process before their next major endeavor, which should be around episode 10~12. Technicalities at the end of the day, but the studio’s in-house production model makes this process very transparent.

— I’ll never forget my weekly reminder that the backgrounds are fantastic. Which they are, by the way.

Don’t forget about Akitake, who did KA again in this one.

I don’t think he did, he belongs to the second unit aka 2nd KA/clean-up. They formated the credits differently this time so they’re not properly separated, but you can tell either way. (Asama->Kuroda seniority order, Takahashi & Maruko special KA credits for this week, then Akitake->Yamaguchi seniority again.)

Well. At least Maruko is getting better.