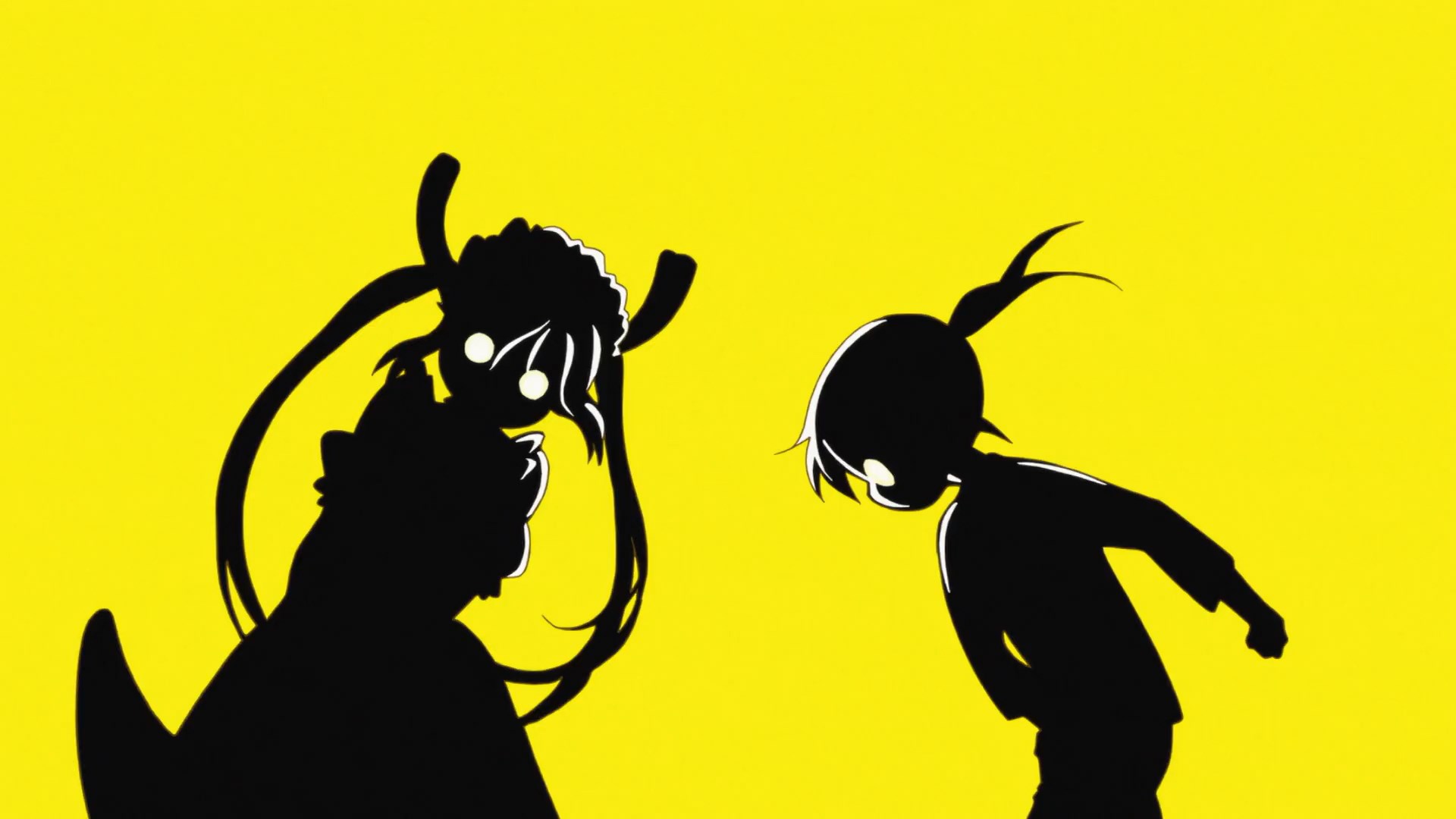 A Silent Voice‘s team has arrived to handle material that couldn’t be any more different from their previous movie, but no challenge is too great for them. A sweet and amusing Nichijou-like episode introducing the last main character!

— Naoko Yamada led the episode alongside Futoshi Nishiya, hence the return of the Koe no Katachi duo. They weren’t used to working together before that film, but since that turned out to be such a positive collaboration and they’re sitting close by at the studio at the moment, it’s no surprise to see them join hands again. Their cache is currently so high that there were many comments by industry members along the lines of the episode was the best, but when I saw the credits it made sense. While this kind of material is certainly not Yamada’s forte on a surface level, she also understands the core of the series very well as seen on the final scenes. Elma’s arrival could have been tackled as another silly gag, but the show decided to seriously consider Tohru’s jealousy and the impact the arrival of a rival dragon would have on their established relationship. And that ultimately allowed Yamada to pull off a ridiculously sweet and intimate scene between these two, who might as well be married. Considering Kanna still goes by the Kobayashi surname even when they’re not saving appearances outside, perhaps they officially are.

— And of course, even if she’s restricted by the show’s overall aesthetic when it comes to photography work, Yamada’s storyboards are still very much her own. It’s easy to poke fun at her constant usage of those leg shots, but the amount of information they always convey is unbelievable; just look at the way the characters stand relative to each other whenever there’s more than one, or simply the demeanor of whoever she’s framing. No one in the entire industry can stand up to her in this regard.

— Quick note on pure production matters: Yamada finished storyboarding this episode around late December, and it all got approved in the first week of January, as noted by the series director Takamoto in an event before the series started. The episode was presumably animated for around a month after that, though we don’t have exact references there. As I’ve been mentioning in these writeups, this show’s schedule is not very good by KyoAni standards, but that still puts it way above average. And that’s why Yamada could afford to take a big international trip before her episode aired, since they had already wrapped it all up. At this point the animation process for the whole show should be done, with perhaps some finishing touches by other departments to go. Comments by certain animators hint that the plan was to finish about a month before the broadcast does, and since the studio’s top animator Yoshiji Kigami wrote that he has already moved on, it seems like things went as intended.

— Nishiya’s take on animation direction might be the most impressive one on the series so far, which is hardly a surprise. Since the very beginning his commitment to movement is obvious, as is his ridiculous range. Delicate motion approached in realistic fashion coexists with extra bounciness and loose drawings. Arbitrary effects animation that simply makes every confrontation even more ridiculous. Lots of smears used as cute embellishment and to give extra oomph to many cuts. Striking exaggerated poses. Impact frames. Very expressive drawings, whether it is during low-key scenes – guided by Yamada’s approach – or during sillier moments. And of course, the sudden ultradetail only supervisors like Nishiya can afford. It’s hard to have such a complete animation package in one episode. The episode was conceptually more demanding than usual simply due to how the scenes were constructed and it had a strong enough key animator lineup to pull it off, but his input is still very obvious.

— Speaking of Nishiya’s hand – if you enjoy noticing very personal tells, look at the characters’ hands; intricate drawings, with more articulation points than usual…sometimes more than makes sense, but he’s never going to let reality restrain him. This has always been one of Nishiya’s quirks, and working on a project like Koe no Katachi where the major visual focus was on communication through hands has only made it more obvious.

— This is the closest this series has gotten to Nichijou on an aesthetic level. The stylization is pushed further than ever, not only when it comes to the character art (with more geometric faces) but also with its visual vocabulary in general; pure comic book effects like small clouds symbolizing movement and solid wind stripes are recurring elements this time around. This excellent sequence around the end was the point where the Nichijou similarities felt the strongest; the tremendous power being represented in such simplistic fashion yet still carrying such force intensely reminded me of the recurring gag with Mio’s dream and the zeppelin fight.

— I’ve been praising the sceneries a lot and for good reason, but the art design in interiors is just as strong and has incredibly pleasant color work. Sadly it’s harder to appreciate the backgrounds during those scenes since people insist on existing within buildings!

Well, I will take Elma being shot moment as a reference to Nichijou (still, I didn’t watched Nichijou, Yeah, bite me).

Great episode overall but I thought the jokes were hit and miss, the deliverance was better in the manga. Comedy isn’t Yamada’s forte.

Great episode from Naoko Yamada and Futoshi Nishiya. Can’t wait for next week’s episode. Shinpei Sawa is storyboarding and directing from Takemoto’s third script, and we have animation direction from Yuki Tsunoda, Yuko Myouken, and Shoko Ikeda.

Won’t that be fun?