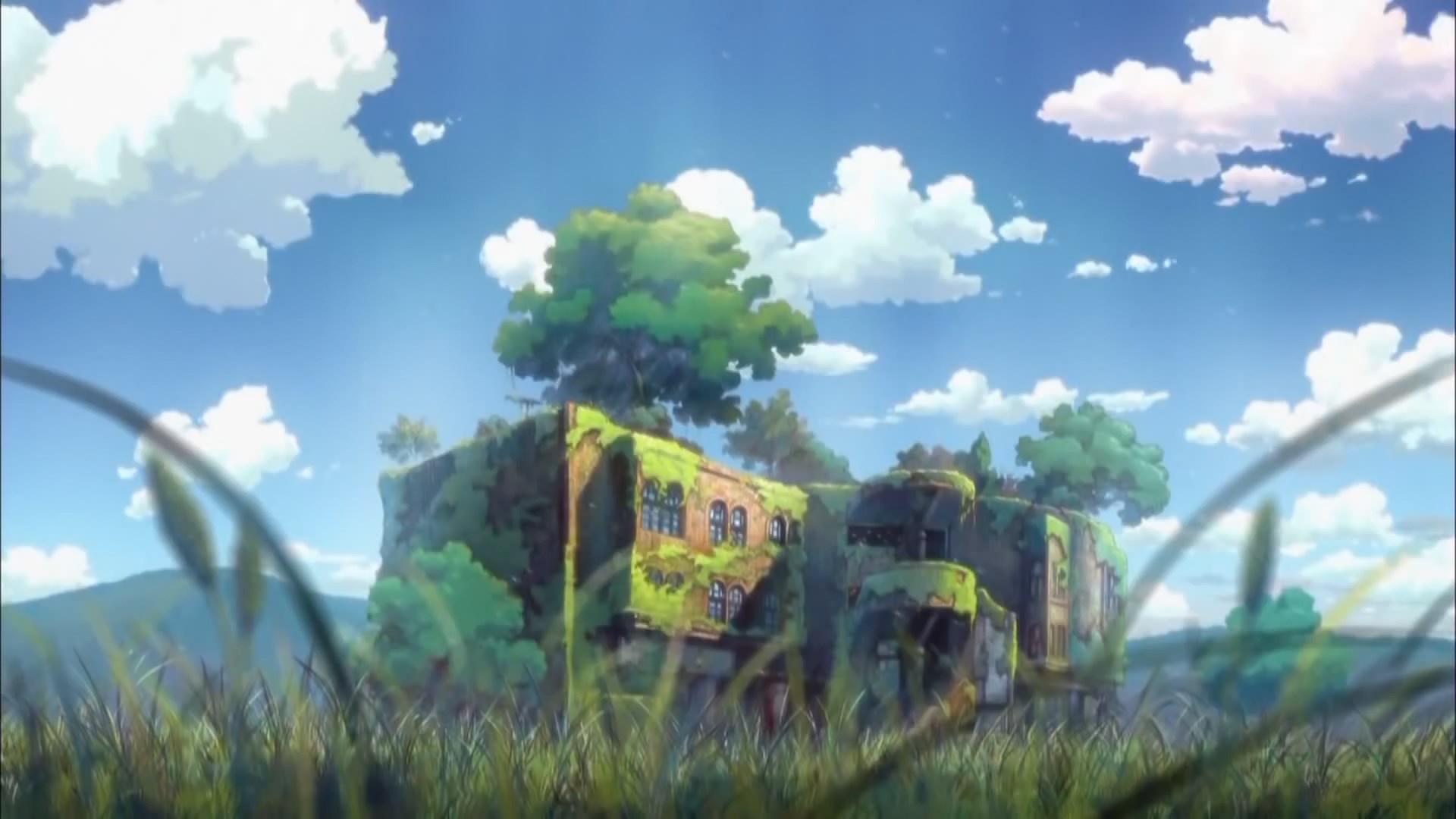 Photos of Kyoto Animation’s new building have been surfacing as it was being built, thanks to very dedicated fans. It seems like there’s quite a lot of confusion about this development even within the Japanese fandom though, so let’s explore KyoAni’s studios and their specific purposes!

Detailing the news and the misunderstandings it led to seems like a good way to start. Back in late October 2015, someone noticed a sign that claimed Kyoto Animation had plans to build new facilities in that vacant lot; by miraculous coincidence, that happens to be the same spot that one of this site’s collaborators had taken a pic of during a trip with a friend. The construction work took a while to start, but the moment it did curious fans started regularly checking its progress. At the moment it’s pretty much finished, with waterworks currently going on. Ever since the outside of the building started to approach completion, more and more people started noticing it. And thus the misinformation starts to flow. “KyoAni’s new studio place is very similar to the old one.” “How come their studio is so small?” “So they’re going to recruit new animators for this?” This stems from people being unaware of the locations that actually comprise the studio, so let’s get to that.

The most public-facing building by far, to the point that it’s made plenty of fans believe that it is the entire studio…despite little production matters happening over there anymore. Mostly business-oriented nowadays, though there are some tasks like checking and scanning in-betweensIn-betweens (動画, douga): Essentially filling the gaps left by the key animators and completing the animation. The genga is traced and fully cleaned up if it hadn't been, then the missing frames are drawn following the notes for timing and spacing. plus various digital work that they can do over there. Situated in Uji, Kyoto. 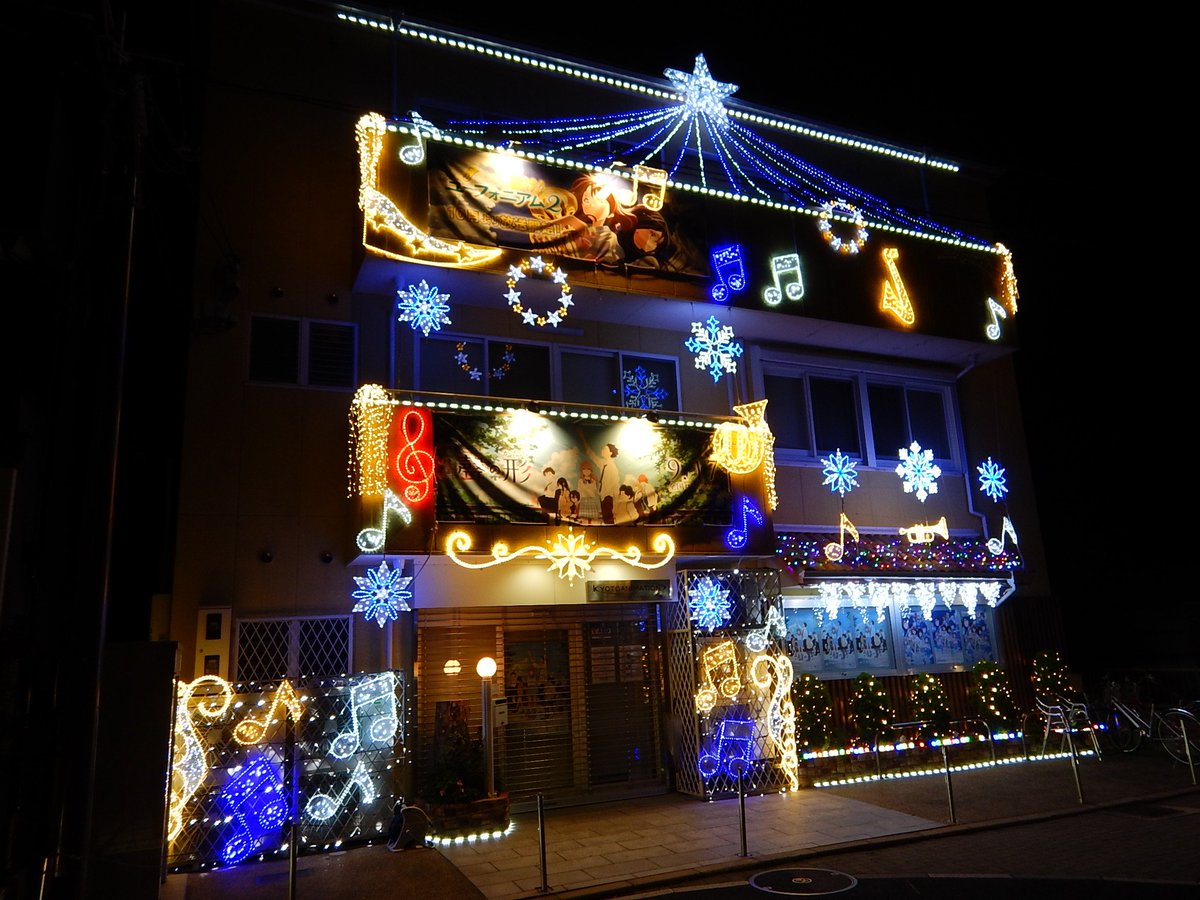 This misleadingly named studio (it’s not even a decade old, hardly their first studio) is the place where most of the production occurs. Multiple directors, animation directors, key animators, in-betweeners, digital painters, the art department, the photographyPhotography (撮影, Satsuei): The marriage of elements produced by different departments into a finished picture, involving filtering to make it more harmonious. A name inherited from the past, when cameras were actually used during this process. team, the AV room containing the master monitor… It contains more departments and kinds of artists than the vast majority of studios have at all. If you’ve seen pictures of KyoAni’s workplace chances are they were set in there, whether it was staff meetings or animators at work. The staff switches locations every now and then to form the teams that work best for whichever project they’re handling, but Studio 1 tends to house big names like Naoko Yamada. It’s their only building technically within the city of Kyoto’s boundaries; while they’re only one train station away, the rest of the buildings are literally around the same street within walking distance in north Uji. 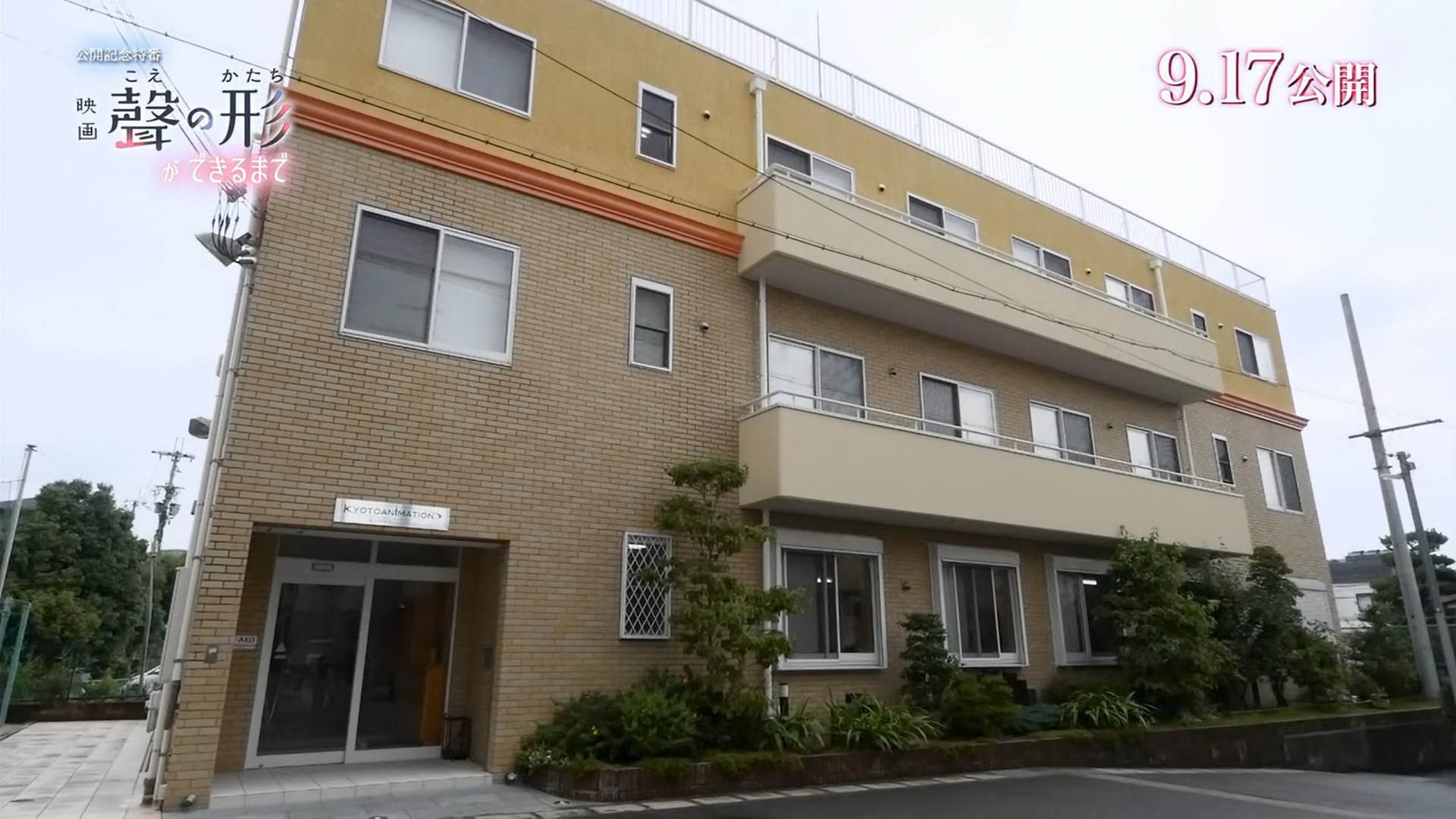 The second floor of the High Shop building contains the physical location of the KyoAni Shop, and the company has been renting the entirety of the third floor to act as Studio 2 for years. It doesn’t contain a self-sufficient production line like Studio 1, but it’s got directors and key animationKey Animation (原画, genga): These artists draw the pivotal moments within the animation, basically defining the motion without actually completing the cut. The anime industry is known for allowing these individual artists lots of room to express their own style. units that can handle the main tasks required to animate an episode. 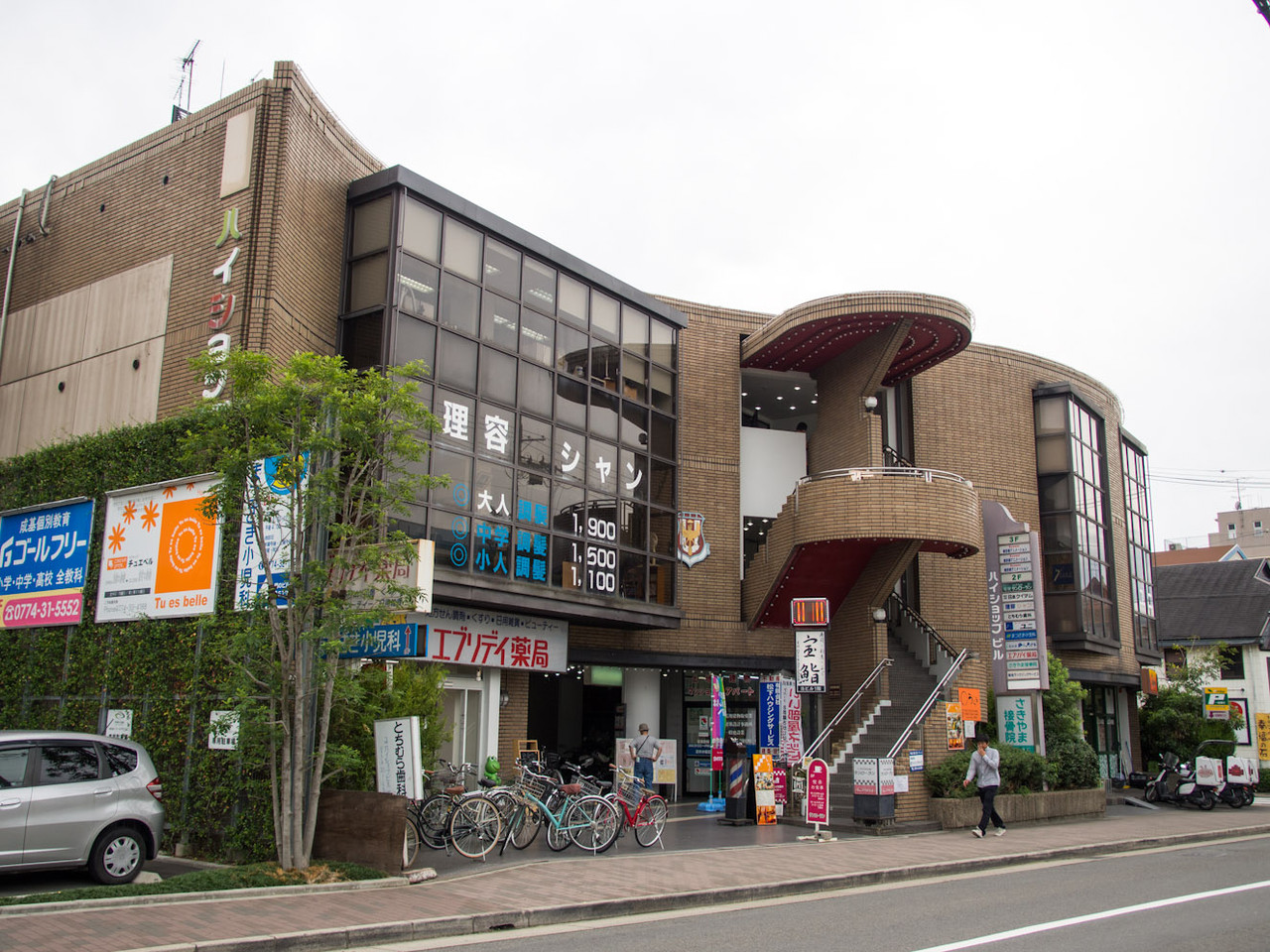 Another building within the neighborhood they partly rent, dedicated to the company’s merchandising division. 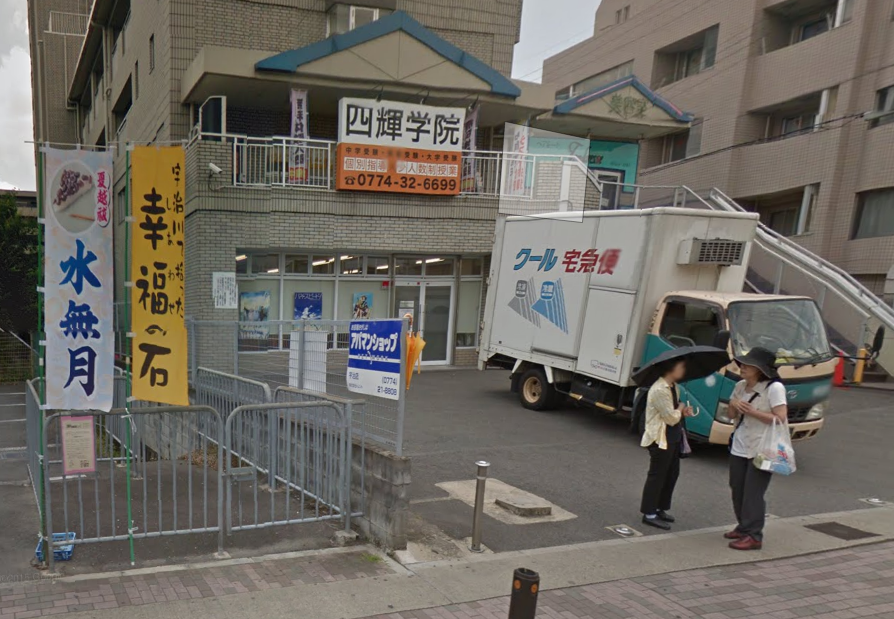 The studio’s Osaka branch, currently located in the fifth floor of the Fuso Doshu-cho building. It houses its management staff, their episode and animation directors, key animators, in-betweeners and some painting staff; unlike its Kyoto counterpart, AniDo lacks some animation production departments like an art/backgrounds team. Since they’re fiscally separate entities (owned by the same people) but by all means the same anime studio, Kyoto staff have temporarily moved to Osaka if the project required it; such was the case for Futoshi Nishiya, who moved his desk there during Free!’s production. Definitive relocations have occurred as well due to staff members deciding to move from one city to the other. 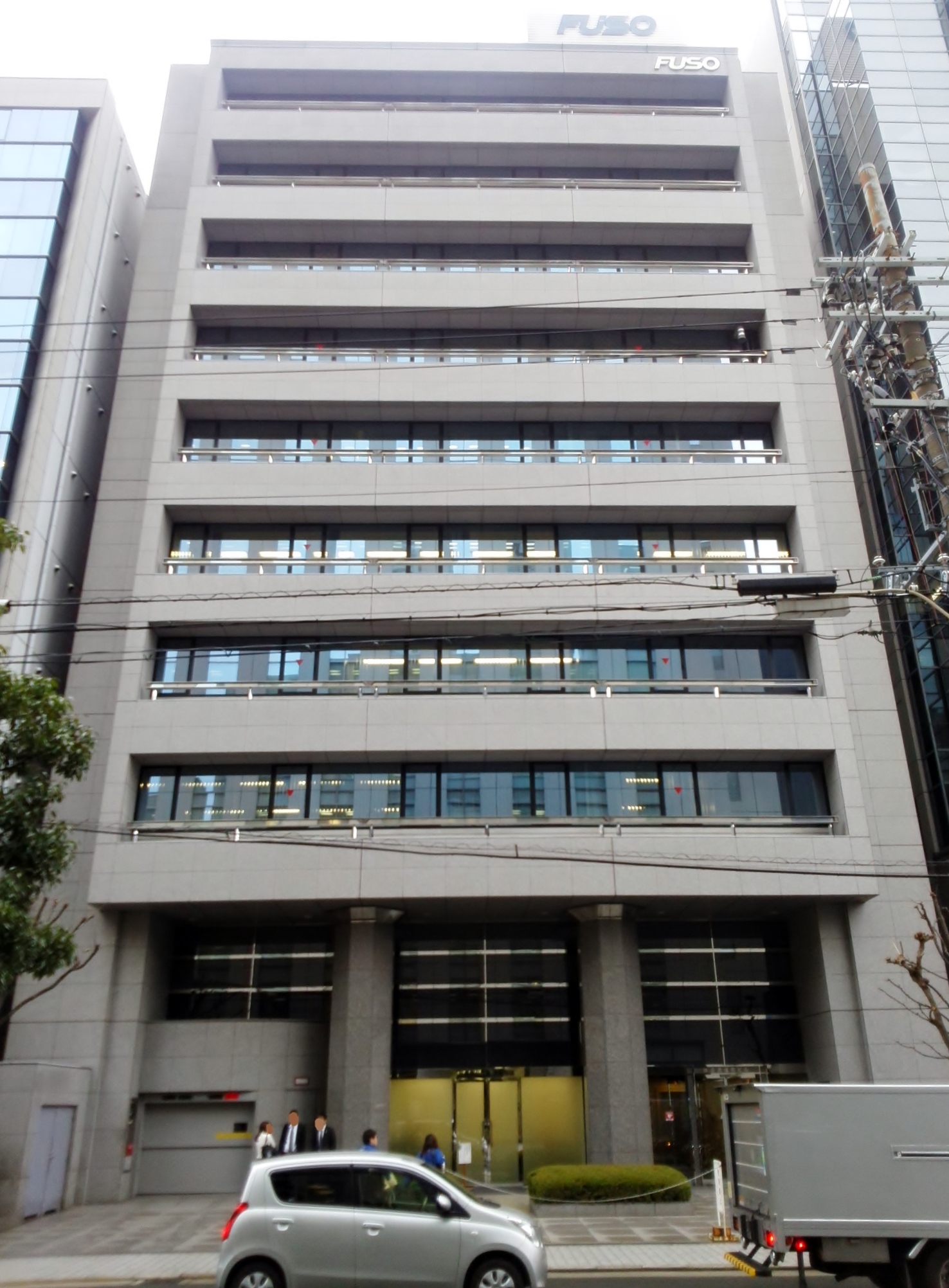 KyoAni has an office in Tokyo that doubles as an apartment when they’ve got to travel there for business reasons, as well as ST BLUE (formerly AniVillage) in Korea – a very small studio whose entire role is to assist them, though its presence keeps on declining. They used to draw some key animationKey Animation (原画, genga): These artists draw the pivotal moments within the animation, basically defining the motion without actually completing the cut. The anime industry is known for allowing these individual artists lots of room to express their own style. for the studio’s projects, but that practice stopped many years ago so nowadays they only handle a small fraction of inbetweening, digital painting and backgrounds.

Photos from within the studio(s):

Why invest in constructing a new building if they already had so many facilities, then? While fans misunderstood the situation, it’s true that this is going to be a bit of a replacement. The KyoAni Shop is quite the established institution, even with animated TV commercials of its own. But as you might have been able to tell from pictures and as anyone who has visited can attest, the shop is very small. On top of that, it’s situated in a building they don’t own and that isn’t used for the studio’s purposes in its entirety. So rather than keep renting a space that isn’t ideal, it seems that they’ve taken the chance to buy a piece of terrain within a stone’s throw (figuratively, please don’t vandalize) and move everything under their ownership. No official statement has been issued yet, but you should expect an announcement that the physical location of the store is moving there. It’s a three floor building, so chances are that Studio 2 and perhaps the merchandising division will relocate there as well. That would mean all of the studio’s Kyoto branch would be within buildings of their own property, eventually reducing costs as they won’t have to keep paying rent.

If people enjoy this kind of content we could bring it back whenever there’s another good excuse to explore a company’s facilities; the establishment of White Fox Izukogen last year, Gainax’s continuous attempts to gain a foothold in many places, every now and then there are developments that warrant a look at the physical locations of studios and their purposes. Sprawling companies are more fitting of course – there’s clearly more to share interesting tidbits from ufotable’s various settings than a small studio contained within one building.

Oh yes, please. Truthfully when I visited their head office I also assumed that their entire production was in there, so this kind of information really open my eyes. More of pics from inside the anime studios would be really welcomed too. It’s great to see the staffs working behind the scene.

I’m glad you (and everyone else who commented in here!) enjoyed it, I’ll definitely keep this in mind. I didn’t want to turn it into a regular feature because I think it’d become stale fast, but I’ll make sure to report on developments like that and use them as a reason to dive deeper into the companies.

this was super interesting! I would really like some stuff covering Studio 4c. I’m really curious as to how it’s run, etc. are they surviving due grants etc. it’s a studio which really interests me which sadly I can’t seem to find much info about

I noticed last year Studio Wit moved two of their studios from a three story building, and one above a shop, into a six story building within the same area, at least based on the Google Map provided on their official website. What’s the reason for this change?

I don’t recall them disclosing the reason, but yeah WIT did move to that building – keep in mind though, they only occupy the fifth floor (4-6 are smaller due to the way it’s built). That’s their head office, and then they’ve got “Studio 4” in one of the floors of this other building down the same street http://i.imgur.com/ClYFTSi.jpg WIT isn’t actually a big studio at all (they’ve got around 1/4 the employees of KyoAniDo following the post’s example) so that’s more than enough.

Thoughts and prayers go out to Studio 1’s friends and family.