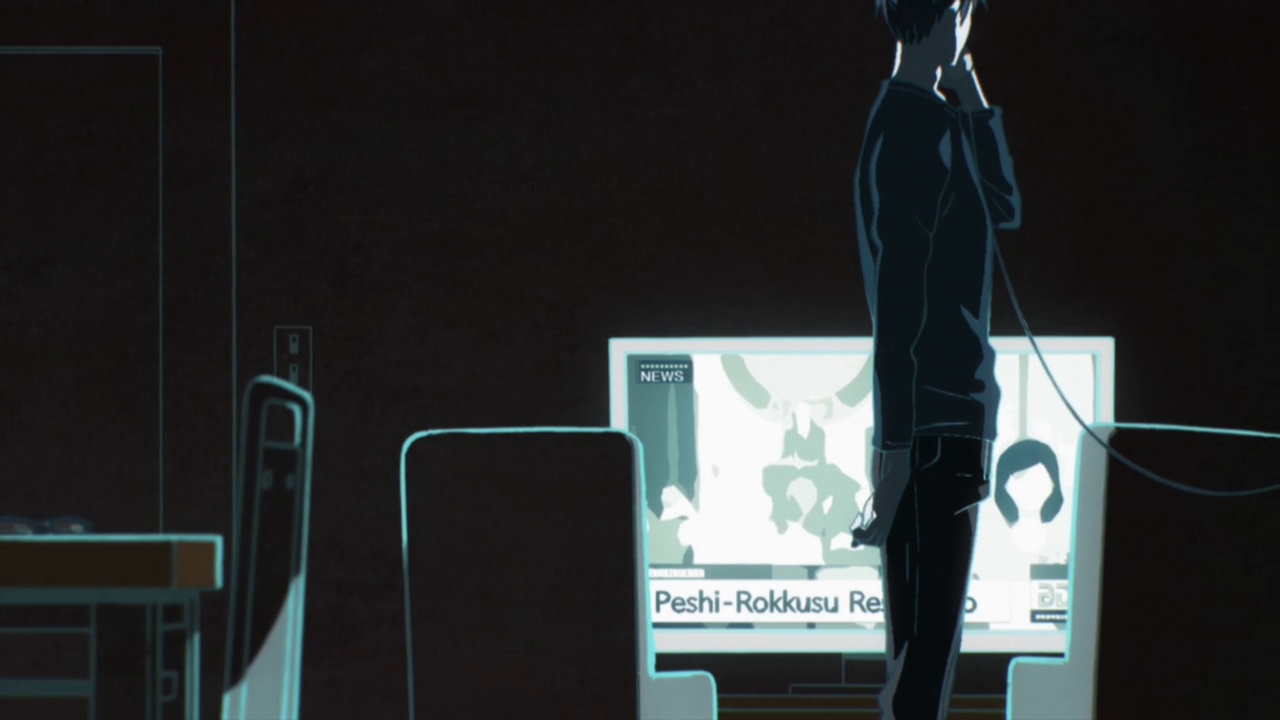 It’s a great pleasure to cover another directional debut of a young and talented animator, after last season’s Shun Enokido episode of Flip Flappers. While Enokido’s debut was a big sci-fi action spectactle, 26 years old Keisuke Kojima (also known as “desuran”) was tasked to do something vastly different – a relaxing yet bittersweet flashback episode revealing the backstories of our main characters and their parents. It’s usually these kinds of episodes that don’t provide a lot of freedom to the director, as the focus is on events that have to be very carefully and faithfully told. Indeed, the information was delivered in very standard fashion; in the end that worked out well, even though the climax didn’t feel like a proper one. But while on a pure storytelling sense there wasn’t much space for creativity, the visuals and atmosphere allowed him to go an extra mile. And ultimately, those can have a greater impact on us that the events themselves.

Which is to say, the episode was a sight to behold! It’s no secret I’m a big fan of well balanced and vivid colors in animation, and ACCA’s general palette came out as a big surprise to me. Color designer Ken Hashimoto isn’t particularly known for making vivid color settings; some of his latest works include Attack on Titan, One-Punch Man and Kabaneri of the Iron Fortress after all. For some reason or the other, studio Madhouse’s work as of late has been lacking memorable palettes, often looking overly digital and washed out. No thanks to the photography department/MADBOX adding unnecessary amounts of blue tint through lighting to the overall visual look. A good (thus bad) recent example would be Alderamin on the Sky – this is as far as I’m concerned the epitome of an unappealing fantasy world. All in all, ACCA appears to be a great change in their repertoire and director Natsume finally proved his visual sense beyond the animation itself. This episode provided a great variety of colors, from the mildly warm setting of Nino and his father’s household to a colder look centered around royal and Otus families; that same color setting was actually already used in the episode 2 flashback. The clear highlight for me however was the scene with Nino watching a TV report the train crash that killed his and Jean’s parents. Effective use of contrast between dark and bright spots with lineart unusually standing out made this scene one to remember. Excellent work by the art director Yoshioka throughout the episode as usual.

Besides storyboarding and directing the episode, Keisuke Kojima was the animation director as well. This was the first time since episode 1 that neither Gosei Oda nor Kanako Yoshida were listed as chief animation director, meaning Kojima’s work was apparently good enough to be allowed through with no further corrections. I could speak of his promising talent at length, but I think this one detail will be enough: Kojima had his major industry debut at the age of 17. The episode was decently animated overall, with bits of nice character acting here and there. Reiko Nagasawa animated the farewell scene between Schnee and Abend, Ran Kamezawa handled the first meeting between Nino and Jean, and Tadaka Mori was in charge of the final scene of the episode; elegance is at the core of this show’s aesthetic, so it’s nice when the motion can match its inherent stylishness. My personal favorite sequence was Schnee’s conversation with her father, supposedly animated by the ending’s solo key animator Izumi Murakami. Rather fitting now that we know the woman dancing in the ending is the princess as well. 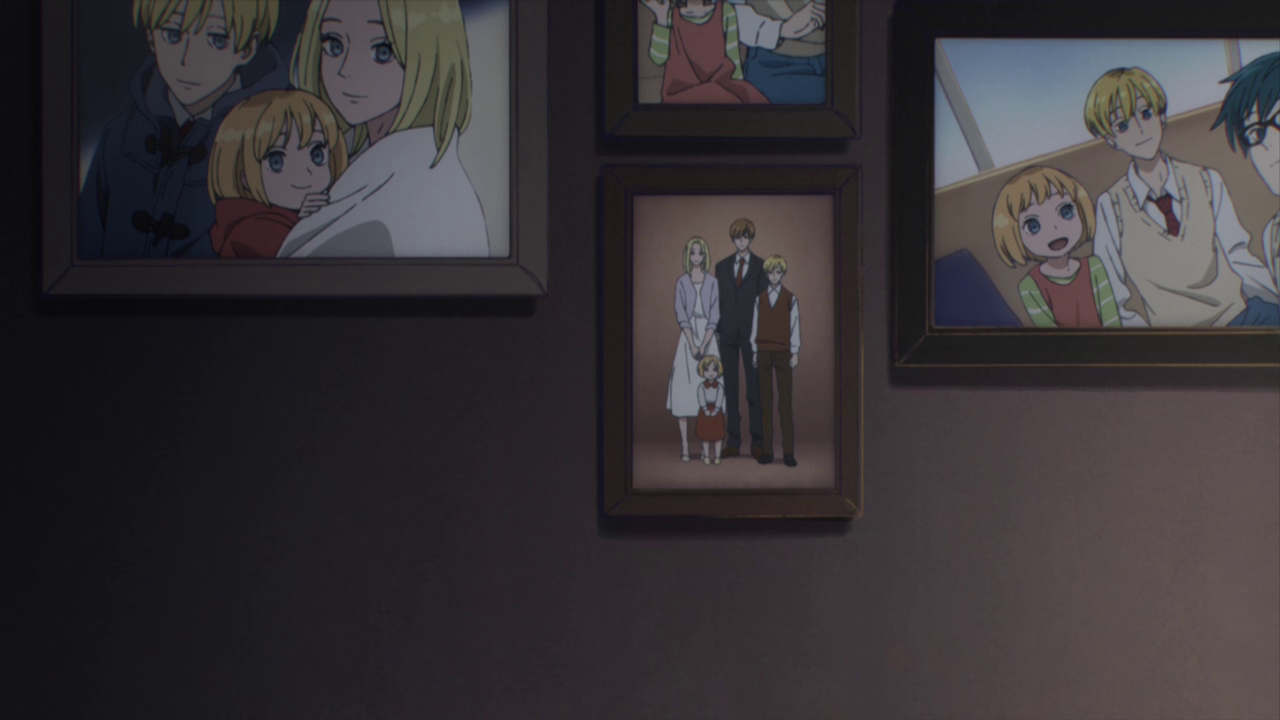 — Ouch. This episode was unfortunate. It has become a rule that every ACCA Production Notes post of mine features one in-house episode, which usually looks really good, and an outsourced episode, which…doesn’t. There’s hardly anything to talk about regarding this episode; it was simply unremarkable from an animation standpoint and weirdly clunky with its storytelling, just not up to par to this show’s usual delivery. If you made me frame it in a positive way, all I could say is that at least nothing stood out as exceptionally bad. It goes without saying that studio Pablo’s backgrounds maintained their high quality, easily becoming the saving grace this week.

— Once you get past the majority of episode animated by subcontracted korean animators who do what they can, there’s a reward in the form of a scene animated by the character designer Norifumi Kugai. Exciting in and of itself, since it was the first time he did key animation for the show. And on top of that the sequence clearly demonstrated that, at least when it comes to this project, nobody can draw the characters as well as their designer. And while I can appreciate the original look of Natsume Ono’s cast, I think I’m even fonder of Kugai’s take on them.

— I’m sorry about the intro.

You know what happened to Yoshinori Horikawa? I remember him being one of the best color designers of MADBOX.

Also, the episode ten is going to be another outsourced episode, to PRA, the #11 is apparently in-house tho.

Horikawa is actually working on ACCA, but just as a painter. He’s Idol Jihen’s color designer just like he was with Ushio, so I guess the VOLN crew trusts him.

Nice! I remember him doing some great stuff of the last two arcs of HxH2011, Supernatural The Animation and Death Parade, it is good that he is still around doing good stuff with colors, him and Kunio Tsujita are easily my favorite color designers.

Where did you guys find the information about who’s the color designer? I literally couldn’t find it anywhere else.