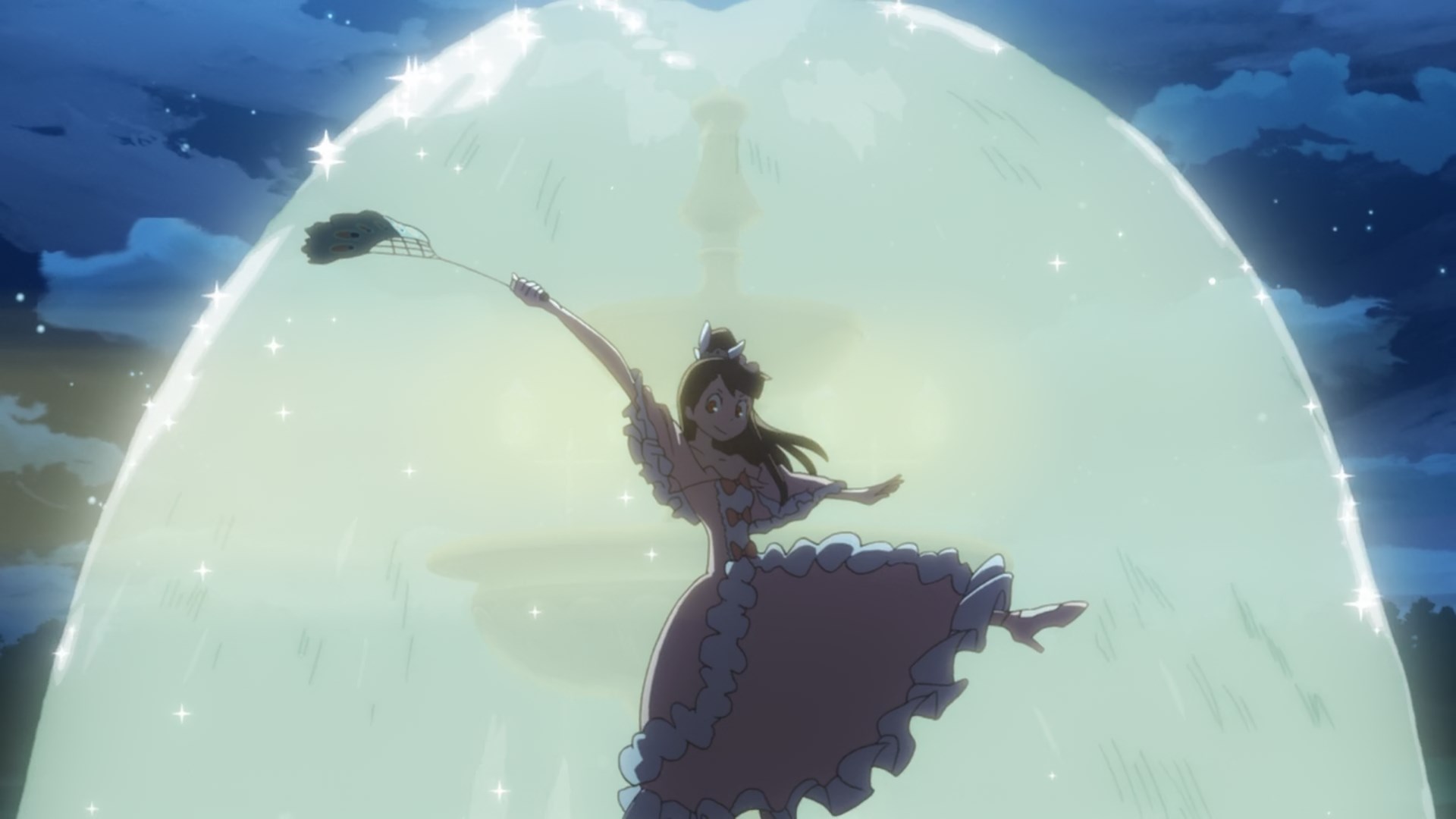 There are some downsides worth pointing out, but ultimately we got a decent outsourced episode elevated by Kiznaiver‘s Hiroshi Kobayashi. Time to delve into his take on Little Witch Academia.

This episode marked a welcome return to form for the most part, once again nailing the balance between having fun with the fantastic elements inherent in the setting and staying true to the more serious overarching concepts. Your mileage may vary since there are a couple of very unfortunate gags that I would blame absolutely no one for taking deep offense to, but looking beyond that I found it a very entertaining episode. I suppose Andrew’s character arc has been telegraphed ever since he appeared, though that hardly matters as far as I’m concerned. What did bother me was the second consecutive outsourced episode, which while a step up from last week was still not up to par. LWA comes alive through animation – not just motion – and these last couple of stiff episodes haven’t really captured its magic. It’s clear that they’re simply allocating resources so that the midseason climax can be as spectacular as possible, but it’s a shame that this is a decision they’ve had to take.

Let’s celebrate the goodness this episode offered first, though. Following the show’s trend of trusting storyboarders above all else to give unique flavor to the show, this time it was Hiroshi Kobayashi’s turn. Fans generally take a while to notice individual creators, but after a single project as series director Kobayashi seems to be majorly turning heads online; to be fair it’s not as if he’s a complete newbie since his episode director debut was around 6 years ago already, but it speaks volumes of his striking style. With Kiznaiver he proved his ability to construct a visual lexicon that isn’t only eye-catching but also deeply connected to the show’s core message. It’s directors like him that mock the idea of animation as a helping tool for the narrative, rather than an intrinsic part of it. His episode of Little Witch Academia didn’t fully play to his strengths though, as there isn’t much powerful imagery to exploit and his editing prowess couldn’t really shine. Something I did notice is his mastery of escalation, which also stood out in his Mob Psycho 100 #10. Even when we’re dealing with something as silly as a love bee mayhem, he knows how to effectively increase the tension. The highlight of the episode might be the scene around the fountain, where his sense of staging was finally put to good use via some shots that could be straight out of Kiznaiver – the usage of lighting in particular. Seeing Kobayashi show up in LWA was a very welcome surprise, to be honest. His link to Trigger is nowhere as strong as the other people who have led projects at the studio, and I kinda expected him to return to Rage of Bahamut; he served as assistant director under Keiichi Sato (his good pal, as well as the first person who trusted him as episode director for TIGER & BUNNY) for the original, but as it turns out he won’t be reprising the role. If he’s going to spend some time storyboarding on other people’s projects, I wouldn’t mind some more LWA of his. Kobayashi’s work is a delight even when it’s not thoroughly compatible with his approach. 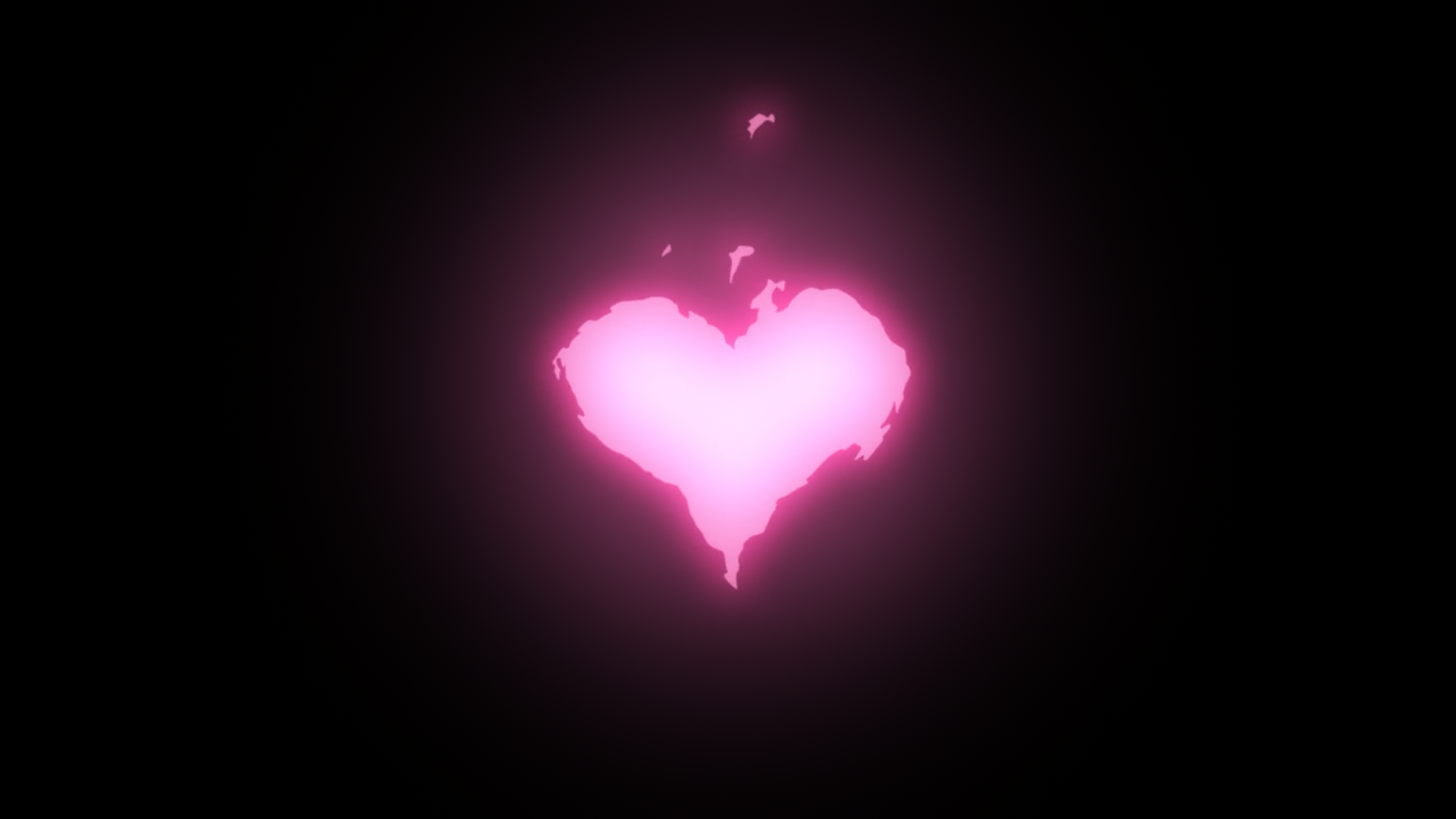 This time around the whole animation process was outsourced to Creators in Pack, an entity that Trigger relies pretty heavily on. They’ve been assisting them on the production of pretty much all their series, handling entire episodes and also doing digital painting work through their Fine Colors branch. It’s precisely the existence of many substudios that makes Creators in Pack stand out; for a moderately-sized company, they’ve got a lot of different teams to tackle different parts of the production process. This episode was formally tasked to Creators in Pack Osaka, but I also noticed artists from their Tokyo and Nagoya studios, as well as overseas ones like Jakarta. Even places like Bali, Malaysia, Shenyang and Hunan have their own offices too. And with that much widespread creating power, it’s no surprise to see the studio starting to get more ambitious with their own projects. Rather than stick to short series like they had been doing, over the last few months they’ve moved towards full-length anime of their own. And format aside, they’ve also managed to assemble very interesting teams – young artists in particular, which is always worth celebrating. Creators in Pack has been willing to give opportunities to people like Hisaaki “geso ikuo” Okui, whose first gig as TV anime director was in Hacka Doll. More recently they also enabled the character design debut of Noriyuki Imaoka, one of the most promising up-and-coming animators in the industry. While these cases aren’t the norm, they’re proof that Creators in Pack shouldn’t be written off a just a weak outsourcing company.

Was their work in this episode noteworthy then? Not at all, honestly. You can take that as a positive – nothing approached last week’s mess – or a negative, depending on your expectations for the series at this point. Either way, a definite step up even featuring some attempts at lively sequences but not all that solid overall. The one reused piece of effects I mentioned last week was used over and over again, alongside even more sequences of recycled FX. There’s something weirdly poetic about Yoshinari’s show succumbing to unfitting, stock-footage-but-not-quite effects; as an animator his FX drawings reached the top, and as a director he can’t afford to keep asking the staff to draw more of them. Anime’s an awkward thing even when good.

Which were the offensive gags? I didn’t notice.

I was curious too, so I checked kViN’s Twitter. (Apologies for the nosiness, kV.) I think the gag in question involved Luvluv Bee scene – particularly the framing of the gay dudes kissing followed by the person and the dog making out. Y’know, as if subtextually saying “after gay people get together, what’s next? Humans and dogs?” Not to mention the framing of the gay kissing as comic relief. But personally? I didn’t find either part offensive. Within the context of a hoity-toity ball run by upper-class people from old rich families, I don’t feels that the escalation from heterosexual… Read more »

Personally I wasn’t offended either, so don’t worry that I don’t mind your comment at all! I felt a passing mention was fine since I believe that they clumsily stumbled into those unfortunate gags rather than having any malice, and I know some of my friends reading this REALLY can’t stomach it.

Honestly, this may have been my favorite episode so far. If the animation wasn’t up to par, I didn’t notice. I love how well it commits to mischievous spirit of these girls and their camaraderie and adventures. Female anime characters tend to be so boilderplate, so it’s so refreshing to see a cast who will crash a fancy ball on a whim, create giant squirrels without permission, harass the cute son of an influential family, cause chaos all around them, and they run back to the dorms and huddle together, teasing each other about their crushes when they’re supposed to… Read more »

As a general rule I tend to agree, I think LWA TV is at its best when it does what the format didn’t allow before: exploring the fun, whimsical situations this magic setting enables. The tight series composition has been a very nice surprise but this kind of material is what I came for.