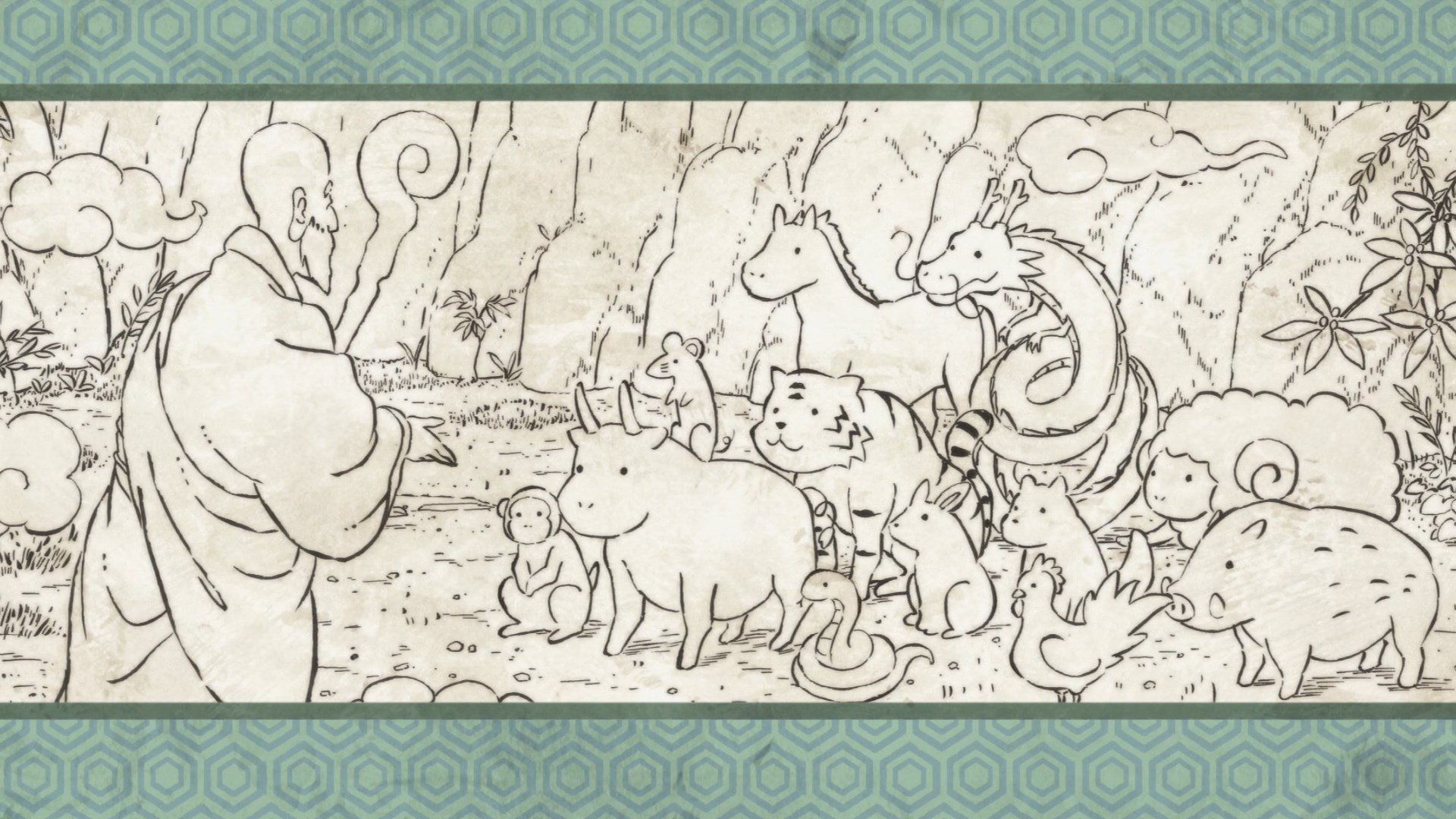 In this episode of Maidragon, the cast is lazy and takes a break so I get to talk about KyoAni’s upcoming work. It’s very timely on a production sense too, I swear.

— This virtually event-less episode was all about the mood. Conveying how comfortable the cast has come to feel with each other, while nailing that lazy feeling that can only exist while on holidays and resting under a warm kotatsu. It’s another case of an accumulation of details creating something greater than the sum of its parts; we all knew we’d see Tohru wearing the scarf Kobayashi gifted her on Christmas, but that didn’t make the scene where she’s naturally wearing it with no outright mentions any less heartwarming. Moments like the glimpse of the work deadlines and plans being pushed back give the world much more texture than it has any right to have. I feel like this is the episode that will frustrate the most the viewers who want exciting events to justify their time, but this is something I’m personally very comfortable with. Almost as comfortable as they are.

— I’d like to go on a tangent about the studio’s upcoming work, since projects don’t exist in a vacuum and thus affect each other. For those unaware, it was recently revealed that Free! would receive three films in 2017 – two themed recaps with limited screenings, then a proper movie in fall. I could jokingly credit my genius precognition by calling that Eisaku Kawanami would direct it, but the trick is something I’ve brought up many times: when all the studio’s work is done by their actual staff, predicting things is as easy as noting who has gone missing. High Speed! was a bit of an exception since it’s not quite Free!, but a new entry on the main series had to be tied to Animation Do since this franchise is the only project that had its roots on the studio’s Osaka branch. Since they’ve only got two active directors and one of them was suspiciously away from Maidragon, this wasn’t much of a mystery. I don’t think this will be the beginning of an actual career as series director for Kawanami, but the trust placed in him is no surprise after his involvement in both Euphonium finales.

— About half of Animation Do’s active animators showed up in this episode of Maidragon, ranging from their de facto leaders Kayo Hikiyama and Tatsuya Sato to KyoAniDo’s latest newbie key animator Tomomi Sato whom I briefly talked about. Everyone else is likely already working on the extra material to be included on Free!‘s recap films; this isn’t much of a recent realization, I had already noticed people like Miho Kitaji and Maiko Hado must have had an extra project to justify their smaller recent output.

— And since I’m already talking more about the studio’s future than this episode, might as well mention Violet Evergarden too. My advice is not to expect it within 2017 anymore, as weird as that might sound; I was convinced they would fit it within this year, but after recent reveals I feel like winter 2018 makes the most sense. Its presumed main staff are already working on its preproduction, but after talking with a friend who has read both books I feel like that might be a troublesome enough endeavor to justify a rather long wait. I’m not as excited about the project as some people appear to be (if anything it’s Akiko Takase’s debut as character designer that interest me the most), but I hope people understand that giving projects the time they need is something they should be happy about. There are way too many anime underperforming due to time constraints already!

— Some final quick notes on this episode’s craft so that fans of the series don’t get rightfully upset at me. I believe Tatsuya Sato animated a large segment of the episode (understandably so, since evenly distributing it would mean 3~4 minutes of footage per key animator) around the end of it. Since the episode is so focused on depicting that lethargy I was a big fan of the acting there. Lowkey excellence.

— This week’s background art corner is a simple plea to have them visit more settings. Not because I feel it’s lacking in diversity, I just selfishly ask for more pretty backgrounds.

What is “High Speed” and how is it related to Free? I have never heard of it.

I wonder who could be hiding behind that classy nickname, definitely not my friend and #1 High Speed fan who’s upset not even Free fans can be bothered to check out the film.

what is it tho

On Violet Evergarden, the earliest l was expecting was fall, so winter of next year isn’t that much more of a wait. It does seem to be a work that especially deserves taking the time to do it right, not that shows generally don’t.

I was confident in 2017, but at this rate no way. They could even squeeze in something on TV before it, but that’s a wild guess based off a certain something I noticed. Also, I feel like it’s going to be a lot of work even before they get to any animation stage. It seems like just constructing something cohesive out of it might be a bit of nightmare.

IIRC KyoAni never had three consecutive cours without a TV series…So I would hope that squeeze in something in there before Evergarden. Or maybe this will be the time they break that record, but hopefully not ;w;

What do you think will come before it?

Only six key animators this time. That’s an average of around 4 minutes of animation per animator