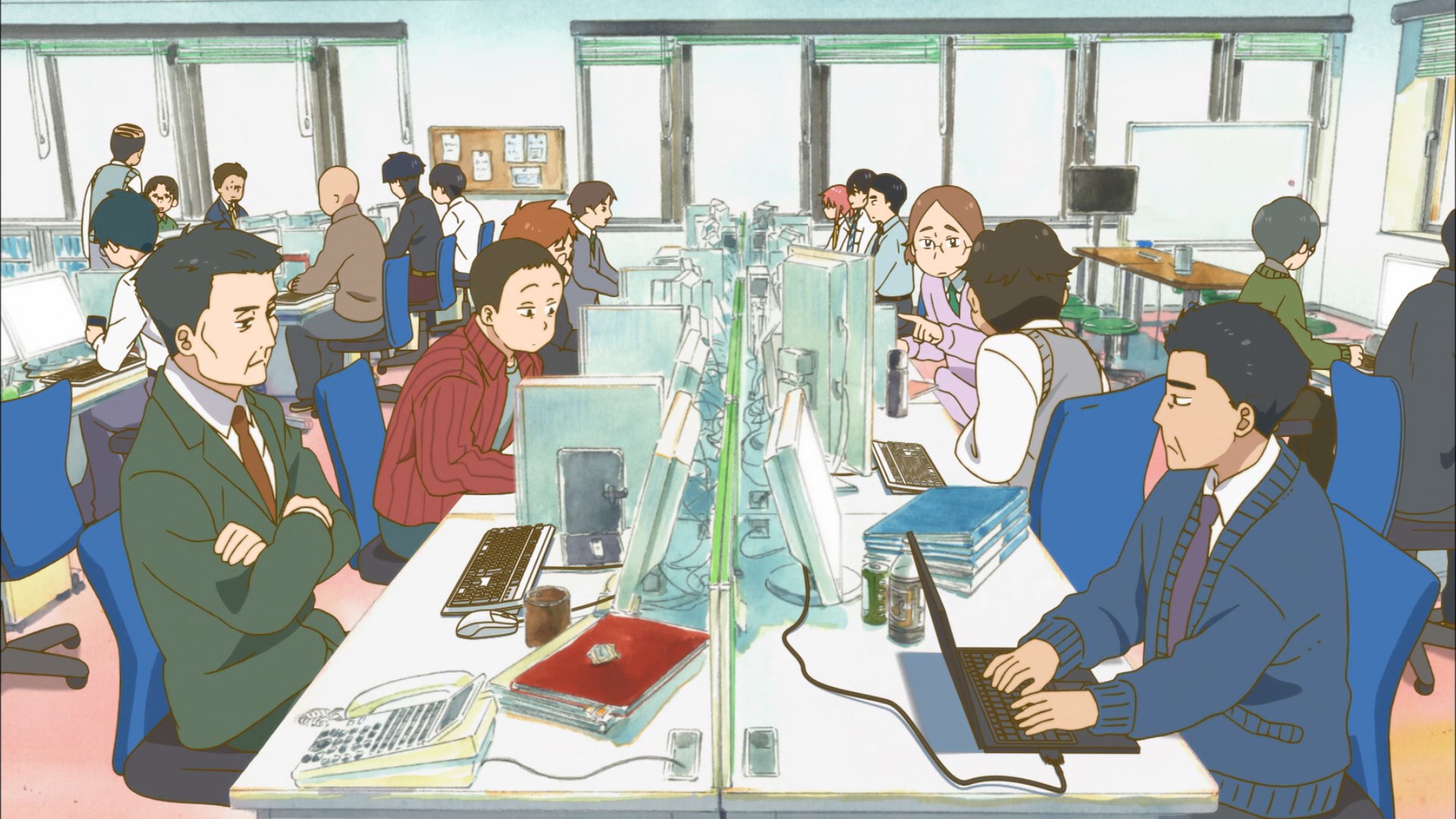 As the season is winding down and we got some very interesting anime news this week, our collaborator megax felt it would be nice to start a column compiling noteworthy industry developments; it won’t be a regular feature, but he intends to bring it back whenever there’s cases that deserve your attention. Let’s get to this week’s big news.

— On Wednesday, Tadashi Sudo posted an interesting article on the Animation Business Journal website. It’s got a lot of information, so I’m going to approach it in chunks. First, we were given the production committee (and percentage financed for once) for the TV anime adaptation of The Ancient Magus’ Bride, a production that will air from October 2017-March 2018. It consists of:

That’s 60% from companies attached to I.G port (I.G, WIT, and Mag Garden), though the studio actually animating it (WIT) is far from heavily involved. Shochiku handled the screening of the OVAs and will publish the video discs. Flying Dog will handle the music. Mag Garden publishes the series. So what is Production I.G doing, since they’re an “anime studio” yet aren’t animating the series?

The answer is: quite a lot. In this one particular case, Production IG will operate as a separate business from the animation aspect. They’ll create the business scheme, handle marketing, and sell rights. They’ll handle TV rights, domestic streaming rights, merchandising rights, event rights, tie-in rights, and international rights for the series. All of those are now thought to be worth more than home video sales for a late night show. That’s how the industry is changing as a combined result of declining home video sales and increase on streaming revenues. I.G has sold the international rights to mainly two companies: China to Yudou and everywhere else except Japan, Taiwan, Hong Kong, and Macau to Crunchyroll. It’s mentioned in the article that these two markets cover most of the revenue for international sales for many productions nowadays.

This isn’t new; some studios like Sunrise have held many of these rights for shows like Gundam in the past and short anime can have international rights held by the studio. What’s interesting is that we’re seeing more studios attempting to take charge of their works. I.G is heading internationally with their titles, Sunrise is relying on cash cows Love Live and Gundam after Bandai split a lot of profitable franchises into Bandai Namco Pictures, Toei has gone into nostalgia with Sailor Moon and Dragon Ball Super, and we’ve talked about KyoAni’s properties previously. These are the big anime studios who can choose what to work on and earn more from these properties. You’re not going to see someone like A-1 Pictures, DogaKobo, or even fan favorite Madhouse in charge of their work. It’s important to know that this type of situation is an aberration, not the usual. I can’t stress out enough that this is an important development, but that most studios are still mere hired hands that have low to entirely unexistment investment/return on the properties they animate.

As another curiosity, the article also mentioned how the film series Cyborg 009: Call of Justice was financed. It was an even split between Production I.G and Ishimori Production with I.G selling worldwide streaming rights to Netflix. So this shows the difference between the Netflix/Amazon productions and Crunchyroll. While Netflix continues to pay for rights for Cyborg 009 and Little Witch Academia, and Amazon does similar deals with noitaminA, Crunchyroll’s JP staff have built strong relationships and are now trusted members of several production committees.

— In non-IG related news, it was announced this week that the SAO movie had earned 600 million yen from international screenings. We generally don’t talk much about box office data in this site, but the international power of a latenight title like this is another mark of the industry shift towards films. Announced figures were 1.35 million in the first four days in the US, approximately 150 million yen in Taiwan, approximately 80 million yen in South Korea , and around 50 million yen in Singapore. SAO Ordinal Scale also topped 2 billion yen on Tuesday in Japan, making it the fastest late night adaptation to hit that mark and set to rival Love Live’s 2.86 billion yen box office. Aniplex is earning lots of yen in Japan and abroad.

— The AJA released their annual English translated report  (PDF) of the industry for 2015. I cited a few of their statistics in my anime financials 2016 post, so feel free to check it out again in English!

—Bandai Namco holdings will acquire all outstanding shares in Anime Consortium Japan.  This is the parent company of Daisuki. The platform is, in my opinion, the unloved child of the anime industry. Daisuki’s initial appeal when it was formed in 2013 was that it would be able to stream anime across to any country without fear of region locking (see above where Crunchy doesn’t have all rights outside of Japan as an example). If it’s streamed by the rightsholder, then why wouldn’t it be free to all regions? Apparently that was a major issue as many streams were region-locked. Daisuki itself was folded into Anime Consortium Japan in 2014 and its major claim to fame was exclusive streams of Bandai Namco shows like The [email protected]: Cinderella Girls and God Eater. Sunrise and Aniplex have put some shows on there, but they’ve been limited in duration as well. As such, I’m not surprised that Bandai Namco will hold all shares of ACJ, but I’m not sure what the future holds for Daisuki as a site outside of those properties.

As always, the industry continues to change and head into new directions. We’ll continue to take note of these important events and try to put them into perspective for you.

“That’s 60% from I.G port companies (I.G, WIT, and Mag Garden) with the biggest financer not being the ones in charge of animating the series (WIT).”
This line was a bit confusing to read. Perhaps change the wording? Thanks for the industry news!

There you go. I think megax just watched to make it as clear as possible that even though “I.G” is so heavily involved, the company actually animating it isn’t.