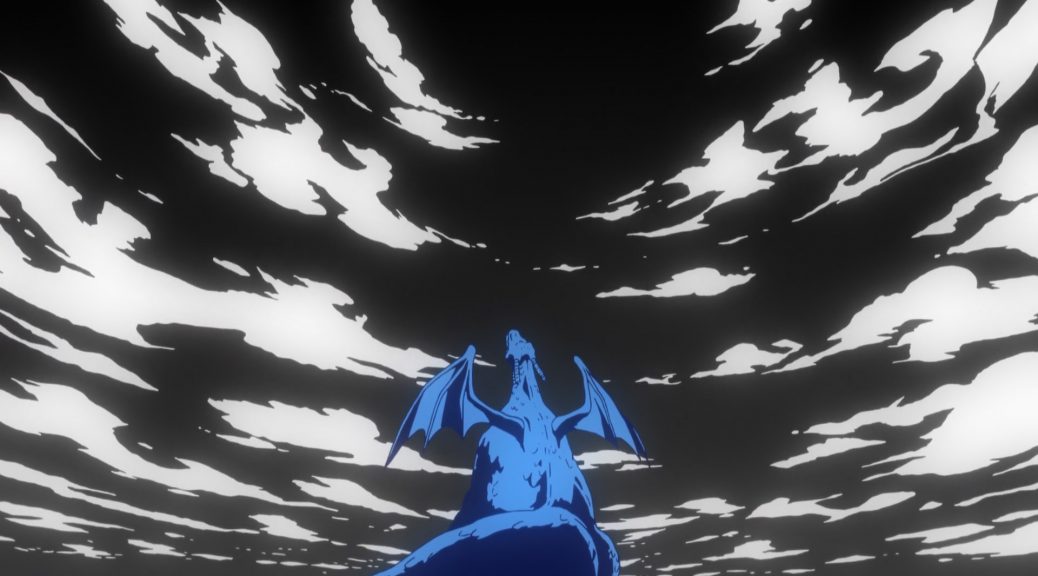 Exceptionally resourceful key staff, an adorable relationship, plus beautiful backgrounds. Which is to say, the things the show generally does well – but even better.

StoryboardStoryboard (絵コンテ, ekonte): The blueprints of animation. A series of usually simple drawings serving as anime's visual script, drawn on special sheets with fields for the animation cut number, notes for the staff and the matching lines of dialogue. More, Episode directionEpisode Direction (演出, enshutsu): A creative but also coordinative task, as it entails supervising the many departments and artists involved in the production of an episode – approving animation layouts alongside the Animation Director, overseeing the work of the photography team, the art department, CG staff... The role also exists in movies, refering to the individuals similarly in charge of segments of the film.: Taichi Ogawa
Animation DirectionAnimation Direction (作画監督, sakuga kantoku): The artists supervising the quality and consistency of the animation itself. They might correct cuts that deviate from the designs too much if they see it fit, but their job is mostly to ensure the motion is up to par while not looking too rough. Plenty of specialized Animation Direction roles exist – mecha, effects, creatures, all focused in one particular recurring element.: Chiyoko Ueno

— I didn’t expect an episode that spends time away from the family, even if it is to show their backstory, to be one of the sweetest in the series. I still feel like trying to tie back Tohru’s past into maids somehow is silly even for this series, but otherwise both her memories and first meeting with Kobayashi were much more effective than I remembered. There’s an obvious contrast between the dragon of the past and her current self, though it’s still the change in Kobayashi’s demeanor that I still find the most heartwarming. While she’ll always have issues opening up, she’s softened a great deal. Her partner’s solution to her housekeeping issues was to cook something combining ingredients from both worlds, which is kind of a ham-my metaphor for their cohabitation. I have a bit of an allergy to TV anime abruptly switching to a final dramatic arc because that’s deemed the only kind of satisfying resolution, so I’m glad that this series will apparently end with the arrival of Tohru’s dad to question her new ways – a clear recurring thread on the series.

— The short skits are generally adorable, but the way the glimpse onto Fafnir’s life sold the evolution of their cohabitation was fantastic. These nerds are the best.

— I’ve described the Taichi Ogawa and Chiyoko Ueno team as resourceful before, and this episode really embodied that. They’re people who could easily be handling full series on their own, so individual episodes are simply a canvas for them to show off. Ogawa keeps on using layoutsLayouts (レイアウト): The drawings where animation is actually born; they expand the usually simple visual ideas from the storyboard into the actual skeleton of animation, detailing both the work of the key animator and the background artists. with more depth – even without apparently movement – and threedimensional motion than usual, he will have the eye for continuity required to keep the position of the tail consistent, perhaps even surprise you with a match cut transition. The defining trait of his episodes, besides the fast cuts, is how densely packed they are. This is something I love as a viewer, but that can become a bit of a nightmare when trying to parse them with a critical eye; there’s simply so much going on (in a non-intrusive way!), that I find myself rewatching many sequences to absorb it all. A quality problem to have, I suppose.

— Ogawa’s return also means more intricate photographyPhotography (撮影, Satsuei): The marriage of elements produced by different departments into a finished picture, involving filtering to make it more harmonious. A name inherited from the past, when cameras were actually used during this process. effects, especially when it comes to the lighting. That’s the root of many beautiful shots, but I have to admit that these exceptions feel a bit weird on a series that’s opted for a much more plain approach to the composite.

— But forget about all this serious critique, here’s Kanna sloppily eating breakfast and releasing the stealth spell that hides her horns and tail.

— Chiyoko Ueno also did what she does best: never shy away from movement, while delivering a rich repertoire of drawings. The seamless transitions from excruciating detail to bouncy blobs are a joy, but looking at it as that alone is doing the episode a disservice. Even if you take a concept like monochromatic shots, there is so much range in the way those are drawn – that’s where Ueno’s skill truly shines. The show has many registers, and they’re all executed with utmost respect to the point of often looking better than the style they temporarily borrow. Animation directors like Ueno make this the most obvious.

— You might think that a weekly reminder that the show’s art direction is fantastic is going overboard, but what am I supposed to do when this is the very first shot? I asked for them to visit new locations just so that the team could depict more settings, and that they did. Wonderfully.