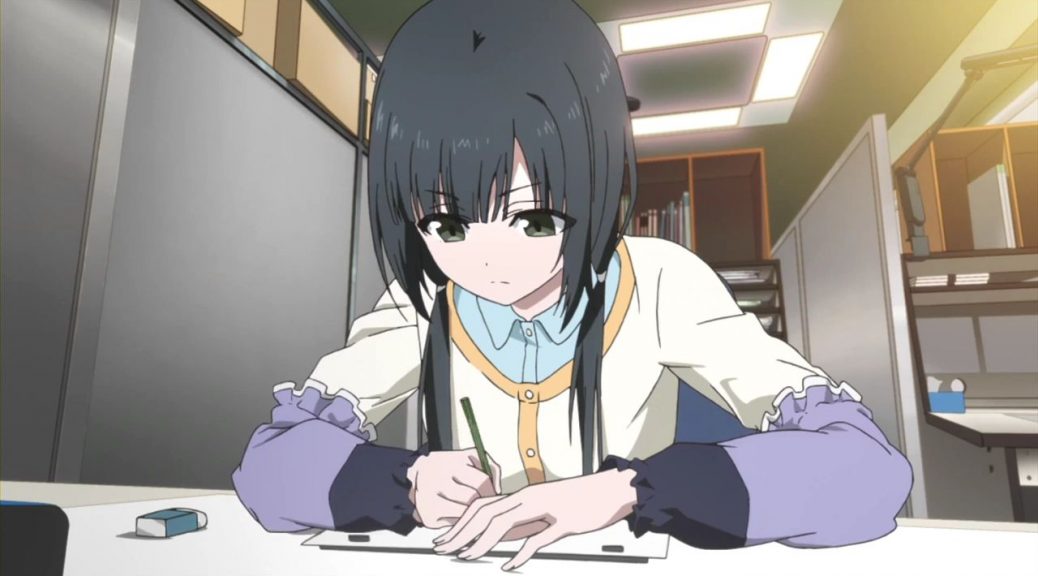 Since people enjoyed the quick look at the data last time, let’s once again wrap up a season of anime by tracking how many animators it took to finish every series and how each project tackled its workload.

Once again, important disclaimers before delving into the data:

— The key animators data is fairly straightforward, so you won’t need much help to parse it. You might have already noticed that amongst the shows requiring the least animators, there’s both extremely polished works and shows that are just painfully static and thus didn’t require all that many artists. A similar issue arises at the bottom of the list, which includes some shows that featured a bunch of movement like Tales and KonoSuba, as well as stiff ones that by no means should be averaging 40 key animators per episode. This is why I warn people not to immediately assume things based off these numbers alone, but rather to try and understand the projects themselves better through them.

— There are no cases as extreme as Yuri On ICE was last season, but don’t take this as a sign that the industry is doing better – there is nothing good about stagnating at the ridiculous levels that have been achieved over the last few years. Anyone acquainted with how anime credits used to be decades ago would weep when looking at this data. The current level of output is highly damaging and flat-out unsustainable.

— Time for some very important notes about the shows that had all of its episodes produced in-house. This season actually had more of those than usual, since studios that approach projects like that happened to overlap. You might be surprised by series like Masamune-kun and Scum’s Wish being up there, but the truth is both Silver Link and Lerche want to be able to actually produce their own series. The downside to this is that they don’t really have the manpower to do so, especially when there’s multiple projects, so they end up relying a lot on other companies to animate their projects. They’re capable of maintaining the management within their own studio though, and that alone is impressive nowadays. Tales of Zestiria being up there should be less of a surprise, as ufotable’s autonomy is well-known. The studio is closer to self-sufficiency than pretty much any other major company, this full-inhouse mentality is a studio motto rather than a project thing. That said, Tales was a bit of a rushed endeavor for them so it ended up with very messy staff and outsourced chunks every week. GoHands are also chasing the self-sufficient dream, hence why Hand Shakers was entirely key animated at the studio and by their own staff to boot. Though if you’ve seen the series, I could never give you a better example of that having no correlation to a good production. And then there’s Maidragon and KyoAni, who keep on doing basically everything themselves many steps beyond what I track here. You might as well consider them part of an industry of their own.

— As I said before, the number of animation directors does have a stronger correlation with the quality of the drawings and animation. A show that simply gives up on corrections will inevitably have a lower number of supervisors though, so don’t use this as objective and irrefutable proof of anything either. Always consider context.

— I suppose I should say something about Fuuka, since it stands out so brutally. As of late Diomedea projects have had fairly specific animation directionAnimation Direction (作画監督, sakuga kantoku): The artists supervising the quality and consistency of the animation itself. They might correct cuts that deviate from the designs too much if they see it fit, but their job is mostly to ensure the motion is up to par while not looking too rough. Plenty of specialized Animation Direction roles exist – mecha, effects, creatures, all focused in one particular recurring element. credits like the layout supervisors that might bloat the number a little bit but…no. There’s nothing even remotely normal about featuring almost 16 animation directors per episode. TV anime is still broken and only seems to get worse.

-So, Fuuka production was deader than Fuuka herself, lol. -Maruyama studio doesn’t exist, it’s just only actually contracted directors and producers, apparently, hence, is usual the amount of extreme outsourcing that it had, i think that this one it’s a unique case within the industry itself, i don’t know -Even with these numbers, Rakugo’s looked incredibly well polished and on general, awesome at worst, these numbers kind of surprised me because the look of the series, mainly achieved by Chief ADs Atsuko Nakajima and Tomomi Kimura and the series director and storyboarder of 75% of the series Shinichi Omata, was… Read more »

I think the ‘Maruyama family’ studios (Madhouse, MAPPA, M2) are an interesting case because they tend to rely very heavily on overseas outsourcing, but also manage to maintain the number of key animators mostly within reasonable levels (by modern standards at least). Might be intentional. And yeah, I think ACCA fared better than most of the output by these studios due to its very strong fundamentals. Internally uneven but still acceptable at its worst, and very pretty when at its best. The sacrifice worked out in the end.

Indeed, they practically manage to perfection the “Outsourcing to still being healthy” thing, that’s curious because they have perfectly capable staff to handle an entire series [MAPPA and Madhouse at least] by themselves, but that probably will require a better schedule than the industry’s usual one, like on the cases of The Tatami Galaxy [2010] or Zankyou no Terror [2014]. Still a smart decision, since they can maintain schedule while giving the less important episodes to the outsourced staff and maintaing the credits -and themselves- healthy.

*since they can maintain the schedule while giving lesser episodes to the outsourced staff, while the core staff is concentrated on the ones of bigger priority and maintaining the credits -and themselves- healthy.

PD: Why there’s not “Edit” button on the comments?

I think it also helps too that Dr. Movie is also owned by Madhouse. Because it gives the companies (save M2, for obvious reasons) an outlet to dump some episodes without having to rely entirely on multitudes of contract studios every episode. Just send it off to one company and have them do everything for you instead.

That also happens on M2 actually, most of the series was outsourced to only three studios: Tezuka Productions, Dangun Pictures and DR. MOVIE, the same three studios that did most of the work on the end of Maruyama’s Madhouse era.

Great work as always. Thanks for all the info.

I hope you keep doing that, at least twice a year. This is great stuff. Thanks a lot!

You’ve probably answered this in another place, so sorry. Why is it that KyoAni is able to have so few animators per episode?

-Environment: All the staff is immediately available around the directional staff when needed. They mostly just have to walk a few meters and explain exactly what they want, so little time is wasted and it’s easier to get intentions across. Since they’ve been producing all their episodes by themselves for quite a while, most people already know each other quite well, and newbies (who are often students who graduated from the studio’s school) quickly grow accostumed to it too. Also, while the studio’s schedules aren’t amazingly far ahead vs the average, they manage to maintain them a lot better. -Focus:… Read more »

Is there any notable animators that have graduated from KyoAni’s school?

Shinpei Sawa (their latest director promotion, excellent action&mecha animator) and Seichi Akitake (one of their best animation directors and usual prop designer) are both from the school. Kohei Okamura who’s been an animation director since Eupho also studied there. Likely there’s a few more people with important roles who have their origins there, but we don’t have a full list of alumni.

How long has the KyoAni school been active.

Since the 90s. They’ve had the courses yearly and also every 6 months, and they’re up to the 26th generation now.

Are you going to do something on Free Timeless Medley soon. Like listing the storyboarders/unit directors and animation directors?

There’s no point since it’ll be the same people who worked on the TV series plus maybe a couple of new animators. It’s pretty much just a recap.

Do you know what happened for Blue Exorcist ep2 to only have 1 key animator?

A solo key animation episode by Yonezawa. A ‘true’ solo even, with no clean-up people involved. Akiba’s Trip also had a solo (1st) KA episode but since the chart also counts 2nd KA and that needed quite a lot of clean-up, it doesn’t appear as such.

It’s interesting how many people misinterpret numbers like this. I shared this on Facebook last season, and the number of people associating more animation directors and key animators with better animation and a better production was off-the-charts, especially in the case of YOI. Really pretty depressing. I guess at a base level it would kind of make sense that it would equal more money and having more animators would mean you could animate more, but that’s not how things work, unfortunately. I didn’t watch Fuuka, but wow, that really hurts to see. 🙁 In regards to Hand Shakers, as a… Read more »

I saw many YOI fans take the post I wrote about its messy production and TV/stream footage differences as ‘proof’ that it actually had good animation and thus deserved a certain award. A bit awkward but that’s what you get with massive and passionate fanbases, so I wouldn’t worry about it. Also, my experience is limited to the first episode and sequences I had to approve/delete for the booru, but I think it was. I get the feeling it was animated over quite a long time by that fairly small crew. I don’t think the result was any good (beyond… Read more »

When I was looking at the first graph on which episodes of certain series had no subcontracting of key animators, some subcontracting or experienced full outsourcing, two questions came to mind. Given Ufotable’s studio motto in doing everything in-house, I was wondering if the God Eater adaptation ever got bad enough that certain episodes were fully outsourced. Secondly, is it possible that the final episode for Tales of Zestiria the X was delayed because of production delays or complications? If this is a definite possibility, then could the production of Heaven’s Feel and Touken Ranbu be partly responsible? This article… Read more »

God Eater got even messier and they still kept it technically under the studio. I haven’t been following Zestiria’s situation all that closely but the delayed finale seemed more like a special broadcast than a standard ‘we have no time so it’s delayed’. I can tell you that Touken Ranbu has definitely had an impact over ToZ though, not just due to timing but also important animation staff overlap (Akira Matsushima for one!). Incidentally, a certain ufotable director shared this post and replied to me to say that maybe I had been a bit optimistic. Which is adorable and also… Read more »

Thanks for always compiling this data. Very insightful, especially with all those charts.

Only about 10 key animators on average for Dragon Maid. Nice job KyoAni.