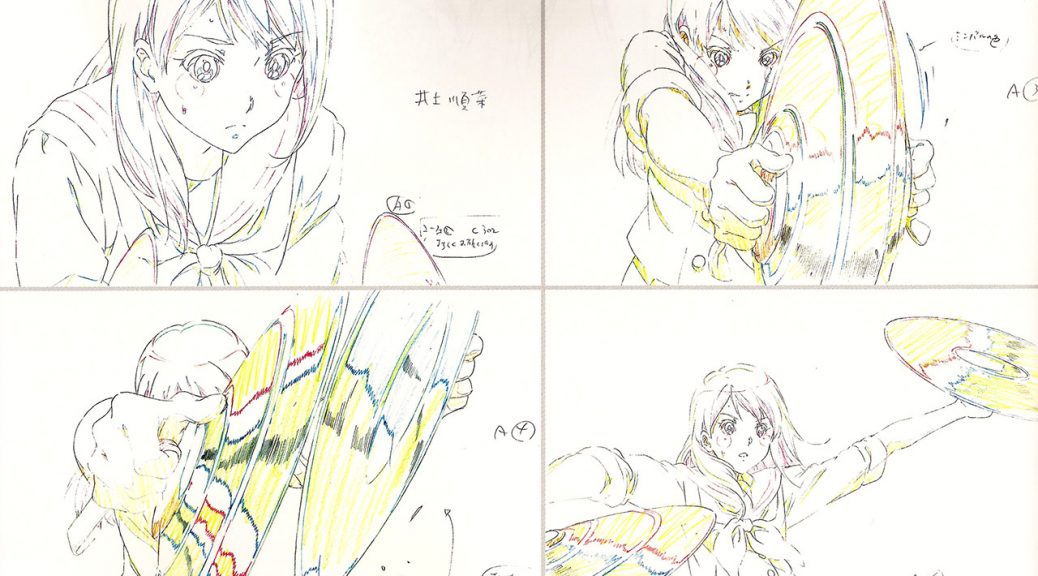 Today we bring you a translated excerpt (with a bit of additional information) from Hibike! Euphonium Complete Book, which explains with very precise detail how its spectacular performance sequences were crafted, from a visual but also musical standpoint. While this is how things were produced for this particular series, you might learn a thing or two about anime production as a whole. As usual when it comes to Eupho, translated by our wonderful megax.

Here we introduce you to the two separate lines of production, music and visuals, to show how the performance scenes in Sound! Euphonium 2 were made.

At the early meetings, the director, series composer, series director, and producers gather to proceed with script production. The scriptwriter follows the decisions made there and turns those detailed ideas into a full script.

During the script meetings for Sound! Euphonium, the applicable song choices are proposed and determined. These songs are examined from various points of view, such as atmosphere and impact on the audience, in order to pick a fitting song for each scene.

Once the song has been determined, it’s necessary to note all the essential information such as the composition of the band, the essential music portions, how the scene will be portrayed, and so on. For Euphonium, all of that information was combined and shared in a list. The applicable music portions are numbered separately. In the list above, Crescent Moon Dance (Kansai Performance Breakthrough version) is listed as “2M_016.”

Using the list of needed music portions, the Senzoku University School of Music’s Freshman Wind Ensemble 2014 performs those pieces. During those performances, cameras are set for each part to record the mouth and hand movements. These performances are the root of the work, detailing the state of the characters and changing the atmosphere of the performance to match the scene. 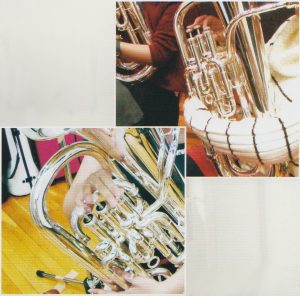 This steps marks the delivery of the recorded audio and video. Once these materials have been received, they are numbered to reduce the possibility that some of the data was omitted. Since there are many audio recordings that have similar patterns, the one whose image matches the work the most will be used.

A reference timesheet is created using the delivered audio and video materials. Each second of audio is replaced with 24 frames and the notes are timed to be used as reference when constructing the performance scenes.

The performance scenes are storyboarded. 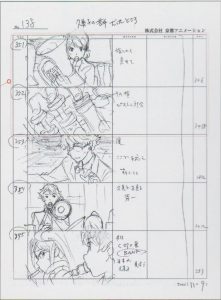 A video matching the cuts and timing of each part from the storyboards using the performance videos is made to give the animators precise references.

Using the show’s artboards and design work as bases, backgrounds are drawn according to the layout; traditionally using poster paint, as well as with digital software.

In-betweens clean-up the lines of the key animation and add drawings in the gap between key animation at certain time intervals, following the instructions left by the key animators. As Eupho has many detailed movements occurring over and over like finger movements, a single cut takes much longer than usual.

Each in-between is scanned one-by-one and colored digitally. 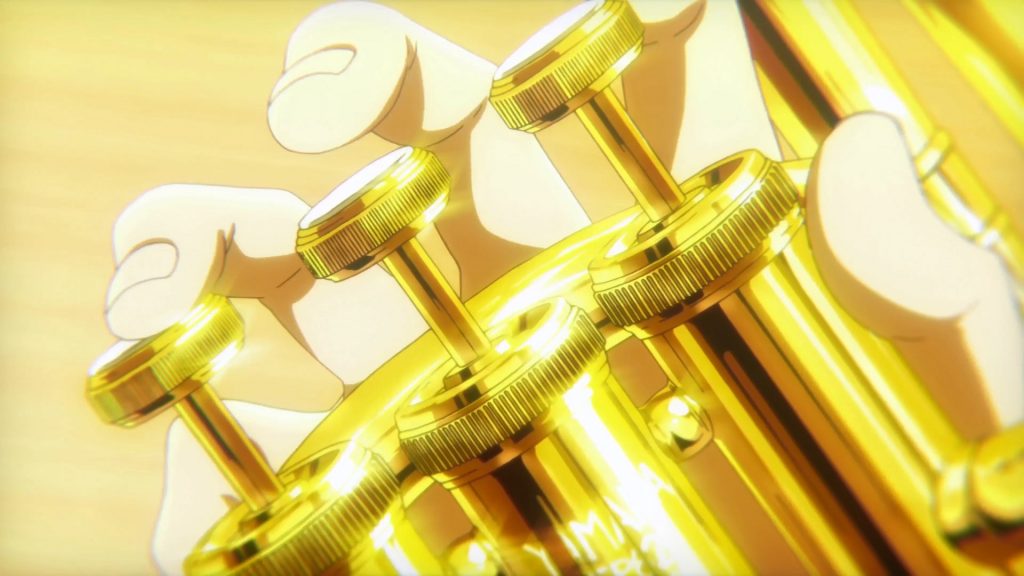 Once the animation data is colored, each cut is combined with the background and CG elements. At that time, filters and focus effects are applied in order to heighten the final visuals.

After the compositing process is finished, the corresponding audio and sounds are added to complete the scene. 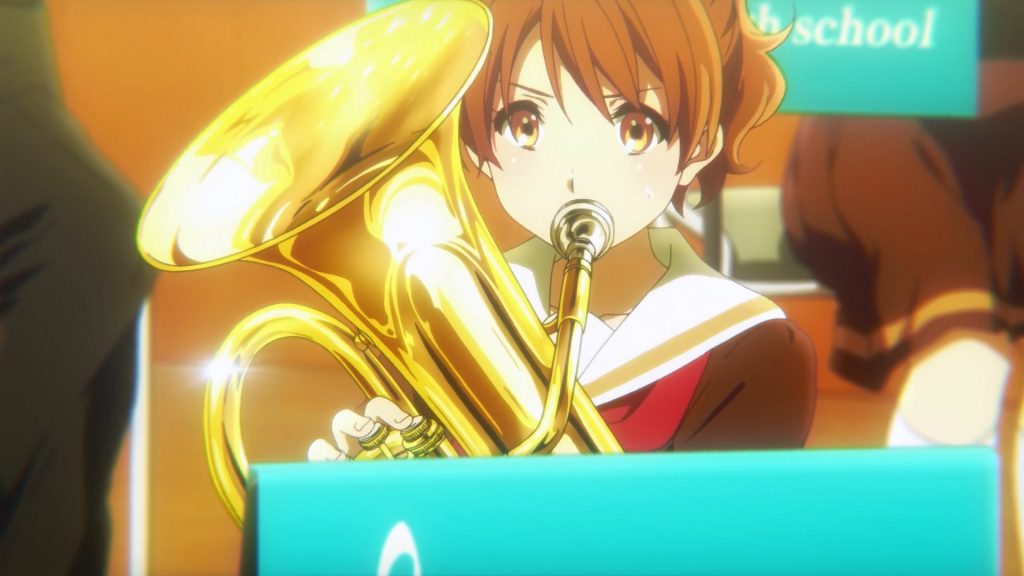 Through this process, the performance scenes in Sound! Euphonium were made.  Even if the same song is used as the audio source, if the timing of notes is different, each scene has to be re-drawn anew. This has been an introduction to the behind-the-scenes difficulty and fun of music works! By all means, please go back and re-watch the performance scenes of Sound! Euphonium.

Jeeeez, I could tell that these scenes must’ve been tough to animate because of how precise they were but this is even more complicated than I expected! It shows though.

Whose storyboard is that?

Kigami I believe, judging by the drawings.

Wow this show man, just thinking back on them performance’s gives me gooose bumbs. So much dedication and effort from kyoani!