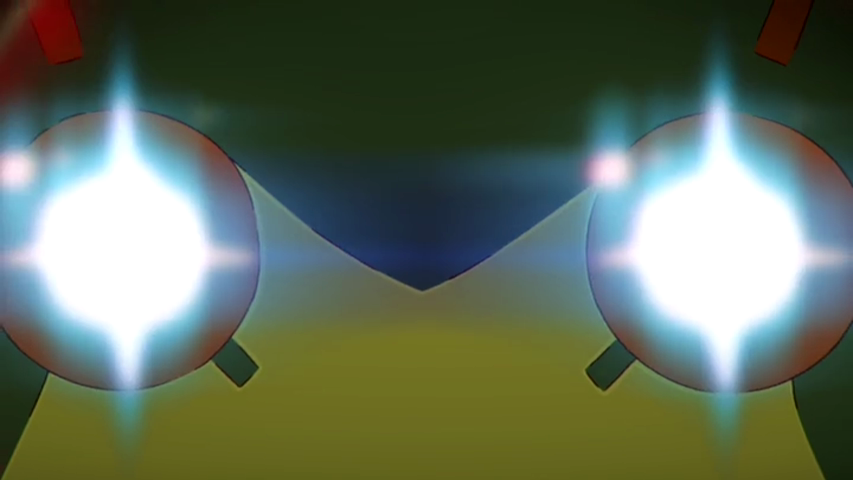 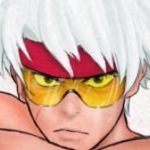 Bahi JD is one of the better known foreigners working in the anime industry, and for good reason; he’s one of the stars of the webgenWebgen (web系): Popular term to refer to the mostly young digital animators that have been joining the professional anime industry as of late; their most notable artists started off gaining attention through gifs and fanmade animations online, hence web generation. It encompasses various waves of artists at this point so it's hardly one generation anymore, but the term has stuck. phenomenon, as an animator who gained notoriety through work posted online and was able to kick-start his professional career based off that momentum. Rather recently he had his debut of sorts as director, as he handled the spectacular opening sequence of ATOM: The Beginning and its more laid-back ending. We reached out to him and he kindly accepted to answer our questions. Since his career as a whole is very well documented, we focused on his work on this opening in particular: how it came to be, its unusual production process that united some of the most brilliant talent in the anime industry, and Bahi’s personal approach towards it all.

— How did you get tasked with those two sequences?

Bahi: I got the job thanks to Production Assistant Joanne Wang (王崇如) and Animation Producer Fuminori Honda (本多史典). I had worked with Joanne-san on Pokemon Generations before, and while I was working on Kenji Kamiyama’s Hirune Hime movie, she asked me to join ATOM: The Beginning‘s production for episode 1. I agreed to that, and eventually asked who was in charge of the opening and ending sequences. Since no one had claimed the post yet, I simply requested Honda-san and her if I could direct them. They agreed, and the series directorSeries Director: (監督, kantoku): The person in charge of the entire production, both as a creative decision-maker and final supervisor. They outrank the rest of the staff and ultimately have the last word. Series with different levels of directors do exist however – Chief Director, Assistant Director, Series Episode Director, all sorts of non-standard roles. The hierarchy in those instances is a case by case scenario. Tatsuo Sato approved the idea as well so I was allowed to handle the OP & ED.

— I see. I guess that’s one of Signal.MD’s strengths – their experimentation involves giving opportunities to young creators! At that point, were there any specific demands from the director? In regards to both content and visual feel.

Bahi: No, there were no prerequisites. Sato-san wanted to know what I had in mind for the OP & ED before making any judgments, so I prepared a visual document and pitched all my ideas for the OP & ED to him. Sato-san liked my pitch and let me move forward with that.

There were no actual demands throughout the production, only one small detail at the end regarding the sandwich that Tenma was eating in the opening. We had to change it to korokke pan (the kind they sometimes eat in the manga) for consistency reasons, heh. The animator for that part was Jonathan Djob Nkondo, who quickly fixed it. Since the sandwich had a different shape and consistency he also changed the way Tenma was holding and biting into it. I had come up with that restaurant scene in my mind, but I imagined him eating a different type of sandwich. So yeah, that was basically the only higher-up demand, haha.

— Since you’ve brought up this topic, I have to ask. Jonathan Djob Nkondo is an animator with no prior anime experience. How did he get involved? Was it perhaps you who got him onboard?

Bahi: Yes, I contacted him. I’m a big fan of the works he publishes on Vimeo and his Tumblr. We mostly know each other from Tumblr, and he had collaborated with one of my internet friends before. I think the first time I heard about him was while talking to one of my animation pals, quite a long time ago. I was really happy that he joined the team. He is one of the best animators of this new generation. Before he started working on the layoutsLayouts (レイアウト): The drawings where animation is actually born; they expand the usually simple visual ideas from the storyboard into the actual skeleton of animation, detailing both the work of the key animator and the background artists. I explained him everything about the japanese animation workflow: the time-sheet, layout, key animationKey Animation (原画, genga): These artists draw the pivotal moments within the animation, basically defining the motion without actually completing the cut. The anime industry is known for allowing these individual artists lots of room to express their own style., in-betweensIn-betweens (動画, douga): Essentially filling the gaps left by the key animators and completing the animation. The genga is traced and fully cleaned up if it hadn't been, then the missing frames are drawn following the notes for timing and spacing., coloring, pipeline, everything. He quickly understood it all. Not only did he deliver great animation, but he also did so extremely fast. Because of that incredible speed, I asked him to do retakes on all his cuts in order to improve them even further. It was no big deal for Jonathan to draw retakes since he wanted to push himself and improve, which is why I asked. His speed is just as impressive as his animation skill.

— What caught the attention of many viewers was the distinct color setting unlike the one used in the actual show. Professional illustrator Jun Kumaori was credited for art direction and the non-standard role Color Script (カラースクリプト). Could you share how that came to be, and perhaps explain to our readers what that color script entailed?

Bahi: I’ve been a fan of Jun Kumaori’s works since the early Pixiv days. When I was brainstorming for the OP, I was thinking that it would be really cool if we could work with her on it. She is a great illustrator with very high skill in both character and background art, and a very nice sense for color. We knew each other from Twitter so I sent her a private message and asked if she was interested in the project. I picked Kumaori-san for the project because I thought her work would harmonize well with Tetsuro Kasahara’s manga.

For Jun Kumaori, this was also her first work on this industry. We had 3 people who worked on anime for the first time: Jonathan, Jun Kumaori and also Saskia Gutekunst, the illustrator of the ending.

— I see. So you basically still wanted to give animators some freedom for the action scenes.

Bahi: Yes, I wanted to allow them freedom but I also wanted to preserve Kumaori-san’s ideas, so we planned every cut’s production steps based on that. The animators still had freedom when it came to the motion of each cut, it was just the composition and layout that I had Kumaori-san in charge of, since I wanted this opening to feel like her works.

— That’s really neat! We’ve now moved a bit forward in the production process. Speaking of animators, you were able to assemble a rather unprecedented team. How did you manage that?

Bahi: The way we contacted people was kinda dynamic. First I reached out to Hakuyu Go and some other animators by myself. After I got Haku-san on board I told him to ask some of his friends if they would like to work on the opening. So he contacted Soty (Masami Mori), Miso (Itsuki Tsuchigami), Toshi Sada and Shun Enokido. The other animators were contacted by me. Iso-san and Suezawa-san were in the same studio [Signal.MD] at the time so I asked them directly. I contacted the rest by email or twitter. Production AssistantProduction Assistant (制作進行, Seisaku Shinkou): Effectively the lowest ranking 'producer' role, and yet an essential cog in the system. They check and carry around the materials, and contact the dozens upon dozens of artists required to get an episode finished. Usually handling multiple episodes of the shows they're involved with. More Joanne-san suggested that we bring the show’s character designer Yoshimatsu-san onboard to draw the key animation for the final cut, which I thought was a great idea. It is truly an honor to have the likes of Iso-san, Kubota-san and Shingo Yamashita working alongside us, and I think it encouraged the young animators to push themselves since they’re immensely skilled and great inspirations. Everybody did a great job, I’m happy about it.

— How did you decide which cuts should be assigned to each animator?

Bahi: I contacted animators that I knew from their past works, which definitely helped when it came to assigning cuts. There was a lot of communication during this process. Everyone is different: some animators would prefer to choose a cut by themselves, some would rather that the director decides it. First I just sent them the storyboardStoryboard (絵コンテ, ekonte): The blueprints of animation. A series of usually simple drawings serving as anime's visual script, drawn on special sheets with fields for the animation cut number, notes for the staff and the matching lines of dialogue. More and asked which part they would like to work on. Sometimes I would straight up ask the animator if they would like to work on a certain cut, and they’d either agree or request a different cut and we would continue the discussion. As an example, when I contacted Yamashita, I knew he would want to work on something between cut 24 to cut 26. He immediately said he wanted to handle cut 26 because it feels so much like his style. People wanted to challenge themselves so they took cuts that they felt would test their skill or that I entrusted them with. As a general rule I tried to assign each animator cuts that they would really enjoy working on.

— Do you have a message for your fans?

Bahi: Thank you for watching the OP. We had a lot fun making it together and we hope the audience enjoyed it too. And please check out the ending sequence as well, illustrated by Saskia Gutekunst.

— Thank you for your time!

my favourite cuts are Mitsuo Iso one and the running cuts of Mori Shozou
who is mori shozou,that was superb

and I see haikuyu go choose parts with animating fingers because he said he wasnt good at that,he did pretty damn good in animating them

Man, it’s always so fun just listening to/reading Bahi. He’s so passionate about animation.
Seriously, what a crazy amazing time to be alive.

It’s very interesting to see how the new web-gen animator leads a production process that’s very “web-gen” as well. Asking people over Twitter, posting all the production material on twitter. And they are being creative about how they do things, like “as animators to ask their friends”, and the color script position, and it seems like they are open to any new ideas. Those are the kind of things that will help moving this industry forward!

OMFG I am so glad that you guys were able to interview Bahi JD! He’s one of my fave animators on Twitter. It really does show that putting your work online to show off your skill and making connections can get you pretty far in the industry!