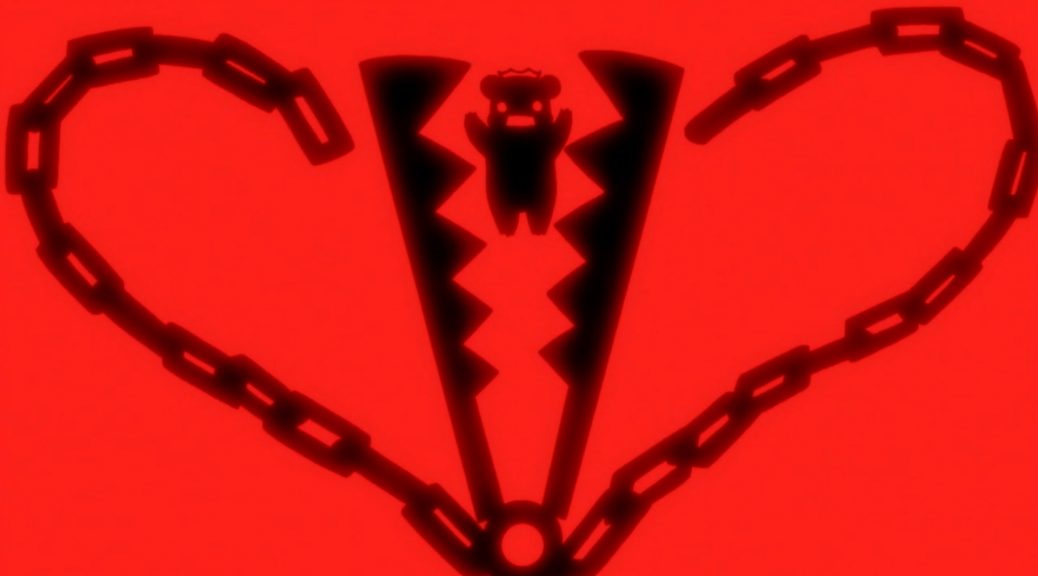 Anime sometimes has very specific roles, like Kazunori Ozawa’s recent duty to animate basically every explosion spell by Megumin on KonoSuba. And in rare occasions, these tasks can get explicitly credited under very amusing terms. Consider this a slightly instructive, but mostly comedy-focused, rundown of weird yet entirely real anime credits. What’s a Meal Animation Director? A Bear Supervisor? An Animation Director of Evil?!

I’ve been enjoying this season’s Tsuki ga Kirei a fair bit, since its naturalistic approach caught my attention and its awkward young couple is just stupidly adorable. There was something unusual that caught my eye as well: Seiji Kishi’s animation associate Takehiko Matsumoto kept on getting credited as AC Animation Director (AC作画監督), a role that even Japanese fans seemed entirely clueless about. After looking things up it turned out to simply be Action Cuts, which is honestly not as exciting as having an Air Conditioner supervisor. That gave me the idea for this compilation of amusing animation credits though, so here we go!

As far as I’m concerned, the undisputed champion of weird animation credits, and as self-descriptive as it gets. I doubt anything I say can add to the intrinsic comedy of Bear Animation Director (クマ作画監督). Kunihiko Ikuhara’s latest TV series Yurikuma Arashi featured as many gay bears as advertised, which led to some very amusing roles; Katsunori Shibata’s animation featured in the ending sequences was simply credited as Bear Dance, while episode 7 put Yuuri Nakajima in the immensely important position of bear supervision. The episode was a flashback of sorts with many more stylized bears present than usual, hence why they decided to put an animation director specifically in charge of their drawings. This is actually not that unusual of a practice since drawing creatures right is a very particular skill, but the explicit credit is inherently funny. I mean, Bear Animation Director.

Since there has been a bit of a boom of cooking anime in recent years, these roles are becoming amusingly commonplace – as much as something with a handful of instances can be anyway. It’s easy to see the reasoning here: part of the appeal of these series is the obscenely appetizing food, and they tend to be adaptations of manga with luscious art to begin with. To translate that into TV anime, which for the most part can’t afford thoroughly impressive productions, they put artists specifically in charge of making the food look as fancy as possible. One very recent example – though with questionable results – would be Onihei, but the king of Cooking Animation Directors (料理作画監督) is without a doubt Food Wars! Shokugeki no Soma. About 3 animators were always supervising its food, which always had to look delicious enough to justify the outrageous reactions of the characters eating it. And that brings us to the next example, Koufuku Graffiti / Gourmet Girl Graffiti. Rather than just the dishes themselves, the series was known for the joy with which the girls ate them. That’s why Yoshiaki Ito and Hirotoshi Arai were entrusted with the Meal Animation Director (メシ作監) role, to make sure the act of eating itself was portrayed as spectacularly as possible. In an otherwise cozy and warm series, they managed to put off some ridiculously over the top scenes that are hard to forget. While it’s not an actual animation role, even the current season of Precure has a Sweets Supervisor due to the theme of the series; not only is that the job all kids would dream about, but it also seems to hint that anime’s food experts are here to stay.

At the risk of disappointing absolutely everyone reading this, this is neither an employed demon nor a staff grudge showing itself in a curious way. Makeruna!! Aku no Gundan! follows the story of the Evil Corps, who are by no means nefarious, in their mission to conquer the universe. And purely as a gimmick, the staff attached ‘of Evil’ to every single production credit; there are some regulations – sometimes strict to the point of being nonsensical and even harmful – when it comes to anime credits, but they’ve gotten away with this silly gag. The series is quite innovative in its craft, as it’s manufactured fully digitally and has been tearing down the traditional compartments by having the key animators also inbetween and paint the sequences they draw – a potential goal of digital production I’ve talked about when writing about webgenWebgen (web系): Popular term to refer to the mostly young digital animators that have been joining the professional anime industry as of late; their most notable artists started off gaining attention through gifs and fanmade animations online, hence web generation. It encompasses various waves of artists at this point so it's hardly one generation anymore, but the term has stuck. leaders. Since the credits already looked quite unusual because of that unique approach, their silly gag feels somehow fitting.

Compartmentalization and atomization of the workload are the reality of the anime industry nowadays, pretty much the only reason things somehow work. This means we sometimes get to see egregious credits like Assistant Key AnimationKey Animation (原画, genga): These artists draw the pivotal moments within the animation, basically defining the motion without actually completing the cut. The anime industry is known for allowing these individual artists lots of room to express their own style. [Animation] Director (原画作画監督補佐), but even those are more of a mouthful than a truly incomprehensible task. But then there’s Chief Chief Animation DirectionAnimation Direction (作画監督, sakuga kantoku): The artists supervising the quality and consistency of the animation itself. They might correct cuts that deviate from the designs too much if they see it fit, but their job is mostly to ensure the motion is up to par while not looking too rough. Plenty of specialized Animation Direction roles exist – mecha, effects, creatures, all focused in one particular recurring element. (総総作画監督), something we’ve only witnessed once and that no one will ever truly understand. Let’s start this short story by talking about Kana Ishida, the illustrator and animator who drew the art for the Mahouka light novels. Since she’s an active and capable animator, there was no need to follow the usual procedure where someone adapts the original designs into animation ones, and she herself refined them for the adaptation. She was unsurprisingly appointed as one of the series’ chief animation directors as well, meaning that she was part of the team ensuring overall art consistency in the output of the animation directors. But then something happened to a couple of outsourced episodes. They had animation directors, in charge of going through the cuts drawn by the key animators and making sure they’re high quality, cohesive cuts. There were both action and effects animation directors, focusing on those aspects in particular. And then they had the chief animation directors and their assistants, the ultimate figures making sure that all that work fit within the show’s framework…but that wasn’t all. Kana Ishida herself reappeared in those as Chief Chief Animation DirectorChief Animation Director (総作画監督, Sou Sakuga Kantoku): Often an overall credit that tends to be in the hands of the character designer, though as of late messy projects with multiple Chief ADs have increased in number; moreso than the regular animation directors, their job is to ensure the characters look like they're supposed to. Consistency is their goal, which they will enforce as much as they want (and can)., whose job was…supervising the Chief Animation Directors? Even though those were people trusted to keep the series’ balance in many episodes? The reaction by industry people in social media was somewhere in between furious laughter and complete confusion, and I can’t really blame them for that. This show featured the only instance of a credit that should never exist. Once again oniisama made the impossible possible. 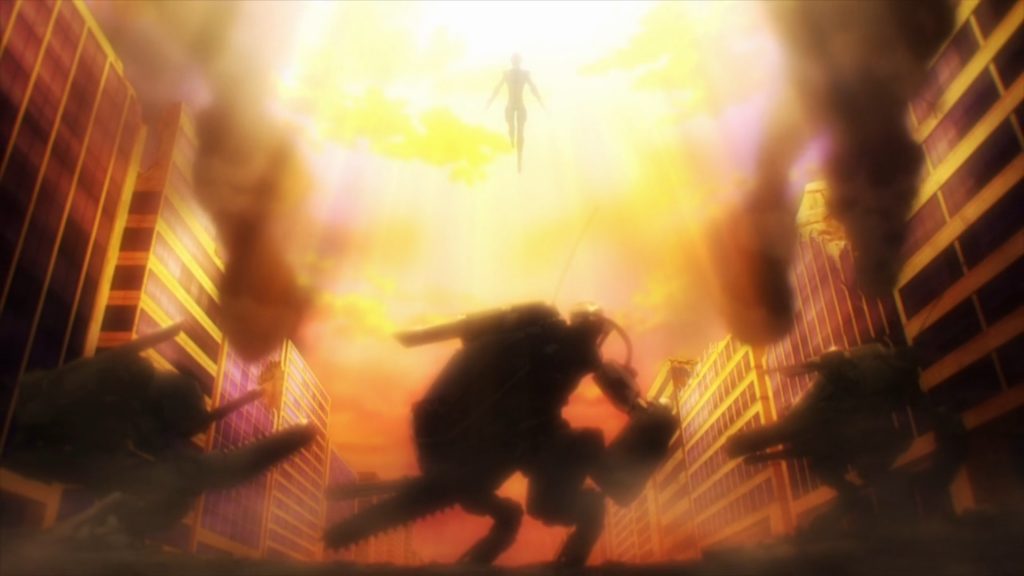 I’ve been focusing on supervision roles, but another source of unusual credits is artists who handled a specific part of the episode and got listed for it. Often it’s something like magical girl transformations and musical performances, but if you pay attention you might notice some entirely non-standard explicit roles; cases such as the separate staff unit who got credited for Star Driver #18’s karaoke scene, or Hirokazu Kojima’s Battlefield Key AnimationKey Animation (原画, genga): These artists draw the pivotal moments within the animation, basically defining the motion without actually completing the cut. The anime industry is known for allowing these individual artists lots of room to express their own style. on Panty & Stocking #6. One instance I like to highlight in particular belongs to 2011’s rightfully forgotten I Don’t Like You at All, Big Brother!!, which credited Yukie Sakou for Boys Love Animation (BL作画). Sakou is now unfortunately known (and even harassed at the time) for being Sailor Moon Crystal’s character designer, but within the industry she had gained a reputation as a very adept BL-loving artist – it wasn’t by chance that she drew so many intimate official Code Geass illustrations! Seeking her out for this particular job on a series she was entirely uninvolved with is what wins me over in this case; these gags tend to be in poor taste and feel very half-assed, so I can only respect going through the effort of contacting an expert on the field to animate them.

That’s as far as we’ll go today, but this is by no means all the bizarre credits you can find in anime. If people enjoyed this, I might return with another compilation, perhaps tackling unusual roles that aren’t necessarily tied to the animation part of the craft. For now, enjoy this!

I’d like to see you guys explain what makes a true “dramamator” / ‘gekimator’ (劇メーター), for the next compilation! 😀

Haha, that has to be *the* classic weird animation credit.

Oh, that’s what “AC” means? I wonder what would be considered “action cuts” in a subdued series like Tsuki ga Kirei.

My guess is the running animation from Akane’s side, and Kotaro’s silly lamp cord punching sequences. Kinda doubt the dancing applies, but either way it’s not ‘traditional’ action, which might be why it’s not the usual action sakkan credit. Despite being on the ending it’s a series credit too, so doesn’t necessarily mean he worked on all eps.

You should mention the Sagiri only animator in Eromanga sensei. For the best IMOUTO MOE.

Kobayashi animated some non-Sagiri characters lately, he has clearly betrayed his duty. (But yes, “Sagiri animator” is also kinda amazing.)

And here I thought the ever elusive meaning of the term “creative producer” was weird! Still not sure what that actually means.

Just a note, but some of the BL stuff from Yukie Sakou in that link isn’t actually official though it does certainly look the part, lol.

“If people enjoyed this, I might return with another compilation, perhaps tackling unusual roles that aren’t necessarily tied to the animation part of the craft. For now, enjoy this!”

Yes, please. Also when I heard of Bear Animation Director, I immediately think of Yurikuma Arashi. That show seriously elevates the term “bear” to a whole different level.

I initially thought Chief Chief Animation Director to be some kind of assistance for Chief, haha.

And yes, Tsuki ga Kirei is adorable. Or maybe AC Animation Director is in charge of the CG zombie walking in the background?

Didnt JJBA Part 4 have a motorcycle animation director credit for one episode?