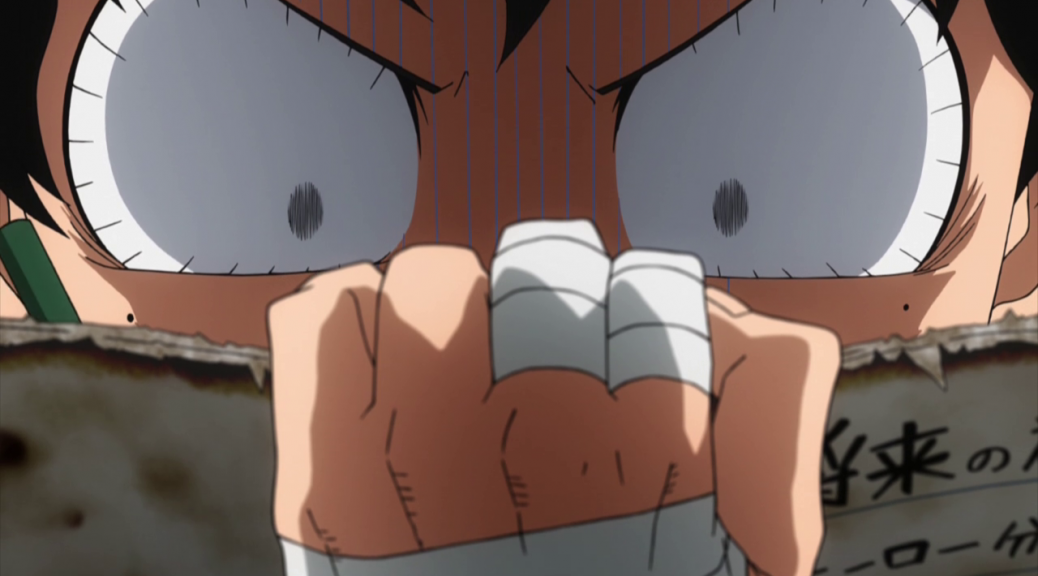 With a bit of delay, here’s our seasonal feature looking into the numbers of TV anime: how many key animators and animation directors the new Spring 2017 TV series required, as well as the degree of outsourcing involved. Complete with commentary to contextualize the data as usual, which this time focuses some nasty recent industry trends.

The usual disclaimers that nonetheless get ignored when the data goes viral and is decontextualized:

Click here for all the spreadsheets featuring the in-depth Spring 2017 animator count.

— If you have been following these in previous seasons, you might be able to immediately tell that this season was…a bit of a mess, to put it plainly. The studios and project leaders who traditionally manage projects in a smooth way didn’t have a new series, and even the biggest Spring productions were on the rougher side. As I mentioned in the initial disclaimers, the top is occupied by shows that were conceptually very stingy and thus didn’t require tons of animators, so it’s hardly a management feat to praise them for. The Eccentric Family 2 (a more conservative production than its predecessor to boot) was the show that came the closest to the ideal level of few animators who nonetheless do a satisfactory job, but in the end the strain on the studio over producing two shows at the same time hurt its second half. I would still point to it and Grimoire of Zero as the best-managed projects of Spring, but that’s not a high bar this time. This season was poor by anime industry standards, which is very bad.

— There were 7 series with all episodes produced at the studios in charge of the series, with 0 of them actually animating (let alone handling other aspects) the whole show – that’s what you get on a season with no KyoAni, so better get used to it. The idea that the studios you see credited for making a show don’t quite do that is one of the major hurdles left for the fandom to actually understand anime. But let’s go back to those 7 shows that at least tried to achieve that goal. One of them pulled a bit of a trick: SukaSuka was a coproduction between Satelight and C2C, so each of them had less work than usual and in the end they didn’t need to fully subcontract any episode to an entirely different company. If you’ve been following its coverage on this site, you’ll know that despite needing the help of about half the industry by the end, Attack on Titan S2 was managed by WIT all the way through; quite the evolution from the first season’s 9 outsourced episodes, so credit where credit is due. Some other cases like Grimoire of Zero are understandable, as studio White Fox is attempting to slowly move towards a more self-sustainable model. Eromanga Sensei managed it as well because A-1 is a massive freelancing house that can afford that for some projects now and then, whereas The Eccentric Family 2 and Akashic Records marked the first time their studios kept the process in-house (with massive caveats of course). I wish I could point at the unusually large number of series that kept the production process to the studio manufacturing the show as a positive, but even these weren’t particularly clean projects. Again, not the best season in an already messy landscape.

— And speaking of outsourcing, this time I’ve made an effort to further distinguish between kinds of subcontracting, separating key animation and 2nd key animation/clean-up. This isn’t a perfect method by any means and there’s actually more outsourced bits of key animation than this data would lead you to think; the distinction between freelance artists and those attached to a studio but approached individually for an episode at another company can be blurry, and credits are simply incomplete on a regular basis. That said, this does illustrate the point that it’s more common to subcontract other companies to clean up your messy animation than trusting them to draw it in the first place. Should come as no surprise, but now you have numbers to tell you that.

— The animation director data is self-descriptive as ever, though I would say that it’s the most interesting part this time. That the number of artists required to finish an episode has skyrocketed is obvious, as is the fact that having a dozen of supervisors for ~20 minutes of content is unsustainable nonsense. But obvious tragedies aside, there’s an interesting nuance to this disaster: it seems like the number of animation directors is now growing at a disproportionate pace when compared to the growth of other roles when it comes to many productions. This has been happening for a while, but this season in particular we found its most illustrative example in the form of Hinako Note. It had a moderate number of key animators and yet averaged an obscene 12 animation directors per episode. And what’s more than that, it regularly featured more chief animation directors than standard ones. As you might already know, those chief TV supervisors focus on design consistency over improving the quality of the movement, which tends to be left in the hands of regular animation directors. So, why do that? To disregard animation, in favor of static art quality – for a very questionable definition of quality anyway, since you won’t exactly get expressive drawings by obsessing with design consistency. And this is a real, perhaps worrying trend with anime. Being forced to sacrifice something just to stay alive, many projects are just dropping animation as a priority. It’s not as if all anime needs constant movement to thrive (and anyone who thinks that has ever been the standard should refresh their memory a little bit), but we’re dealing with an industry that was already majorly working under limitations. To put things as plainly as possible, nothing good will come out of less animated anime.

I remember you saying that the Attack on Titan production went through such a hell because they were so engrossed in having everything on model so that no picture of an off-model character went viral, but my question is: when did a popular off-model meme affect sales? This really confuses me. Yuri on Ice (worst example ever) was constantly off-model (though not for the best reasons) with people constantly commenting about it and it didn’t affect it the least, so where did that believe arise from…

You can hurt the reputation of a series with poor enough craft, while good production values have a positive effect…but as you’ve noted, this is all very relative, and there’s *countless* examples where that wasn’t the case. Anime fans genuinely seem to prefer static beauty over expressive movement (not actually dichotomy obviously), but I also wonder if internet reactions have made them believe this is a bigger deal than it is. It’s very easy to find people yelling about off-model work, whether it’s good or not, but those that really represent their potential customers as a whole? I’m not convinced… Read more »

Highly informative, as always. Thank you!

I nearly choked on my water when I saw Hinako Note’s AD numbers. Jeeezus.
And that was after gawking at the EIGHTY THREE KA on Attack on Titan #12. Is that the highest since starting this?

92 on Yuri on Ice’s finale…though as usual, very heavy approximations when you get to that point and there’s literally a dozen studios credited without noting exactly which members worked on it. For all we know it could be much more.

Thank you for dedicating the time and effort to collect this information; it’s a good snapshot of the current state of the industry. I don’t have any answers for the problems you present in this post, of course, and I may be asking myself stupid questions here: But is the only way to fix the strain the industry is bearing right now to lessen the demand for anime so that the limited pool of animators can work on fewer productions at a time? If that is so, is the investment that foreign companies such as Crunchyroll are making in the… Read more »

So when you say incomplete credits it’s because a studio as a whole is credited so you don’t know everyone who worked on the production, correct? Or is there more to this stat?