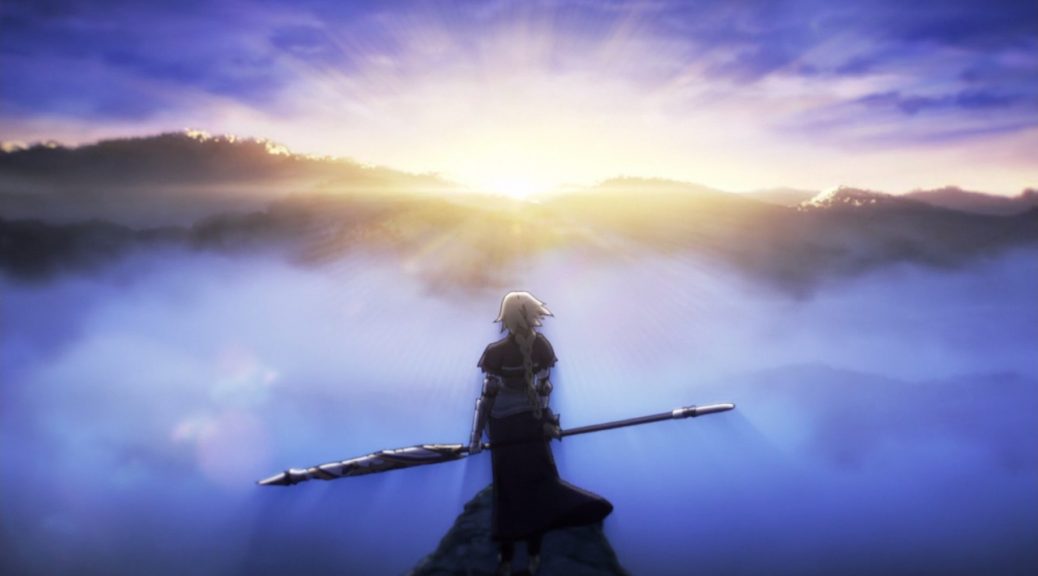 Things are progressing steadily storywise, but can the same be said for the production itself? Let’s dive in and see which industry stars have been rocking the boat these past two weeks.

— Nine assistant animation directors for an episode like this a mere four weeks in is beyond worrisome. There were already signs that the usual A-1/Aniplex scheduling issues were taking its toll, but these credits feel like a desperate cry for help. At this point I’d like to see them just go with a split cours broadcast as opposed to airing it all at once, but the Blu-Ray box being announced for December seems like the final nail in the coffin for that wish. The presence of Shingo Adachi, true master of Asunas and possibly one of the most well-known character designers in the industry, is easily the most shocking inclusion in this week’s long list – he was even credited with special honors! Not to imply that he’s above doing that sort of work nowadays, but we rarely see names with this much weight in assistance roles…and when we do it’s often not a good sign; look no further than the time when Cinderella Girls‘ collapsed on itself so hard that people such as director Noriko Takao and Sushio had to do 2nd key animation for the last few episodes.

— You’ll notice that there were some uncredited roles, though not by choice. This is becoming something of a trend for A-1 shows, where people are either miscredited or completely left out. Last season we saw Korean artists Moa Ang and Myoun merged into one entity after their work on Eromanga-sensei, but someone must have messed up real bad to somehow omit a role as big as action AD. Sakazume himself didn’t seem too pleased with this, so let’s hope more care is taken to properly credit everyone from here on.

— Onto more positive notes, Takayuki Kikuchi seems to be one of this show’s most powerful assets at the moment. His current track record so far is key animation for 3/4 episodes (one of which was partly supervised by him as well) plus the opening. Not only is he a fast worker, but one they trust to get the job properly done. No doubt we’ll be seeing much more of him as the show goes on!

— Yoshihara Tatsuya surprised us all by showing up two weeks in a row. His reason for doing so is simple, too: Sakazume jokingly complained that he helped out on Enokido’s episode even though it was him who called Yoshihara over, so the latter simply decided he’d help Sakazume out as well. What a nice lad! As for his work this time around, he provided the layouts for Astolfo’s Trap of Argalia. Short, but a cool moment nonetheless. Low angle cuts that involve a character skidding towards the camera are a personal favourite of mine, so thanks for pandering to me. Most importantly however, his take on Astolfo is somehow cuter than what we see in the show itself. Draw him more, please.

— Speaking of Astolfo, it’s apparent by this point that his lively animation in comparison to the rest of the cast is no accident. Two moments stand out in particular this week: him bursting into the room to help Sieg escape, and his passionate speech regarding one’s right to live. He already stands out among the cast by nature of being a beautiful beacon of hope and all that’s good in the world, but I’m certainly not opposed to him receiving special treatment from the staff while we’re at it. If anything, I’m actually a bit upset the show hasn’t been allowed to reach its full potential in order to ensure every single moment he’s onscreen feels that more special, as sometimes corrections really can’t keep up with his liveliness.

— This week’s clash takes place on a much smaller scale than what we’ve seen in previous weeks, but that’s by no means a bad thing. Achilles taking on Siegfried and Fran was handled by Nakaya Onsen and China, two of the young stars who filled Eromanga-sensei to the brim with more charm than anyone ever expected. Onsen’s sequence (starting from the beginning until Achilles knocks Fran away) is definitely the highlight here, as the dynamic layouts turn a somewhat bland storyboard into an exciting setpiece. Chiron’s archery takes center stage not long after this, and they go the lengths required to portray the sheer impact behind his every shot. I talked about low angle cuts just earlier, so his last shot resulting in one as it sends Achilles careening towards the camera naturally made me smile. He was getting ever so close to that heel, too!

— Well, uh… So much for the idea of seeing an extended version of the fight between both Sabers from episode 1, I suppose? RIP Siegfried though, you weren’t so bad.

— By far the most detailed drawing in the entire episode involves Sieg’s view of Jeanne as she extends her hand to him. It’s no secret how he sees her, is it?

— After all that talk about worrying credits for the previous episode, this one comes along with the explicit intent of throwing dirt in my face. This episode did lack any action whatsoever, but we’ve seen previously that even more low-key episodes still required more assistance than they normally should. If I were to hazard a guess as to how this was achieved, it’d be down to Kiminori Ito serving as chief animation director this time around. Both myself and his peers had nothing but praise for his work on the second half of episode 2, so I wouldn’t be surprised if he’s one of those monsters ala Umakoshi, who can handle a considerable number of corrections at blazing fast speeds. If that’s the case, then perhaps he’ll be a key pillar in helping the production make it past the finish line without it imploding entirely. Lots of detailed fabric and folds all through the episode as well, much like during his last appearance.

— Lots of favours being repaid on this show, it seems! First we had Yoshihara come along to help his digital animation pals, and now we have none other than Takuya Igarashi coming to the aid of director Yoshiyuki Asai himself out after the latter’s work on Bungo Stray Dogs. Igarashi’s history is worth profiling, but fellow cohort #1 Kevin agreed that his evolution from a promising Kunihiko Ikuhara disciple at Toei to one of BONES’ most inventive directors is so dense that a quick sidenote here wouldn’t do it any promise. I’m hardly qualified to talk about him at length either, so instead let’s jump straight into his more modern tells that feature through this episode. If you follow fellow cohort #2 liborek on Twitter, then you’ve likely seen him gush about Igarashi’s work on Bungo as it aired. Exploitation of backgrounds to various degrees are a trademark of his storyboards; sometimes they’re used to emphasize foreground characters, other times the characters themselves are melded into them; it’s clear that he doesn’t see the sceneries as backdrops that exist just to fill the screen, but rather uses them as yet another framing tool. If there’s any drawback to this, it’s that the effect isn’t quite as remarkable here as it is in shows where he has full creative control, due to Apocrypha‘s frankly dull colour design.

— Sieg’s encounter in the avan was likely handled by Masaaki Takiyama. Not all animators have immediately recognisable quirks, but the little spheres that accompany his FX are very easy to spot and attribute to him. His work is a highlight in and of itself, but just him turning up on the show is interesting by nature of his position as character designer for the upcoming Fate/Extra: Last Encore. I guess the most efficient way to get a grasp on how to handle the Nasuverse is to do some hands on work within it first!

— Do not disturb the sleeping king.