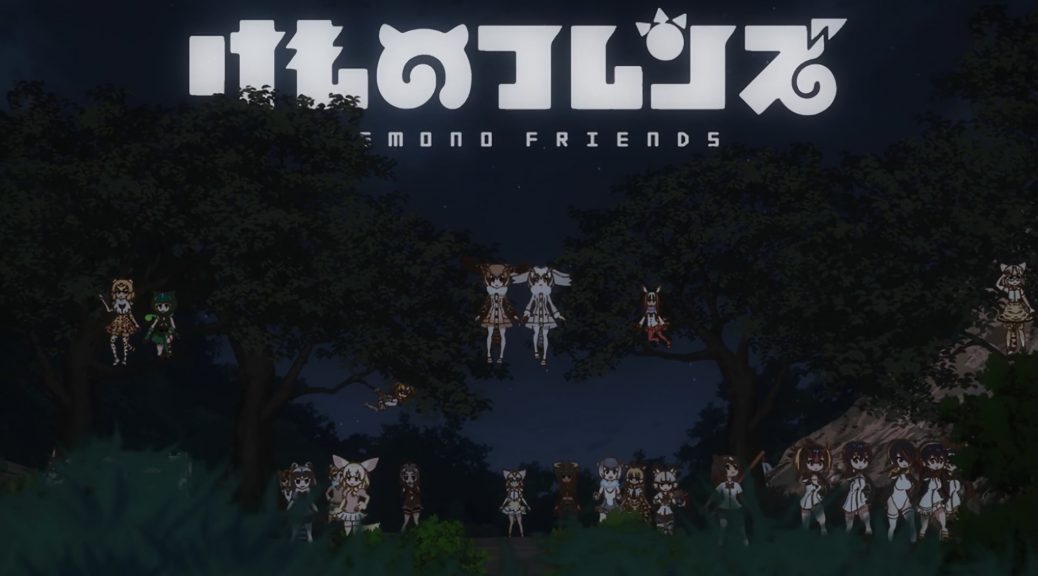 Today, the bizarre news that the main creator behind the surprise mega-hit Kemono Friends had been removed from his role by Kadokawa hit the internet. Even though it wasn’t a traditionally well produced anime, we’ve already talked about how much of an unusual triumph the whole project was. To honor its staff after this sad development, we bring you the translation of an interview with the staff of this immensely charming series.

– The planning for this series started with a preliminary meeting with the concept designer Mine Yoshizaki; do you have any impressions or any other thoughts from that meeting?

Tatsuki: Since it’s already been around 3 years since that meeting, I’d forgotten how nice it was. Although we didn’t have that many super fun anecdotes at the start, I remember it being an enjoyable preliminary meeting anyway. Despite it being it a clumsy process, it felt like our first story plan was flexible and took shape organically. It was interesting how we were allowed to proceed like that at the studio. Naturally, if a play it by ear-type of creative approach turns out to be too much work, the result simply becomes incoherent. But we kept that approach as the core of the production, and in the end I’m glad that there were various viewpoints we were able to consider and reflect on.

– To put it concretely, what do you think is the secret to Kemono Friends‘ incredible charm?

Tatsuki: I guess we started by asking ourselves: “which elements should we merge and what form should they take?” You would expect something like Kemono Friends to incorporate many concepts. It’s difficult to come up with the words for this, but on a normal series you have 2 or 3 feelings that inhabit it, but in this series dozens of them are intertwining. A big reason as to why those feelings don’t fall flat is due to our small but efficient team, who were capable of grasping the emotions and conveying them. During each stage of the production there was a palpable feeling of inspiration. It seemed like everyone really worked hard to hold on to that balance.

– The anime characters retain the distinct appeal of Yoshizaki’s concept designs, don’t they?

Tatsuki: Naturally the show is based on the charm of Yoshizaki-sensei’s designs, but I have memories of us figuring out various ways to stretch the characters’ bodily proportions when they were acting. Nevertheless, when compared with typical anime, they have a large head-to-body ratio, don’t they? In a way, characters who have cartoony proportions also seem to have a cuteness about them, so if the designs become focused on those strong points, then that’s great. If a mistake is made at this design stage, then it is quite possible that the entire show will end up feeling half-assed, but we managed to make it to the finish line, while Isa was cleverly thinking about what to do when the characters had to move.

Isa: When it comes to the production of fully CG episodes, there are many aspects that I think are still immature. Nevertheless, I always paid attention to what sort of movement would be appropriate for these characters. It’s not just taking traits from the original animals, but also drawing the positions and actions that would be appropriate for these characters based on the current events. For example, Serval’s personality has a strong sense of genuine honesty. But still, it’s not like she acts according to just that one principle; I feel like I avoided situations that would make me think her facial expression should stay the same while I was drawing her.

– Which character did you find particularly easy to draw?

Isa: Personally, it’s Tsuchinoko. Normally she secretly keeps things to herself, but it’s funny how with her a situation will sometimes just suddenly escalate (laughs). It was simple to understand her as a character – I would just go “knowing her, this is how she’d act”.

– What was it like to prepare the character sheets and 3D models of the cast?

Isa: At the start the director provided guidelines for the main characters and the general gist of their models. Considering that the show becomes centred on Serval and Kaban’s presence, I completed the other characters according to the height as well as the heads and bodies of those two main characters. Of course in reality, after we tried to make them move, there were also many, many things to correct.

– Did you create them all by yourself?

Isa: No, the director and I had roughly the same share of the work. Other than me deciding who would be responsible for which characters, it felt like we completed the show while it was going back and forth between the two of us.

Tatsuki: When Isa was animating the show, I was grateful to how he would respond to my concrete requests. He would also add in little behaviour quirks like the ears moving, and increase the detail of the backgrounds. The fact that there were so many inspiring details like that was a plus point of the show. When we were first assigning the roles, we hadn’t really filled the post of animation director yet.

– Kemono Friends seems to have been a little peculiar in its development process.

Tatsuki: First off, when it was time to write the story as series composer, I actually began by creating video storyboards. From there the actual scripts were written down, and additionally depending on whether it’s necessary, I’d create more normal storyboards too. It got a little chaotic, but I think that consolidating all of the work together was a good way to do it. However, it was troublesome when the schedule got pushed back. Because of that, I wouldn’t recommend working like this….. (laughs)

– Even for the more delicate tasks, the co-ordination between the staff didn’t waver, did it?

Tatsuki: I think that everything worked out well with the team given that we’ve been long acquainted. During the very first meeting with a new crew you’ll be working with, only around 20% gets finished compared with a standard preliminary meeting. Moreover, since this is an anime original story, it is difficult getting the nuance across if you’re working on it together for the first time. Because of that, Isa also takes my opinion into account.

– Director Tatsuki is one of the founding members of Yaoyorozu (mainly a 3DCG production company); Isa, are you also currently affiliated with Yaoyorozu?

Isa: Yes, that’s correct. I had previously worked at a Kyoto game company, but director Tatsuki’s social network by itself is wide-ranging. Taking the director into account, we moved to Tokyo so we could work on Kemono Friends.

– In conversations between you and Tatsuki, what impression has he left on you?

Isa: More than anything else, I was surprised at the stories he’d come up with. During almost every episode I had surprising moments that made me go “is this really happening!?” (laughs). For example, there’s the intimidating presence of Shoebill in episode 6, as well as Mirai and Serval’s conversation in episode 10 among other moments. I think the developments in episode 10 had neat scenes for people who had played the game, but I worked on it while also being like “oooohh!” myself. I was surprised at how that episode had a different meaning to it after the finale. I was looking into how to fit an incredibly large amount of Friends on-screen, even though there had already been quite a few before! The large amount of resources it took to make that episode surpassed our expectations (laughs).

Tatsuki: He’s right about the finale, episode 12. Episodes 6, 8, and 11 also were especially intense production-wise in my opinion. When it comes to raw time spent doing work in the anime industry during 2016, Isa and the art director (Yuko) Shiromizu were probably in the top 3…. With the exception of eating and sleeping, they were working pretty much all the time.

Isa: We certainly had some trouble, but it was good fun. If we hadn’t enjoyed creating it, then we wouldn’t have been able to keep going.

Tatsuki: If I didn’t have this team, I definitely think that we wouldn’t have survived.

– Episode 1’s “Don’t eat me” line and the paper airplane among others acted as foreshadowing for the last episode. I was struck by how that completely came full circle.

Tatsuki: While as creators we’re free to choose how the characters will turn out, I have to keep the story tight to a certain extent. This time, the series composition and screenplay for the most part was created at the same time with the video storyboard method, and above all I’m grateful that the studio had a live feeling to it; the characters felt like they came to life.

– We’ve now reached the final episode, but there are still plenty of mysteries left.

Tatsuki: That is exactly how I wanted it be from the first draft. Naturally, if we were talk about them, we could do so as much as we like. But I think that I would give away too much, and say something different from what the viewers will think. I believe fans should be allowed to enjoy imagining what’s going on.

– The “Sandstar” from which the Friends are originated also has a wide-ranging imaginative scope to it, but despite that, still remains a mysterious concept.

Tatsuki: That feel and the sense of it being light is what we decided on to depict Sandstar. We co-operated a great deal with the composite crew to achieve it. If we had an opportunity to create a new series from here on out, there could be a few more mysteries to be uncovered. I still want to write more about the story of this world, so if I get that chance, I hope that it’ll turn out well.

Isa: We have plenty of Friends who still haven’t been introduced yet. Considering that all of them have this really appealing individuality to them, I do want to draw all these characters. And after that, if I create a new work, I would definitely want to work with the same team again.

Even though I’m not the biggest fan of Kemono friends, it’s saddening to see on the things that made it special being ripped away from the show. I just hope who takes Tatsuki’s place can inject it with the same magic.