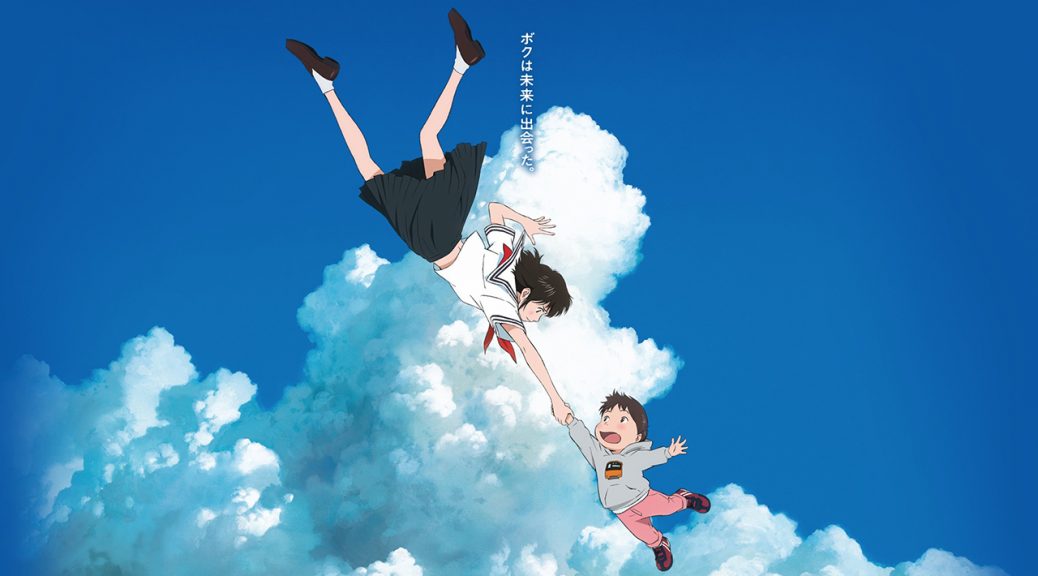 Mamoru Hosoda’s new film has been fully unveiled, and that’s the perfect chance to talk about his career: the unmatched regularity of his creative process, as well as the changes throughout his 12 years as an independent movie director that have built this unique production cycle.

Mirai no Mirai, seemingly localized as Mirai of the Future, has finally had its grand reveal. After being drip-fed information for months, the first teaser of Mamoru Hosoda’s new movie has been unveiled alongside its key staff and July 20 2018 premiere. As he previously revealed, his exploration of familial bonds is turning its head towards siblingship; inspired by the reaction of his own daughter, who felt like her new sibling was stealing the attention of the parents she was entitled to, Hosoda’s new tale will star a young boy in a similar situation… except with time travel fantasy coming into play, which will allow him to have a magical adventure with his older younger sister.

Wonderful news without a doubt, but also not surprising in any way. In fact, it might be the single most predictable development anime could muster. You could argue that the new lineup of supervisors commanding the animation is a big change – particularly by having his greatest ally Takaaki Yamashita stepping down – but returning acting maestro Hiroyuki Aoyama and the reliable Ayako Hata are very much in line with his previous choices, as Hosoda keeps relying on Telecom-bred talent possessing the animation sensibilities his personal stories need. The movie as a whole clearly follows the same thematic path he has been treading for years too, as a director who has embraced family and fur as his brand, but to be perfectly honest we also knew for a fact when it would come. Over the years, certain directors tend to develop their own release timing, settling into cycles that they feel comfortable with. Hosoda takes it to a whole different level, as his rock-solid work ethic and tenacity have allowed him to keep the exact same production pattern for 12 years straight, even as the surrounding circumstances have kept on changing. 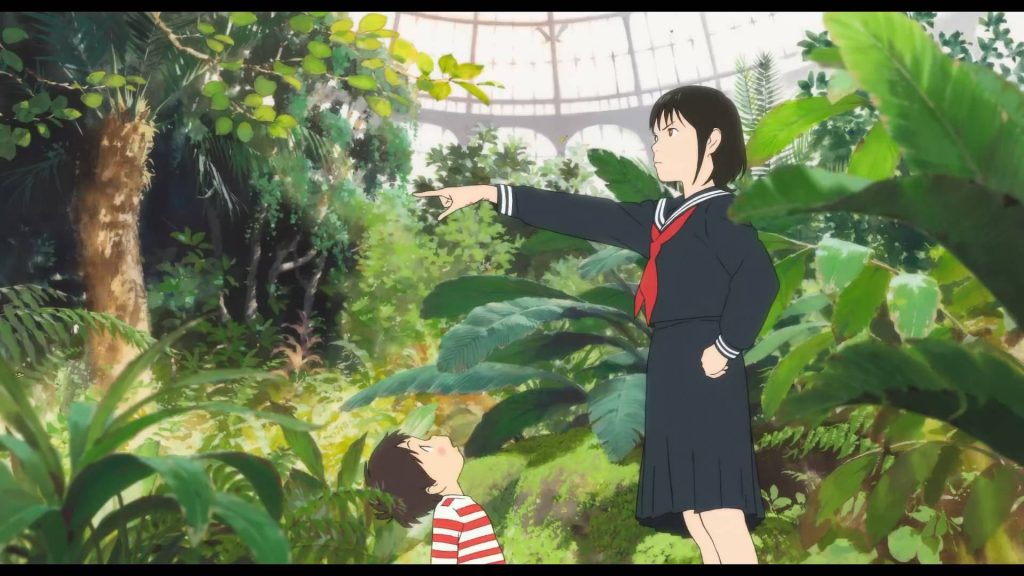 Ever since he left behind franchise films to focus on self-contained movies, Hosoda has put out a new major work exactly every 3 years, all of them released in July – save for Summer Wars, which due to movie release day restrictions missed the mark by exactly one day. His storyboarding process has been very consistent, and the animation has come together in similar fashion no matter the studios and individuals involved. The distribution companies obviously have a say when it comes to this as well, since the release date can have quite the impact on the box office performance; Mirai first had a tentative May launch after all, likely considering exploiting the Golden Week holidays that drive an incredible amount of people to watch new films. However, in the end they settled with July again, making it his fifth consecutive film following the same pattern. At this point there’s no coincidence: the Mamoru Hosoda Cycle is very much a thing.

To give some extra context to his modus operandi, I’d like to present a brief summary of how the films that have established this production cycle came to be, and the way they presented meaningful changes to how he approaches his work. Not a complete look at his career, but perhaps it’ll serve as a teaser for one!

─ The Girl Who Leapt Through Time

It’s no secret that Mamoru Hosoda was meant to direct Howl’s Moving Castle but was removed from the project after storyboarding a big chunk of the movie – keep this in mind whenever you see people giving him the accursed Next Miyazaki title. It’s also well-known, though more quietly discussed and rarely officially acknowledged due to the troublesome implications, that his feelings of frustration powerfully dyed his work once he returned to Toei Animation. But whatever his motivation was, his striking work on Doremi and the sixth One Piece film left a big impression on Masao Maruyama, who invited him to work with Madhouse on the adaptation of The Girl Who Leapt Through Time. Chances are that neither of the two realized how much that would change his career.

The Girl Who Leapt Through Time’s performance and critical reception were so positive that Hosoda immediately got to start his next production, an original story to boot… or as the internet loves to joke about, not quite as original as you’d think due to its clear shades of his own Digimon work. While not as transformative as the other films in his modern repertoire, there are some smaller landmarks – the increase in the number of staff with Ghibli roots, the incorporation of his interest in digital technology as a core part of his production pipeline, and even a focus on family that would define his work henceforth.

Besides being an astounding film in its own right, Wolf Children is notorious for being the first Hosoda movie produced by his studio Chizu – or to be more precise, by the studio that producer Yuichiro Saito had founded for him. Saito handled his previous movies at Madhouse, but left them in 2011 with the intention of setting up this small company that has Hosoda’s films as its sole goal. As the director himself admitted, it’s a tiny studio by design, since that happens to be the best environment for him to create. The anime industry is very polarized in that regard: the massive entities have obligations but offer an excellent safety net, while the tiniest crews don’t necessarily have as many resources but are inherently more sustainable than the norm. No middle ground, everything else is riskier! The latter is a particularly attractive option for renowned directors who have a clear brand, which is why not only Hosoda but also Masaaki Yuasa are flourishing under this model; if your name is big enough to attract freelancers no matter where you are, you’re achieving company sustainability with none of the drawbacks. For them Studio Chizu being small isn’t an inconvenience, it’s a point of pride!

─ The Boy and the Beast

Hosoda’s highest grossing movie to date is notorious for being the first one he wrote on his own – the culmination of his gradual growth in that regard. His independent career had started with the adaptation of a book, and after that he was allowed to come up with the concepts for his original films. But even then, it was screenwriter Satoko Okudera who handled the script of them all. By the time of Wolf Children Hosoda was confident enough to write part of it too, and come his next movie he felt ready to singlehandedly handle that task, making it the first movie he could call entirely of his own. Truth to be told I believe that hurt the movie in the end, not just by ending up with a less tight experience but also by making Hosoda himself personally struggle. His storyboards lagged months behind his usual pace, as seen by his comments on twitter; first act finished in early May rather than Wolf Children’s February, third in September rather than July, and the full storyboards in December instead of October. Despite leading to a more rushed animation production this was clearly the path he wanted to take, as proven by how he’ll be the sole writer of Mirai. Here’s hoping for a smoother adventure!

Nice article. I liked all the movies mentioned, and didn’t know that it’s directed by the same person until now. Now I have a new favourite person.

How many people does Chizu consistently employ? Or is the idea that it’s literally just him and Saito, and everyone else is brought in for each new project?

Not quite them alone but it’s essentially that idea.

I also think that the fact Hosada wrote the screenplay by himself hurts his films. Apart from The Girl Who Leapt Through Time, which is based from a popular book, all his other original films are loose and unfocused at times. They tried to include many plot threads that usually in fight with each other, with The Boy and The Beast was the most glaring example.

I really hope in Mirai no Mirai he’d focus on less but more focus plot threads. Less is more, after all.

When you mentioned that he worked on Doremi I just knew that it was on the episode in which Doremi met MIrai. This turned out to indeed be the case.

It’s not just a very good episode, it’s a very Hosoda one too! It encapsulates so much of what makes him special.

Definitely my favorite episode of the season. And even if it made Doremi reconsider becoming an actual witch, it only made me hope even more that she would become a proper witch at some point. Now I’m just hoping that the Doremi 16 series will actually get an anime. Though it’s a very faint kind of hope. (And until I actually learn to read Japanese I have to wait on the very slow fantranslations)

The Boy and the Beast left me with far less confidence in Hosoda’s work if he is solely responsible for writing the script . Nonetheless, I truly respect the fact that he has been able to consistently produce a new film on a such a reliable schedule. I can’t think of another major anime film director who has had this kind of dedication to his schedule.

CG aside, The Boy and the Beast was still a marvel to watch (especially with its character acting) so I am still hopeful for Hosoda’s future work.

I have similar feelings, though I want to believe that his first solo script was messy simply because he wasn’t used to dealing with the structure and flow all by himself. This time he’s reportedly received lots of advice so I have high hopes for Mirai still.