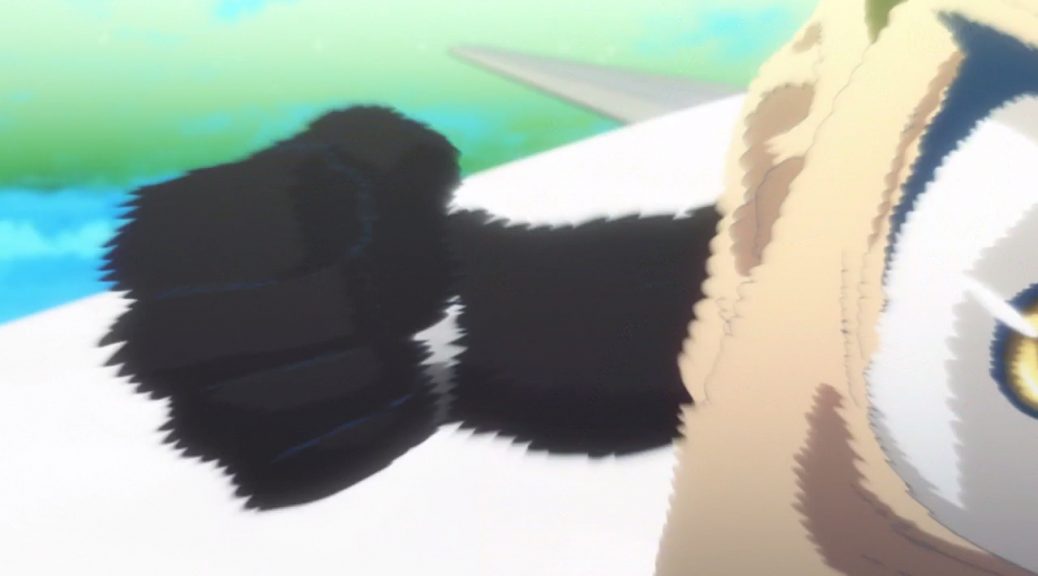 With the climax fully underway now, we’re presented with the opportunity to look at the episodes that kickstart it and address the question of whether or not they suffered a dip in quality with episode 22 looming so near. The answer? A resounding no. Read on for more on the hows and whys of what makes them exciting in their own right.

─ It’s only fitting that Masayuki Kojima makes his return to the show following Yasuhiro Irie’s, so we’re on a Kinema Citrus streak of sorts. The episode itself takes a more restrained approach by nature of its goal to set up the coming final clash, but it also provides a venue for him to put his skills on display, particularly those honed within Made in Abyss; his work draws out the absolute best in the show’s environments, even transforming the fortress I previously called dull into an entirely different beast. Reminders of Apocrypha’s production constraints are hardly necessary by this point, but it would be criminal to overlook an individual’s ability to allow the show to bypass them, even if just for a few fleeting moments.

─ It would also be criminal to overlook the fact that: 1) Astolfo made a good face, and 2) he remains the only character in the show whose expressions are allowed to have a more cartoony feel to them. It’s understandable for there to be a general rule against steering in this direction due to the potential clash with the overall tone of the show, even in spite of its silly moments, but what is it that makes Astolfo special? It’s not by virtue of favouritism, even if the staff do adore him, but the simple reality that his entire character already exists in complete contrast to said tone. He’s broken so many rules within the show that it’s only right he breaks a few of the production’s while he’s at it.

─ The incredible image of Jeanne d’Arc, legendary saint and martyr, leading a charge of planes towards Babylon turns what seemed to be another setup episode into a spectacle on par with that of episode 14’s, while Babylon blasting a poor plane out of existence in retaliation acts as the trigger for the show’s lengthy climax to begin. Impact frames have been a staple of Apocrypha‘s vocabulary since the very beginning, but this is one of those moments where they serve a purpose beyond adding some extra flare, making Babylon feel all the more imposing as a massive flying construction of laser death. If I were to hazard a guess, I’d say that this is the work of Yukina Kosaka, who has been lovingly credited as Kosaka-chan; the flat FX and detail of the impact frames feel like the biggest giveaways, but the cross shape that forms as the laser charges up and timing on it bring their previous work to mind. As an aside, I’ve also more or less confirmed the identity behind this alias, but it’s not my place to dispel the lovely illusion they’ve created. There’s only one reality we should look at it, and it’s the one where Rolling Girls-chan moved into industry after her show ended. That’s canon to me.

─ Chiron and Achilles’ aerial battle is ridiculous enough on paper, but there’s so much justice in its presentation that you could use it as evidence for the final case of an Ace Attorney game. Achilles evading a rain of arrows from Chiron while darting through the sky, striking down the planes the latter is using as platforms and forcing him to jump across to new ones; we often describe moments as the very definition of hype, and this is one I’m willing to throw into that pile. The combination of dynamic camerawork that’s become a pillar of Apocrypha‘s fight scenes, distance shots that provide a neat sense of scale as Chiron makes his move to the next plane, and the stream of green FX that Achilles morphs into as he races through the sky all come together into one hectic and exciting sequence, but better still is the attention and care in making them – Achilles in particular – as expressive as possible during all of it.

─ Yukina Kosaka’s work on Babylon’s first strike remains an educated guess as there were few moments to pick up on personal tells, but I can say with a measure of confidence that they’re responsible for the second strike right up until the moment before Atalanta takes her leap into Semiramis’ warp glyph. The cross shapes become much more prominent this time around, but as always, it’s the FX work and timing that makes them easiest to identify, the return of flat shapes and the use of shading and colouring to create a sense of volume within said shapes in particular – both things I’ve highlighted during their previous appearance in the show!

─ Atalanta’s leap and Jeanne’s subsequent evasion of her is a lovely sequence even in its brevity. The overhead shot as Atalanta plunges into the warp, which acts in contrast to a regular profile shot of Jeanne quickly panning underneath her within the same cut as she clicks on to what’s about to happen, is a smart way of informing the viewer to the immediate advantage Atalanta held in that moment, and also shows that a creative storyboard can be just as effective as the animation itself when it comes to action. Of course, there’s no rule that you can’t have the best of both worlds, proven by Jeanne’s nimble evasion right after!

─ The Fate franchise has always been characterised in some part by the absurd scenarios that come about from its almost fanfiction-esque approach of pitting legendary figures against one another; King Arthur fending off a Pegasus riding Medusa atop a skyscraper, Lancelot hijacking a fighter jet to engage in a dogfight with Gilgamesh’s magical superscience spaceship thing, Heracles transforming into the legendary Bersercar to compete in the literal race for the Holy Grail, to name a few. Apocrypha hasn’t been exempt to this by any means, especially in the face of the previous episode’s events, but the duel between Chiron and Achilles is a rare moment where it steps away from all that to give us something a little more grounded – well, as grounded as a duel to the death on top of a plane frozen in time along with the surroundings can be. It’s a simple contest between student and master, a common scenario you can find in all sorts of works, with all the usual theatrics cast aside in favour of delivering a bout that’s just outright brutal.

─ Needless to say, it was a runaway success. Physical and emotional intensity engulfs the action right off the bat and never lets up, making it apparent that there’s much more than just the Great Grail War on the line between them. Most impressive is that it’s not a generic string of punches and kicks. This is pankration they’re employing after all, and it’s apparent that the appropriate research into it had been done before constructing this entire sequence. Boxing stances, strikes, and tactics – Achilles luring Chiron into one all-or-nothing blow following a flurry of strikes most notably – are featured predominantly throughout, but we also see other styles adapted, staying true to its nature as an ancient version of today’s MMA. This is a scene where I’d love to see the creation process for myself, just to understand how much of a hand action supervisor Shun Enokido had in it and whether or not he and storyboarder Yoshikazu Miyao talked things out to make a detailed storyboard, or if it simply acted as a basic skeleton that Enokido and everyone else involved in animating it made their own.