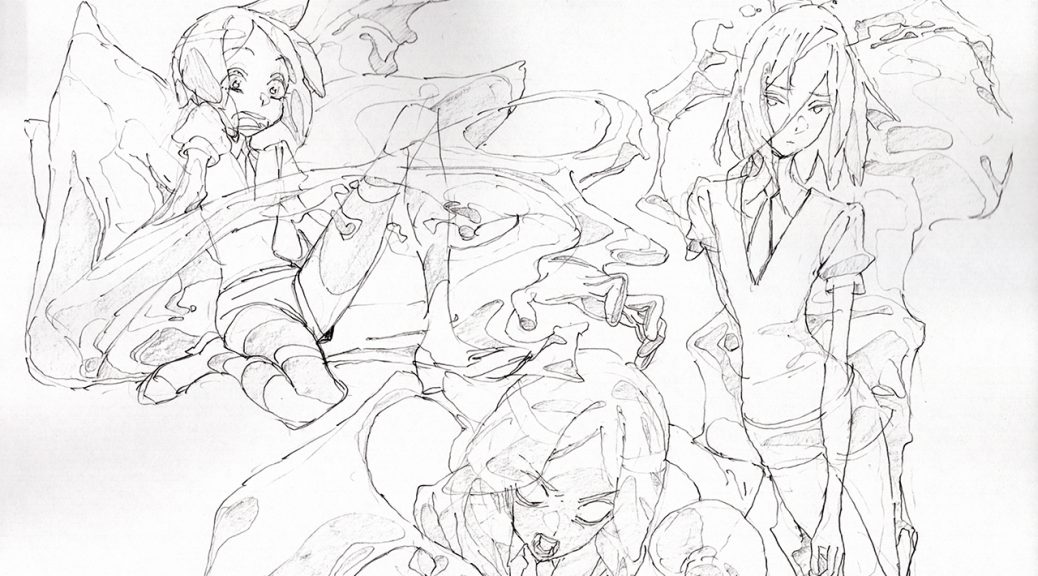 We return to our series about up-and-coming anime creators with perhaps the character animator who is generating the most excitement within the industry itself: the mysterious soty, whose work you might have started to enjoy on Toei anime under the name Keisuke Mori, but also on all-star congregations of talent using his pen names on other productions. Let’s observe not only his extraordinary skill, but also the unique animation culture he inherited. 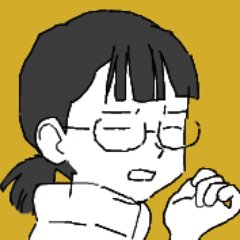 To truly understand why animators like Mori are an exceptional case to be treasured, we have to first look at the animation culture that has developed not just at Toei but also at other long running anime powerhouses with an action focus, such as Pierrot. They’re big studios entrusted with many series that run from a year long to indefinitely so, which obviously means that they’ve grown to be quite different from most anime production companies and their regular 1-2 cours projects.

Over time, the particular needs of these studios have shaped the styles of the animators who work for them, and that also includes their aces; the top figures at Toei are meant to be fast, draw attractive effects that impress the viewer even when the animation is economic, draw sturdy character art, and in general specialize in those standard climactic action episodes that we regularly see in their works. These aren’t explicit precepts and they still leave plenty of room for personal styles—just compare Ryo Onishi and Naoki Tate—but the effects of that trend are easy to appreciate. Even though he’s technically a freelancer, Naotoshi Shida’s dedication to Toei titles for a long time and his technical skill explain why he’s the poster child of this phenomenon and a source of inspiration for many of their animators.

When you employ hundreds of animators, though, there’s bound to be some exceptions to your trends. And the most important figure to understand the situation within Toei that led to a unique animator like Mori is his idol Yuki Hayashi. As a graduate of the Toei Animation Institute—which operated from 1995 until 2011—Hayashi was very much exposed to the studio’s culture. However, ever since his debut he also had a tendency to go do work with fascinating creators elsewhere, even if he had to go uncredited or work under a pseudonym. Because of that, or just simply personal preference, he developed a voice unlike most of his peers. Hayashi’s character acting comes across as immensely articulate, but upon coldly analyzing it you realize that it’s quite an economical style, not requiring many drawings (like some other constant-motion animators ala Kosuke Yoshida do) to create the illusion that the characters are people constantly reacting to the events.

Hayashi’s wonderful exaggeration skills are also integral to his animation brand, contributing to quirks like his expressive long shots; conveying anything through tiny character drawings is always tricky, so Hayashi has a penchant for cartoony, often very elastic long shots where the ridiculous movement itself defines their feelings. The action scenes a studio like Toei was bound to entrust him with kept gradually gaining character, as he applied those principles to serious moments as well, while developing distinct effects and an eye for expansive layouts reminiscent of the 90s. The result was an ace animator unlike his peers, with a much stronger emotional grounding. It’s easy to see why fans and aspiring animators alike fell in love with him.

Although Yuki Hayashi left Toei in 2017, putting an end to a professional relationship that had lasted about 12 years, the story of the Hayashi School of animation at the studio doesn’t end there. His influence had been massive to begin with, but Hayashi himself ensured that this bloodline would continue by personally mentoring a bunch of newcomers who already looked up to his work. That includes the likes of Koudai Watanabe, who already sets the industry ablaze anytime he supervises an episode, but also the even younger stars who recently assisted him on Hugtto! Precure #4 like Takumi Yamamoto and Shunsuke Okubo. They all have their own quirks that have earned them a spot at the forefront of a very impressive new wave of creators brewing at Toei, but their development couldn’t be explained without Hayashi’s presence to begin with—he might have moved on, but his spirit still remains.

This of course also applies to the other young Toei star who contributed to that episode of Precure: Keisuke Mori, the protagonist of this piece, making an oddly appropriate late appearance. As if to prove the point I’ve been making, his work there features delightfully rubbery, very expressive long shots that feel straight out of Hayashi’s magnum opus Kyousougiga. Now of course it’s not mimicry of a single style that has earned Mori this spotlight—for starters he’s also singled out theatrical star Tatsuzou Nishita and action beast Ryo Onishi as reasons why he came to like Toei years ago—and that episode also proved that he’s mastered other registers as well. His highlights include a running scene that’s very impressive from a technical standpoint, as it mixes a striking understanding of how bodies move with just the right amount of exaggeration, imbued with palpable desperation. Even with less hectic movement, a lanky silhouette of his can convey just as much intensity, and there’s even a taste of the tenderness he can express. This range of character expression would be an impressive feat for any animator, let alone one who’s only now debuting as a key animator on TV.

What’s the secret behind this impossibly strong first major appearance, then? As talented as he is, there is a trick to it. Even though Keisuke Mori started training as an in-betweener at Toei Animation in 2015, that was only one of the many personas of the mysterious genius soty. As early as 2013 he was already learning the ropes as a key animator on very notable Dogakobo productions like Love Lab and Mikakunin, as well as Yusuke Matsuo-scene titles like Yama no Susume and Cinderella Girls, under the name Yoshiyuki Mori. Not content with learning from the many masters of cute and bouncy styles, he also contributed to the action hit One-Punch Man as Yoshimi Mori.

But it wasn’t until he adopted his main pen name Masami Mori from 2016 onwards that he truly started catching attention, since by that point his animation had matured enough to become a topic of discussion, and even dense fans—like the one writing this—began to notice that there was something up with the mysterious forests invading the sakugaSakuga (作画): Technically drawing pictures but more specifically animation. Western fans have long since appropriated the word to refer to instances of particularly good animation, in the same way that a subset of Japanese fans do. Pretty integral to our sites' brand. world. His appearance on Bahi JD’s all-stars opening for ATOM The Beginning, where he showcased that excellent grasp of body motion, signaled his entry into the elite. After that, it felt perfectly normal to see Masami Mori’s name among the ace animators on shows like Darling in the Franxx or even iconic achievements like Fate/Apocrypha #22. And rather than being a guest, Mori’s work became a major attraction, making both animators and fans feverishly chant his name. Not content with being one of the most promising figures in the world of Japanese animation, he can add the accidental creation of a bit of a cult to his list of accomplishments. Not bad for someone who’s still in his early 20s.

I admit that out of all promising up-and-coming creators we’ve given a spotlight to, this one was the trickiest to tackle. For starters, it was important to place him within the context of his studio, to understand the interesting current Yuki Hayashi inadvertently created and the effects of that on Mori’s mesmerizing style. And even beyond that, his short career is already more convoluted than that of many quirky veterans. He has nurtured his skills as in-betweener at Toei for a long time, cementing the basics and learning from his number one idol for as long as he could. At the same time, he spent years working side by side with many of TV anime’s brightest figures, developing to the point of being able to rival the best of them.

And after that? No one knows, likely not even himself. As a fully-fledged ace key animator at his own studio and one of the most attractive freelance stars under his pseudonyms, he can now surprise us with his enchanting character expression in all kinds of projects. Whether he establishes himself as one of the leaders of this exciting new Toei or focuses on high-profile titles elsewhere, Mori is one of anime’s greatest gifts in recent times.

His work is beautiful! I watched for the first time ever a precure episode after a certain yuyu cow nerd went on a tweeting rampage around last weekend, and boy was it gorgeous. Why is it, you think, that a little girls’ show gets to have so many high quality animators choreograph those sweet action cuts, whereas more action-focused shows with arguably more viewership around the world, like Toei’s DBZ, doesn’t? Do you think perhaps they wouldn’t get to be as experimental or creative with that/maybe working conditions on that project isn’t too hot/do they simply enjoy drawing cute girls… Read more »

Gosh I wonder who might have been screaming about that particular episode, I have no clue. Also, keeping in mind that Precure’s had some very nasty lows too (I’m fonder of Hacha than most but still suffered through its abysmal production), I think that partly comes down to the fact that there isn’t really an alternative to it. Creators who like colorful action shows for girls are attracted to Precure since it’s essentially its one regular outlet, whereas boys punching things are widespread. Precure also benefits from being an original anime, which is always a way to give some extra… Read more »