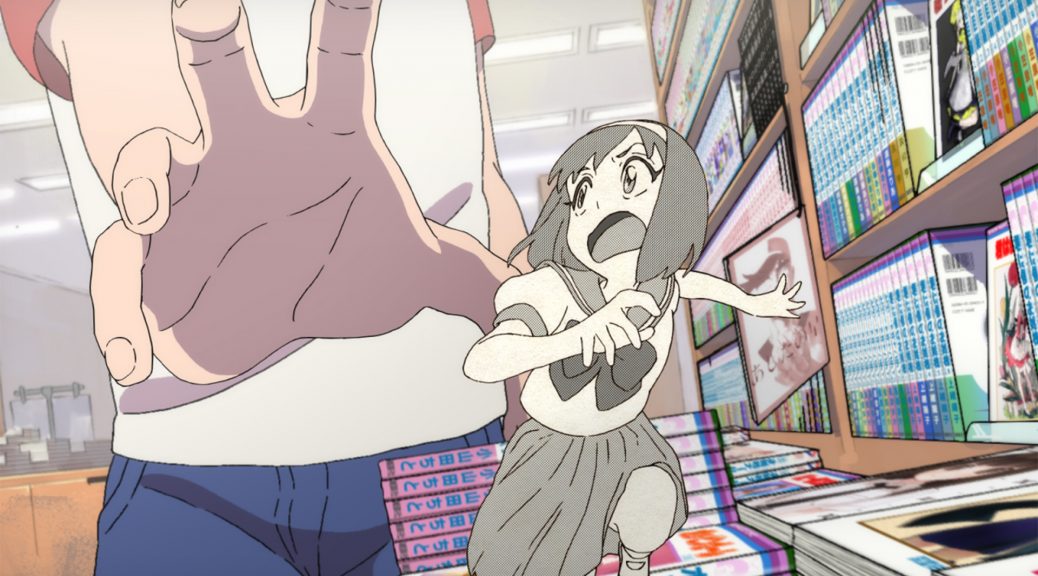 In contrast to last week’s somber post detailing the awful conditions faced by the anime industry’s newcomers, this time we’ll bring you a much more upbeat look at young animators in Japan – a piece highlighting some of the most impressive trainees in the industry, brilliant youngsters who have managed to impress in their first year learning the ropes within the industry. Enjoy!

Spring is always a busy time for Japan’s animation youth. Students from all sorts of art schools, universities and animation programs wrap up their courses in March, which marks the start of a deluge of often very interesting graduation pieces. And since new employees join anime studios in April, it becomes quite common to see artist profiles noting they’ll soon begin training as in-betweeners. If you’re the type of person who keeps an eye on social media accounts of aspiring animators, it’s always a heartwarming occasion, even while keeping in mind how much they’re likely to struggle. There’s no denying that many of these up-and-coming creators will be forced to give up their goals, but today we’ll have a more hopeful piece to highlight some of the most promising trainees we’ve started to see flourishing this year.

In recent times, one of the most interesting hubs when it comes to animators in training has been the Animator Dormitory. Besides being a nice initiative to assuage the pain of joining this industry, they have a good eye when it comes to accepting candidates. Even though not all that many people have attended – this year’s expansion will take them to 11 concurrent residents – they have already helped a few notable artists; as they’re delighted to remind people, this includes the likes of digital animation cabal leader Tatsuro Kawano, studio WIT’s breath of fresh air Masaaki Tanaka, the cheerful Colorido-affiliated creator Namiko Ishidate, and so on. Their positive streak is bound to continue as the new residents happen to be interesting artists we were tracking. It doesn’t seem like a bad idea then to start this look at brilliant animation trainees by checking the artists they’re hosting. And when it comes to people who joined in 2017, there’s a clear star: Hitomi Kariya.

Chances are that if you follow the development of Animator Dormitory, you’re already acquainted with Kariya and her art to some degree; her skill allowed her to win the dormitory’s award to begin with, her illustrations have been used many times as official material to promote their crowdfunding endeavors, and she’s one of the people sharing their experiences on the facebook page. As you may have noticed then, she’s a big fan of Ghibli’s work – and has been for a long time – which may have been an influence on her appealing simple forms, though her facial features have a bit of a Gainax flavor to them and even the oldschool prominent cheekbones I appreciate so much in Watanabe’s art. Her colorful depictions of daily life are very appealing, and as much as she seems to have struggled, her transition into animation seems to have gone rather well: bouncy, bubbly work that can’t not bring joy. It’s a shame that her graduation work, produced alongside 3 other classmates from the Tokyo Designer Gakuin College, isn’t publicly available at the moment due to a rights issue regarding the music. But just from a few teasers you should be able to see that this short film with clear shades of Mahiro Maeda and Takeshi Honda’s Nishi-Ogikubo encapsulates many of her qualities – unsurprisingly so, seeing how much input she had in its inception. The imageboards alone ooze personality.

What is such a wonderful artist up to, then? Kariya joined studio Trigger last spring, training as an in-betweener for months until she was ready to make her debut on Darling in the Franxx, which she was delighted to assist on. Sadly, by the time the footage of her work was surfacing, she had already left the studio. Kariya never hid her struggles when working there, but it’s not as if her tale took a turn entirely for the worse either. She quickly joined a new company that despite not being an anime studio per se still gave her animation work, and that has allowed her to learn the ropes when it comes to digital craft. Not only that: after a few months of very busy work, she’s finally wrapping things up and preparing for the reveal of whatever has kept her so preoccupied. Considering her heavy involvement, chances are that it’ll be something charming!

It’s not as if Kariya was the only talented artist who joined them over the last year, of course. She initially shared their animation prize with Naoya Morotomi, who I believe had to leave the dormitory fairly fast as he vanished from their site and blog. Things don’t appear to have gone all that badly for him however, seeing how he’s already made his key animationKey Animation (原画, genga): These artists draw the pivotal moments within the animation, basically defining the motion without actually completing the cut. The anime industry is known for allowing these individual artists lots of room to express their own style. debut as a freelancer on Hugtto! Precure #1, achieving quite the fast promotion. But if we look back at those who remained, there are still some members of their 2017 lineup that have managed to turn heads among savvy fans. Look no further than Madoka Ogawa, whose student short films already made her a creator to look out for. Although her draftsmanship isn’t on the level of outrageous youngsters like Kariya, her striking sense tends to resonate with people a lot. The student film Boy Met Girl that she made alongside 4 colleagues from the Character Design Course at Kyoto University of Art and Design received praise due to a raw emotion similar to what the more polished professional productions can achieve, and her striking graduation piece The Beautiful Noise was among the favorites of the audience at the Inter College Animation Festival 2017. When it comes to young artists in particular, what’s most important isn’t necessarily the technical aptitude, but their ability to convey something impactful – and Ogawa’s got that in spades! Having made her official anime debut as an in-betweener at small studio Chiptune, we can only hope that she retains that while polishing up her skills. 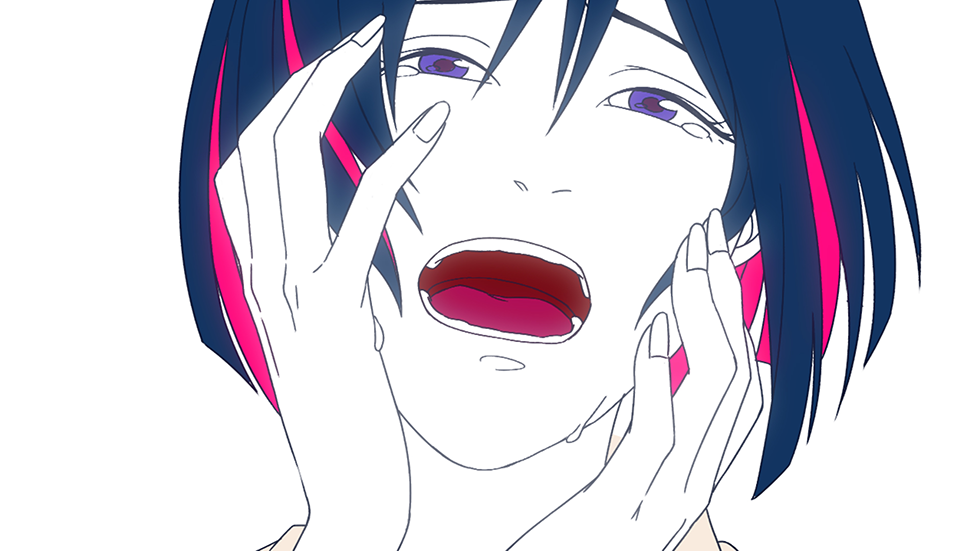 Her student work Boy Met Girl is particularly interesting, as most members from that crew have managed to make a name for themselves in their first year of training within the anime industry. Its director and co-storyboarder Taku Kimura is learning the ropes on an excellent project: although the industry has yet to offer him the right canvas for his vivid art, there’s nothing better than acting as assistant director on Atsuko Ishizuka’s YoriMoi to hone his already sharp comedic sensibilities. And he’s not the only interesting young director Madhouse has put in the project! But while they marched towards the capital, one of their companions remained in Kansai – Kakeru Isokawa, essentially the default character designer during their student times. You can see his growth throughout the course in this special profile, although sadly his graduation piece is not available online so you’ll have to content yourselves with a short teaser. Always a master of stylization, Isokawa’s skill allowed him to join Kyoto Animation’s Osaka Branch Animation DO, where he’s been training as in-betweener. His art is among the standout trainees, so it would be no surprise if he quickly had his debut as key animator. Predicting these things is a tricky business, but it does feel like the group of students who not that long ago made an impressive short film are destined for greatness!

All the examples I’ve been bringing up have more or less followed the same pattern: skillful youngsters who put together impressive graduation pieces, then went on to join studios as trainees. That traditional order isn’t always the case anymore however, as embodied by the brilliant Shiori Mizutani. The student films she made essentially on her own from a very early age already were bright and charming, but she still managed to blow everyone away with her third year piece KxDrop!!; an admittedly simple premise brought to life with her loose and expressive animation, an all-around technical achievement for something that she made mostly by herself. Such was the impact of her work that producers within the industry noticed, and decided they wouldn’t even wait for her studies to be done to start offering her work. Because of that, Mizutani has been acting as freelance key animator during 2017 – mostly in studio DEEN anime, including titles that really could benefit from her lively movement like KonoSuba 2, but also other titles like her beloved Idolmaster SideM. With quite the respectable professional portfolio already, only now will Mizutani be graduating and moving to Tokyo to train as in-betweener in a studio. All the artists I’ve been talking about have managed to impress at a young age already, but it’s hard to be more outstanding than achieving success before officially being a trainee. Serves to say, Mizutani is the real deal.

These obviously are only a few of the many remarkable people who started their training within the industry in 2017. The number of impressive youngsters who attempt to grasp their anime dreams is fairly high, as starved for manpower as the industry is. Over the next few months we’ll see the debut of the likes of soty’s pal kojy, who will no longer have to note that he’s not an animator despite his art looking very much like one. Striking artists like plurk and kasen will be heading towards studio Trigger, while others have chosen less popular destinations. There’s no end to the talented youngsters who have announced they’re becoming animators this spring – and these are only a few who have publicly said so! The problem does of course come later, as detailed by our previous post talking about the struggle of anime’s novice creators. The vast majority of newcomers give up within the first 3 years, some lasting as little as just a few months. I hope posts like this serve to highlight how the anime industry’s pitiful state isn’t only hurtful to many, but also a ridiculous waste of talent. There are many students with already unique voices who’d be delighted to make a living in this world if it were in any way possible. Here’s hoping that things do improve, and that no one mentioned in this write-up is forced to abandon their dreams.

Well this was supposed to be a more positive piece, but ended up being just as depressing as last week’s in the end. 🙁
Understandably so, of course. The industry is in a tragic state. I hope Kariya finds a comfortable place where she can do consistent animation work. I’ve been absolutely blown away with how good it all is.

There’s no getting around the issue in this situation, especially when we see so many people getting ready to start their new job within days with a lot of excitement but also slight dread. At this point everyone who wants to work in anime knows the general gist of these problems, and they still chose to at least give it a try.

That is very depressing. Good thing there are some charity organizations attempting to help them.