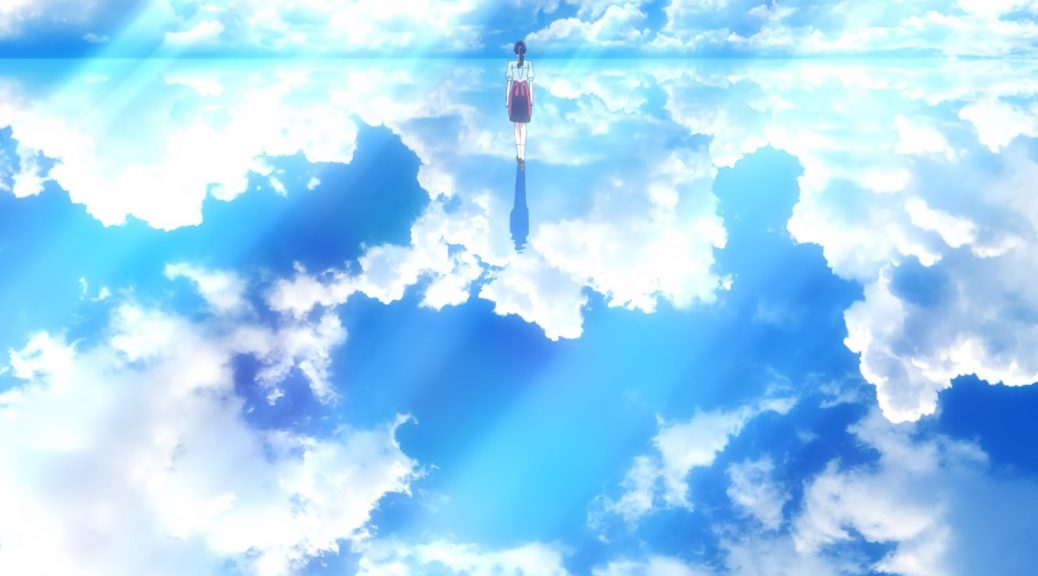 After the Rain came to an end in a beautiful, inspiring way, so we’re here to offer a final look at its production and what this show has represented for many talented artists affiliated with studio WIT.

─ A well-deserved respite after the emotional storm in the previous episode. Far from being a highlight within a show as strong as this, but the isolated interactions between characters were enlightening on their own right, and came together surprisingly well at the end, with a combination of motifs as amusing as pimples and literature. Storyboarder and episode director Yasuhiro Akamatsu has been a regular staff member, but this was his one chance to have full control over an episode. Much like in his previous contributions I got the feeling that his background in the photography department had quite the impact in how he approaches directorial tasks; there’s nothing truly outside the norm, but they consistently convey a lot about the mood and weather via postprocessing, which indicates that he leaves detailed instructions to the composite crew. In the end, it’s this scene that I feel exemplifies his qualities best: an inventive transition into fiction that feels like exactly the kind of sequence a director without an animation career, which are of course in the minority, would come up with.

─ After a calm episode we’re back into the more poignant, at times downright painful situations. The conflicts that Akira and the manager are involved with are very representative of their stages in life: a spat between friends who reacted impetuously to their current awkwardness, and the dull pain of an adult recalling rosier times and facing more deeply rooted insecurities. Leaving aside a few isolated striking shots I can’t say that I felt Yuta Maruyama’s hand elevating the material he was given, but thankfully that was so strong that even one of the less inspired directorial efforts still led to a great episode.

─ From a craft standpoint I’d like to highlight the introduction animated by Sachiko Matsumoto, who has been one of the sweetest surprises throughout this production. The sequence is nothing too outrageous, and I believe the finished scene didn’t quite capture the charm of her digital animation, but this kind of well-articulated daily life material is always welcome, and Haruka’s little sisters are just two delightful little balls of energy. It’s also worth noting that scenes like this benefit from Erika Nishihara’s work as outfit designer, which I’ve neglected to bring up until now. Again, nothing extraordinary in that regard either, but she’s kept Akira well-dressed throughout the show, and even believably slovenly when needed. Such is her dedication to providing outfits that she personally drew the instant in the opening showcasing her wardrobe, and all extra celebratory art she’s provided also highlights this stylish side. This show is fairly removed from WIT’s usual repertoire, and that’s allowed many artists affiliated with the studio to show qualities they usually couldn’t. 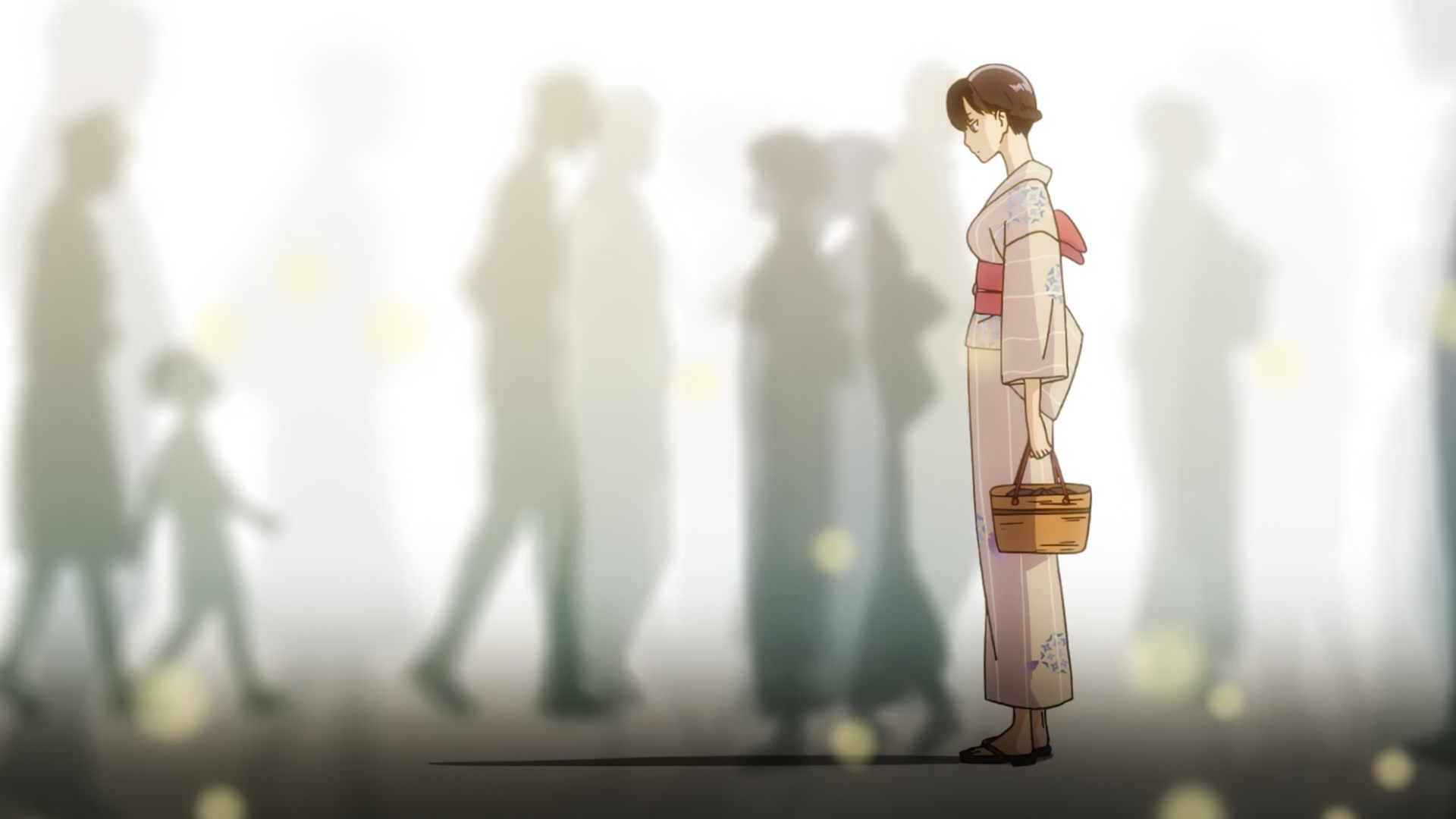 ─ Another enchanting yet painful episode, because the show has figured out that this is what we’re all here for. While some of the most interesting metaphors appear to be inherited from the source material, regular director Shingo Uchida didn’t waste his one chance to storyboard to offer something fairly memorable. The framing of Akira always feels very deliberate, her hesitations and attempts to move forward, and he even managed to sneak in some inventive quirks; using the manager’s ring to jump back in time to his failed marriage is one of those moments that will stick with me, as minor as it is.

─ The most interesting production development in this episode is of course the presence of Keita Shimizu as the animation director for the second half of the episode, which he contributed a chunk of key animation to as well. Shimizu had become an important asset at studio ufotable ever since the late 00s, after becoming a regular supervisor and even character designer on the likes of the still unreleased Sakura no Ondo and God Eater (TV). But as you may know, the studio took quite the hit with the departure of their de facto creative leader Takayuki Hirao, which led to acquaintances like Shimizu leaving as well – though in his case the link hasn’t been completely severed, as he’s still working on the Heavens Feel films. His work over here is pretty easy to understand: After the Rain’s character designer is none other than Yuka Shibata, yet another friend of Hirao who was Majokko’s co-chief animation director alongside him. Considering that Hirao himself has also been working at the studio, hanging out with his long-time ally Tetsuro Araki, the idea that we could see a WIT project with all sorts of brilliant ex-ufotable staff doesn’t seem far-fetched. If all these industry movements are a bit too convoluted for you to follow, let that simple conclusion be your takeaway here. 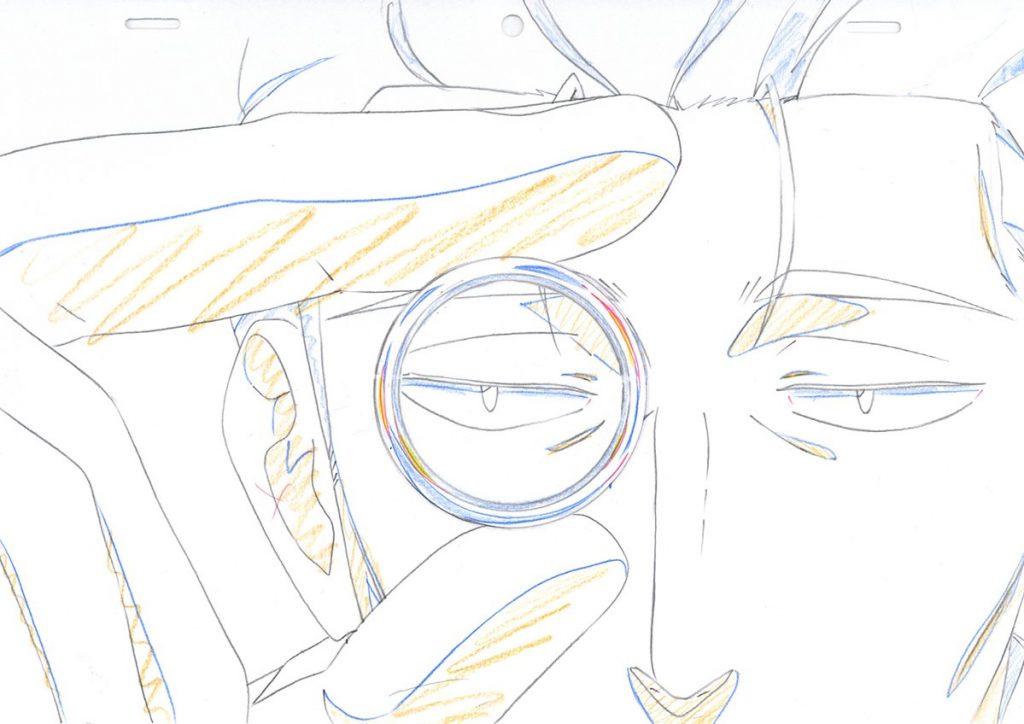 ─ Now this isn’t the first overlooked production miracle in this series, but it’s still well worth noting that After the Rain dragged a Ghibli star out of semi-retirement to storyboard this episode. How they achieved that has been kept a secret, but Shougo Furuya’s appearance should be celebrated either way; he had only contributed to theatrical projects over the last decade, and his work had become very scarce in general after Ghibli paused their activities, so this took everyone acquainted with his career entirely by surprise. As the production gets rougher it’s no surprise that the team struggled with some of Furuya’s trickier concepts, but his storyboard was still conductive to some of the most evocative layouts in the whole series, and all the callbacks to the early episodes highlight how much things have changed for Akira, both her new hopes and the increasingly more asphyxiating anxieties. For a show with such a dubious sounding premise the main duo’s had a very healthy impact on each other, driving them to pursue their goals again, but they sure have hurt each other in the process as well.

─ It’s harder to find any craft highlights at this point in the series considering the struggle to get things finished, but I was quite the fan of this carefully animated sequence with Akira pondering about the dream she was forced to abandon and that she’s afraid to chase back – quite the central theme here. The beautiful digital samples made me think it was again the work of Sachiko Matsumoto, but perhaps it’s instead the star animator who definitely isn’t using a pen-name Yukina Kosaka who handled it. A magical moment either way.

─ It doesn’t feel right to call this a return to form since the show has been very strong even at its least impressive, but the long, very articulate intro with barely any words spoken brings to mind the stunning episodes in the first half of the series. It’s no coincidence that series director Ayumu Watanabe returned to storyboard this, so we’ve got him to thank for shots as expressive as the manager finally being able to see a ray of hope in his writing career. With him on the right track, it’s only Akira’s hesitance to fly again that remains to be addressed. The camera is more mindful than ever of her old injury as the symbol of her insecurity, but she’s pushed forward by her loved ones leading to a triumphant metaphoric representation of her regained strength. I understand why people were very wary of After the Rain, but in the end the show has offered a healthy message – not really providing an easy answer but at least convincing its characters, and maybe the viewers too, to keep chasing their dreams.

─ It’s time to bid goodbye to not just the series, but also one of the simplest yet most effective usages of studio WIT’s make-up animation. The final relief of Akira and her friends is illustrated as beautifully as possible thanks to this small team of digital artists, who have decorated the animation in pre-selected scenes throughout the show. I’ve been talking about After the Rain as a welcome outlet for WIT creatives whose skills weren’t properly used before, and that applies to them as well. Again, congratulations to Manaka Naka and Ryoko Mita for a job well done. 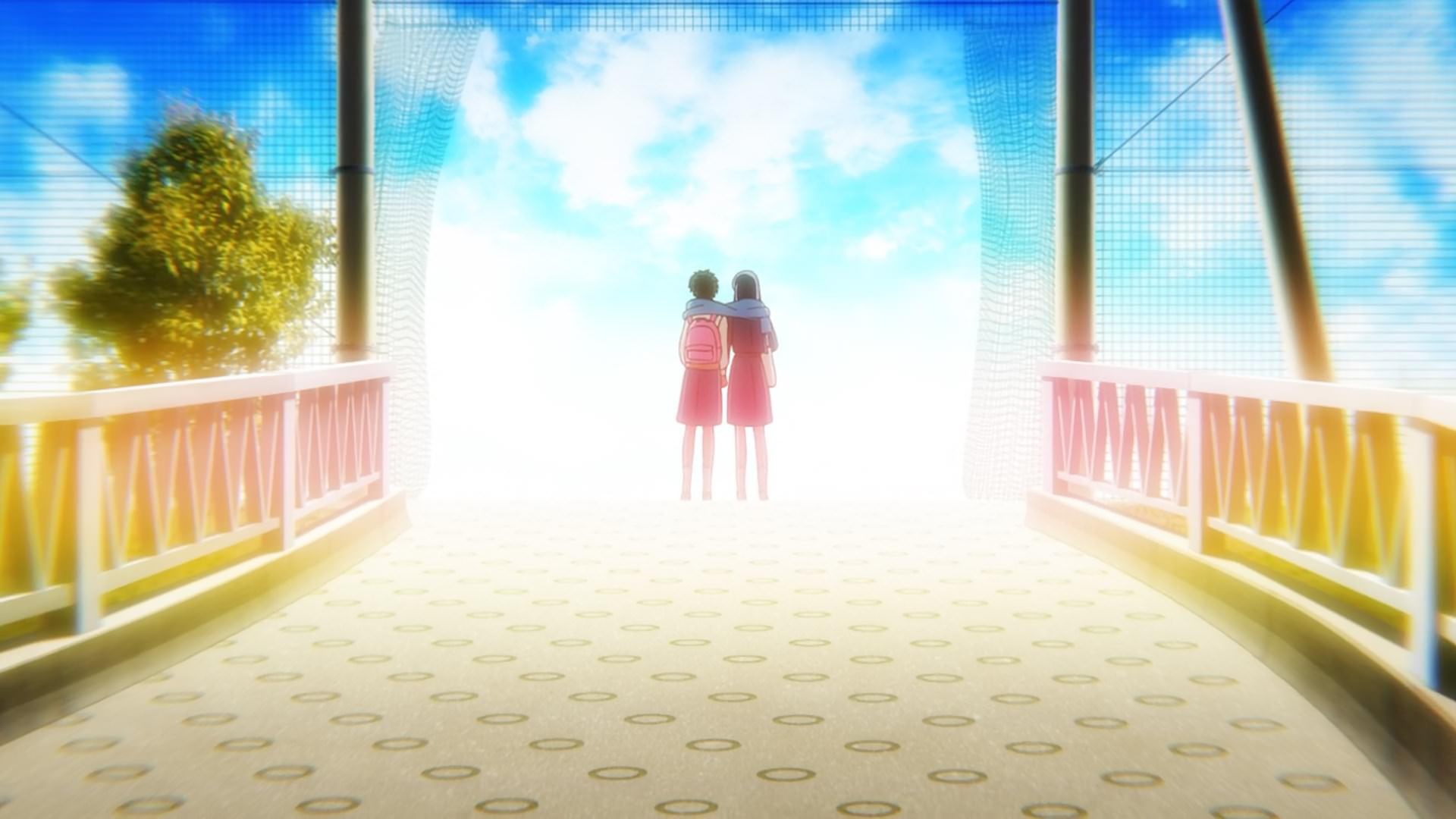 ─ Since I feel like both the show and myself have said everything there is to say about After the Rain, I’ll conclude with some final remarks on the production and creators involved. The end of a studio WIT series is always going to be messy, and it’s kinda ridiculous to consider that this show, which wrapped up a couple days before its last episode was broadcast, is easily among their most stable projects. Because of that messy nature it’s quite hard to highlight the work of individuals on the finale, though I feel like I must at least mention that co-episode director Ryoji Masuyama was amused by the many superficial similarities between this and his latest show Blend-S. But instead, and following this trend of After the Rain showcasing a new side of the studio that fills me with hope, I want to highlight this scene. Although very short and by all means mundane in content, the density of life in the classroom has left many industry members speechless, even more so after they found out that the rough animation came from Masaaki Tanaka, one of the young residents of the Animator Dormitory. A herculean effort that proves entirely wrong the anime fan belief that action series are inherently more demanding, as well as the return to a familiar layout that feels very appropriate as the closure to this show. Considering how he complained about the ridiculous workload but also mentioned how fulfilling it ended up being, perhaps he’s also been convinced that it’s still worth it to chase your dreams.