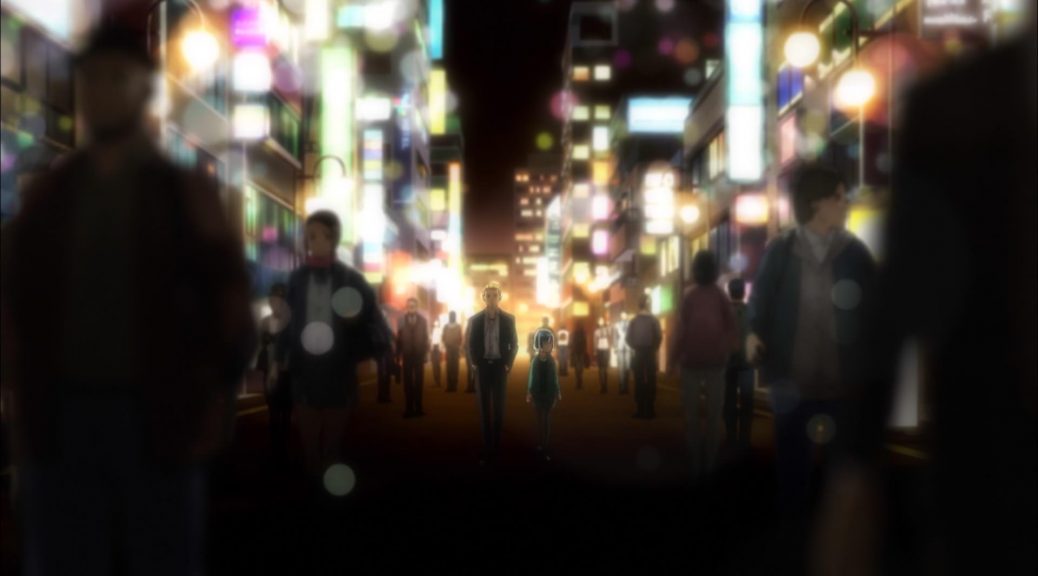 Hinamatsuri‘s premiere confirmed this is one of this season’s most interesting comedy offerings with its snappy delivery, perfectly complimented by copious amounts of spectacular movement. And so we’re here to talk about the outstanding animation team behind that feat, the director’s approach, and what to expect from this show in the future.

Key AnimationKey Animation (原画, genga): These artists draw the pivotal moments within the animation, basically defining the motion without actually completing the cut. The anime industry is known for allowing these individual artists lots of room to express their own style.: Kenrou Tokuda

─ We usually tackle the vision of the director before the animation it resulted in, but in this case the attractive movement plays such an integral role to the charm of the episode that it should be discussed first. Though admittedly, the two can’t be divorced: the reason why the show begins with an animation spectacle was because series directorSeries Director: (監督, kantoku): The person in charge of the entire production, both as a creative decision-maker and final supervisor. They outrank the rest of the staff and ultimately have the last word. Series with different levels of directors do exist however – Chief Director, Assistant Director, Series Episode Director, all sorts of non-standard roles. The hierarchy in those instances is a case by case scenario. Kei Oikawa deemed it necessary to include an exciting glimpse of the future right off the bat, which he entrusted to his exceptional main animators. It’s Production I.G Niigata Studio-bred Ryo Araki who literally kicks off the show with a snappy yet fluid, enchanting piece of hand-to-hand combat that has already enamored many fans. Although his attractive timing and understanding of body motion does wonders for sequences focused in acting, he’s also a big fan of action with constant flow. Projects like this give him an opportunity to put his full range of skills to good use, so even beyond his friendship with Oikawa and link to studio feel., his presence here makes a lot of sense.

─ Araki’s fantastic work is followed by none other than his master of sorts, the inimitable Tetsuya Takeuchi – not just the biggest influence over his pupil, but also the figure behind the animation school that defines the rhythm of this show. Over time he developed a style that articulates the constant shifts in emotion like no one else, paying lots of attention to details rooted in real life like clothing folds but never allowing himself to be restrained by strict realism; there’s exaggeration in his movement and poses, and even the timing of his animation is a big departure from the even fluidity that realistic animators tend to go for, making his movement feel spontaneous and loaded with all sorts of emotion. This time around he appears right after Araki in the phone throw at the end of this scene, and although it hasn’t been confirmed, I believe his work extends into the amusing meeting between the two lead characters. The show couldn’t have hoped for a better start.

─ It’s worth noting that this episode goes by fast. It barely allows any gag to linger for longer than a few seconds, which made for a surprisingly eventful introduction to the series. I believe it’ll slow down to some degree, but all things considered the overall snappy timing doesn’t seem like a bad choice. It’s perfectly complimented by this equally lively animation we’ve been talking about, and combined with the mostly deadpan reactions by its protagonists, it led to an endless stream of nonsense being treated as if it were almost ordinary. That natural absurdity is what draws me to the work of directors like Tsutomu Mizushima, so I’m perfectly happy with this approach. Something less abrupt will be required when it focuses on the family aspect, but that’s a future worry at this point, and nothing that Oikawa isn’t equipped to deal with.

─ Although Takeuchi, who returns to animate Hina wrecking the rival yakuza with hilarious ease, and Araki’s work throughout easily steal the spotlight, there’s more to this team than just them. Among the other regular contributors there are figures like Kuniaki Masuda, main animator on many feel. titles as of late, but I’d like to highlight Kenrou Tokuda as he was a bit of a surprise. All promotional material explicitly listed Takeuchi, Araki, and Masuda as the show’s main animators, but the show’s credits added Tokuda’s name among them, deeming his output on the first episode substantial to also credit him as its top animator. Chances are that he handled quite a lot of work, so major props to him! Less charismatic animators struggle to get acknowledgement, so I appreciate this honorary treatment in a project with such flashy stars.

─ At this point you might be wondering what to expect from this adaptation in the future. This has been an unusually animation-focused analysis after all, and everyone is aware of TV anime’s tendency to start with a bang just to fall apart as the sad production realities catch up to the staff. That said, Hinamatsuri appears to be in a good spot: the schedule is relatively healthy, and this team is already known for their outrageous regularity. The last time Oikawa had Takeuchi and Araki at his disposal, they showed up in almost every single episode to handle the trickiest scenes of Oregairu Zoku, which is bound to happen all over again. Takeuchi has already mentioned that he went all out in the opening, meaning that you’ve got something big to look forward to next week. And speaking of which – the show’s ending sequence was drawn by Naoto Hosoda, another exceptional animator whom you might know best as the director of The Devil Is a Part-Timer. He’s regularly collaborated with many people in this team, and as amusing as they are, it’s hard to believe he only showed up to draw three illustrations for it, so we might see him handle some episodes as well. More stuff to look forward to!

I didnt expect much from this one with that premise but it was a blast. Won me over with that badass fight and then just stayed hilarious, love how he rolls with the punches and all that sakuga going on

The opening sequence of this show was AMAZING. The last time I saw any fight scene close to such fluidity was Samurai Champloo, and that’s saying something.

The flow of Araki’s animation is always mesmerizing, and you can really tell he loves sequences like this to begin with. It’s a very charming series so if a flashy sequence like that made some people curious, Oikawa did it right.

The animation for that opening sequence is pretty great – I love approach to timing evidenced there and in more low-key moments throughout the episode, as this post highlights. At the same time, I’ll confess the motion blur and frame blending that happens in the sequence makes it rather hard on my eyes. There’s a general lack of clarity, even in the way the linework is filtered, that feels like it’s getting in the way of being able to fully appreciate the animation excellence. Perhaps some of that is a poor video source, but also I think I don’t really… Read more »

Hinamatsuri has finally ended. But the ending didn’t seem satisfying. They kinda had to somehow stitch together one half of two different episodes and ended it on a weird note. I want to why it happened.