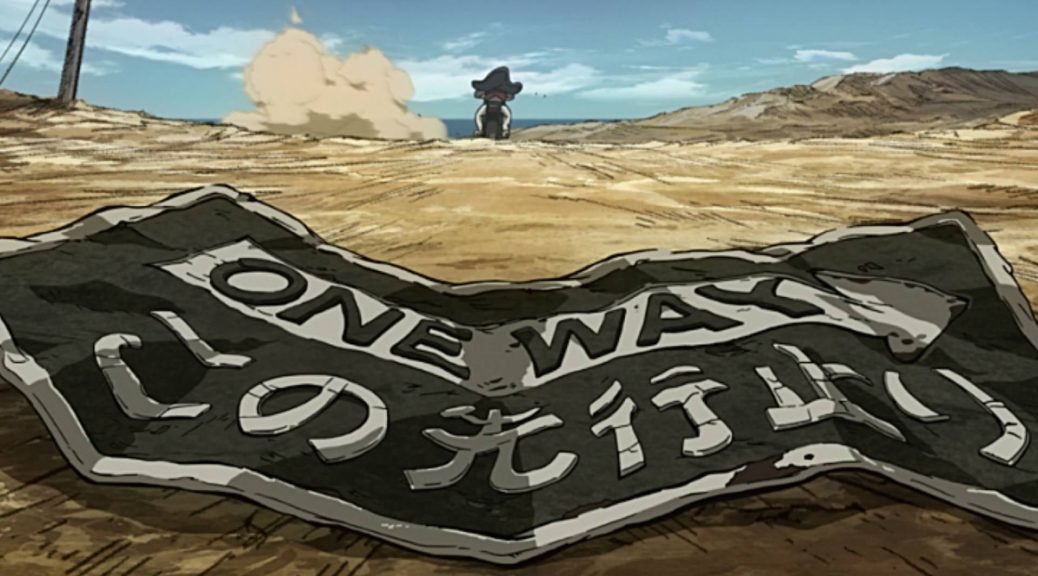 Starting this season we’ll be offering our usual production analysis and behind the scenes information for some individual episodes on top of the full series we commit to. And no better start than Megalo Box: Ashita no Joe‘s 50th anniversary commemoration project has been catching lots of attention due to its impactful old-school vibe, but it’s also been a source of misunderstandings due to its unique aesthetic. Let’s dive into those production quirks and the vision behind it all!

─ The most impressive aspect of this first episode, besides its confidence to let its world do half the talking, comes down to series director Yoh Moriyama. As we mentioned in the season preview, this isn’t only his debut handling a full series, he barely even has any experience altogether as director and storyboarder. His background is instead as concept designer, and damn if that doesn’t show all over Megalo Box: intricate tech and dense environments all over the place, using the contrast between the dirty slums for non-citizens and the opulent city to illustrate the social chasm in this world more gracefully than extended exposition would have. Moriyama is integral to all of this, since he was the concept designer for the whole series, and also provided designs for some side characters, outfits, and even the show’s logo. The workload as series director meant that he had to rely on other people for some elements, like mechanical artist Ippei Gyoubu handling the boxers’ futuristic gear, but both the aesthetic and atmosphere are by all means the result of his vision. Just one episode was enough to confirm that this is a designer’s dream production, the kind of passion project that a director with a different background wouldn’t come up with. 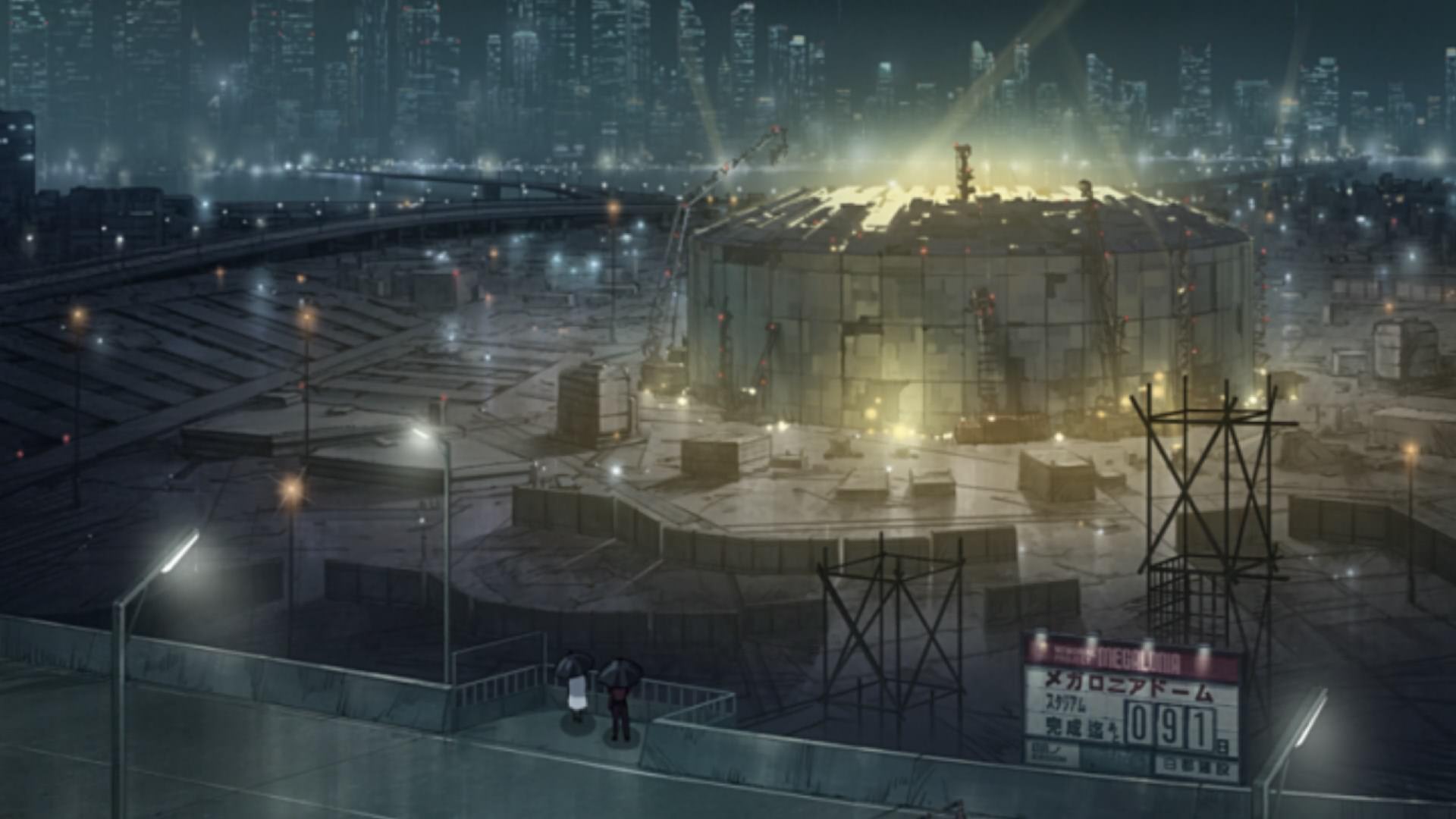 ─ Hisashi Mori’s raw-looking animation was the perfect initial hook for the series – not in the sense that it should be representative of what’s to come, but his visceral work embodies that coolness the show desires, and it’s always been a good fit for traumatic experiences. Amusingly enough it brought to mind Occultic;Nine, which couldn’t be more different of a series but also used Mori’s animation as a striking introduction, depicting a gruesome incident meant to immediately capture the viewers’ attention. I believe the key animation credits here might be in order of apparition, which would mean that TMS-affiliated effects expert Takashi Kawaguchi handled the other impressive bits in the show’s introduction.

─ The animation is otherwise sparse in the episode, more by design than due to limitations. Impact appears to be the main goal, and if the encounter on the road is to go by, Moriyama’s many encounters with Tetsuro Araki have influenced him a fair bit; expect many detailed still shots, time being slowed down to modulate the tension, and the kind of spectacle that doesn’t really rely on fluid movement and choreography to leave an impression. Perhaps as a way to make that more visually engaging, they’re also loading the action with sparks and other forms of effects animation. It was no surprise to see mecha and FX veterans like Toshio “SNIPES” Kobayashi joining the fray for a project that fits their style more than it might seem at first glance. All things considered they have quite the potent animation team, led by chief animation directors as talented as Hiroshi Shimizu and Kenji Hachizaki, so even though their priorities aren’t standard they should be able to deliver impressive sequences. So far so good!

─ The blurry elephant in the room is of course their unique approach to the composite, which has proven to be both controversial and a source of misunderstandings. Ever since the early stages of the project, director Moriyama simply couldn’t envision a series like this with the crisp visuals you’d get in a new anime nowadays; sure he could ask the team to make the linework thicker than usual, but to get a result reminiscent of the cel era he barely was a part of but that he loves nonetheless, they needed something more substantial. And as he admits, the answer they arrived to was intentionally roughening up the visuals, not really to go along with the gritty art direction as has been speculated, but explicitly to make it feel like an old production. Since Moriyama thought that simply overlaying a bunch of grain effects on it would be harsh on the eye, they also intentionally downscaled the footage and then upscaled it back – hence why many people have gotten the feeling that it feels like SD material, which it technically is despite the assets originally being produced as if it were a regular high-definition title.

─ What’s my take on that approach? I admire the deliberate intent behind it and there’s some closeups where it gives the drawings a powerful rough appearance, but I feel like it’s having a net negative impact. For starters there’s the fact that old anime doesn’t actually look like that – not even Ashita no Joe – so if anything they’re bringing to mind the memory of dodgy releases of classic series more than the actual thing. There also are some straight up technical problems like the aliasing in some scenes that could have been prevented if this entire process had been in the hands of a more robust team than T2studio, since they often struggle to get the job done. Tiger Mask W remains my go-to example in this situation: less ambitious and by no means ideal, but its treatment of the lineart gave it a bit of an old-school flair and striking texture during the action without compromising the series as a whole. It’s also worth noting that they applied those postprocessing effects to the character art, whereas Megalo Box’s more complex process obviously affects the backgrounds as well, which is a shame when they’re so densely packed with greatness. All that said, I really do appreciate Moriyama’s clear vision, and while it’s intrusive this isn’t a personal deal-breaker. Now just release some sort of settei book so we can appreciate all the detail lost in some way or the other! 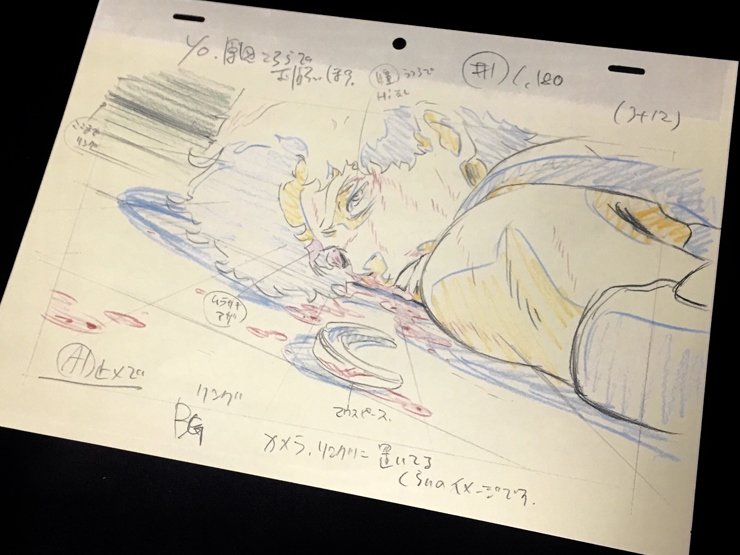 Kickass show even if that blurriness is awkward, good to see there’s strong staff involved

This is the sort of thing that is probably the more intrusive the more you know about animation… As for me, the visuals are pretty striking and evocative. Sure, the show does look SD, but that means it looks gritty and worn-down, with softer lights and earthier, smudgier browns and reds. This may not be exactly what the director was going for, but to me it’s very much in line with the show’s overall character. (Also, as someone who spent a rather significant time watching anime on dodgy SD analogue releases, I’d be lying if I said I have no… Read more »

I think there’s a worthwhile conversation to be had there – triggering nostalgic feelings can be as much about how you actually consumed something than about the thing itself, which is why something that’s almost an objective negative like the resolution nerf is making a bunch of people recall their early experiences with anime. I think it’s perfectly fair to be in favor of it. In the opposite camp, CCS is now getting an actually new HD master (since the show’s been released on bluray for ages) for its 4k release that has notoriously different colors, much closer to the… Read more »

“There also are some straight up technical problems like the aliasing in some scenes that could have been prevented if this entire process had been in the hands of a more robust team than T2studio, since they often struggle to get the job done.”

This gets me asking, if they’re not as robust, then why do P.A. Works, Satelight, Tezuka Pro and White Fox keep going to them on a regular (or permanent, in P.A. and White Fox’s cases) basis?

In fact, how are sub-contractors determined for an anime, not just on an episodic basis, but just in general.

They’re fairly big (handling 5 shows this season plus assistance duties) and have maintained many links with other companies, but that doesn’t really correlate with their prowess – it’s no coincidence that those studios have regularly featured awkward composite in their shows. And really, that’s how it goes in most cases, it’s not a case of “which company fits what we’re going for” but rather “let’s send this work to the studios we know since that’s more efficient.” Since you brought up White Fox: it’s not just T2, the backgrounds (and thus the art direction) in their shows are almost… Read more »

See now, that’s another thing, TMS has used T2 on a lot of their shows too (even back when they were known as Takahashi Pro), so it seem odd they’d be putting in a half-assed effort this time around for a company they’ve been working with since the late 70s.

I think it’s worth considering the possibility that the employees of T2 are not deliberately putting in a half-assed effort, but either lack the technical skill to flawlessly execute what they are attempting to do or are simply unable to see the flaws others do when they look at their own work.

It’s entirely possible, though that begs the question as to why even approach it like this anyway? I doubt even with another composite studio (like Graphinica or Asahi pro), the result wouldn’t be much better. Especially since they’re also being used in many other projects as compositors/animation subcontractors too.