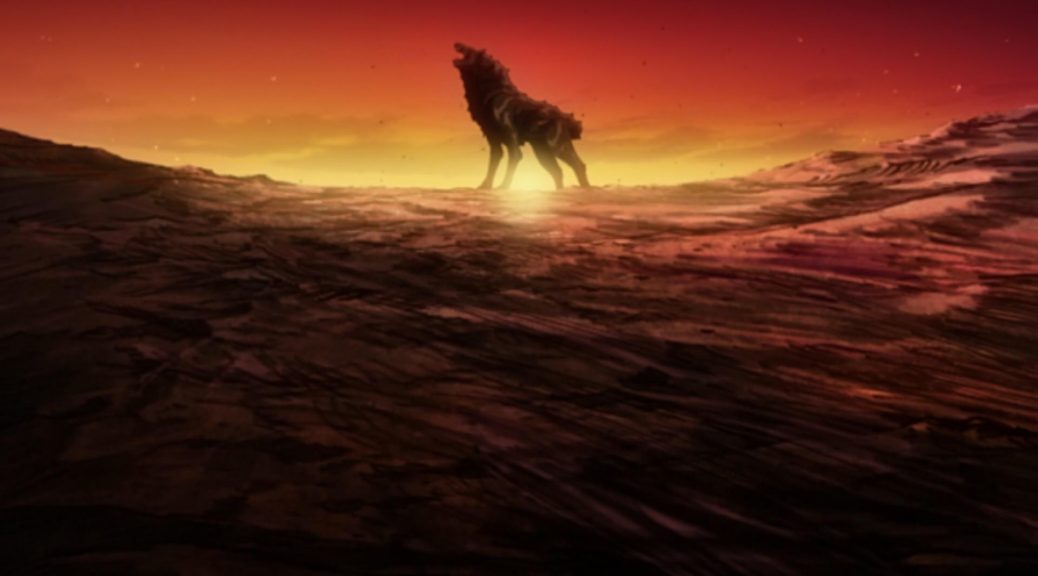 Megalo Box returns with another impactful offering, made all the more powerful by a couple of interesting creators worth talking about. We’ll also shed some light on the origins of this project and some important changes that have made this series as accessible as it could be. Don’t miss it!

─ If you were worried whether the second episode could keep up with the thoroughly impressive effort in the premiere, Megalo Box will quickly put you at ease with a follow-up that if anything is more energetic. That majorly comes down to storyboarder Jiro Kanai, a talented veteran animator with some more directorial experience than Yoh Moriyama. His aptitude becomes obvious through his eye for literal staging, the attention to power dynamics, certain seamless transitions, but especially during the striking fight against Yuri. Kanai increases the fantasy in a distinctly animator-like way, with arresting trails and an impossible amount of effects animation, providing shots as powerful as Yuri’s eye mirroring his fist about to strike. Though most of his major modern work is attached to experimental studio 4ºC, he’s also a frequent collaborator of TMS Entertainment, so it wouldn’t be shocking if he became a regular in this series. And considering how he fared in his first attempt, that could only be good news.

─ As a short side note, since I mentioned the studio: you made have noticed that the production of Megalo Box is credited to TMS Entertainment 3xCube. Whenever TMS is the main anime production company behind a series they go out of their way to credit the sub-studio where the process takes place in, that being 3xCube in this case. One of the studio’s curious quirks is that their anime divisions are all numeral jokes; the currently operative ones are V1Studio (Detective Conan, Ninja Girl & Samurai Master), Double Eagle (recently Nanamaru Sanbatsu, ReLIFE), and 8PAN (Yowamushi Pedal), though they’ve also had 777 Studio (Bakumatsu Gijinden Roman) and Po10tial (Lupin III: The Woman Called Fujiko Mine) in the past. Not that it makes much of a difference, but it’s an interesting curiosity.

─ The opening, with callbacks to Ashita no Joe, is a good opportunity to quickly detail its relationship with the original series, and hopefully put some new viewers at ease. This episode is loaded with references after all, from cheeky nods to more definitive moments, but I want to reassure newcomers that they’ll be alright following this series. It’s important to note that when Moriyama was first offered the project, the Ashita no Joe 50th anniversary commemoration was meant to be either a sequel, a spinoff, some sort of addition to the original with a tangible link to it. He couldn’t figure out how to make that work however, and the solution he found to make it all click was to reboot the entire project and set his own stage in a vague near future, making it a spiritual successor rather than a direct follow-up. There’s no doubt that Megalo Box will stand on its own then, though if your enjoyment is making you curious about Ashita no Joe, checking that out is never going to be a bad idea.

─ The first two episodes have tasked single individuals as both animation director and chief animation director, which paints a pretty clear picture of what their approach to supervision is like. That’s even more noticeable in this episode overseen by Shingo Ishikawa, since the regular deviations from Shimizu’s original designs stand out a lot. Ishikawa is perhaps the least renowned member of the chief animation direction trio in this series, though he’s still a respected veteran whom many Dragon Ball Z fans remember fondly due to his contributions to Buu’s arc. If I had to sum up his corrections in this episode with a single word, it would obviously be thick. Megalo Box‘s linework was eye-catching to begin with, as a result of both the animators following Yoh Moriyama’s bold vision and the very thorough work by the composite team to highlight the lineart. And yet, Ishikawa’s arrival immediately makes the first episode feel timid; his thick outlines dominate episode 2 from beginning to end, making the character art feel sturdier and underlining the distinct silhouettes even further. Moriyama obsessed over details like Junk Dog’s hair, since it had to live up to Joe’s charismatic, immediately recognizable hairdo, so any moves to reinforce the appearance of the silhouettes feels very deliberate. Once again, whether you agree with the artistic decisions taken by this team or not, it’s undeniable that they have a clear, cohesive vision. 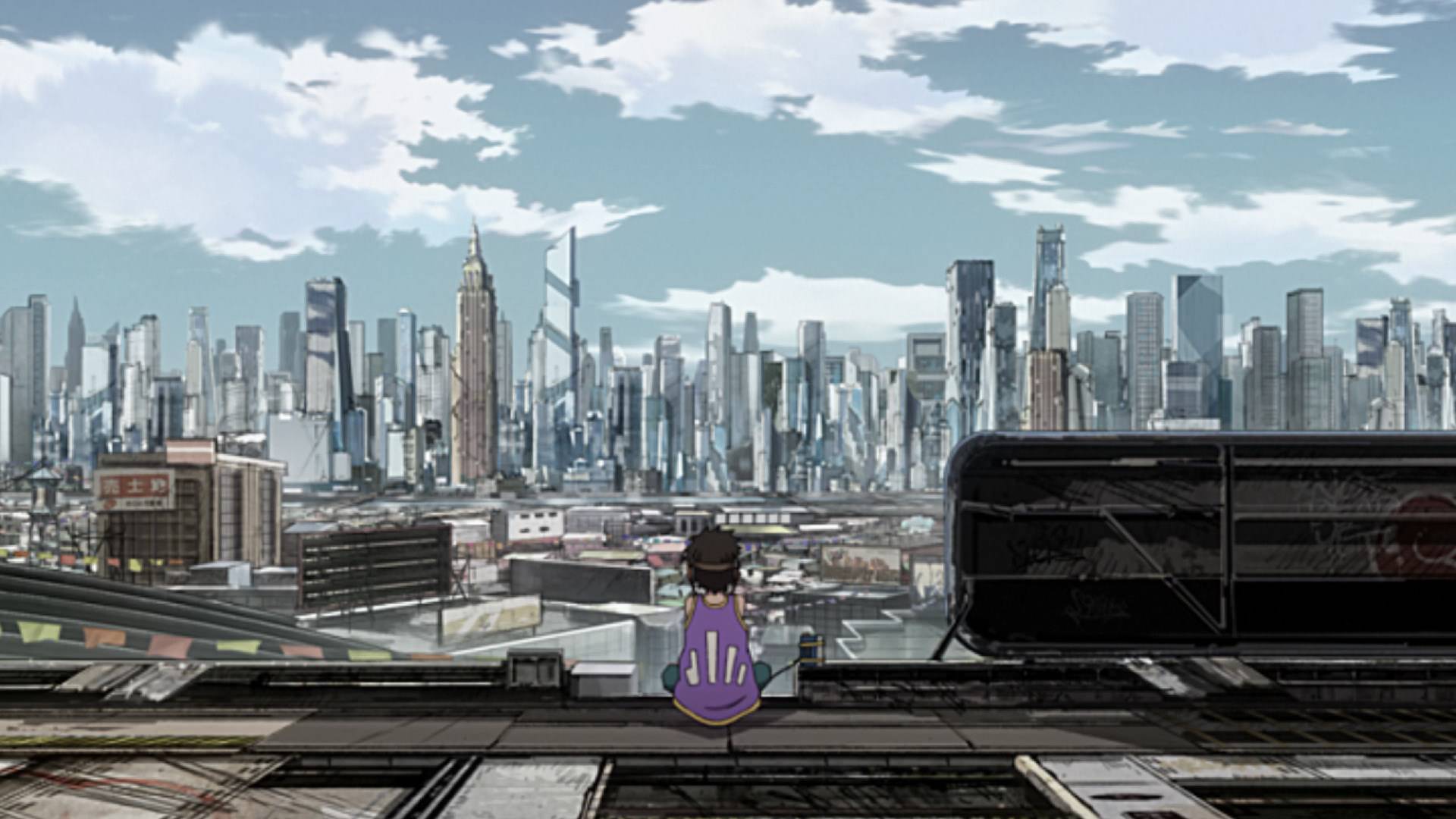 ─ And speaking of debatable, if well-reasoned, choices by the staff – last time I talked about Moriyama’s decision to not only heavily filter the footage to create a gritty effect that brings to mind memories of watching cel anime more than actual cel anime themselves, but to also downscale the footage and then upscale it back. This time around we get more sequences where you can feel a positive impact of that, mostly because of the impressive effect it has on closeups where Ishikawa had already accentuated the lineart, but also… less fortunate moments, shall we say. The greatest victim are the backgrounds, which are once again densely packed with lively detail that simply gets blurred out of existence; art teams are perfectly aware that their work is meant to exist, well, in the background, meaning that they’ve accepted that sometimes it’s going to be obscured. What makes this case more pitiful is that their work is presented openly, but its intricacies just can’t survive the resizing hijinks. A shame since the more places they visit, the more I fall for this world of heavy contrast. My offer of forgiveness in exchange for an artbook is still open, though.

“ (…) he’s also a frequent collaborator of TMS Entertainment, so it would be shocking if he became a regular in this series.“

I noticed the thicker lines and thought they looked badass, thanks for the details!

Sorry if it is obvious, but who would be 峠四十郎?

I don’t actually know who’s hiding behind it, but it’s someone who works every now and then with TMS and didn’t bother to come up with something that sounds real – they’ve also been credited as 峠四十九郎, which is even more ridiculous while technically being a name.

And if you google it, the only thing that comes out it’s the twitter of a sword otaku: https://twitter.com/Gennari_karasu