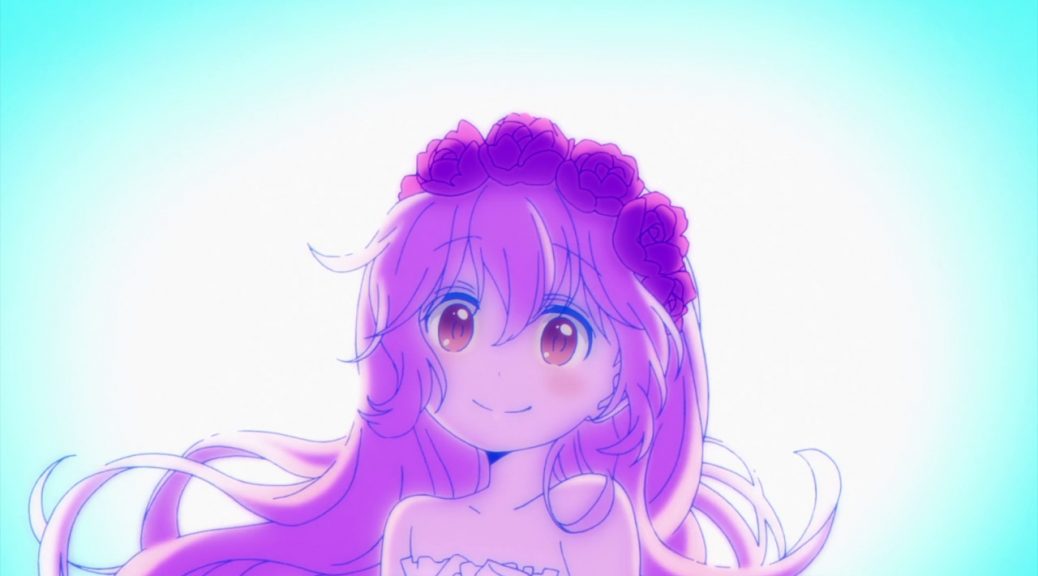 Comic Girls is shaping up to be one of the season’s minor surprises with its amusing cast and the surprising physical depth of the world they inhabit. Let’s explore this approach that allows the production to elevate the material even during the show’s downtime.

— At the risk of betraying my own comments in our season preview, I approached Comic Girls with a bit of trepidation simply because premises like these can offer a few laughs before petering out for good, even with solid staff attached to them. Fortunately director Yoshinobu Tokumoto has set out not only to prove me wrong, but also that his take on the latest addition to Manga Time Kirara’s army of adaptations fits our new format of irregular coverage to a T. It’s no visual spectacle by any stretch, but the bold presentation coupled with its ability to play to those strengths gives me with a good excuse to put it on the theoretical dissection table once at the very least.

— So what does that mean exactly, what have the staff been doing to strengthen the fun but not outstanding material? There’s an obvious element for starters: the obscenely detailed layouts that Tokumoto’s shown himself to be fond of implementing them whenever he can. While I was aware of that propensity, I never would have anticipated them to be so commonplace that they’ve effectively become a key part of the show’s visual identity at this stage. Tokumoto’s participation in all three episodes so far no doubt plays a part in this, but the fact that they’re present even outside his segments feels like a sign that he considers it a core aspect rather than his personal quirk. The major downside to this approach is that it highlights the weaker side of the production too, namely its rather uninspired art direction and kinda awkward, photorealistic yet bland backgrounds. The show’s by no means ugly, but it’s hard not to imagine what could have been had Tokumoto been allowed to team up with a much more robust art crew. At the very least it would have spared us from the jarring dimension-breaking backgrounds that we’re subjected to now and then.

— It’s worth noting that complex layouts with notable depth like this demand a certain level of skill and a careful animation process, otherwise the very concept of space might fall apart. That might sound like a prelude to an incoming disaster, but the show has proven itself to be well managed so far, even if I was initially a bit worried over the seemingly wild idea to leave the premiere in the hands of a mere four people. Consequent episodes have maintained sensible credit lists with a few more animators, but it’s possible to identify the team behind said premiere — Yoshiko Saito, Daichi Kitahara, Kazuya Nakanishi and Usaku Myochin — as clear key players in ensuring everything still moves at a good pace based on their output following it. There’s little more that needs to be said about their reliability than highlighting the fact that Tokumoto felt the need to pick out this exact same team, animation director Yasuyuki Noda included, after working with them on episode 4 of Re:Zero. That show in particular was the first high-profile showcase of studio Nexus’ outstanding stability, which has become a very notable part of their brand in an otherwise very messy industry; a whole 9 episodes of Re:Zero were outsourced to the studio, often appearing in consecutive episodes and still managing to put together something very polished that didn’t require a massive army of animators. That consistency appears to have extended to this project too, so even though there’s quite a lot remaining still, I’m hopeful for what’s coming! 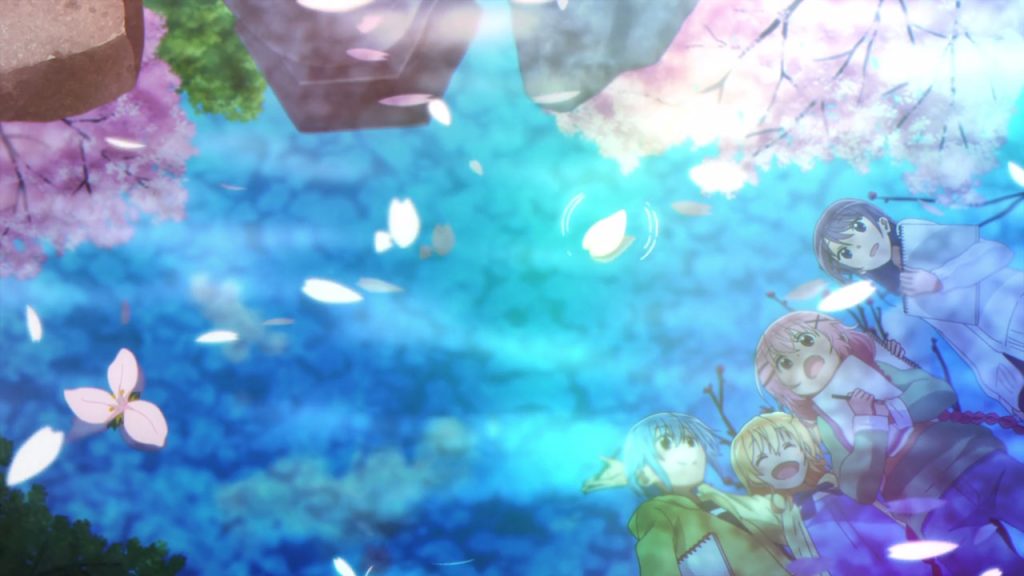 — The show would get by pretty well through the fun cast and Tokumoto’s sensibilities — not just those animation-related ones but also the comedic timing you’d expect from someone who’s tasked with a manzai training episode — but there’s a nice amount of visual gags sprinkled throughout as well, with Kaos and her almost tragic levels of incompetence typically at the center of it all. The often playful paneling is also used to highlight certain quirks of hers, like her tendency to get caught up in her own thoughts and her crushing lack of self-confidence. Wait, isn’t this supposed to be a comedy series?

— I’d be hard pressed to not mention the ED thanks to Yoshiko Saito’s lovely illustrations, even if the post-processing work is a bit harsh. I’ve been a fan ever since her solo episode of Wakaba Girl, so it’s nice to see her stepping up to more prominent roles, moreso when it’s through a show that’s proving itself to be pleasantly enjoyable.

While not as good as the crop of “Cute Girls” anime last season, Comic Girls has definitely been a pleasant surprise and a fun watch as the only full-length show of its type this Spring. One thing that stood out to me from the premiere onwards is just how well-integrated the characters are with the world around them, a problem many other anime often have. Offtopic, but could you guys look into a show I mentioned in the comments of the Spring preview – Legend of the Galactic Heroes 2018? There’s a lot visually interesting going on with that show,… Read more »

I think I might actually die from LOGH overexposure if I picked up the new one while still tiptoeing my way through the original.