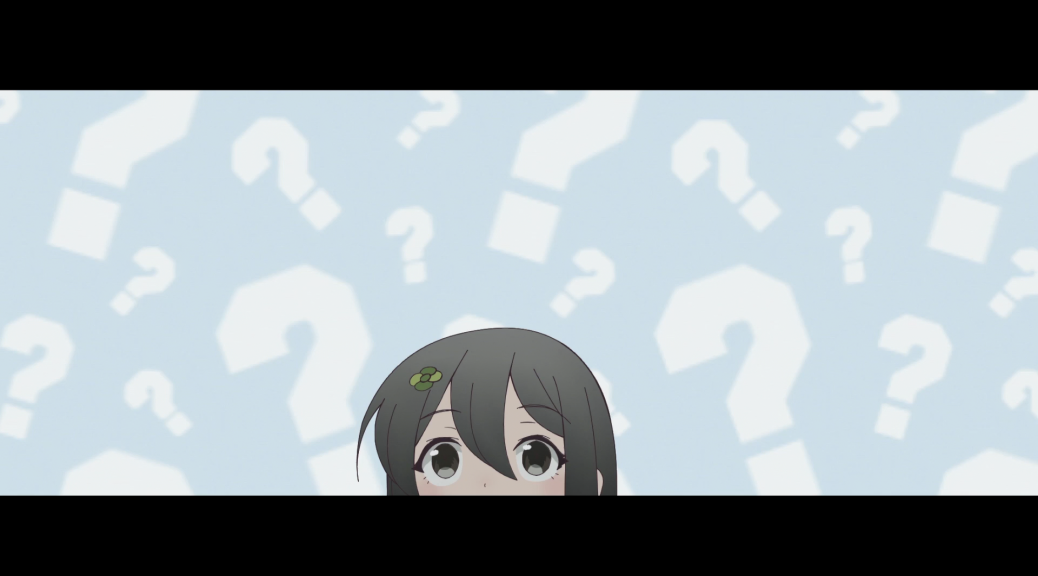 Though at this point we should know better than this, edited versions of animated series that go against the wishes of the creators and upset the team that made them are still a factor sometimes. To Be Heroine is a sad reminder of what can happen when the localization of anime goes wrong, made even worse by the fact that most viewers aren’t even aware of what’s going on because the compromised version is the one being broadcast in Japan and streamed overseas. What are the changes that have upset the studio and staff, and how did we get to this situation in the first place?

Our coverage of To Be Heroine so far has been pretty enthusiastic. It was one of the titles we chose to highlight in the seasonal preview for its potential to have impressive animation, a set of expectations it rose to while at the same time adding a much more refined atmosphere compared to the team’s prior work; it’s a weird thing to say about an anime that’s still unashamedly built on scatological humor, but this new series feels like a much more ambitious and mature effort by a team that’s grown a lot since To Be Hero. Just a few days ago we were able to publish an interview with many of the newcomers that have joined Studio LAN recently – young animators from all around the world whose priceless experiences you can read over here.

Now, the show isn’t perfect, but today we’re here to talk about something that went wrong in spite of everyone working on it, rather than because of a fault of their own. For those unaware, this project is a co-production between Chinese and Japanese companies. The former are essentially responsible for bringing the show into existence, while the latter offer the possibility to connect to well-established markets like Japan but also international viewers through platforms like Crunchyroll. So while you’ve likely come across To Be Heroine as one of this season’s new anime series, you have to keep in mind that that’s the Japanese localized version of 凸变英雄 LEAF. The problem? They’re substantially different, to the point of really upsetting the team that produced it.

I believe it’s important to get across the scale of the differences to illustrate why the creators are so upset. After only 3 episodes of To Be Heroine, over 11 minutes of content have been cut away. Following this trend, by the end of the series they’ll have removed 1-2 whole episodes’ worth of footage. It’s hard to estimate until the broadcast nears its end, but 15~25% of the runtime will have been cut. This is substantial in and of itself, but it compromises the series even more than you might be thinking. That’s because rather than cleanly cutting away a bunch of work, they’re editing every single scene. Even if you like To Be Heroine as it’s airing in Japan and streaming worldwide – which I do, with the obvious caveats – it should be obvious why the artists behind it are frustrated.

I’d like to give some more detail about the thorough editing process, since as damaging as it’s been, it also might give you greater appreciation of how much thought goes into making anime. Whenever you see arguments regarding pacing of anime they tend to be framed on a macro level, which is understandable since the rhythm of the delivery only becomes a noticeable factor when it’s taken to an extreme… and that is exactly what happens when you trim bits of pretty much every shot, even if it’s half a second at a time. A quirky series like this risks coming across not just as overbearing but even inconsequential if you don’t let it breathe, so fundamentally compromising the director’s vision was quite the terrible move. Though rapidfire humor ala Teekyuu can be made to work, accelerating a full-length anime (more on this later) that wasn’t conceptualized like that feels very awkward. Sequences like the one above exemplify the damage: not only does it show you how quickly the timing goes off-balance, it’s also one of the instances where a cut has been deleted entirely, with such poor foresight that it removes a big part of the punchline the scene built towards. And yes, in isolation this could feel like a minor grip, but when every scene has a series of small issues, the problem becomes quite large.

And just like the timing intended by the director has been modified, so have the plans of the rest of the team. Sometimes footage will be literally sped up, screwing with the original timing the animators felt was appropriate for the events. In other occasions the changes are more fundamental, like the hectic battle in the first episode that was fully rearranged in an attempt to hide the fact that some shots were removed outright, compromising the flow of the sequence – never a good idea, but even more questionable in a show where the action animators have been encouraged to storyboardStoryboard (絵コンテ, ekonte): The blueprints of animation. A series of usually simple drawings serving as anime's visual script, drawn on special sheets with fields for the animation cut number, notes for the staff and the matching lines of dialogue. More their own sequences. And since modifications this substantial change the nature of the scene, the original sound direction no longer fit either. As a result, To Be Heroine often uses different tracks for those scenes, more often than not neutering the impact. While its predecessor was also edited when it made it to Japan and overseas, this time around the changes have been so intrusive that both the studio and individual animators have openly expressed their concerns. The show people around the world isn’t the one they made, and in many regards it seems undoubtedly worse.

At this point you might be wondering exactly what the Japanese team editing the series is thinking. Are they doing this just because? Obviously not. Is it being heavily changed because it’s a Chinese production? I’m going to be generous and say that no, at least not in a consciously malicious way. The reasoning behind the editing is due to the format: 凸变英雄 LEAF is a web-series with episodes of variable length, most of which shorter than a regular anime, while To Be Heroine has been repackaged into 7 full-length episodes to fit a standard TV timeslot. Now that starts to sound like more of a reasonable until you remember that they’re removing more than an episode’s worth of footage, so it’s obvious they could have been much more lenient. The way they’re combining multiple episodes into one already leads to awkward pauses mid-episode, so it’s not as if this is preserving any sense of cohesion as it is.

And beyond that… do we really need to go through this in 2018? It’s clear that this editing process could have been handled much more gracefully, but did we need it at all? We’re at the point where webseries are a viable venue, as proven by the fact that this title originally launched as one. The inherent restrictions of TV anime are annoying at the best of times, so why retroactively apply them to a show if that’s going to mess it up so badly? This seems all seems like a mentality problem: the idea that TV is still the default format, and that it’s alright to go against the wishes of the team behind a work to be able to market it elsewhere. Localizations that significantly alter the original are hardly a new problem of course, but audiences are definitely becoming more concerned with whatever changes are made, perhaps because the internet makes it very easy to track them. So if we have fans campaigning every time half a boob is removed from a game, for good reason or not, maybe save some of that anger for a localized version that is genuinely frustrating the original artists. Be polite of course, but make your complaints loud and clear so that we don’t have to write many more pieces like this in the future.

anyway to watch the original chinese version with subs?

Not that I know of, though I believe I saw some fansubs for one episode at least. The original is available on bilibili, but that’s of course not subbed.

HiSubs on nyaa has the first 3.

In a recent interview, Masao Maruyama commented that one of the most exciting things about making anime exclusives for only platforms was that they didn’t have to keep every episode with the same lenghts, as it put some constrictions and made things very difficult. At that moment I didn’t think of it as such a big issue, but it looks like it can be.

TV broadcasts will have a lot of formal restrictions, yep. To give you another recent example: just this week, Precure broke its tradition and had a special ending sequence that played an insert song flowing naturally from the events in the episode. But since the series always has a commercial break before the ending plays, they had to get clearance from the sponsors first. So even in a case like that where things turned out like the creators intended, there were extra steps for them to get things to work out. It’s not like online distribution will magically grant true… Read more »

Thank you for highlighting this issue! I wish there was a way for me to view the original and inderatand it, but I guess just watching it twice isn’t bad either. It really is a shame that so much was cut out considering how passionate and hard-working these animators are.

Wow, this is sad. Goes to show how bizzare some decisions are behind the making of our entertainment. I hope to death there is some sort of director’s cut released eventually, I only watched the first episode (because of you) and it was surprisingly good.

Thanks for writing about these concerning news.

Thoughts about this article?

Not surprising since playing damage control is what studio representatives do, but none of the justifications about the process are anything that wasn’t already mentioned here and lying about having the support of the studio is just a shitty move that exploits their inability to loudly complain about it.

I was wondering how this was possible unless they made really long episodes that couldn’t fit in the normal time slots. It’s unfortunate that it got edited for TV but a lot of stuff is edited for TV and the series is non-standard episode format. Would they prefer it not air on TV? Also, is the show bad? I get that it’s being edited, but is it anywhere close to being ruined? I just saw a lot of movies on TV that had the “this has been edited for content, length, and to fit your television screen” going up as… Read more »