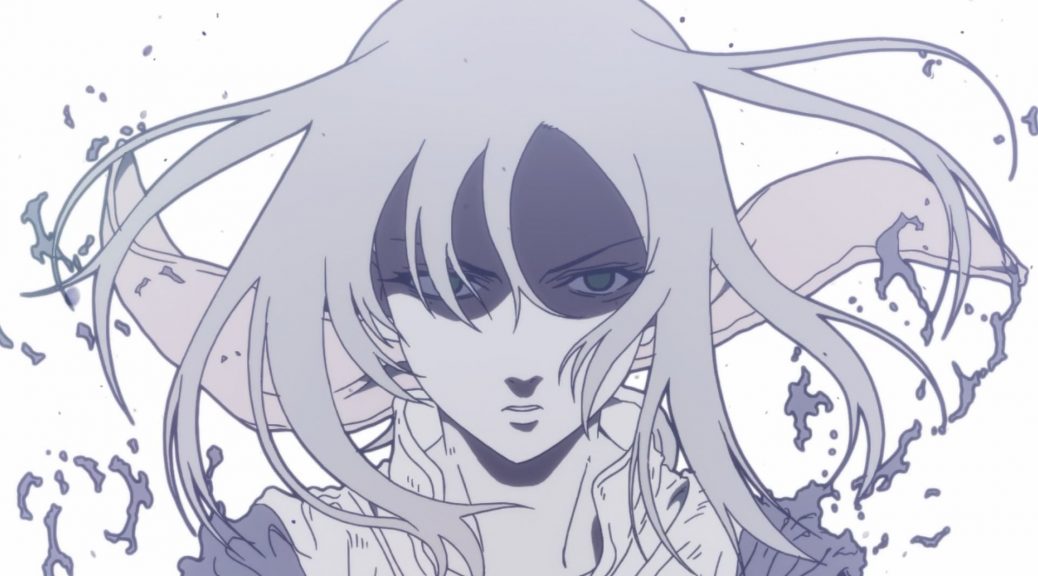 The summer anime season has started in the most intense way possible. Hanebado‘s anime adaptation turned out to be a transformative effort, ditching the source material’s lighthearted start for a bitter, emotional, grand and hot-blooded first episode that won’t leave anyone indifferent. And so it’s time to examine this team’s ambitious approach, also peeking behind the scenes to find out exactly what was their mindset and who’s responsible for this impactful beginning.

─ While this kind of backstory is far from uncommon, the events that led to this Hanebado! adaptation are still heartwarming enough to make you root for its success. Producer Shunsuke Hosoi transferred from distributor VAP to the behemoth TOHO a couple of years ago because he wanted a chance to turn this series into an anime. When it came to assembling a team with Liden Films he was introduced to animation producer Tomohito Shinka, who’d been playing badminton for a long time and could funnel his passion for the sport towards this project. They attended actual highschool competitions alongside the series director to do the research that any remotely serious production requires, and their efforts eventually led to this so far impressive show. The groundwork and passion-fueled struggles are similar to those of many other anime, and truth to be told they didn’t have to fight for the project’s existence as much as other cases, but point stands that the people behind this series care about it a lot.

─ And thus, the staff’s intention was to immediately get across that they really were giving it their all. Considering the subject matter, that meant starting off with a sequence that proved their commitment to portraying the sport in the most intense and outright cool way possible. They considered inserting various scenes that either weren’t in the manga or would happen much later as the hook, and in the end settled with Nagisa’s harsh defeat – a good choice all things considered, since the whole episode is dyed with her bitterness. The person in charge of the most dynamic cuts was the main action specialist Masahiro Tokumaru, who’s recently found his footing as an ace animator at Liden; he joined the industry in 2013 as an in-betweener for White Fox, and after trying his luck in various projects as a freelance key animator, it’s Liden’s projects where he’s earned the trust required to show off his skill. Constant movement is his game, with a reluctance to cut corners that can make even theoretically simple shots into huge endeavors. In spite of that constant motion he didn’t sacrifice the feeling of impact or even the solidity of the drawings – supported in this regard by the corrections of Satoshi Kimura, who has the fate of this show’s animation resting on his shoulders. So far so good!

─ Before tackling the episode itself, the opening deserves an intermission. It was directed and storyboarded by Naoki Yoshibe aka yotube, perhaps best known for his sequences on Jojo’s Bizarre Adventures and Gatchaman Crowds. His multifaceted digital art makes him one of the most interesting rising figures in anime, but we can skip his introduction since we already wrote an entire post to get people acquainted with his work. His return to opening direction offered known qualities, like his trademark effects that define the aesthetic and the uncanny ability to combine different types of craft, while also threading together a strong sequence; I’m fond of the teasing of the cool badminton skills first before the opening unleashes itself and returns to their full forms at the end, at which point they get to literally blow away the credits in classic yotube fashion. The crew of animators responded to the high demands of the directors as well, as seen in the nicely acted visual representation of their relationship animated by Naoki Okada, and obviously during the relay of eye-catching badminton plays. Though yotube’s own cuts are the most perfectly fitting as you’d expect, it’s again Tokumaru who left the biggest impression with this ominous, memorable shot. If the fancy intro wasn’t enough to grab people’s attention, this opening will do the trick.

─ You might think that after all this initial intensity the episode would calm down, but the Hanebado! anime was born with all dials turned up to eleven. If you’re of the opinion that shows must earn their conflict before raising the emotional volume then this melodramatic approach might put you off, but director Shinpei Ezaki at least made sure to marry that tone with equally grand execution. The solemn shots, many vast layouts that spell out the conflict as loudly as the series of visual metaphors, it’s all sold with intensity to match the sentimentalism. This adaptation is clearly a transformative take on the original, a thought-out attempt to turn it into the hotblooded spectacle the manga eventually becomes from the get-go. And before defenders of the sanctity of the source material come raise their voice, keep in mind that this is something that’s happening with the approval of the author. Just look at this long thread with the manga editor and the anime’s producer sharing their thoughts about the episode as it aired, commenting on essentially everything. It would have been much easier to follow the lighthearted beginning of the original as it was, but the entire team is committed on drastically changing the structure to showcase the essence that actually attracted them to this series.

─ If I were to point out any grievances regarding their approach, it would actually be how ambitious it is. A good thing on paper of course, but whether the staff will be able to live up to these demands in the long run remains to be seen. While I appreciate Ezaki’s thorough storyboard full of small movement, the situation would remind me too much of Just Because’s director Kobayashi almost crashing the production by not keeping the team’s limitations in mind, were it not for the fact that Ezaki takes a step back when filming and makes it slightly less taxing. Truth to be told, the team as a whole doesn’t have acting finesse in the first place, which makes the excellent tense scene in the clubroom stand out as the exception. Perhaps some guest animators could address that, but for now the most noteworthy outsiders are the likes of Mitsutaka Echigo: known for her gorgeous art (and undying love for Cinderella Girls‘ Anya), not so much for acting nuance. And if we’re talking about shortcomings that don’t let them fully live up to these big ideas, Ezaki’s own struggles with 3D camerawork and space were exemplified by the moment where the protagonist’s outrageous skills leak through – it doesn’t make space clear nor the movement easy to read, which would be no issue if she was at least portrayed in really cool fashion rather than just sort of awkwardly saving her friend. Minor nitpicks in the grand scheme of things, but if the show as a whole ends up having problems, I feel like they’ll be related to this: big ideas that the team could struggle to properly execute. Worth the bet in my opinion!

Amazing work that they did with that 3D background camerawork. I loved the concept of mix colors constrast and timing they put out in the opening.

the highlight for me was the occasional 2D birdie. even just one would’ve been cool but i think there were a couple

Paving the way for Teppu or not, Hanebado actually weirdly reminded me of Megalo Box in a way – you can feel a very cohesive vision behind them both from the get-go. In the latter it was mostly a design sensibilities matter, while Hanebado was impressive because it matched the emotional tone with equally intense delivery. It sold the immediate angst personally.

All this “intensity” is causing a major backlash in Japan, lots of people there are complaining about how the anime has deviated from the manga and how the more light hearted mood of the manga is superior to the bad drama. A shame, cause it is clear that the animators have done a phenomenal job and this series could and should have been extremely successful.

If that’s really happening (always hard to gauge, since people being loud online isn’t necessarily representative) then it’s a shame because this was a risky yet thought-out bet that so far has turned out great. I came across right about the opposite, with anime industry people being very pleased, especially those who were fans of the source material and realized how impressive the adaptation is.

It seems like Japan doesn’t like anything remotely intense/serious without it being somewhat cute. I mean it’s part of their culture, but it’s also a curse, I’m afraid. I have nothing against the cute stuff, but not everything has to be that way.

I haven’t seen the manga so reading that they changed the whole atmosphere was a surprise to me. I love that they did it – this was an excellent opener for them. I’m hooked. I wish more studios could do these radical changes to the source material, because a lot of manga has very interesting ideas but is bogged down hard by some elements.

My only complaint about the restructuring of the narrative is that Nagisa is getting the central focus instead of Ayano, the actual MC of the show. After reading 12 volumes of manga following Ayano’s story, I’m not too kin on how she’s getting sidelined in favor of Nagisa in the adaptation.

Sorry for the offtopic, but do you know any details behind strange motionless adaptation of “Backstreet Girls”? What are the reasons for such weirdness?

“Minor nitpicks in the grand scheme of things, but if the show as a whole ends up having problems, I feel like they’ll be related to this: big ideas that the team could struggle to properly execute. Worth the bet in my opinion!”