The second episode of Hanebado has kept on impressing, both on a directorial level and when it comes to the animation during the badminton matches. Let’s take a look at the secret behind this show’s endless barrage of realistic movement!

StoryboardStoryboard (絵コンテ, ekonte): The blueprints of animation. A series of usually simple drawings serving as anime's visual script, drawn on special sheets with fields for the animation cut number, notes for the staff and the matching lines of dialogue. More, Episode DirectionEpisode Direction (演出, enshutsu): A creative but also coordinative task, as it entails supervising the many departments and artists involved in the production of an episode – approving animation layouts alongside the Animation Director, overseeing the work of the photography team, the art department, CG staff... The role also exists in movies, refering to the individuals similarly in charge of segments of the film.: Daisuke Tokudo
Chief Animation DirectorChief Animation Director (総作画監督, Sou Sakuga Kantoku): Often an overall credit that tends to be in the hands of the character designer, though as of late messy projects with multiple Chief ADs have increased in number; moreso than the regular animation directors, their job is to ensure the characters look like they're supposed to. Consistency is their goal, which they will enforce as much as they want (and can).: Shuji Maruyama
Animation DirectionAnimation Direction (作画監督, sakuga kantoku): The artists supervising the quality and consistency of the animation itself. They might correct cuts that deviate from the designs too much if they see it fit, but their job is mostly to ensure the motion is up to par while not looking too rough. Plenty of specialized Animation Direction roles exist – mecha, effects, creatures, all focused in one particular recurring element.:Yoko Sano, Shino Ikeda
Assistant Animation Director:Toshiyuki Fujisawa, Satoshi Hattori
Action Animator:Naofumi Hashimoto

─ Living up to the first episode of Hanebado was no easy feat. The anime adaptation was frontloaded so as to immediately catch the attention of viewers, with the production’s strongest animation assets going all out since the first scene. The structure was tweaked with that goal in mind, which enabled the laser-focused, tonally consistent introduction that many people loved. At the same time though, there were some obvious downsides to that approach; for starters, and as much as I enjoyed it, that first episode was so thoroughly tense it was a bit of an exhausting experience. But most relevantly here, it conditioned the content of the second one as well. While Ayano Hanesaki is meant to be the main character, the emotional protagonist so far had by all means been Nagisa Aragaki. For the show to truly start, the latter’s arc had to be given some closure, at the very least freeing her from her paralyzing trauma. There’s no denying that the events of the second episode felt a bit too rushed as a consequence of that, but all things considered, that’s a small price to pay for an otherwise very compelling prelude to the series.

─ If there’s something that truly felt exceptional in those badminton sequences though, it’s got to be how much the characters move. The sheer amount of motion is mesmerizing. Last time I mentioned the staff’s intent to portray the sport in the most spectacular way possible, not only to capture the essence of the manga but also because people behind this project are personally invested in badminton in the first place. This episode offers a perfect opportunity to talk about exactly what that entails, especially in regards to the animation process. Let’s not beat around the bush: Hanebado uses copious amounts of rotoscoping and referenced footage. That much has been officially acknowledged, though it often comes with disclaimers because of the nasty prejudices the fandom has about these techniques; they’ve reminded fans that while rotoscoping is by definition tracing over footage, they don’t do it as is but rather treat it as just another tool. Although they’ve recorded all the matches, they say that in the end it’s the skill of the animator that becomes the biggest factor in the quality of the scene. That’s all true of course, but it’s worth pointing out that what they’re describing is the way most decent rotoscoping efforts operate. Since there’s that stigma among viewers though (bad enough for someone to be bullied off the industry over this), it’s understandable that they try to distance themselves from a term that’s so vilified. Even a production as high-profile as Your Name hesitated to call its spectacular ritual rotoscoped, despite sticking extremely close to the real footage they’d recorded!

─ When it comes to Hanebado, that reference footage comes from different sources. The staff relied on multiple highschool badminton clubs, which is quite telling of their commitment to authenticity. And when it came to the filming, they had the assistance of professional players like Yukino Nakai and Nao Ono, as well as some amateurs. Again, the team’s investment in making this series as good as they could is undeniable. With that real footage in hand, the procedure varies depending on the capabilities of the team the episode is assigned to. The first one, with a stronger lineup of action animators led by Masahiro Tokumaru, was able to absorb concepts from real-world badminton plays while still very much doing their own thing. However, the team captained by Naofumi Hashimoto on the second episode wasn’t quite as confident, hence why they stuck much closer to those reference materials. The result is still quite impressive, but admittedly there are some scenes that are fairly obviously traced and awkward moments where well-known rotoscoping issues manifest themselves; the corrections being unable to keep up with the outrageous amounts of realistic movement and faces clashing with bodies they literally don’t belong to are the most obvious problems you might notice, as well as some unconvincing fluidity here and there. But even an episode as demanding as this couldn’t beat this dedicated team, who still managed to adorn plenty of scenes with exaggerated poses, excellent smears, and extreme impact – straying away from reality and at the same time making it feel more real, because that’s how animation rolls. Hanebado‘s beginning already established that this team’s main worry might be their own ambition, but they followed that up by earning a passing grade on a challenging episode that tested the staff’s limits. Still no reason to complain.

─ Let’s conclude the animation talk with a short addendum since it relates to how demanding this episode in particular was. In-between checker Taiga Sakakibara had built up hype for it mentioning, among other things, that it would feature around 10,000 drawings. As you might be aware, standard episodes oscillate around 3,500 and 5,000, and 10k has for a long time been treated as the arbitrary landmark of a really big deal. Now that alone doesn’t ensure high-quality animation in any way – one day I’ll have to write a full post about drawing counts on anime, both the informative data and the jokes animation fans have laughed at for years – but it is indicative of their ambition regarding the sheer amount of movement. The staff have also indicated the production schedule is healthier than usual, so at the very least they’re not forced to undertake this ridiculous amount of work while massively rushed. 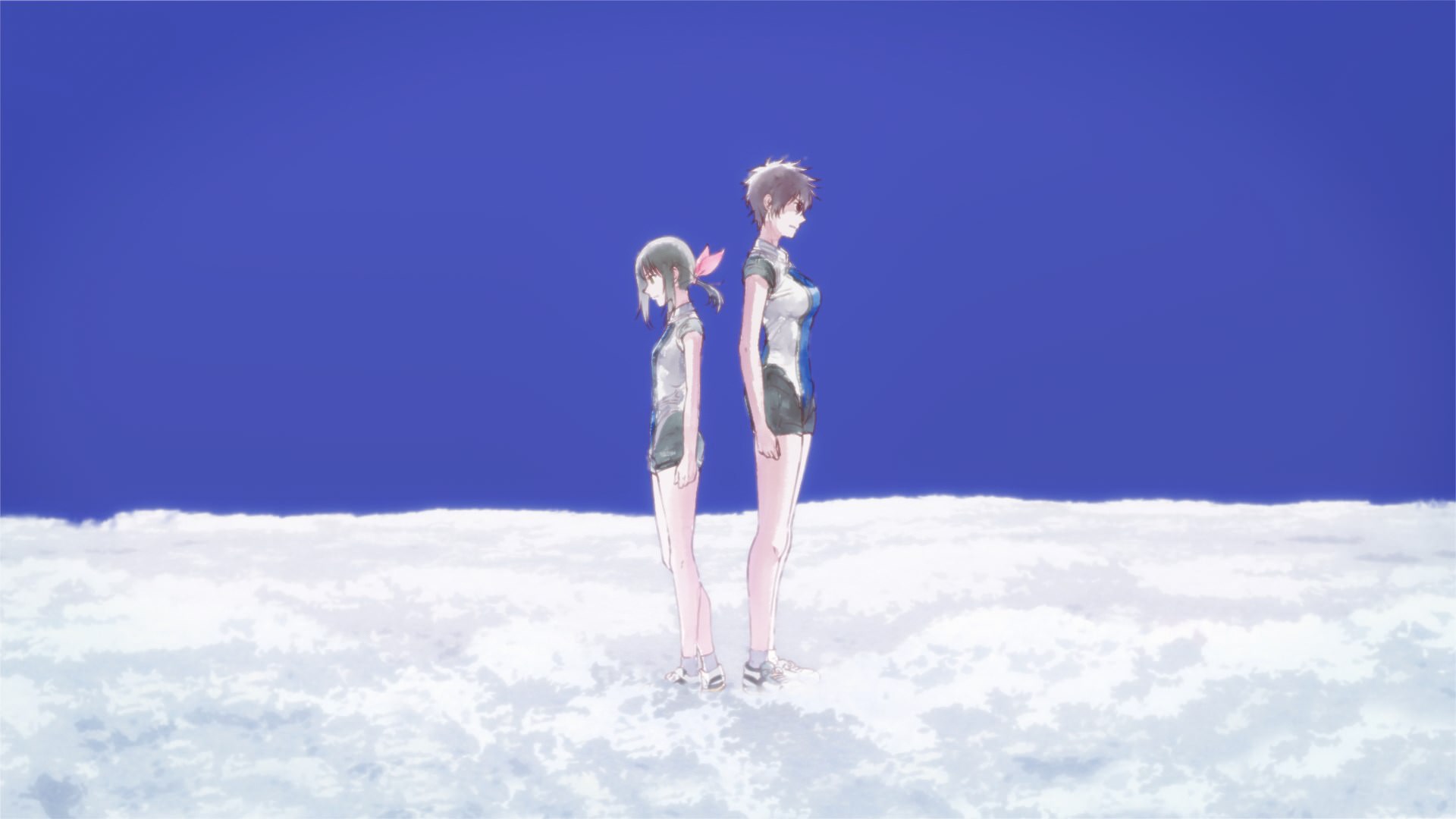 ─ This week’s epilogue could only be dedicated to the ending sequence unveiled on the second episode. Is it because the watercolor sequence is very pleasant, featuring both cute downtime and evocative moments? I appreciate all of that, but the real reason why I wanted to highlight it is that it was pretty much entirely produced by Aoi Umeki of Pop Team Epic fame. And I mean those credentials literally, as 99% of her professional anime work is limited to her co-series direction there and all the hands-on work she did throughout the series – including its very intentionally badass opening, and the cute ending that’s aesthetically close to Hanebado‘s. With just a tiny bit of assistance by more experienced people, she directed, storyboarded, animated, and painted this ending all by herself. Not bad for a relative newbie! And people still dare to say Pop Team Epic didn’t make humanity as a whole grow.

Great work as always. Was wondering if there’s anything more to that Yuki Komatsu story? You mentioned them getting shunned out of the industry, was curious if there was anything else that lead up to that or additional context besides the tracing over footage part.

Komatsu had originally shared a bunch of production materials for that scene, which he treated as experimentation. He was capable of drawing very realistic character acting in the first place, so that was pretty cohesive with his animation ethos to begin with – nowhere as good as his best work at the time, but it made a lot of sense for him to try it out. Fans didn’t care about any of that (which is perfectly fair) and instead began attacking him personally (which is very shitty!). He got fed up with it, deleted everything, and has changed professions. Still… Read more »

I see, that’s a real shame he was quite talented.

In the first paragraph you have, “While Ayano Hanesaki is meant to be the mean character” instead of “main character.”

Thanks for the breakdown. Liden Films is not a studio I had a high reputation for before but they really put together a great staff for this project. Hope they can keep it up!

Yeah… that’s why i usually don’t discriminate a anime before seen it by the name of the studio. Liden Films is really showing its best skills.

My favourites shots of this episode were definitly the one witch Nagisa and Ayano step on which other. And this shot right here from 00:36-00:39 https://www.sakugabooru.com/post/show/52011, it felt so natural and organic. I wonder if they have a conection…

I would like to see a post about drawing counts on anime episodes, that would be intersting enough

On a semi-related note I remember at one point that Hanna-Barbera once touted their series Fish Police as having more frames of animation in it than a Disney Afternoon show or The Simpsons. Sure it shows, but it also shows that sometimes frame count isn’t everything given how slow and mistimed Fish Police looks in comparison to most of those other shows it claimed to be “better” than.

I know this is about anime, but I just wanted to share that little tidbit.

“While Ayano Hanesaki is meant to be the main character, the emotional protagonist so far had by all means been Nagisa Aragaki.” That’s the biggest problem from swapping order of events and adding so much content to Nagisa’s character. Ayano, the actual protagonist, ended up getting sidelined. Can they fix this now? Do they even want to? I’m starting to think maybe they actually want to swap the main character role from Ayano to Nagisa. I hope I’m wrong, but I’m getting more and more disappointment with this adaptation. It looks great, but it’s not Ayano’s story anymore. Now it’s… Read more »

Where can I watch this? 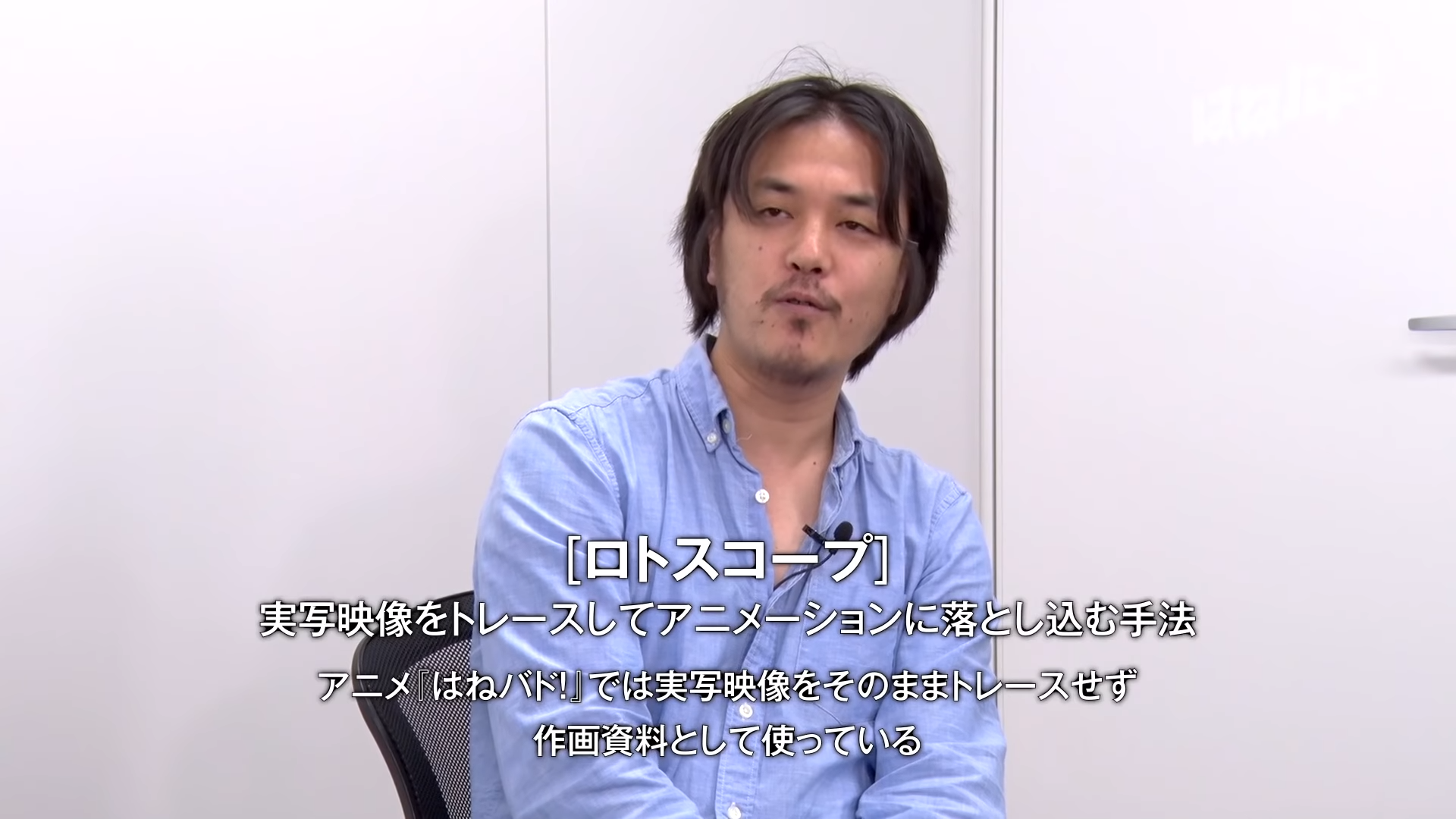