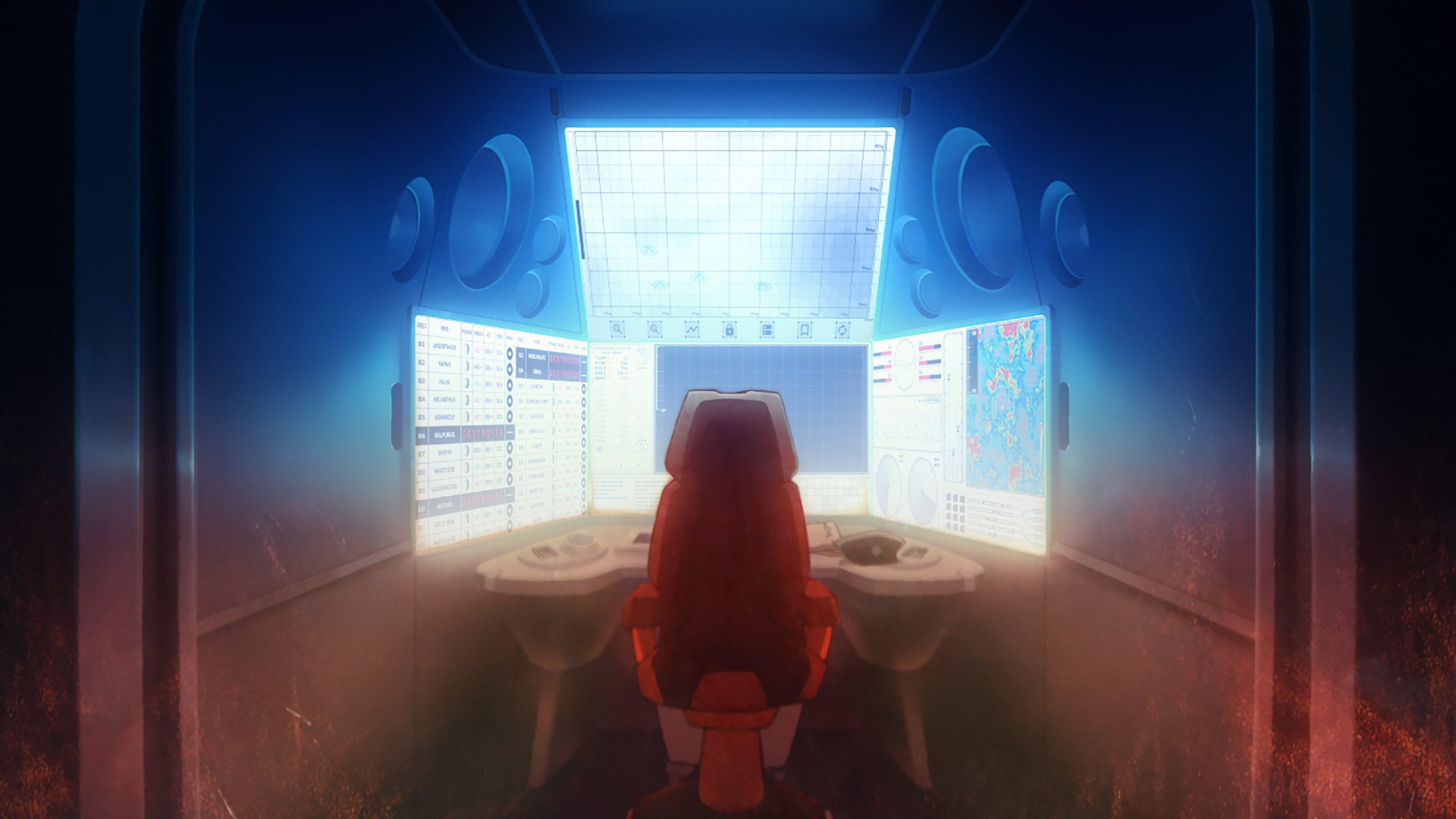 86: Eighty Six packs a fairly compelling war story with a surprisingly nuanced political message. And this is how its team is streamlining it and amplifying its impact, with direction that emphasizes perspective and tonal shifts to make you viscerally feel the inequality.

At this point I feel like I can spare everyone a lengthy introduction to 86: Eighty Six, its director Toshimasa Ishii, and the production circumstances he’s having to deal with; I’ve already written about them at length over here, so you can check that out if you want an even broader look at the project.

Long story short: Ishii might very well be the most brilliant episode director raised at A-1 Pictures, someone whose guidance of the audience’s eye and control of the tempo alone make for a transformative experience even when he doesn’t change the content he’s been entrusted with all that much. Those are useful skills to have in this situation, as his first TV anime happens to be an adaptation of a Dengeki Bunko hit that combines a fairly compelling war story with shades of WWII, and an actually sharp, elaborate political message. Most pop culture dealing with racism and fascism will be content with saying that those are bad while pinning the blame on some evil individuals, but 86 deals with ideas like the role of state propaganda in desensitizing civilians to such acts of cruelty, how the obsession with shallow liberal aesthetics can also be part of that process, and other fairly nuanced topics. While its handling of race isn’t always equally sharp, the series is densely packed with interesting ideas.

To add to the complications, the story switches back and forth between two diametrically opposed points of view. On the one hand we have Vladilena “Lena” Milize, a young major trying to oppose the Republic of San Magnolia’s dehumanizing regime from within, as she leads troops that her own country doesn’t even recognize as human beings. On the other hand we’ve got the Spearhead Squadron, one such unit in the frontlines known by their aptitude in battle, their recklessness, and their ability to break commanding officers like Lena. The setting, tone, and even the number of people involved in their respective sequences couldn’t be any more different, which makes it quite the challenge to thread together something that feels natural. So, what if you didn’t? 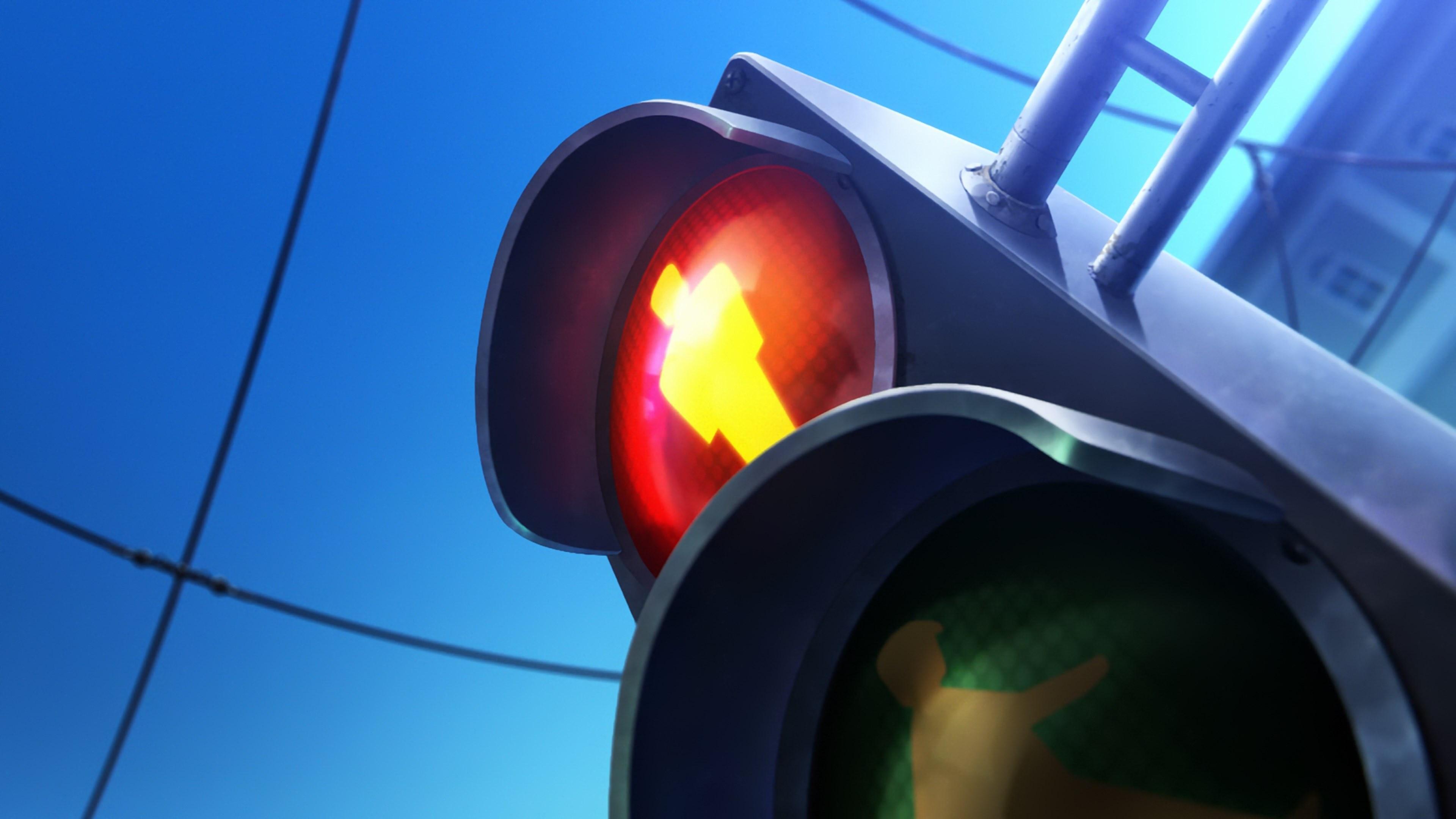 Ishii has always been the kind of director whose hand you can feel. The eye-catching match cuts and transitions he gained notoriety for are satisfying to watch, but they’re as opposed to naturalistic delivery as you can get. And when it comes to a series like 86, that fabricated feeling of contrast might be exactly what you need. Ishii’s storyboards for the first two episodes maintain the physical momentum as they suddenly switch gears, but revel in the sudden impact of the switch rather than trying to smooth it out, as that highlights the huge differences between the two different realities and tones of this story; hedonism versus a constant fight for survival, fun group dynamics interrupted by a reminder of how close to death they always are. Without narration as a crutch to expose the world’s inequality with as much detail as the source material, Ishii’s direction makes you feel that contrast viscerally, forcing you to pay attention to it with those smart sudden turns. This is exactly the kind of pointed direction a show like this needs, as far as I’m concerned.

In a way, the direction for the first episodes being that tight was almost a given. It’s a tricky job for sure, but one that plays to the series director’s strengths so directly that it’s no surprise he aced the job. What about the episodes he can’t storyboard himself, though? Episode #03 felt like a statement in that regard: the rest of the team are exactly on the same page, and they can do as good of a job if not even better than Ishii’s. The first person to tag in for him was storyboarder and episode director Ryo Ando, whom we’ve also talked about before. As a disciple of Takahiko Kyougoku (Land of the Lustrous, Love Live), Ando is well trained in direction with musicality that appeals directly to the senses. This also puts him in a good position for a show like 86, with its abrupt yet perfectly timed transitions that are meant to hit you hard.

Before we go through more specific examples of the exquisite direction in that third episode, it’s worth noting that its brilliance starts with the structure, meaning that series composer and scriptwriter Toshiya Ono—as well as Ishii, again—deserve part of the credit. The episode first takes us to the frontlines, though with the most relaxed atmosphere we’ve seen yet. While scenes like this play an obvious role in the grand scheme of things, I have to admit that their writing is absolutely the show at its weakest; levity is important, and they hardly become a real issue, but they’re trite and feel as if they belong to a different type of light novel. If this was the price to pay to get this story printed, though, it was well worth it.

Do you know what’s a good way to sell slightly flimsy material, though? A thorough animation effort to humanize the characters who participate in those scenes. Since the very start, the episode offers a non-stop barrage of character acting for every soldier in the unit—and their cat while they’re at it. Expressive body language, believable postures even in motion, and strong articulation of everyone’s movements during very resource-intensive crowd shots. For a production with limitations, this is some astonishing work, in spite of the rough edges in certain shots. Big kudos to animation director Kouichi Motomura, who thoroughly supervised this characterful first half of episode #03; impressive work in and of itself, and even more so when you consider that he’s contributed to every episode so far while also working on projects all over the industry.

After gradually ramping up the tension with snappy transitions and fast cutting like in the clips embedded above—Ando making Ishii proud there—the episode flips the script, in a smart move that quickly takes you back to the exact same conversation you’d just experienced. By removing all the visual context from the conversation, though, we get a taste of how clueless Lena actually is about the situation at the frontlines; she does mean well, but there’s a fundamental disconnect between their situations that she hasn’t fully grasped. This neat showcase of subjectivity in direction is delivered in a very interesting package too, as Ando opted to storyboard it as perhaps the longest uninterrupted shot I’ve ever seen in TV anime. Her constantly shifting reactions have a very different flavor to the barrage of acting animation in the first half of the episode, which was more focused on crowds and the articulation of postures. Again, the visuals highlight how opposed their circumstances are.

Lena’s cute reactions as she’s mindlessly sketching her interpretation of what’s going on at the other side are just the brief respite before the episode shift gears again. The lead-up to the ambush that ends with the death of one of the members of the squad is excellent, with more fast cutting to convey Lena’s panic and then an excellent fade into the ending sequence, where her bloody red command center feels more fitting than ever; the current opening and ending are actually just edited footage as the real ones likely contain big spoilers, meaning that this scene is effectively a repurposing of already repurposed footage.

The true meat of the episode, however, comes in the post-credits scene. The tension that had been accumulating in the background finally explodes as another member of the squadron lashes out at Lena’s superficial sympathy. Sure, she had been cordial with them unlike most other commanders, but that just made her a more polite oppressor. One who might not think that they’re subhuman, but who still works for the regime that has stripped them of all rights even if she professes to disagree with them, and who’s never looked inwards to consider how much of its racist doctrine she has internalized—after all, she had never even bothered to learn their real names. And this is where the actual genius of this episode’s delivery is made clear: it’s once again a lengthy fixed camera shot, which was earlier used to signify Lena’s cluelessness, that gets used for her wake-up call. A tear falls upward at the very end, bookending the episode that had started with the opposite trajectory. It’s only after addressing the fundamental unevenness of the field that 86 can truly start.

I’m sure that purists would have preferred an adaptation that crammed more of the light novel’s sharp writing into the anime in an overt manner, while also making the narrative move faster. And truth to be told, that might not have been so bad, since the source material is nuanced when it comes to its themes and pretty entertaining as a story. But at the same time, sitting through longer speeches just to rush to the next 3DCG setpiece wouldn’t have added much to the experience; it would simply be a good work that happened to be ported to this medium, rather than one translated into it in a way that’s mindful of its strengths and weaknesses.

The staff behind the show clearly agrees with that, hence why they’re going so far out of their way to capture the raw feeling of 86 with a strong emphasis on animation and cinema techniques, rather than just trying to replicate its content. It remains to be seen if the rest of the series will be as on-point as these three episodes that have acted as a prologue of sorts, but so far they’ve surpassed all my expectations.

Wonderful article as usual kvin (this one being a bit more special for me because I’ve greatly enjoyed the source material and the previous works of the young director piloting the adaptation). I was wondering about the assignment of Shōta Fujii as animation producer for the project however. Is it possible for production supervisors to choose the AniP for their respective projects? Joji Seita is one of those supervisors for 86 and for most of Fujii’s career he’s been either a PA or desk on almost every Seita project. So maybe it’s a case where Seita was too busy on… Read more »

Not sure about directly giving the job, but vouching for him sure sounds likely – you don’t get a project with high expectations like this while having essentially 0 experience on the big stage without someone up there being able to say that you can handle it. I hope it works out for them because it won’t be easy, and prioritization has done them no favors. For now, the directorial lineup is great (Kouno next!) at the very least.