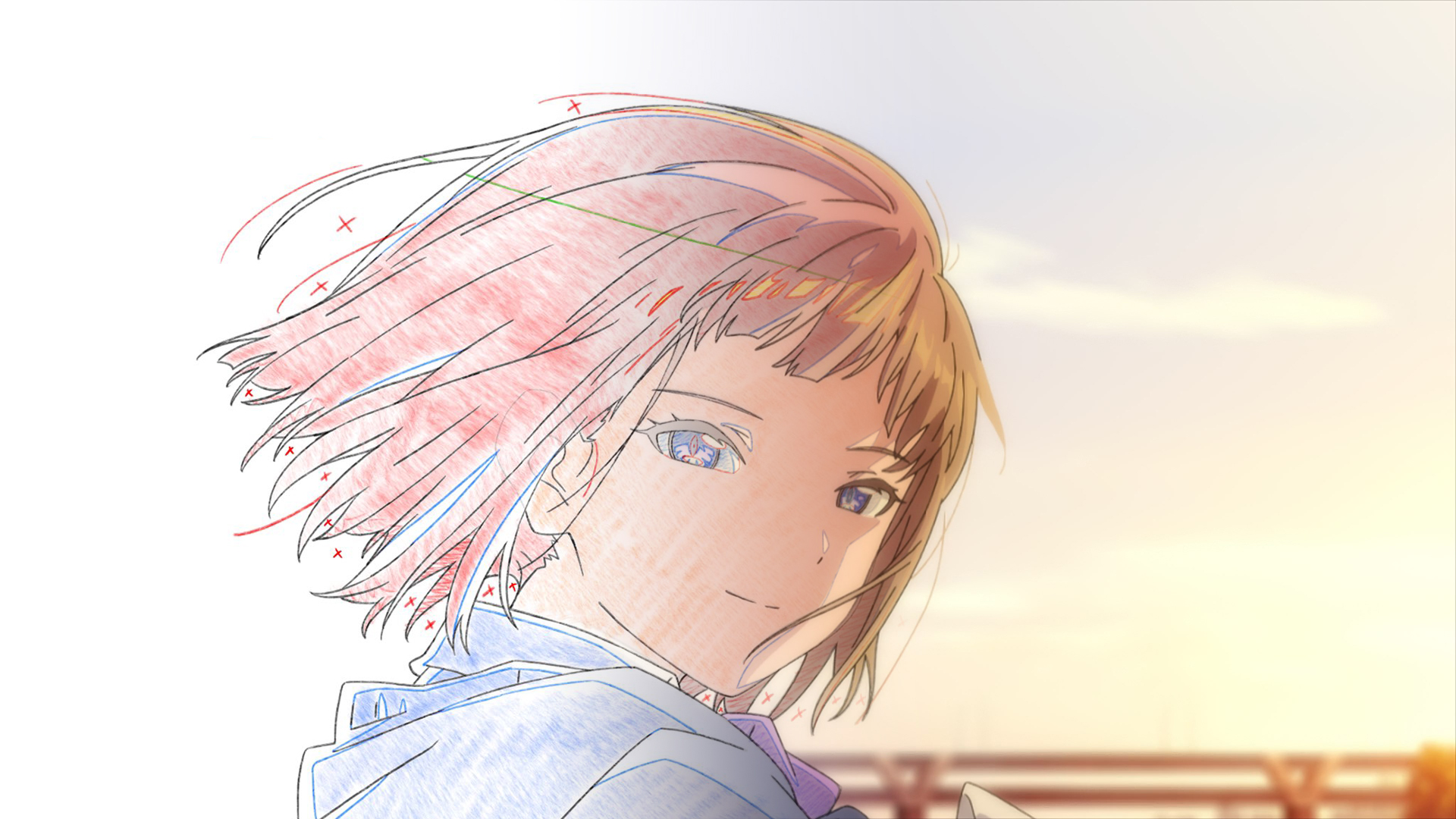 SSSS.Dynazenon #10 was an explosive showcase of young creative energy drawing the audience in and out of a stunning illusion, and at the same time, proof of how important it is to have the right environment for unique talent to bloom.

One of the major points of our latest piece covering SSSS.Dynazenon was that the show’s conversation with its predecessor runs much deeper than is apparent. Most returning viewers will likely spot all the superficial references in the setting and cast, but details like the fact that its animation production is structured to mirror SSSS.Gridman’s is a stroke of genius that you’ll easily miss if you don’t peek behind the scenes. This comes hand in hand with a set of themes that feels like Akira Amemiya and Keiichi Hasegawa’s answer to themselves, making their comments about Dynazenon being yet another welcoming starting points for newcomers to this franchise feel like an amusing stretch; technically true, because it’s an intriguing show on its own right with fundamentally sound narrative beats, but it clearly operates under the assumption that you’ve seen Gridman. Amemiya’s admission that he wants to both respond to expectations and screw with them rings truer with every passing episode.

This is once again relevant, as episode #10 revolves around a kaiju trapping our cast inside an illusion via breathtaking storyboarding and supervision by Kai Ikarashi—whom you might remember for his equally stunning storyboarding debut on Gridman #09, where he had a kaiju trap the show’s cast inside an illusion. This is not to say that they’re the exact same episode, as there’s a fundamental difference between the two incidents that feels in line with each show’s conflict. In Gridman, a show focused on a girl escaping her real-life issues into a world of her own making, the kaiju trapped everyone into completely fabricated What-Ifs. On paper, they were meant to tempt the heroes into her side by offering them their idealized aspirations… but her own desires clearly leaked into them, and as the oppressive layoutsLayouts (レイアウト): The drawings where animation is a... that followed her throughout the episode showed, she was the one truly trapped in a fantasy she started to really feel the weight of.

This time around, Dynazenon’s characters are thrown into their actual past, at pivotal positions of regrets they still hold. This offers them the possibility of a better outcome, but the episode constantly feels more rooted in reality, almost physically so. Yomogi suffers more severe injuries than ever by smashing his way through the boundaries of reality and illusion—Ikarashi really figured out how to make that more viscerally satisfying in-between the making of the two shows, the glass motif does wonders—and still keeps them once they’re back to the real world. The same goes for Koyomi, who now sports a scar quite similar to the one in Gauma’s face. Even Yume, who separated her ankhs right before stepping away from her sister, had to join them together once again after returning to the real world; a nice touch to signify a completely mended relationship.

This sense of reality is accentuated by Ikarashi’s animation supervision, which might sound like a weird idea if you take the wild angularity of his drawings at face value. Exaggeration is his game, he does love striking poses with protruding extremities, and both the timing and spacing of his animation never aim for realistic fluidity. And yet, he has an uncanny ability to make bodies come across as a genuine conjunction of different parts linked together, giving such sharp art a curiously organic feel when compared to anime’s usual softer but also way less responsive touch. With this, Ikarashi plays directly to the inherent abstraction of animation: you’re by definition abbreviating reality, and your audience’s eyes are trained to hold onto a suspension of disbelief, so why not test the limits and evoke some lifelike qualities with intense Kanada style animation? In short, that is how he got to turn Yomogi into the world’s realest, coolest, pointy wife guy.

If pulling this off sounds hard to you, I recommend you stop and consider that it’s actually extremely hard. Without even getting into the fact that this was only his second ever storyboardStoryboard (絵コンテ, ekonte): The blueprints of animati... More, since I’ve simply grown to accept that some people are unreasonable prodigies, nailing that unique approach to the animation while packing quite the story into 24 minutes was no easy feat. For the former, he didn’t even have as much external help as he did for Gridman; the staff this time around wasn’t as packed with distinguished guests, meaning that he had to rely more on crafty tactics such as animating an obscene number of cuts himself—bet no one’s thought of that one before. Fortunately for him, both the in-house regulars and the guests he did get did an excellent job too. A special mention has to go Ken “Leaf” Yamamoto, whose depiction of Koyomi’s What If might be the most stunning representation of that animation philosophy I’ve been talking about; and funnily enough, this is one of the scenes that feels like it got away with fewer animation corrections, so their styles are simply that compatible.

Even without that demanding approach to the animation that perfectly complements it, this would already have been a very tricky story to bring to life; and given how much work Ikarashi undertook himself, it seems like he’d agree. We’ve already gone over his through animation supervision—which actually included mechanical animation directionAnimation Direction (作画監督, sakuga kantoku): The arti... too, something only the anime’s website credited him for—as well as the copious amounts of key animationKey Animation (原画, genga): These artists draw the pivota... that he drew himself. There are of course his storyboards as well, which do a great job of literally putting you in the shoes of multiple characters facing their past.

Truth to be told, though, Ikarashi shaped the episode from a more fundamental level. Much like in Gridman #09, he contributed to the design work to make its illusory world his own, and this time around he also appears to have been given free rein to tweak the script as he saw fit, given his unusual credit for narrative assistance. The result is a perfectly cohesive experience, affecting on an emotional level, but also well realized when it comes to the more mechanical aspects of sound storytelling; the way it implies Yomogi spent at least an entire day beating himself up in limbo by making the kaiju appear in the morning and the final fight occur at night is one of the episode’s many great details.

As brilliant as Ikarashi has proved to be, I think it’s important to take yet another step back to appreciate what this show, this franchise, has managed to do. We all love to think that ingenuity and technical brilliance are rewarded, but that’s not always the case, especially when they manifest in non-standard form. To this day, people online still have their pitchforks out about episode #167 of Naruto Shippuden, which dared to get just a bit experimental during a climactic confrontation. People are of course free to hold whatever opinion they want about any stylistic shifts in anime, and there surely are those who hate what Ikarashi brings to the table for his episodes in this series, but it’s safe to say that he’s generally held in much higher regard than other unique stylistic showcases.

And why is that? On a concrete level, both Gridman and Dynazenon have been smart enough to deploy him in dream-like scenarios, where the audience is already more receptive to stylistic changes. Both episodes outright benefit from the feeling that something is off, so you could argue that even those who weren’t fully on board with Ikarashi’s flair were getting the exact right experience. And, perhaps more importantly, there’s an intangible that I keep coming back to with this franchise: its contagious enthusiasm for something that you may not even care about. Its creators haven’t hidden that it’s all propaganda for Gridman the Hyper Agent, a love letter to a relatively obscure 90s tokusatsu series that most anime viewers might never watch. But, whether you have experienced it or not, whether you catch the countless references to other titles in the genre, both Gridman and Dynazenon have an uncanny ability to draw you in and get you as excited as any veteran. In a way, the franchise’s greatest triumph is its ability to sell itself—so of course it’d also be capable of selling a wild newcomer’s style! 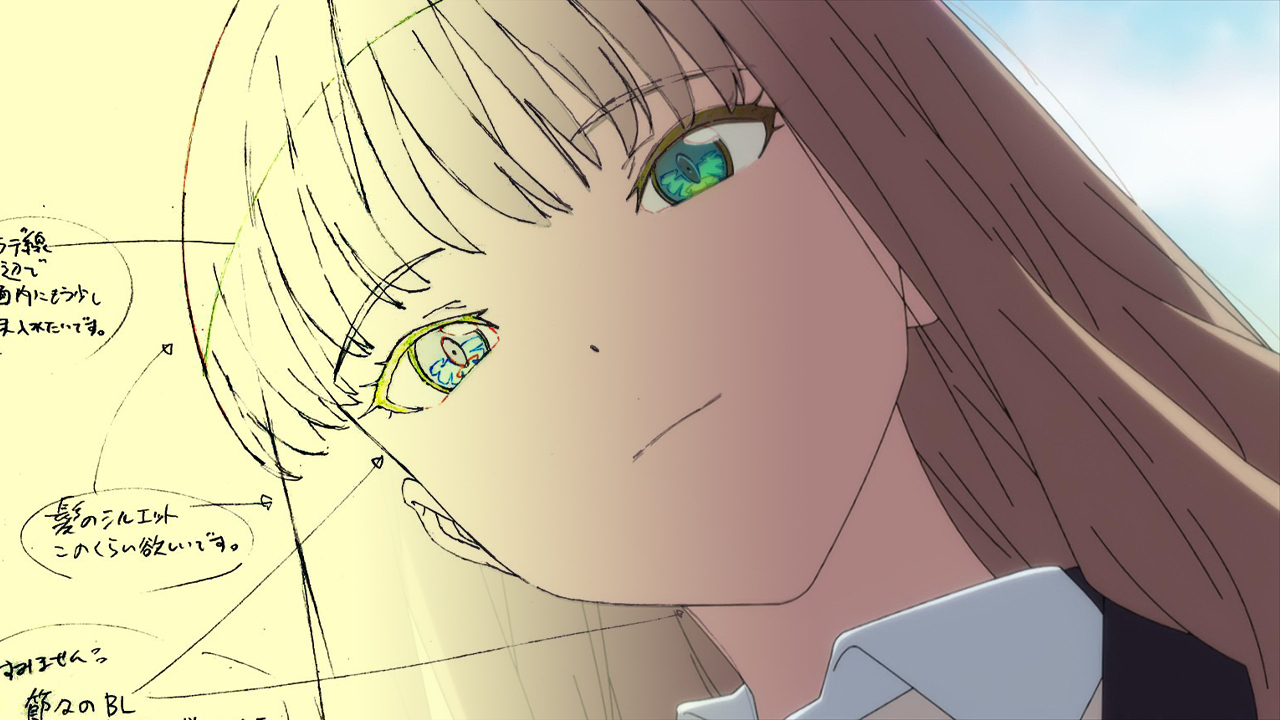 I also really liked when they choose to let Sakamoto do the corrections, It made those scenes that much more impactful. That still of Kano still gives me goosebumps.

Keita Nagahara next episode!
Interesting choice to choose an ex KyoAni animator for the penultimate episode, not a random choice I’m sure and might be a hint of its content.

You raise a good point with that: by giving Ikarashi control over nearly every single shot, the few ones where Sakamoto unleashed his more traditional beauty feel a lot more meaningful. The show really is good at modulating perception! And yeah, Nagahara’s going to be an interesting addition to the roster (and a more than acceptable replacement for Zono, who was busy trying to rescue a sinking production this time around.) He approaches it from a different angle, but he’s more than prepared to take up the challenge of a show with such a thick sense of atmosphere. Though then… Read more »

> A special mention has to go Ken “Leaf” Yamamoto, whose depiction of Yomogi’s What If might be the most stunning representation

Love the write up, thanks for all the insight!

Ooops you’re right, I didn’t let poor Koyomi even own up to his own regrets of the past. Fixed it!

Also I’m glad you enjoyed it, I actually left a bunch on the plate this time (mostly about Gauma and how his subplot relates to the enemy of the week from the original toku he’s based off) to have a lighter read for once.