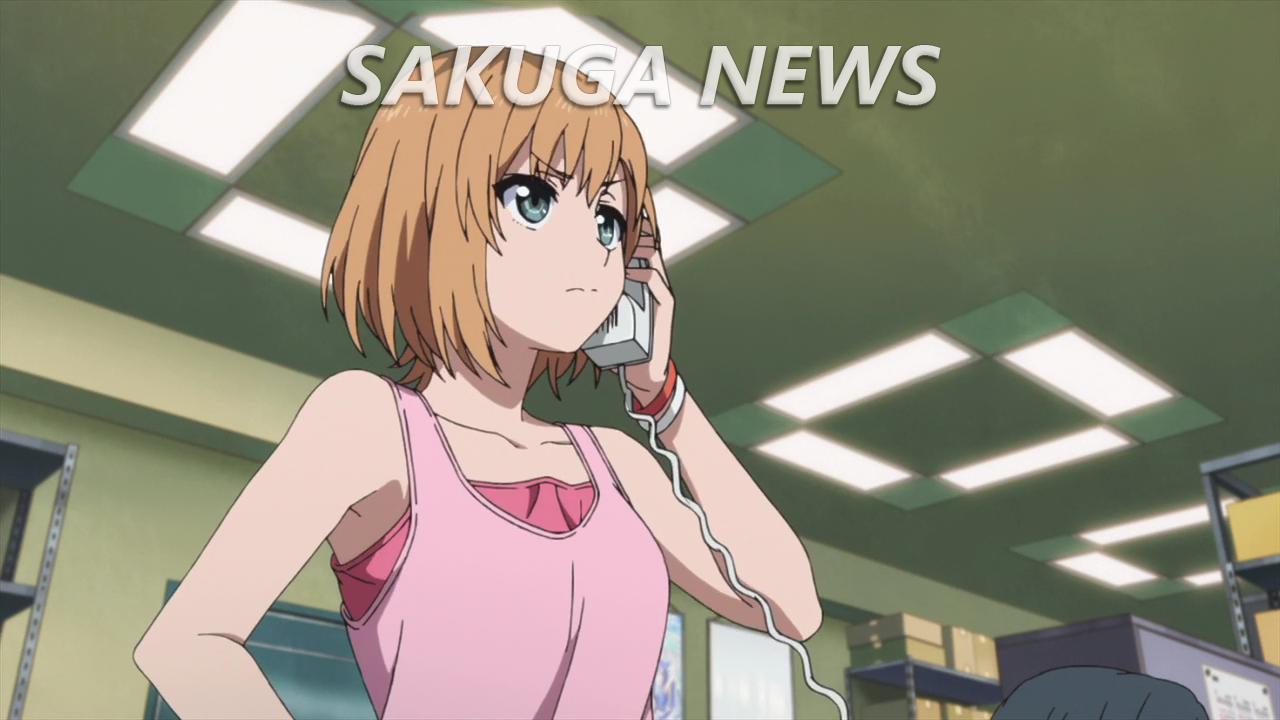 Today we bring you a compilation of recent developments within the anime industry that we deemed worth paying attention to. It mostly focuses on notable creators switching studios, but also also a sad case of an incredible animator quitting his job.

— Let’s begin with the least recent one to get it out of the way: Yuka Shibata appears to have left ufotable for good, halfway through Tales of Zestiria‘s production. While her actual roots are at Telecom, it was at Gainax where she matured as an artist, promising so much talent that she caught the eyes of people like Imaishi himself. Posed to become an important figure for the studio, she followed them to Trigger and was even in charge of idolmaster #17, thus becoming the first person to direct an episode produced by the new studio. Shortly after that she joined ufotable however, where she has served as animation director in plenty of their modern work. Her character design and chief animation directorChief Animation Director (総作画監督, Sou Sakuga Kantoku): Often an overall credit that tends to be in the hands of the character designer, though as of late messy projects with multiple Chief ADs have increased in number; moreso than the regular animation directors, their job is to ensure the characters look like they're supposed to. Consistency is their goal, which they will enforce as much as they want (and can). duties on Takayuki Hirao’s Majocco film are still her magnum opus. But that seems to have come to an end too, and she’s now doing freelance work and naturally orbitating towards ex-Gainax crew like herself; she storyboarded Little Witch Academia‘s opening and did some animation at Khara’s TV debut The Dragon Dentist. She’s an artist definitely worth following!

— Shouta Umehara departed from Dogakobo a couple weeks ago, and just today he announced he will be working on The idolmaster sideM anime, meaning that he has joined A-1 Pictures now. Umehara was a key figure in Dogakobo’s most impressive productions, as he’s a big fan of animation himself and always tried to go an extra mile when producing them. While lately he had been climbing the producer ranks, most of his repertoire was as production assistantProduction Assistant (制作進行, Seisaku Shinkou): Effectively the lowest ranking 'producer' role, and yet an essential cog in the system. They check and carry around the materials, and contact the dozens upon dozens of artists required to get an episode finished. Usually handling multiple episodes of the shows they're involved with. More; PAs are the cogs that keep this industry somehow functioning, and their very harsh job mostly relates to making sure everything within the episode they’re in charge of gets done in time. As you might imagine, that’s not a role that allows much creativeness…but some people like Umehara make it an art in and of itself, pulling the strings and getting their notable acquaintances to work for them. And when dealing with someone of his caliber, that can truly make a difference for a show. Sad news for Dogakobo without a doubt, but this will benefit (select episodes of) sideM for sure. Chances are that we’ll start seeing excellent Dogakobo-affiliated artists suddenly assisting A-1’s projects.

— While we’re on bad news for Dogakobo, here’s the actual tragedy: Nobuyuki Mitani is quitting the studio and anime altogether for the foreseeable future. His tweets had been hinting at it for quite a while, but it wasn’t until last month that he said his career would come to a stop and that he’d get rid of his online presence as well. The reason was never fully explicit, but it was a personal decision and he appeared to be struggling with depression. Mitani had been one of Dogakobo’s strongest animators for many years, not only through his skillful cartoony approach but also due to his inventiveness – he would come up with sequences like this that weren’t originally in the storyboardStoryboard (絵コンテ, ekonte): The blueprints of animation. A series of usually simple drawings serving as anime's visual script, drawn on special sheets with fields for the animation cut number, notes for the staff and the matching lines of dialogue. More. He’s been showing up fairly regularly on Gabriel Dropout, which will be his final project (for now?). Whether he decides to return to anime or not, we hope he finds happiness.

— And since I didn’t want to end up dark news, here’s something a bit more cheerful…at least for one of the parties involved. Takahiko Abiru is leaving MAPPA to join Studio WIT. He had been a Madhouse animator ever since the second season of Kaiji, and later followed that crew to MAPPA where he spent the last few years; his emotive announcement on Twitter bid goodbye to those producers he had worked with uninterruptedly since 2011. Abiru is a solid key animator, but it was his supervision work that made him stand out. He was an important factor in enabling Hunter x Hunter’s polish beyond what is expected of a long running series. His skill allowed him to gain the key staff’s trust, and he ended up handling some of the most important moments – memorable episodes like the King’s demise and the finale itself. It feels like his striking linework and action aptitude will make him compatible with most of WIT’s output, so this is a development worth paying attention to.

Was Abiru really at MAPPA? I always thought he went to studio VOLN.
http://web.archive.org/web/20160413102430/https:/twitter.com/mountful

He’s been contracted by both depending on the project depending on the project (went from Days to Idol Jihen for example). It effectively made no difference because all of VOLN’s work is coproductions with MAPPA, but I think at that point he moved the desk to VOLN because Ushio was his main project and that was mostly animated by the ex-HxH crew at the studio. The reason his departure was actually significant is because he’s sort of leaving that anime family. Switching desks wasn’t much of an issue with Madhouse/MAPPA/VOLN because he worked with the same people, but now he’s… Read more »