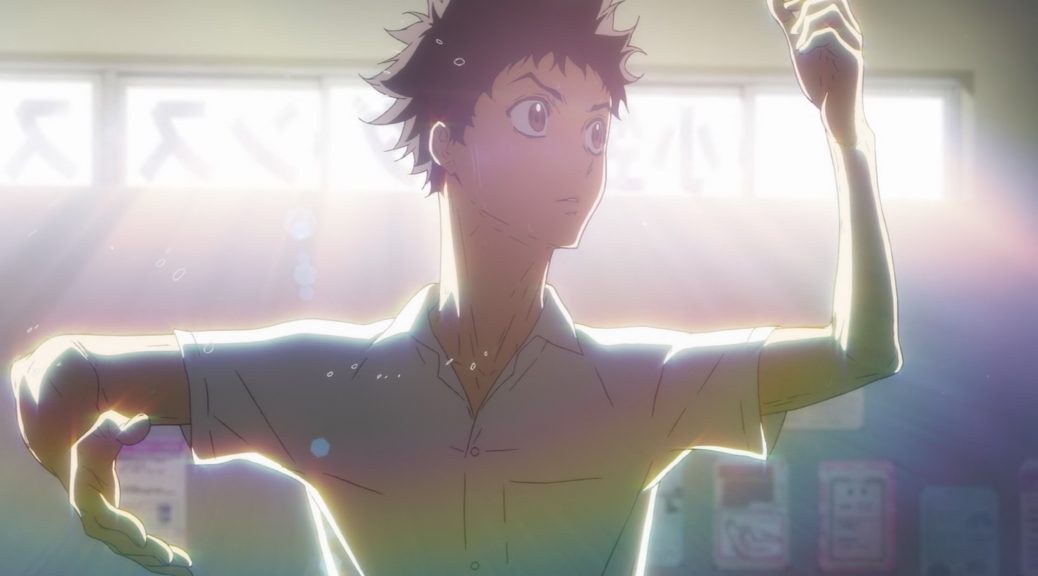 Production I.G’s veritable theatrical effort to bring this hotblooded dancing series to life has me very excited, but before tackling the series proper, we need to look at the studio’s modern history and how that has influenced this project. And with that out of the way, we can also look at the creators’ approach to this sport – having a crew who genuinely understands the power and range of animation is always a joy! And so, Welcome to the Ballroom!

With many memorable masterpieces under its belt and links with many fascinating creators, Production I.G is widely considered one of the strongest studios around. A recognition that they didn’t only earn, but did their best to maintain. Less fortunate industry legends like Gainax and Madhouse have eroded to the point that their current state no longer resembles their glorious brand in any way, shape, or form. Production I.G has actually managed to adapt to the changing landscape and even grow during this modern period, but that doesn’t mean they haven’t struggled; many of their animation producers have left, effectively halving the number of production lines, and there even was a period in the early 10s in which their TV output became surprisingly unpolished. The studio used to be split in 10 sections (a very elaborate in-joke to allow Section 9 to produce Ghost in the Shell anime), but that internal division might not even be in place anymore with so many inactive and dead departments. The situation could have gotten out of hand.

The reason I do consider them to still be one of the greatest is that they didn’t stay still and let it all crumble down. The key links with exceptional creators have been maintained. Its parent company I.G Port keeps betting on interesting initiatives (like Signal.MD, their digital experimentation studio uniting new and old talent) with Production I.G itself as the centerpiece, even when they’re not the ones producing the animation. Whether you’re a fan of the films or not, it’s easy to see that many of I.G’s theatrical projects still are very special productions; A Letter to Momo, Giovanni’s Island, and Miss Hokusai stand out in recent years. And if you look at their TV output, perhaps more relevant in this case, there’s a recent positive trend as well. Their renaissance of sorts is captained by the brilliant Keiko Matsushita, who had her debut as animation producer in Usagi Drop (2011). First linked to the studio’s Section 4 & 5, Matsushita is now the de facto leader of Production I.G’s big TV endeavors, and even some movies as well. In the end it’s the creators themselves who determine the quality of the work, but if they don’t have someone to assemble a solid crew and ensure a stable project, they don’t stand a chance to begin with. If you want to find out just how much of a difference someone like Matsushita can make, compare the general production values of Haikyuu! and Kuroko’s Basketball – both of them modern Production I.G sports TV anime, but on entirely different levels when it comes to the craft.

So, why start with a modern industry history lesson? The truth is that Welcome to the Ballroom is very proud of its roots, sharing immense aesthetic similarities to Haikyuu! in particular due to the massive staff overlap; this is obvious animation-wise since once again we have Takahiro Kishida designs supervised by Takahiro Chiba, but also with the comeback of the same art team. Given a clip with no context, fans would easily believe that it’s a piece of Haikyuu! footage with slightly more detailed character art and a bit of a giraffe neck complex. There’s nothing wrong with that – though I believe the mundane art direction holds back an otherwise pristine production – but I feel that it’s important to detail why these similarities are present in the first place, since it’s rare to see projects sharing DNA to this degree.

As much as I’d love to keep on talking about its creators – and don’t worry, I will – I believe it’s time to address the episode itself, or rather some of the criticism it has received. Amongst the massive hype wave, people seem to have overlooked an invariable truth: Welcome to the Ballroom is structured like a standard sports series that just happens to deal with a non-standard subject matter. In this first episode, the protagonist bruteforces his way through the early steps of practice via ridiculous perseverance and perhaps a bit of magical talent. I don’t feel like the series is particularly unrealistic (and I don’t have the tools to judge it to begin with), but I can assure fans that he’s going to spend most if not all the series struggling massively. And when it comes to the creators themselves, they’re invested enough in this that the director Yoshimi Itazu spent half a year learning to dance. That said, the idealization is very obvious, and most of the conflicts really will be (well-executed) stock material. I don’t know if people expected something different due to recent sports hits that are more openly a vessel for complex character writing, but the situation here won’t fundamentally change. This isn’t to say it has no space for nuance though, and if you’re alright with hot-blooded competition as the core, this should be a delight!

Moving onto the episode itself, Itazu’s storyboards were appropriate if unspectacular, only truly shining in his opening sequence focusing on reflections. Once you look at the animation itself though, Ballroom’s production strengths become apparent. It has inherited the best sense of physicality Haikyuu! displayed, with a more explicit focus on the form of the bodies; all dancing sequences, whether still or in motion, have featured evocative silhouettes at all times. In this regard I’m most attracted to the work of the genius animator Takashi Mukouda, who is acting as action animation director. His bodies immediately leave an impression, and once they move the spectacle is mesmerizing. There’s quite the contrast between his style and the Production I.G school of realistic, grounded animation that would otherwise dominate a series like this. Itazu trusting him, as well as the most expressionistic Haikyuu! ace Boya Liang as the other action leader, seems to mean that conveying strong feelings will be the greatest priority of the performances. Seeing how this production balances that unrestrained side with its also fascinating realistic animation is something I’m quite looking forward to.

As a fun sidenote, Mukouda is enough of a sakugaSakuga (作画): Technically drawing pictures but more specifically animation. Western fans have long since appropriated the word to refer to instances of particularly good animation, in the same way that a subset of Japanese fans do. Pretty integral to our sites' brand. star that he doesn’t really conform to standard production hierarchy anymore. He doesn’t like having his work corrected as any key animator’s could, to the point of apparently leaving the production of Mikagura after an animation director over there dared to do their work and touched his drawings. This might sound harsh, but he’s definitely earned his place at the top and can afford to act like that. Thankfully for him, his major supervision role in Ballroom means he won’t have to worry about people messing with his work!

Since the show’s staff are fairly generous with the information, it seems like I’ll be able to include a regular corner crediting plenty of particular cuts as well. Shingo Takenaka, officially the show’s main animator, earned the top Key AnimationKey Animation (原画, genga): These artists draw the pivotal moments within the animation, basically defining the motion without actually completing the cut. The anime industry is known for allowing these individual artists lots of room to express their own style. credit with his delicate and thorough (all that attention paid to the clothing folds!) work on scenes like Sengoku training Tatara. His TV career has been strongly tied to Keiko Matsushita’s, so it’s rather heartwarming to see his promotion in this project – he even drew the beautiful ending all by himself! Takayuki Uragami, who has been focusing on films but has ties to this crew, handled some beautiful excerpts of Shizuku practicing. Flashy Mukouda dancing aside, the other major highlight has to be the striking final scene key animated by Natsuko Shimizu. While still uncredited, I’m also curious about who drew the goofy sequence of Tatara slipping. Loose animation tends to be associated with comedic work, but that’s not always the case. Here it’s already been coded as both almost inhuman mastery with Mukouda’s dancing unrestricted by form, as well as amusing amateur screw-ups like in this case. Perhaps further episodes will give me an excuse to delve into that!

Lovely! Thanks for covering this anime as well! I really enjoyed all the subtle animation highlights from episode 1.

One of the most fun sports manga out there! When I was researching this series, I was certainly troubled by the amount of in-betweeners this series had on its first episode. Is it normal for 18 different studios and 68 in-betweeners to participate on a single episode (source: @RonSnow_0)? Oh, and some transitions on the dancing scenes from the opening reminded me that he worked on the Satoshi Kon movies, incredibly smooth!

You see that happen in projects that are animated over a long time and not inbetweened at the studio producing the series. They keep outsourcing small bits to whoever is available at the time, so you get outrageous lists like this. So in a way, it’s a good sign! Not to be confused with having many KA/2nd KA.

Also, Itazu was the person temporarily tasked with replacing Satoshi Kon to finish The Dreaming Machine so I suppose that feeling makes sense.

>(source: @RonSnow_0)
You made me smile for a second. Still, that thing is because the long production time that mentioned Kvin, if nothing is a good sign! Not a normal one, but a good one! Mahoujin Guru Guru also had a abnormaly long In-Betweener list!