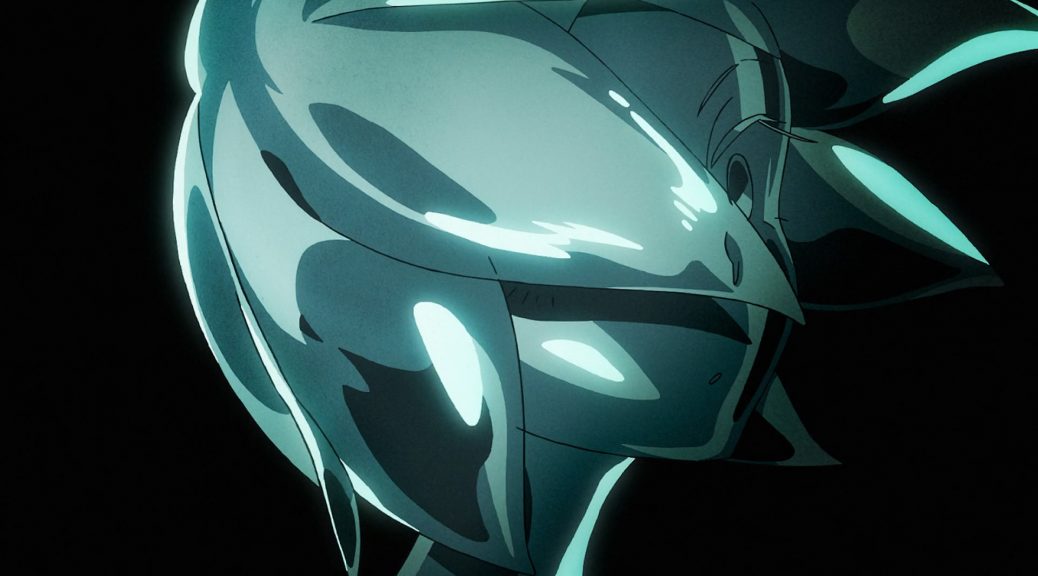 One of the most interesting young independent artists has made it to the professional industry in a major way, gaining notorious acclaim through her work in Land of the Lustrous in particular. We’re talking about the multitalented Yoko Kuno, whose enchanting style is bound to make waves in the world of anime. Today we’ll look at what makes her work so special, as well as the less well-known sides to her career that allowed her to get to this point. Because we’re not talking about someone with mere potential, she’s by all means already a star! 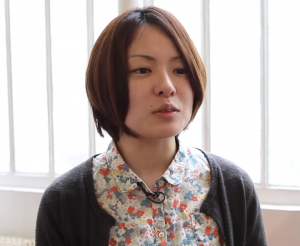 Japan’s independent animation scene is often treated as a gateway into the professional industry, despite being a perfectly legitimate avenue on its own right that many fascinating artists choose to remain in. That said, there’s no denying that anime studios and producers love to fish on that pond, particularly so when it comes to younger creators who still haven’t fully decided on their future. Such is the case of Yoko Kuno, who was shining so brightly on small projects that the industry didn’t hesitate to lure her in. I’m aware that this sounds like the beginning of a sad tale where corporate greed sanitizes an inventive mind, but her professional output in 2017 is nothing short of spectacular – becoming a quiet key player in the beloved Land of the Lustrous and the person responsible for the most unique self-contained work in the yearly Shin-chan movie isn’t something to scoff at!

Kuno studied at Tama Art University until 2012, immediately garnering attention worldwide since her graduation piece Airy Me went a bit viral. She had previously messaged pop singer Cuushe requesting to use her song as part of the short film, and then proceeded to provide over 3000 drawings herself to put together 5 minutes worth of animation. An obscenely ambitious endeavor, even more so considering that her constantly morphing vision was very technically demanding to begin with. The result is rough around the edges but palpably unsettling in the best of ways, genuinely trapping the viewer in that institution. The almost physical immersion into the piece is remarkable and gained her plenty of critical acknowledgement, to the point that it still gets selected among other brilliant indie work to showcase the possibilities of animation.

Cuushe herself was of course delighted with her work, which didn’t only capture the feel of her original song but even made her appreciate new aspects of her own music. The synergy was so strong that they’ve kept on collaborating throughout the years, both with Kuno drawing the cover art for her albums and even with another music video: the fantastic rotoscoping experimentation Spread. As short as that is, it encapsulates her style arguably better than anything else. Kuno’s fascination with infantile imagery – children, sparkles, toys, pastel colors and a general softness – meets her desire to venture into non-standard (albeit far from unique) animation paths, with a particular focus on rotoscope. The seamless switch from live action footage to massively stylized 2D art, which should be at odds with each other, stands as proof of her talent.

Prior to that music video, Kuno had already undertaken a large-scale rotoscope task: acting as the animation director on Shunji Iwai’s award-winning The Case of Hana & Alice (2015), a prequel to his own 2004 live action film. She was involved with the film’s production since the very beginning, which undoubtedly got her more used to operating under a realistic register throughout its production while working with its live action base. Although it’s essentially impossible for a movie like this to meet broad success, Hana & Alice found its audience and fully put Kuno under the spotlight; because of that, her role on the project and even her insight on the world of art, what’s it like to be a woman in the industry, her workflow and so on are documented in interviews like this – well worth watching if you understand French, since she clearly exposes her vision.

Because of her desire to express herself in a multitude of ways I don’t think we’ll ever see Kuno sticking to a single avenue, hence why you can still find her drawings comics and providing animation to fields beyond the standard anime space. That being said, at this point it’s obvious that her progression within the industry is unstoppable: she’s needed no time whatsoever to earn everyone’s trust and admiration, plus she’s shown interest in the possibilities of professional anime production. This year she’s participated in two major projects that showcase her versatility. Her contribution to Shin-chan: Invasion!! Alien Shiriri speaks of those aesthetic preferences of hers that we’ve been going through here, as well as her skill as an animator. She was in charge of the design work for the most adorable extraterrestrial ass being you’ll ever come across, plus she got to animate a gorgeous scene that contains all her child-like wonder. On the other hand, Land of the Lustrous taps into her potential as a director. She’s part of the very small crew of directors – 3 people plus Takahiko Kyougoku as the chief – and although she’s the newcomer learning the ropes, her output is notable as well. Kuno is studying under the veteran Shinichi Matsumi by acting as his assistant director, and the work they’re putting together rightfully belongs in such a fantastic show; within a series with immense emotional heights, a lighthearted moment like this managed to stand out just as much through simple, brilliant tempo.

Kuno’s most notable contribution to Land of the Lustrous has got to be its beautiful ending, however. It’s very much her baby, since she storyboarded, directed, provided a big chunk of the animation, and drew the striking cover art while she was at it. The sequence skews closer to Haruko Ichikawa’s original manga, not just on an aesthetic level but through its exact atmosphere that she did her best to capture. The focus is obviously on the dynamic between Phos and Cinnabar, both serving as each other’s goal but always struggling to reach the other. That relationship is at the very core of the series, but since it eventually reaches the point where important dramatic events happen one after the other, the ending has the tricky role to remind the viewer just how integral Cinnabar is to this tale. And that it does, in a way that feels as if the comic came alive. For someone with such a clear style, Kuno’s adaptability is well beyond her age.

At the age of 27, Yoko Kuno’s possibilities are endless. She has the design sense to come up with fantastic worlds and characters for other people’s works, ambition to grow as a director, the understanding of animation to blossom in this field, and most importantly, the desire to achieve all of that and then more. She’s without a doubt a creator to keep an eye on, whether your interests are confined to anime or not.

Excellent read, Positive site, where did u come up with the information on this posting? I have read a few of the articles on your website now, and I really like your style. Thanks a million and please keep up the effective work.

Hey! I am so happy to read this article. I listen to Cuushe a lot and was recently re-listening to her album “Butterfly Case” when I realized that the illustrations for the album complimented the general narcotic and dreamy mood that Cuushe’s music emulates. This led me to discover Yoko Kuno and this article! You were so very right when you said that she has the design sense to come up with fantastic worlds. I was checking her portfolio and found out that after 2017 she’s done designs for Penguin Highway and also drawn for Beastars: https://youtu.be/CFatDoql4Sg I loved both… Read more »