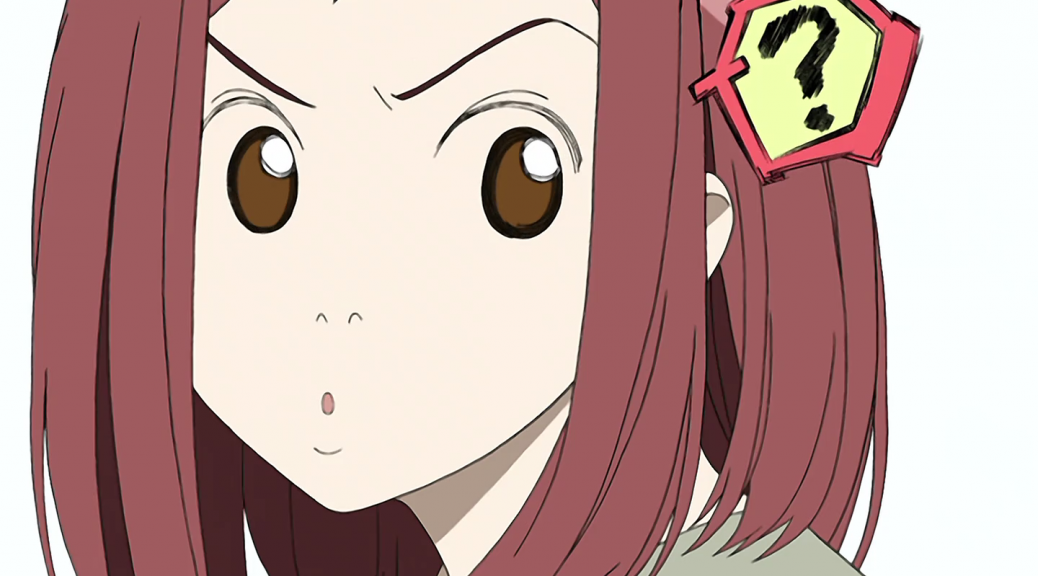 It’s time to answer another batch of anime industry inquiries sent by our supporters. We’ve got interesting questions to address, like what do anime creators do when they take a break from the industry, as well as the contractual relationships between animators/studio and the usage of 2D animation in 3D projects.

— Sometimes, animators and directors seem to disappear for a long time. How do they subsist while they don’t do anime work?

Kevin: This is going to be a full-length post on its own at some point, since there are enough interesting instances to justify a more in-depth look. The short version is that there are as many answers as there are individual cases. For example, there are many creators people assume have disappeared but are still actively working on something; ending credits, as well as messages on social media sometimes, are basically the only means for fans to check what their favorite artists have been doing. And as insightful as those can be, they obviously don’t cover everything – non-standard roles and long-term projects in particular can get overlooked because of that.

And as for genuine breaks from the industry, those come in many flavors as well. Some people use their artistic skills to make some money as illustrators, and if you’re talented enough you can even work as a teacher (like the living legend Shinya Ohira does). To avoid burning out there are some animators who decide to take standard jobs for a period of time, and others simply go on well-earned vacations; animators from a certain messy project that just finished tweeted that they were going to take a summer holiday to recover from the experience. Anime directors aren’t exactly living luxurious lives, but in their case they might have an easier times with breaks like that if they secured royalties on a project. As you can see, it really depends!

— When you say that an animator has “joined” such-and-such studio, what exactly does that entail? My understanding is that most animators, outside of those working for a couple of specific studios like Kyoto Animation, or specific really high profile guys like Yutaka Nakamura, are freelance. But every now and then we hear news, like just recently with Takahiko Abiru and Shouta Umehara, that they have joined a particular studio. Does this mean they are no longer freelance? Or that they are getting paid a salary? Is this a more stable and permanent job move? Or is this just another way to say that they’re just working on a project there for the time being? I’ve also noticed that there are people who are very often associated with the same studio. Like people who are considered Trigger animators or Dogakobo animators, for example. Are these full-time positions that are being officially filled, or are they still technically freelance, but just happen to work with the same studio the majority of the time. Thanks as always!

Liborek: Simply put, it wildly differs depending on the situation. First of all, you’re right about most animators being freelancers; according to NHK’s recent program highlighting the problems with anime, which included JANiCA’s data, only around 15% of industry members are full-time employees. More often than not then, when you see an animator mentioning that they’re working for a certain studio it means they’re simply doing freelance work there. It can be key animation for a single episode, but also a bigger role like a recuring main animator. In that case, the animator is usually tied to that particular project through a longer term contract. Those can even have exclusivity clauses attached, causing them to stay uncredited on other projects they work in the meantime. You also find animators who are indefinitely employed by a studio but remunerated solely depending on their output. That offers them some extra insurance, but kinda renders the point of employment moot. Same applies to the animation directors, although they get to be actually employed more often. So in Abiru’s case, he seems to have officially joined WIT Studio and is now employed by them. Similarly, Shinichi Kurita joined studio NUT and Keisuke Kojima moved to studio Revoroot recently.

It’s quite different with producer-type jobs like Umehara’s. Production assistant is a role that entails exclusive dedication for one studio, sacrificing all your working time there (plus overtimes of course). Most studios recruit production assistants as full-time employees with actual salaries, usually aiming at fresh high school/college graduates due to the nature of the job. There are some exceptions where studios specifically seek experienced production assistants or production desks, though that only tends to happen when ongoing projects are in genuine need of help. For cases like this, freelance production assistants come into the game, but they are much fewer in numbers than the employed ones. Whether the contract leads to them joining the company after the project wraps up depends on both involved parties. Shouta Umehara left Dogakobo shortly after he was promoted to animation producer there, and then joined A-1 Pictures as a standard (albeit experienced) production assistant. It’s an extremely rare case, but A-1 gained a lot from it as Umehara’s connections are priceless.

As for your final remark about animators working regularly for a certain studio, they can be either be employed or just on good terms with the company’s production staff, thus regularly hired as freelancers.

— I watched the first episode of Kado: The Right Answer, the new and first “CGI” Toei show and I’m really confused in regards to something. I remember the show being talked in flyers as (as I expressed before) the first CGI show Toei Animation has done, but for some reason the only noticeable thing being done in CGI are the main characters, all the other people from the show are hand-drawn, and they even make both coexist in shots at the same time despite how jarring it can be. Do you have any idea why they decided to do things this way? And more weird is the fact that Episode 0 of Kado was all hand-drawn until the last 2 mins. It really baffles me.

Kevin: You’re right about KADO being promoted as Toei’s first full 3DCG TV series, but even before that they actually listed it as a theatrical project. Toei Animation work changing formats is an amusing topic I might cover someday, but the point is that it’s an even weirder production than you thought. In a recent interview they frankly stated that the 2D elements exist in an attempt to cut costs, which ties to a truth about anime’s current 3DCG that many fans aren’t aware of; as things are right now, it’s still much more efficient to draw background and non-recurring characters than modeling them, as long as you don’t simply reuse assets. It’s yet another exception to the assumption that CGi is by definition a cheaper and easier method. And to be honest, I don’t think they were being particularly stingy. As a movie turned TV show, they suddenly had to produce a lot more of footage than initially expected, so I understand their attempts to lessen the damage. And as awkward as that might look sometimes, the show also had some genuine 2D highlights in ryochimo‘s episodes. In the end, KADO was an excuse to further digital anime production disguised as a show. I’m very curious about their next initiative along these lines.

— I understand (assuming my knowledge is correct) that most animators still work using pencil and paper, but scanners/printers are a thing (everything ends up getting scanned anyway for coloring). I don’t imagine that a digital system would ever replace a manual one (working in video editing even we’d have to deliver and collect hard drives from time to time) but it seems like it would a very useful tools that’d at the very least save the poor PAs having to drive everywhere to pickup or deliver something that could easily be scanned and emailed or uploaded to a cloud service (there’s also advantages when working with people who prefer to animate digitally, among other things). Anyways just a curious thought.

Liborek: This ties back to something we talked about last time: scanning needs to be a careful process to ensure every line is picked up properly, and key animators can’t always ensure that with the hardware they may or may not have. And even if they did, burdening them with extra tasks isn’t exactly desirable. It’s not as if the production crew isn’t overworked (many misunderstandings about industry problems stem from them only being framed as “animator’s struggles”), but this is more their responsibility than the animator’s. Production assistants are required to have a driving license, and it’s explicitly part of their job to contact the animators and pick up their work if they’re working from home. Studios then possess high-end machinery to scan the key drawings at the required DPI. If this goes wrong, they’re also going to be the ones getting the blame. You’re right about this not being efficient, but it’s a lesser evil! This problem is often bypassed by freelancers physically staying at the studio that is currently giving them work, but otherwise I don’t think anyone will convince animators to spend time scanning hundreds of drawings and then uploading those big files to a cloud service.

Regarding the last question/answer; in everything related to digital animation production compositing, with also various musings about the tools used and information about techniques plus future trends, the personal blog of Production I.G’s Hisashi Ezura (made famous by his ‘superlivemation’ process, which coined the “Ezura magic” term given by his peers) is a mine full of wisdom nuggets. For example, in one of the posts he precisely talks about animation sheets scanning and how the standard procedure on usual A4 at the time was to create moderately sized files generated through an optical resolution between 150 and 200 DPI (http://log.ezura.asia/?eid=549),… Read more »

How important are disc sales for anime?
Here in Brazil, exist a blog that claim disc salles are the most important thing for animes, that blog has a chart for salles
3000- salles the anime is not getting a second season
above 3000 units per vol the anime are a sucess
is this true? dvd/bd are important ?