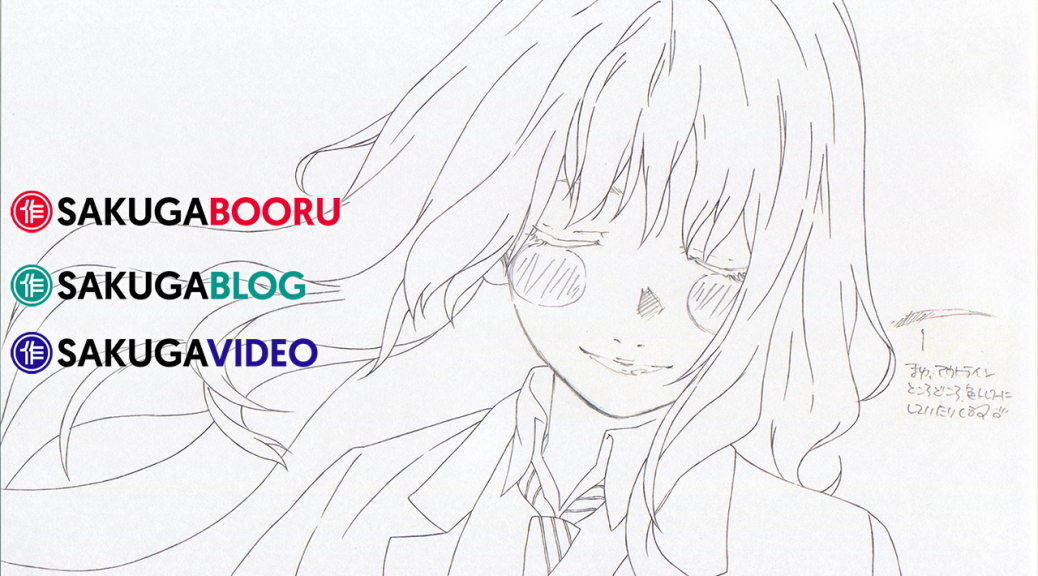 We’re celebrating our anniversary – Sakugabooru’s fourth and this blog’s first – with some huge news about our future!

I’ll spare you the history of Sakugabooru, which as you might be already aware started simply as a joke. Four years later we’ve become a helpful resource for fans (or so we hope) as well as a tool for both industry members and aspiring artists. That couldn’t make us happier…but we want more, of course. We’re perfectly aware of the limitations of the material we’ve been putting out, particularly in this blog. There are only so many people willing to read long-form writing on animation, even as we try to keep it accessible; whenever we look at the gap between the visitors the Sakugabooru and Sakuga Blog receive, that couldn’t be more obvious. This doesn’t mean we’re going to stop what we’ve been doing, of course. We know our supporters value it, and feel there’s worth to everything we’ve been doing. So rather than change, let’s add. These are our new plans:

Will we be able to do all of this on top of the existing regular content? Yes, but not without your help. This is a daunting workload, and straight up increases our monetary costs as well. And so we’ve set a new Patreon goal to be able to justify what would be, at least personally, basically a full-time job at this point. The Sakuga Video service in particular is a big deal, as you can imagine. We’ve had to hire new people, like the mysterious celebrity bitmap who’s done all the new graphic design work and even voiced the first Sakuga Video piece. While the other new initiatives we could more or less deal with, that’s absolutely unsustainable as it is. And so we’ve produced a couple of videos, with perhaps a third following them up, to test the waters. If we reach the Patreon goal we’ll carry on, but otherwise we sadly might have to drop that platform. So please, support us as much as you can! Thanks to everyone who already has been doing so, you’re the ones who have made it possible for us to reach this anniversary in the first place.

Curious what kind of “renewal” would be taking place with the booru if that ends up happening.
Are you thinking about moving entirely away from the danbooru platform, or whatever?

Our relationship with the moeboruu software the site runs on is outright hatred, somehow tolerated because It Just Works. There are many potential improvements we’ve been talking about but I’d rather not say too much!

It’s like seeing your child age, I’m happy but suddenly I feel so old.

A number of baseball blogs do livechats using JotCast. I know it allows youtube videos and images as well allows questions to be queued for you to curate. I think it’s a decent format for questions that need less research/text than the current Q&A posts. I believe they can also transfer the chats into a blog post as well. JotCast seems pretty pricey though, so if you do go that route, it may be better to look for an alternative.