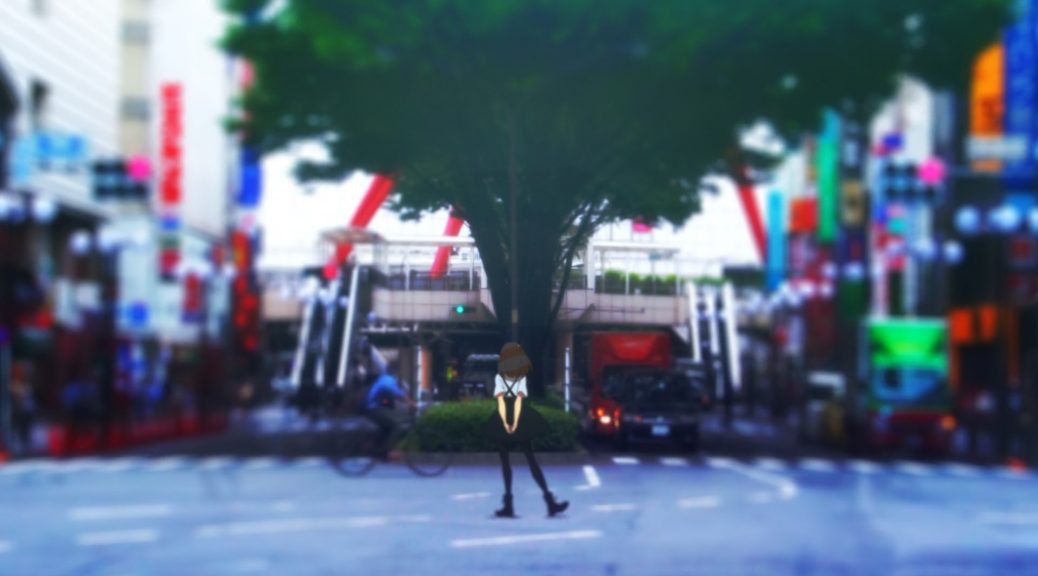 Our series highlighting the work of the most promising young anime creators returns with someone you might unknowingly be acquainted with: Naoki Yoshibe, the director behind fantastic openings for Jojo’s Bizarre Adventures and Gatchaman Crowds, who also happens to be behind the yotube persona who keeps on making his effects animation clips go viral online. Prepare for an in-depth look at an artist who truly deserves it! 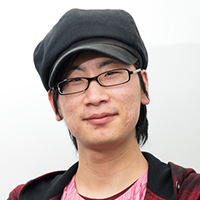 If you’re active in social media and follow people with any interest whatsoever in animation, chances are that you’re already acquainted with Naoki Yoshibe’s work. Even if you aren’t aware of the artist behind the yotube persona, his tweets make the rounds so often that it would actually be harder to miss his presence. That’s no coincidence, since the virality of Yoshibe’s animation is second to none – and I mean that in the best way possible! His clips are easily digestible, have enchanting flow, and generally possess a surprising degree of character even when they’re nothing but effects. Considering how he’s branched out as a director and has already penned some fan-favorite sequences, a look at his career and the style that has enabled all his young success is entirely deserved.

Yoshibe graduated from Kougei, the Tokyo Polytechnic University, back in 2007. He studied under the same animation course that the brilliant Wataru Uekusa went through before undertaking the GEIDAI program, meaning that they’ve had multiple diamonds in the rough in their hands. Yoshibe’s graduation piece Around the World! is a hectic summary of his style: movement over form, and stylization of all elements until they’re composed of simple, angular shapes – essentially turning even characters and the world itself into effects. With time he’s been embracing more digital mannerisms and generally increasing the fluidity of his work, but the same fundamentals remain.

After wrapping up his studies and presumably training as an inbetweener at Dogakobo, he went on to work as a freelancer. Against the norm, though not for the first time in this series, his industry debut was actually as key animator on Zettai Karen Children #37, an incredible sakugaSakuga (作画): Technically drawing pictures but more specifically animation. Western fans have long since appropriated the word to refer to instances of particularly good animation, in the same way that a subset of Japanese fans do. Pretty integral to our sites' brand. festival commanded by a Hiroshi “ahoboy” Ikehata at his peak. Following Ikehata’s usual approach, he trusted very young artists with immense potential like Yoshibe himself, Yoshimichi Kameda, Hironori Tanaka, Hokuto Sakiyama… Looking back on it now and considering how many of them have gone on to become industry pillars, it’s clear that Ikehata has always had an excellent eye. At the same time, more experienced stars like Hisao Yokobori and Hiroki Mutaguchi also participated, so that the newbies didn’t have to carry the whole load. So while this isn’t a personal highlight for Yoshibe, starting off with right about the best the industry can offer was a formative experience without a doubt.

He spent the next few years honing his skills and evolving as a digital animator, and come 2011, he had the chance to join the studio that had the greatest impact on his oeuvre: Kamikaze Douga. He proved his talent with tasks like drawing 2D effects and animating the logo for Dragon Quest’s 25th anniversary release for the Wii, impressing his superiors to the point that they immediately gave him directional work. He was the unit director for the first opening of Jojo, was promoted to its sole director and 2D animator for the second one, and returned to handle the first Stardust Crusaders intro. Yoshibe was integral to the style that made them stand out so much – unashamedly 3D models that somehow fit perfectly alongside the stylized 2D effects he specializes in, and more flat elements that even dared to mimic the manga. His second sequence used its pop aesthetic, with a plethora of colors and textures meant to capture the liveliness of its US/Italy/Mexico setting, as a unifying thread for its disparate elements. The staff coined the expression Yoshibe Festival to refer to the expression work of his 2D art in that sequence; a behind the scenes look thanks to CGWorld allowed us to see all the steps behind his striking shot of Wham’s Divine Sandstorm – from the pencil rough meant to make him look menacing to the watercolor-like layers to increase the analog feel, the various stylized digital effects, the combination of them all, and then finally the busy yet still easy to parse final product.

The aspect that enamored fans of Kamikaze Douga’s work the most was their ability to combine different types of craft; not only did they blend 2D and 3D alike (without placing either in a submissive position), they also incorporated other approaches. Yoshibe, who embodied this mentality the best, took it a step further when he directed Gatchaman Crowds’ memorable openings. The Gatchaman become actual heroes of the people as they’re placed over footage of the real world, with just the right amount of aggressive postprocessing to make it work. While maintaining the same feel, his intro for the sequel Gatchaman Crowds Insight had a generally cleaner aesthetic, with more motion graphics, flat shapes, and even cartoon cutouts placed on the streets to create some curious stop-motion sequences. At this point he had already fully developed his 2DFX style, so it’s no surprise that he used brief effects cuts (perfectly blended with those motion graphics) to glue it all together. It’s no wonder that a director as inventive as Kenji Nakamura repeatedly trusted Yoshibe, as an artist who doesn’t see animation as requiring a secluded set of tools.

So, what came after that? Yoshibe still contributed to other works at the studio, for example having a major role on Tsukikage no Tokio – a collaboration between Kamikaze Douga and Suda51 for Animator Expo that is exactly as weird as you’re imagining. He also did some animation for Wooser’s last opening…and that’s it really, since he left the studio after 2015. To understand how he’s kept progressing after becoming freelance, it’s worth noting that even while the studio was his main job, he still kept other avenues alive. Yoshibe’s independent work has always been plentiful, since music videos and commercials are the perfect canvas for an artist like him; his attractive style doesn’t need long-form pieces to stand out, and his personal preferences as an animator mean that not even characters are required for him to express himself. And in an industry with massive issues when it comes to remuneration like anime, we can’t overlook the fact that these pay comparatively much better (commercials in particular!). It’s no wonder that he followed the same path as rapparu and Masanobu Hiraoka, another two excellent creators that I’d love to come back to as examples of indie animators basing their career on roles that aren’t quite within the industry. Yoshibe’s case isn’t as extreme, so he mixes it up with some appearances within TV anime. He’s shown up on big productions like Attack on Titan, but generally gravitates around sakugaSakuga (作画): Technically drawing pictures but more specifically animation. Western fans have long since appropriated the word to refer to instances of particularly good animation, in the same way that a subset of Japanese fans do. Pretty integral to our sites' brand. festivals with youngsters like him, even moreso those characterized by digital animation. His appearances are scarce, but he makes the best out of them!

I’d like to wrap this overview of his work with the final point that I believe defines him as an artist: the instructive intent. When it comes to advancing tech in art there are multiple avenues in which to contribute; some people like Ryo-chimo have moved towards pure technological innovation, directors like Shingo Yamashita try to refine tools and find them new artistic applications, whereas others are content with helping people become more acquainted with new techniques. Those aren’t mutually exclusive of course (yama and Kutsuna have their own self-published book), but Yoshibe’s focus when it comes to this is clearly on the teaching aspect. You’ll often see him on twitter sharing the making process of the clips he posts, so it was no surprise to see his Short Animation Making Course – an extensive tutorial following his process on CLIP STUDIO PAINT – being released in book form. His animation always was inspirational for other young artists, but ever since this was made available I’ve lost count of the animators on either side of the pond reaching out to him expressing their gratitude and how much they’ve been inspired by him. Even if you disregard his personal work as a director and animator, Yoshibe would still be a positive force for animation worldwide because of moments like this. I would love for him to start showing up on regular anime more often, especially as an opening director, but his mere existence does anime a favor. We should be thankful!

Between his collabs along Kamikaze Douga (work in GASOLINE MASK included) and AC-bu too, Mr. Yoshibe sure knows how to party with the most bizarrely creative circles around. Cool guy! But having said that, I still remember this bait, sadly:

And I fell for it… so one has to wonder; did he have some inside info? Was he working on it as well? Or was Mr. Yoshibe simply a fan as eager as everyone else anticipating its final release? And, is Mr. Uki going for a new 8 YEARS HAND-DRAWN record?

WHERE IS CENCOROLL2, Aniplex Inc.?

I can’t blame you for falling for it and believing in Cencoroll 2, because we all did multiple times. I gave up after last year’s AnimeJapan, when Aniplex listed it amongst the featured titles and then did nothing with it…though if there was any other new hint I’d jump at it again 🙁