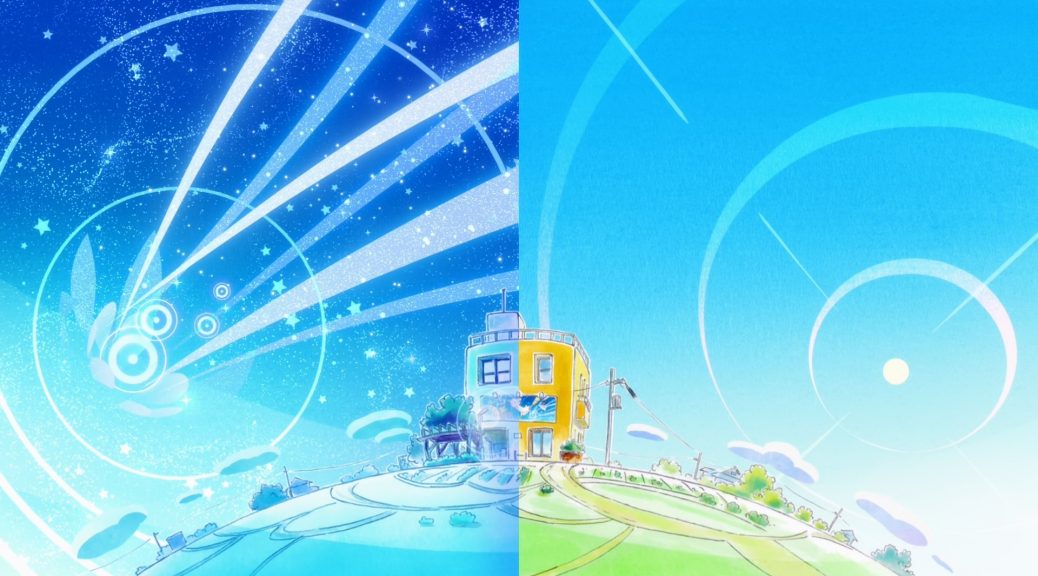 To bring closure to this special week of KyoAni posts, we’ve recapped how they’ve reacted since the arson attack one year ago: their firm decision to double down on all the positive aspects that had made them so special, the rebuilding moves they’ve already done, and what’s coming for the studio in the future.

Over the last few days, we’ve highlighted different aspects of Kyoto Animation. Their work conditions and the atmosphere at the studio, their decades of commitment to raising new talent, the existence of multiple branches featuring the most complete in-house pipeline in the industry, and of course the cohesive vision derived from it all—they may all seem like disconnected topics, but if you take one out, it simply wouldn’t be KyoAni anymore.

Honestly, after thousands upon thousands of words in write-ups and interviews with staff members, the truth is that we’ve only scratched the surface of what makes them such a special studio. Even as someone with an avid interest in the anime industry, a firm believer in the correlation between comfortable creation and consistent excellence, someone who’s been following them closely for years, hearing new anecdotes about the studio always manages to surprise me. In the wake of a tragedy, moments like hearing veterans from the 80s talk about then-tiny studio making a separate bathroom for women so that the predominantly female staff felt more comfortable, or watching KyoAni-trained freelance animators strongly rallying for the studio, brought out positive feelings amidst the despair. While we’ll never manage to cover all these anecdotes, though, I hope we’ve at least managed to paint a general picture of the studio; if we haven’t, rest assured that we’ll come back with more thematic pieces like this to get the message across.

After emphasizing the humane and artistic sides that have always characterized them, there’s one aspect to this situation I want to talk about before wrapping up this KyoAni-focused week: their future work. For the longest time, I was frankly not in the mood for that. It felt superfluous after a personal tragedy of such magnitude, and any early responses framed the lens of “What does this mean for KyoAni’s titles?” rubbed me the wrong way. Although they offered the possibility to come back to work fairly fast, the studio itself prioritized the physical and mental health of the staff over their output. Whether it was those who were hurt by the fire or the ones mentally scarred by losing the teammates they’d been working with for their entire careers, ample time for recovering was given; first immediately after the accident, and then with extra long holidays around the Christmas season. Yearly initiatives like the studio’s awards and the school recruitment were postponed, while some anime projects and the bi-annual fan event were outright canceled. Putting people first is very much the KyoAni way, so I’m glad they didn’t betray their values even during an unprecedented crisis.

A year later, their mood has changed; not in the sense that the studio has lost its way, of course, but rather how they’re looking forward with the resolve they never lost. KyoAni’s theme for 2020 has been rebuilding. Their regular hiring campaigns came back with more strength than ever, and as we mentioned in our piece about the KyoAni School, their training courses are expanding in scope and even locations—more than anyone else, KyoAni know that they need to properly train aspiring artists and acclimate that fresh talent to the studio’s unique needs.

There have been some obvious setbacks as 2020 made sure to make progress difficult for everyone, but even then they’ve managed to balance production with care for their staff. The studio proved their efficiency by wrapping up the animation production for the yet to be released Violet Evergarden movie around February, but at the same time, they didn’t hesitate in their response to the pandemic. KyoAni was the first major anime studio to shut down entirely as others worked through the crisis, and they were also the ones who kept those precautionary measures for the longest despite companies in Tokyo carrying higher risks. Although they’re now in the early stages of production for a new TV series, I wouldn’t be surprised if they took another break in case the situation takes another turn for the worse. Their dream of continuing to create animation that touches people all over the world makes no sense if it endangers their own health.

"What we can do now is connect our hearts to the future. Our drive to channel our colleagues' unforgettable spirits to create everlasting works will never waver. Forward, straight ahead. Into the next decade, for the next 100 years, into the future. KyoAni will continue foward." pic.twitter.com/x896Fi7s9U

Even with some knowledge about what goes on behind the scenes, it’s hard to predict exactly what awaits them in the future. We can, however, make educated guesses about what their greatest challenges will be. While the arson attack affected everyone— this was a traumatic event even for studio members in entirely different cities—some departments were hit more profoundly than others. Among them all, the damage done to KyoAni’s animation department has been massive. You can point out that their lineup of animation directors has been nearly halved, that it hit what was known as the best in-betweening team in anime altogether, and that it’s maimed their key animationKey Animation (原画, genga): These artists draw the pivotal moments within the animation, basically defining the motion without actually completing the cut. The anime industry is known for allowing these individual artists lots of room to express their own style. crew both when it comes to reliable veterans and promising newcomers—you can go through all the tangible tragedies, and it still wouldn’t capture the magnitude of it all.

But you know what? The people most aware of this are the ones who want us to be optimistic, and there truly are many reasons to be optimistic.The truth is that some of the most reliable animation directors in KyoAni history had taken a step back over the last few years for various reasons. This includes the likes of Rie Sezaki and Mariko Takahashi, who stepped down to make way for new generations while ensuring polish as clean-up experts, or Seiichi Akitake, who took a side step to focus on design work instead. There’s even the case of Kayo Hikiyama: once among the most beloved supervisors at the studio’s Osaka branch—now with the responsibility to handle a larger percentage of the burden—and available to step up in a pinch. Reorganizing a team capable of handling KyoAni’s virtually 100% in-house approach is possible.

And, being the way they are, it’s also to be expected to see new generations of artists reform the studio’s backbone. In fact, it’s already happening. Some ongoing promotions were clearly already in their minds, while others feel perhaps more precipitated by the tragedy—though entirely deserved seeing their skill. It would make sense for up-and-coming artists who graduated from the KyoAni School to be promoted in the near future, as they tend to have grasped both technique and studio idiosyncrasies the best, but that’s clearly not the be-all and end-all. Ryo Miyagi, a very promising key animator who differs from the vast majority of his peers because his training was actually at P.A. Works, has become an instructor at the KyoAni School—a role that tends to be reserved to individuals who hold key positions in their productions. Staff members have noted that new hires and younger members in general are more motivated than ever, and some consequences of that passion are already becoming visible.

There are some encouraging signs when it comes to their personnel then, but what about the situation on a more executive level? When you look at them as a company, things get complicated in their own way. President Hideaki Hatta has shown immense fortitude over the last year. He’s kept the same commitment to protecting the staff that his family, the ones who founded the studio in the first place, have maintained for decades. After fans from all over the world donated a large sum of money to Kyoto Animation to kickstart their recovery, he made the commendable but risky—although tax-savvy—decision to refuse to take any money for the company. All of it would go to the victims, their families, and workers who were mentally affected by this, while KyoAni itself would take none of it despite all their losses.

Adding to that, Hatta has slightly pivoted from an initial commitment to bring all the projects that were already on the table to a more measured position. In a recently published interview, he outright admitted they’re keeping the studio’s current capacity in mind when making decisions; seeing how the in-house approach seems unnegotiable, as is the high quality, chances are that this will lead to fewer projects being worked on and at a slower pace over the upcoming years. I don’t doubt that franchises the staff is very emotionally invested in like Euphonium and Free! will receive the sequels they were promised, but it would be unfair to expect much more than that and the likes of 20th Century Electric Catalog to happen in the near future.

While all of Hatta’s decisions are morally sound, they also mean that the studio’s margin of error is narrower—especially with Violet Evergarden’s movie also getting delayed and potential box office revenue cut for reasons they have no control over. While the studio has been smart in securing new sources of income (such as the reprinting of many production books for popular titles that they get all profits from), things might get dicey if their next few titles don’t meet the success they’re used to. After proving that a more ethical way to make anime is actually a good road to success, it would be a shame on yet another level if an external factor was what caused them financial trouble. But mind you: Hatta himself has stated that they’re past the donations phase, and that this team would much rather you support them after watching their animation and being once again touched by it.

There is no going back, but there is moving forward. And that’s what KyoAni is already doing—without compromising on what made them special, but rather rebuilding around it.

Thank you for posting.Its great of you to write down thousands upon thousands words for Kyoani and Im more than delighted to see all your pieces.Now I just wonder whether newcomers are taken in after the tragedy and how many.