We’re back to highlight another rising anime star, perhaps one of the most exciting ones we’ve tackled. Someone whose talent, ambition, and unwillingness to back down has allowed him to shine as animator, supervisor, and even immediately make a splash in directorial duties after giving them a try. There’s no ceiling for Koudai Watanabe’s potential! 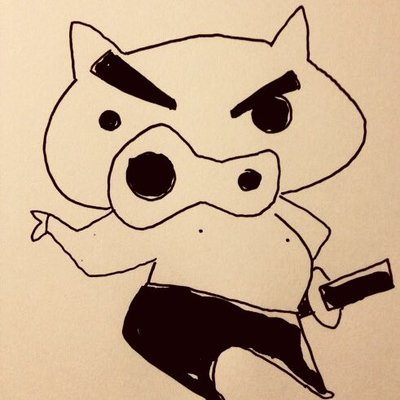 A few months back, the broadcast of a rather spectacular episode of Hugtto! Precure led to an Anime’s Future post covering the career of Masami “soty” Mori, one of the most promising young character animators in the entire Japanese industry at the moment. Now, after yet another extraordinary episode in the series, we turn our gaze to one of his mentors: Koudai Watanabe – a joyful animator, idiosyncratic designer, and first class director in the making. Since his output is almost entirely contained in anime aimed at kids, his name won’t get traction beyond very specific fandoms, but there’s a good reason that his mere presence in an episode gets creators from all over the industry excited. He’s already contributed to some iconic anime, and his current evolution indicates that, given the right material, he’s got what it takes to put together an all-time great title of his own.

To understand where Watanabe’s sensibilities come from in the first place, we’ve got to look back at a phenomenon we’ve explored in the past. After graduating from the Toei Animation Institute, he joined the studio as a trainee and was quickly taken under the wing of Yuki Hayashi. Though best known as Rie Matsumoto’s greatest ally, Hayashi’s arguably most important achievement was the mentorship of young animators at Toei that started a new current within the studio. Unlike the flashy action aces who have historically gathered at the studio, appearing in explosive short bursts, Hayashi’s style is all about the continued illusion of life; thoroughly acted sequences no matter the context, movement with down to earth timing yet quick to naturally switch to slapstick, expansive layouts even for the most mundane moments… His work always comes across as authentic despite being unconcerned with strict realism, and he achieves that in an outrageously economical way since he knows exactly how much he’s allowed to spare, both in number of drawings and detail. It’s a common occurrence to see renowned anime creators marveling at the soulfulness of Hayashi’s work, so it’s no surprise that he became an idol among new generations at Toei who had the chance to learn under him. And out of them all, we find Watanabe at the forefront.

Now, these webs of influences can sometimes simply stay as interesting trivia, but rather than being a purely artistic bond or a mentorship behind the scenes, Watanabe’s relationship with Hayashi shaped the first stages of his career. His precocious debut as animation director (at the age of 22, just a couple of years after his very first professional credit) entailed supervising most of the second half of Toriko #22, an episode that was otherwise in Hayashi’s hands – and he did such a good job that his teacher didn’t hesitate to share just how impressed he was by the studio’s new prodigy. The relationship continued with all sorts of meaningful collaborations, which led Watanabe to handle memorable sequences in the original Kyousougiga, and later return to the series as supervisor and key animator. His first design task was handling the monster concepts in Hayashi’s Tanken Driland, and then he took over the character designs altogether for the second series as his mentor went on to chase his passion project with Rie Matsumoto, again asking for Watanabe’s assistance when possible. The importance of their bond can’t be understated.

That said, we’re still talking about one of the artists with the boldest personality in anime; Watanabe constantly absorbs, but he proceeds to make concepts into his own after that. And while the philosophy behind his animation is very much inherited from Hayashi, there are also obvious shades of Hisashi Mori in his rough linework, plus some subtle Norio Matsumoto influence that’s shared by many top animators. And aesthetically, his identity is a refreshing throwback to the 90s; adorable bubbly designs, stylized and with goofy proportions, always sporting very distinct huge cheekbones (which he’s aware of to the point of making self-deprecating jokes). I would say that the best examples of this are his Driland designs and his vibrant take on One Piece, but truth be told, Watanabe is the kind of person who entirely transforms everyone’s designs when animating them. More adult aesthetics with realistic body proportions like Tiger Mask W’s can force him to stay a bit closer to the design sheets, and even then his personality will come through at any given chance. Watanabe will always do his own thing, even when it comes to his mentor’s work. The charm his drawings pack and the respect he’s earned from his peers allow him to get away with an approach that wouldn’t fly under regular circumstances, and this style he shamelessly flaunts has made him into the fandom’s wish when it comes to design work for right about any Toei title. 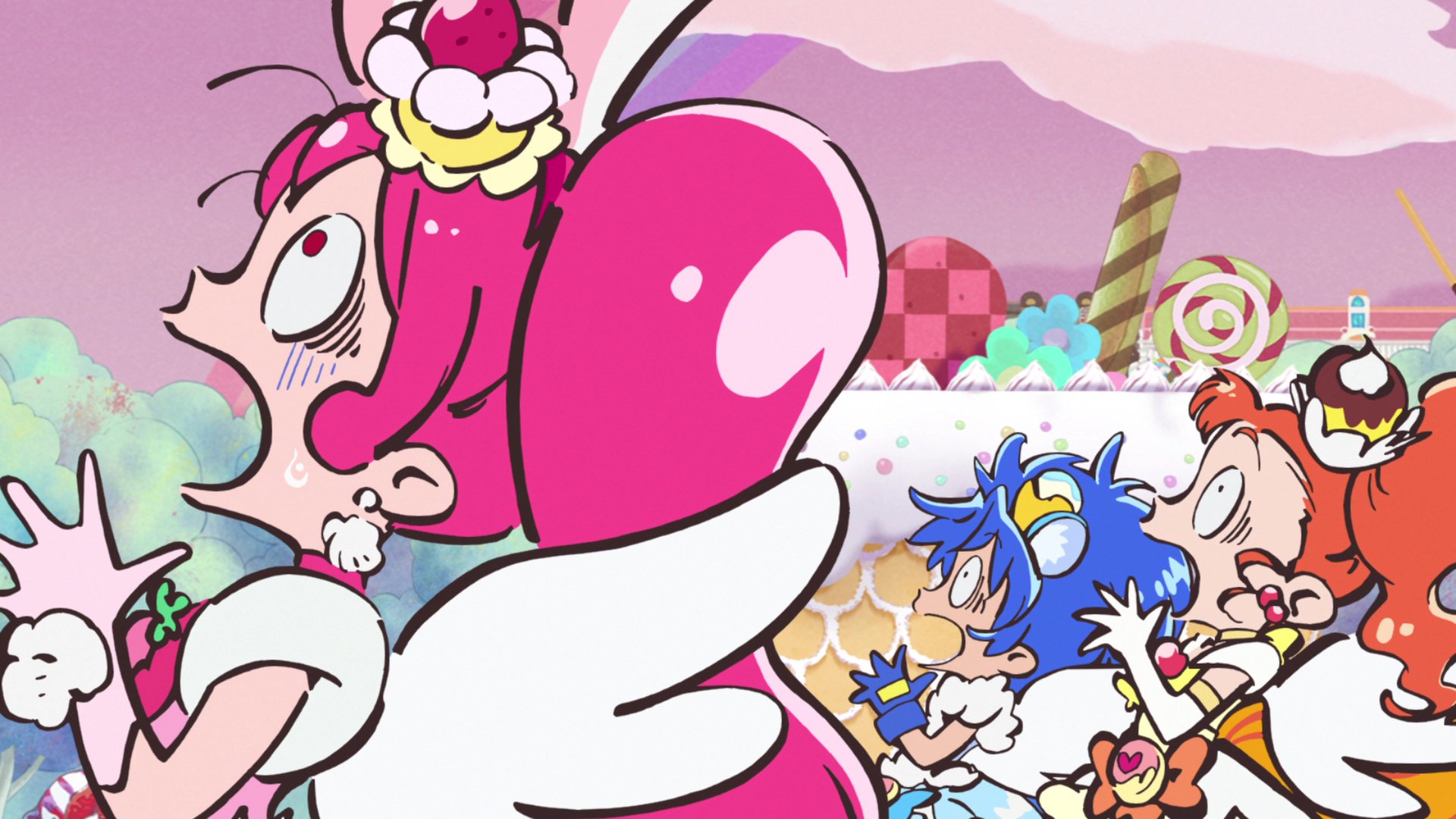 Watanabe’s popularity becomes most obvious when an episode supervised by him is about to air, since it always leads to half the anime industry excitedly talking about it on social media. His episodes feel like an event, which he’s earned not just with talent but with astonishing dedication. Despite Toei heavily favoring that production model, Watanabe has never really been a regular member of a show’s staff rotation ever since he was promoted to animation director. Even in his main projects, his appearances tend to be fairly scarce and spaced apart. If I add that he’s a notoriously fast animator whose versatile skills are in high demand, you might start to wonder how come his work isn’t more ubiquitous.

The answer is simple: sheer ambition. As supervisor, Watanabe still chooses to draw more key animation than anyone else – including the most demanding sequences – all while redrawing everyone’s work; his thoroughness is so extreme that he’ll excitedly talk about his juniors whose cuts he deemed worthy of leaving as they were, because he just assumes that correcting everything is the default position. The segments under his control consistently leave more of an impact than the work overseen by the animator who designed the characters in the first place, be it within a high-profile film or in a TV episode he wasn’t meant to handle in the first place. He offers nothing but attractive layouts and joyful animation, all obviously dyed with his own color. It’s not just talent and a very idiosyncratic style that have earned Watanabe all the attention he gets, but also his unwillingness to compromise, and the drive to instead tackle ridiculous piles of work. When you tune into his episodes, you know you’ll really get your fair share of pure Watanabe.

At this point, a normal post would be wrapping up already. He’s proven to be an exceptional animator worthy of captaining an interesting new current at Toei, his designs are a lovely throwback that everyone wants more of, and his ambitious approach to animation direction gets the anime industry deservedly excited. That alone more than earns him a spotlight on this site and a place among the brightest rising stars in anime… but there’s more. To the surprise of many people, it was revealed that Watanabe would come back to Tiger Mask W for its epilogue episode, after the narrative climax which was handled by the ace veterans who’d acted as the production’s backbone. He was paired with director Haruka Kamatani – a similarly exceptional young creator we’ll have to return to – like in previous episodes, but with a big difference: Watanabe was going to draw the storyboard.

The result was spectacular, surprising but at the same time immediately understandable. Though his technical understanding of how animation is constructed is well beyond his age and (in)experience as storyboarder, the fact that it all felt like the perfect amalgamation of the most brilliant directors he’s looked up to was reminiscent of how much of a sponge he used to be when starting his animation career. Ever since that Tiger Mask W epilogue, and especially on his breath-taking recent episode of Precure, Watanabe has worn his influences on his sleeves. His comedy, inherently built on the visuals rather than being textual, is very heavily inspired by heavily underappreaciated director Yutaka Tsuchida, whom he’s idolized for a long time; Tsuchida is all about contagious laughter, making the audience laugh just as much through reactions to something outrageous as the event itself, but always being careful not to come across as obnoxious. Because of that, Watanabe’s already showing a tendency to build layered gags with characters as spectators, as if they were further away from a camera that’s recording a skit. Sometimes these will feature exaggerated layouts and more stylized far shots that again bring to mind Hayashi’s work, as a reminder of where it all started.

And when it comes to more serious tones, Watanabe’s influences are just as transparent. The striking composition of many shots brings to mind his companion Kamatani, really keeping the Rie Matsumoto lineage alive within Toei. His usage of shadows as a framing device is very reminiscent of Akifumi Zako’s approach – and not by coincidence, since Watanabe’s first project as regular was his adaptation of Toriko, and he’s also currently co-series director of the Precure iteration that he’s focusing on. Perhaps the most obvious of all influences however is how openly he’s channeling the work of modern Precure hero Yuta Tanaka, both in general precepts like the spaciousness of battlefields and very specific nods like motifs and themes borrowed from Tanaka’s episodes. Enabled by his exceptional animation fundamentals, Watanabe has become an outstanding storyboarder in the blink of an eye, a living amalgamation of Toei Animation’s absolute best – not a collection of their quirks, but an organic combination of their essence that shows just how much he understands this medium. It doesn’t make sense to highlight someone as an exceptional director with only two storyboards under their belt, but pretty much nothing about his career follows the rules to begin with.

What’s coming next, then? Just yesterday he was casually joking about how now that he’s got a solid grasp of this storyboarding thing, the prospect isn’t as entertaining anymore. Will he move toward full directorial duties as his next challenge, or will he try to reinvent his animation? Perhaps both? Not even the man himself knows, but what’s obvious is that his ambition, dedication, and talent make him one of the most exciting creators to follow in anime at the moment. You better keep an eye on him!