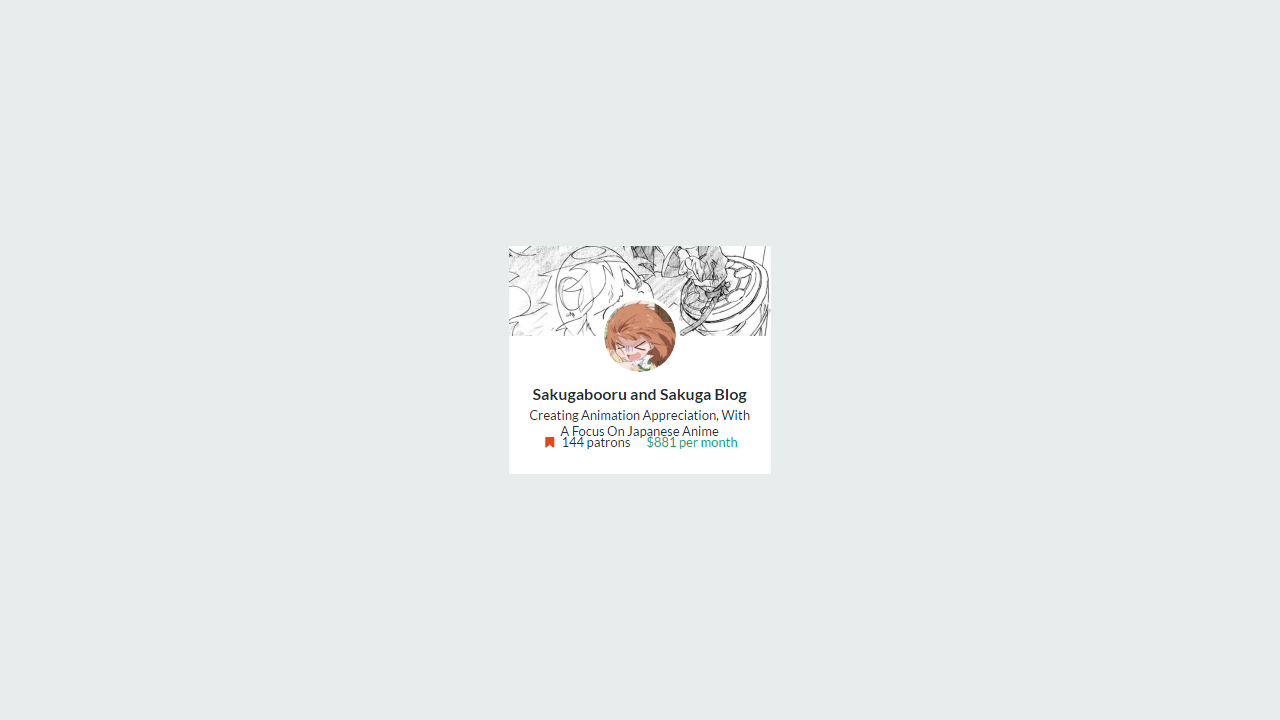 We’ve done it again, thanks to you all!

We’re delighted to announce that earlier this week we reached the second goal we set on Patreon. Our readers’ support has been fantastic so we can’t thank you all enough. Maintaining Sakugabooru and the SakugaSakuga (作画): Technically drawing pictures but more specifically animation. Western fans have long since appropriated the word to refer to instances of particularly good animation, in the same way that a subset of Japanese fans do. Pretty integral to our sites' brand. Blog is incredibly time-consuming, especially as we keep on adding new regular features, but this has been a very important step towards what we wanted to achieve; accessibility has always been an issue when it comes to messages coming straight from anime staff, since that gets no PR and thus inevitably escapes regular news sites. This is no attack against them – that’s simply not the area they focus on, but it means that there’s a lot of important information that most fans miss. Following a bunch of people on Twitter was a way to sort of bypass this problem, but there was no ideal centralized feed and the character limit always meant that this came with no contextualization. And that’s exactly what we plan to provide here; generally short-form posts covering anime industry news inaccessible to western fans, coming from sources like events, social media, specialized magazines and the likes. If you want an example – we’ve already published one!

As for plans for the future, very soon you’ll see another kind of post pop up. We also promised that once we hit that goal we would start posting monthly writeups highlighting outstanding staff coming up to current anime. This will entail buying all major anime magazines – another reason the costs keep increasing – every month and keeping up with various sites/comments, but hopefully the result will make it all worth it in the end. It’s always nice to know when an upcoming episode has been entrusted to particularly capable creators, and until now that was information that very few people had access to.

Besides that? We always stress out that continued support is of utmost importance; not to make our supporters feel pressured, but because it really is what makes the sites’ continued survival possible. Everyone who can afford to give us some money will be highly welcome. We’re not happy with just keeping what we’ve achieved though, so there already are very interesting plans unfolding; you can look forward to a very direct way to learn from anime creators if our ideas come to fruition, but for now let’s leave that as a tease. Rather than deciding a goal ourselves this time though, we thought it would be better to let the readers decide on a specific objective themselves. We recently launched a Q&A service as requested by people and that seems to be working out well, so it seems like consulting our Patreon supporters and fans in general is a good idea.

Kevin, what are the Patreon goals again?

We started with $600 to be able to afford to host everything and not starve ourselves, then $850 to add to what we were writing some news coverage and upcoming staff roundups. We haven’t set the new one yet since we’d like to make Patreon supporters decide it.